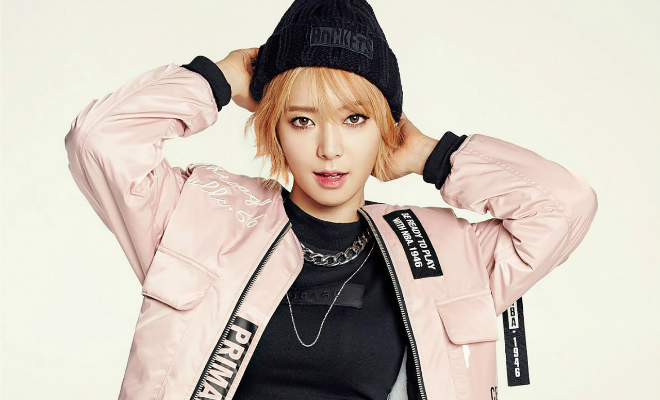 South Korean singer Choa has decided to officially depart from her group AOA, an announcement she made on June 22 via her Instagram account.

However, upon realizing that the problem lied not on fatigue from activities but on the work itself, Choa halted all her schedules. “I’ve suffered so much stress and depression during group activities,” she added.

Choa also offered her apologies for belatedly explaining her long hiatus. According to her, she tried returning for her fans who have waited. But she became concerned that her prolonged hiatus may negatively affect the rest of the members, which she promised to continue supporting.

Her decision, she said, has been coordinated with her agency, FNC Entertainment. Since AOA’s March concert, the 27-year-old singer has been away from the public’s eye. She previously addressed her absence in May, saying she was only taking a break, and will return soon after.

Choa also shut down rumors that her departure from the group is due to pregnancy or marriage. She once again denied that she was dating Lee Suk Jin, the CEO of gaming company Najin Industry. Dating rumors between the two first circulated in May, which she flatly denied.

In another Instagram post, the singer clarified that the supposed “couple vacation” with Lee was a trip with her sisters. Lee was simply helping the singer in arranging things since she was also unfamiliar with Japan.

Despite FNC’s statement that it will still look into the case before making final statement, Choa reiterated her decision regarding her departure in the second post.

She then apologized again for delivering such news, and hoped that the controversies which came out following her departure will not negatively affect the AOA members.