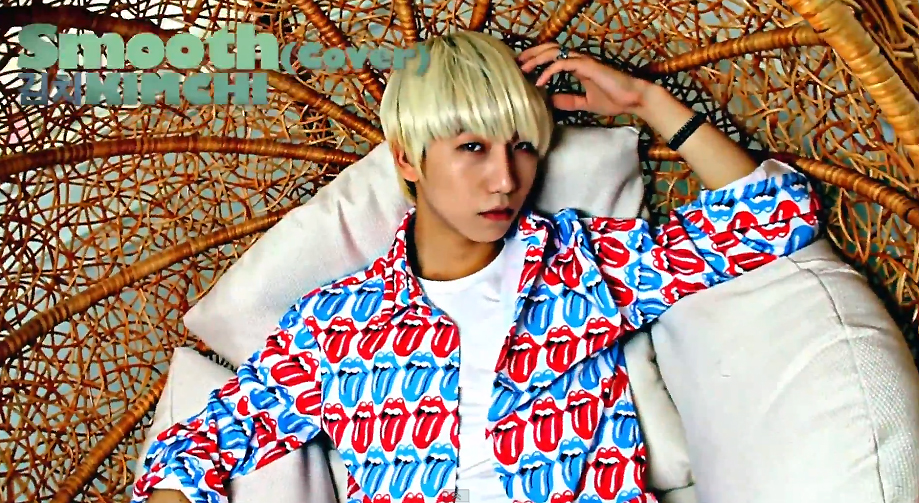 It’s a normal occurrence for K-pop artists to cover international chart-topping hits on radio shows and concerts, but Double A’s (AA) member Kimchi brings something new and refreshing to the fray with his cover of Latin rock band Santana’s Grammy-winning classic, Smooth!

Kimchi is seen lounging amidst a pile of white pillows on a rattan chair as he performs his rendition of the 1999 hit single, which originally features Rob Thomas for vocals. The video emphasizes on Kimchi’s vocals as scenes of him singing continuously to the Spanish-influenced tune are rarely interchanged with other still footage.

Kimchi’s video is also the third installment of Double A’s cover project, where the individual members of Double A are able to showcase their vocal ranges and passion for singing through their own respective covers.Members Aoora and Woosang had their respective covers of Pink’s Just Give Me a Reason and Justin Bieber’s Boyfriend uploaded on Double A’s official Youtube channel prior to Kimchi’s.

Are our readers anticipating Hoik’s cover already? Do you think that Kimchi did justice to Santana’s classic? Watch his cover below to find out!