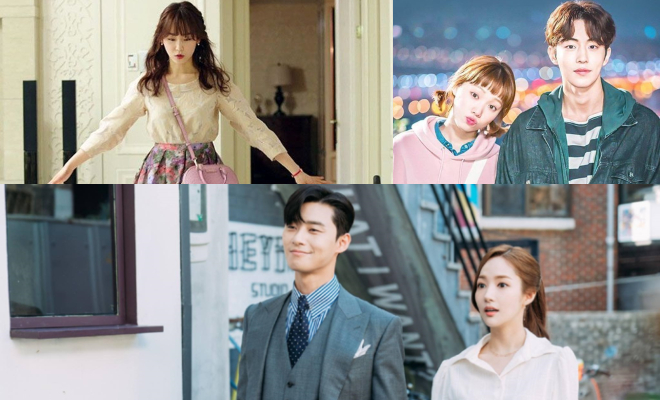 How To Dress Up Like Your Favorite K-Drama Idols

Korean trends have slowly but surely taken over pop culture ever since dramas and music groups rose to fame in the 2010s.

As expected, many fans now look up to these actors and artists for inspiration, emulating their style and fashion sense. You have to admit: K-fashion definitely adds flair to your wardrobe! And who doesn’t like that from time to time?

In today’s post, we’ll be focusing on popular K-dramas and characters that have inspired viewers to dress better—whether it’s for casual wear or business attire or something girly or sporty, among others.

While K-dramas are known to have incredible plots and well-written unique scripts (compared to googling “Write Paper For Me”), many people have noticed the fantastic wardrobe and costume design that goes into each episode. Let’s break down a few of the best K-drama fashion in the post below.

Legend of the Blue Sea aired from 2016 to 2017. In the show, Shim Cheong’s character is portrayed as a naive mermaid clueless about land and the world above the sea. But every time she comes on, her fashion sense screams haute couture and designer items—making her an instant icon in the K-drama world.

If you’re looking to dress posh, there’s no better character to take inspiration from. Sim Cheong’s blazer sets, winter wear, and dresses are all chic and colorful—perfect for making a bold statement for your next night out.

Is this even a K-drama list without mentioning Goblin? The sensational show, which also aired from 2016 to 2017, acted as a catalyst for K-dramas to be put on the mainstream and inspired broader audiences to watch Korean shows. Besides the unique plot that lured people in, the fashion sense of the characters didn’t disappoint either. 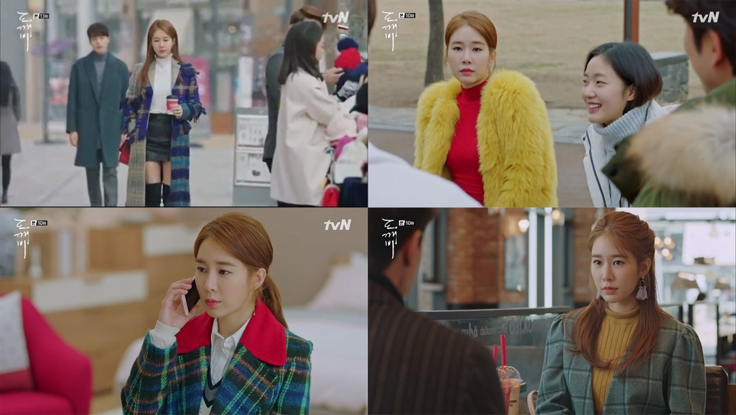 Kim Sun is a fan favorite. Her persona as a queen in her previous life presents her character in effortlessly stylish coats and winter outfits. If you’re headed to a country with a cold climate and want to have #OOTD shots, you may want to go for the type of colors and texture combinations that Sun wore on the show.

For the men reading this post, we’ve got your back, too! It can be challenging to look at inspiration for dapper styles, but Kim Shin and Grim Reaper on Goblin are iconic for this.

For guys who want a bit more color and flair in their outfits, Kim Shin is your obvious peg. If you’re a fan of monochromatic looks and like all things dark or black, Grim Reaper will show you how it’s done. These two characters, even with contrasting personalities, were a sight to behold as they always coordinated outfits on the show. 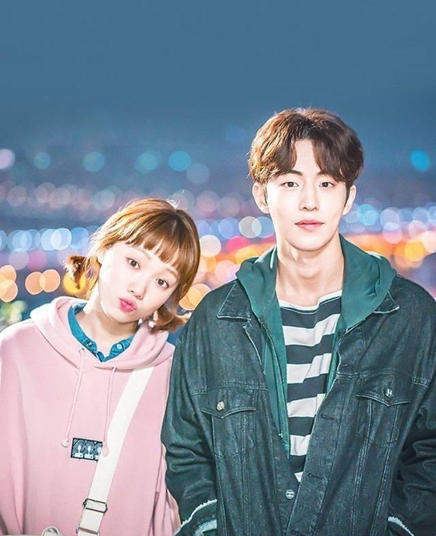 Besides giving viewers worldwide butterflies and sweet scenes, Weightlifting Fairy featured some of the best casual wear for both men and women when it aired. Kim Bok Joo and Jung Joon Hyung often wore coordinating or similar outfits when they would come on screen together, which was very telling of their relationship and palpable chemistry.

Winter wear is probably where their fashion sense shone the most, and they weren’t afraid to layer, use patterns, or experiment with colors and textures. The youthful and simple pieces they wore on the show made their characters relatable to viewers, too, as you didn’t need so much to put on a big fashion statement.

If you’re looking to diversify your casual wear options, try to rope in your significant other and wear coordinating outfits together! 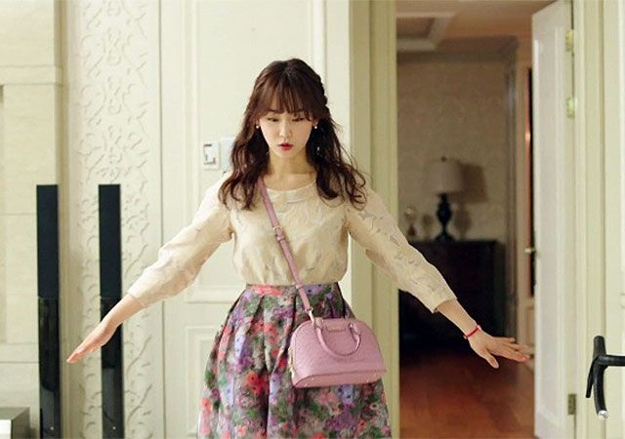 If casual wear isn’t your thing, you can always flaunt your girly side with dresses. It’s also an excellent option for warmer weather—winter shouldn’t have to take all the fun when it comes to dressing up!

There’s another side of K-fashion that focuses on sweet and dainty clothes, just like how Oh Hae dresses in Another Miss Oh. Florals, pastels, and loose flowing fabric are quintessentially girly but stylish. You can even pair up your look with a colorful bag and loose curls to complete your girl-next-door look.

Drama: My Love From The Star
Characters: Do Min-Jun and Cun Song-Yi 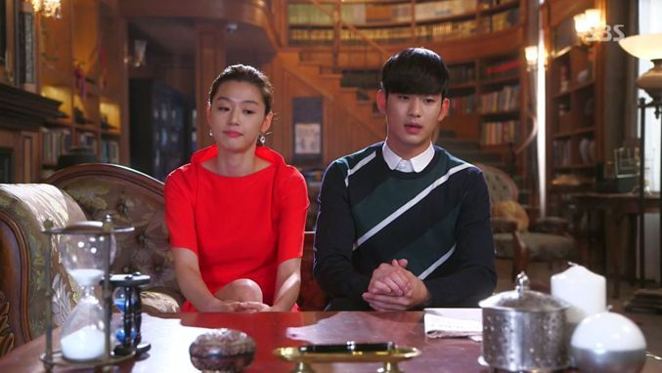 Credit: “My Love From The Star” still

This 2013 classic is a popular one among avid K-drama fans. It also features another boy and girl duo for guys looking for inspiration.

In the show, Do Min-Jun is an alien who arrived on planet Earth four centuries ago. His fashion sense is very minimalist and only revolves on neutral colors, such as blacks, greys, and whites. It’s simple, no-nonsense, and perfect for busy guys who want to look put-together with not much effort.

Our male lead strikes up a romance with Chun Song-Yi, an A-list celebrity. Due to her profession, she is always wearing trendy fashion pieces, like colorful skirts and dresses. Fun fact: The actress who plays the female lead is the same one who plays the fashionable mermaid referenced in Legend Of The Blue Sea. Talk about a proven fashion icon! 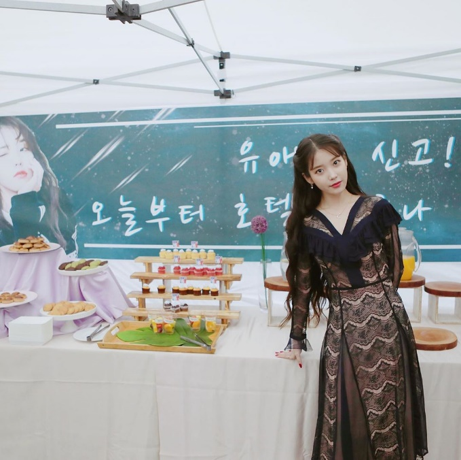 Hotel Del Luna is one of the more recent K-dramas in this list. It aired in 2019 and became popular because of its dark fantasy genre not commonly seen in other mainstream K-dramas. The main character Jang Man Wol may be a ghost in the series, but that did not stop her from being so fashionable!

If you’re going for something glam or elegant, Man Wol can teach you a thing or two about it, with midi-dresses, lacy frocks, and accessorizing. She loves pairing her dresses with hats and jewels, adding that extra sophistication in her outfits! 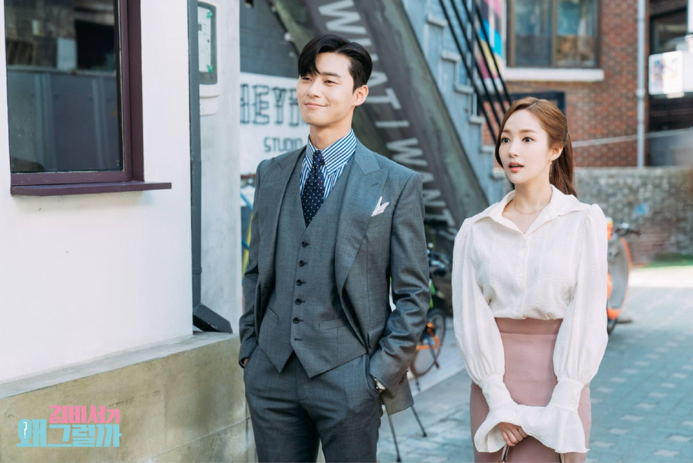 Aired in 2018, this K-drama was a popular rom-com with a star-studded cast. If you are looking for ideas on what to wear to work, look no further. What’s Wrong with Secretary Kim revolves around the office setting, which means our female lead Kim Mi So has mastered the art of professional and trendy work attire.

She is almost always seen wearing loose, flowing blouses, paired with a trusty pencil skirt. She also likes playing around with bold colors, pastels, neutrals, and silhouettes. Remember: fashion is for the office too–it’s possible to play around with your corporate attire.

Which Shows Best Matched Your Style?

K-dramas are already fun, entertaining, and heartwarming on their own, but who knew it would also be a great way to discover new fashion inspirations? With different settings, character backgrounds, and seasons, you would get to mix up your current style and try out new things.

Plus, the great thing about fashion is you can wear whatever you want, whenever you feel like it! You can channel something comfier like the stars of Weightlifting Fairy on most days, or you can shift to something daintier like Oh Hae on a Sunday brunch with friends.

Are there any other shows you think should’ve been a part of this list? Share it with your friends and let us know on social media!