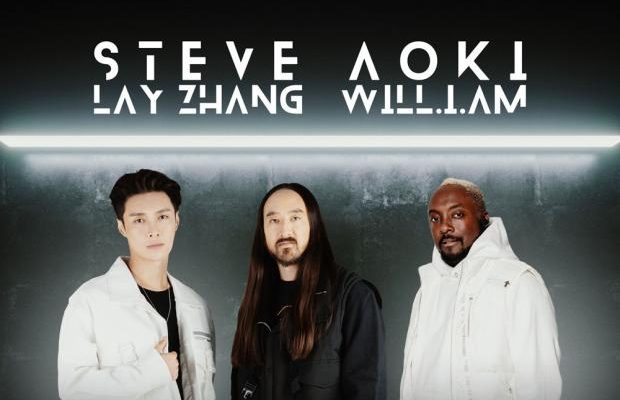 EXO’s Lay, Steve Aoki, And will.i.am Share Thoughts On Collaborating With Each Other For “Love You More”

Nothing radiates “triple threat” energy in the music industry more than the latest team-up of EXO’s Lay, Steve Aoki, and will.i.am!

In light of their recent huge collaboration, EXO’s Lay, Steve Aoki, and will.i.am shared their thoughts on working together to bring a splendid song—and they have nothing but great praises for each other! 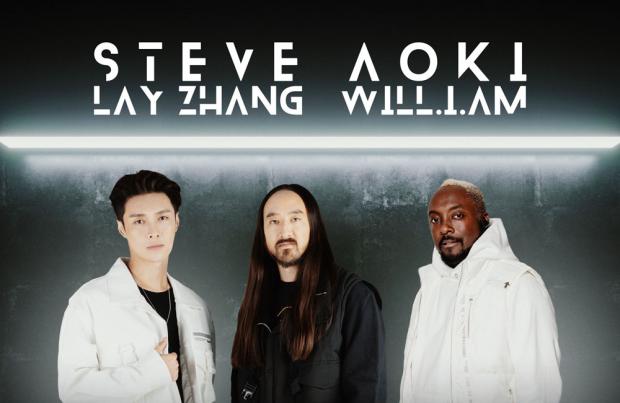 Titled “Love You More”, the hit three-way collaboration was unveiled recently in preparation for Aoki’s newest record Neon Future IV which is slated to be released on April 3.

The track serves as a dynamic offering from these three acts that explores the complicated emotions and infatuation with the person you love— even if they may be bad for you.

Opening with a soft synth and light vocals from one of China’s biggest superstars—the one and only award-winning singer-songwriter, record producer, and actor Lay Zhang, the song transitions into a deep bass courtesy of Aoki.

Lay’s crisp vocals were then further highlighted in the song as he continued crooning about how “with every rule you break, every risk you think to take, there’s one thing I can’t ignore is that I love you more”.

The multi-faceted seven-time Grammy Award winner and Emmy Award winner will.i.am also added in to the musical delight with his raps that honed in on the deep passion that one feels, may it be for better or worse.

U guys guessed it… @layzhang and @iamwill together on our new song LOVE YOU MORE! It’s about ❤️ something we all need now ?? out this Fridayyyyy ? pic.twitter.com/dZdLzhp8oy

Thoughts On Working Together For “Love You More”

With their impeccable chemistry making itself evident on the song, it goes without a doubt that the three worked with each other’s vibes and energies very well.

“Collaborating with Lay and Will was definitely one for the books. I’ve wanted to work with both artists for a while, so having them on one track together brought so much value to the creative process,” Steve Aoki shared.

Touching on the superb abilities of his collaborators, the two-time Grammy-nominated producer/DJ also said, “Lay with his unmistakable vocals and Will with his hard ad-libs took this song to the next level and merged all of our worlds in the process.”

Meanwhile, Lay—who has collected a huge amount of accolades including his title as the best selling artist on the Tencent Music Entertainment platform as well as the designated ambassador for a total of fourteen global brands—expressed how much of a pleasure it was for him to work with the two equally-astounding artists.

“Steve has great energy and Will has a dope style. I feel honored to work with and exchange culture between these two. I hope more of these cross-culture collaborations can happen!” the singer said.

In a tweet, he also voiced out his hopes to be able to perform “Love You More” on stage together with Aoki and will.i.am.

Thanks @steveaoki for letting me be part of the song! @iamwill did amazing on his part. I hope we all can perform this song on stage together! Go listen to Love You More! It's out now! pic.twitter.com/9NbtFpyJUx

Lastly, will.i.am noted the delightful diversity that was displayed in the song through the team-up of them three, who are among the biggest artists in their own respective fields.

“Working with Aoki is always magical, and Lay is an amazing artist. This collaboration is cultural exchange at its finest, when East meets West,” the global music artist and creative innovator shared.

Listen to “Love You More” by Steve Aoki, EXO’s Lay, and will.i.am below: