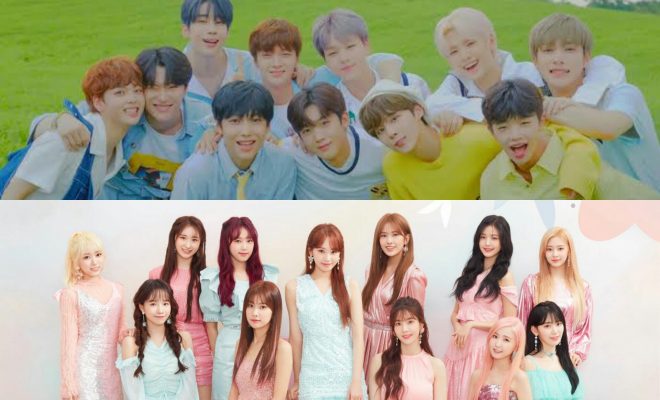 Photos from Swing Entertainment and Off The Record

X1 and IZ*ONE do not deserve to get entangled in the mess made by Mnet – and that is what fans are appealing for all around the world.

Fans of debuted Produce 101 project groups X1 and IZ*ONE have staged their stand on calling for the two groups to be excluded from the backlash of the situation that Mnet is currently facing. 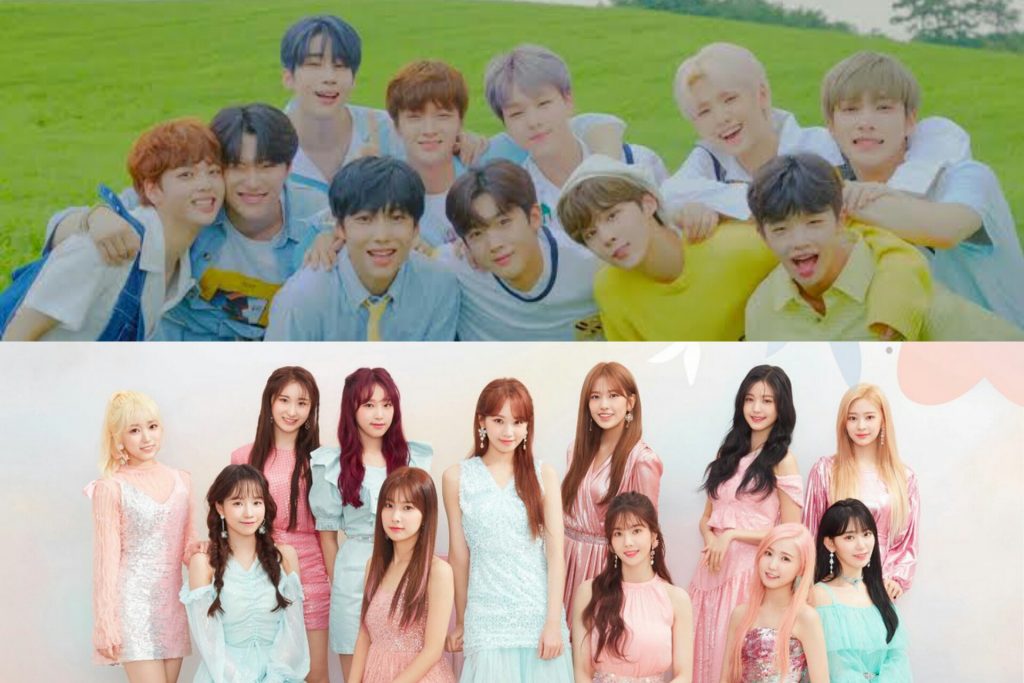 Following the results of the investigation confirming allegations of vote manipulations during Produce 101 from its PD which also brought to light the immoral and illegal ways of bribery from certain entertainment agencies – not the trainees themselves – during the show, fans have expressed their worry over the current project groups from the show – X1 and IZ*ONE – being involved in the backlash from the mess that both Produce 101 and Mnet are facing.

Since investigations began, the two groups had been in a fickle situation and had been walking on eggshells – especially X1 who had just debuted in August this year. However, the outcome of the investigation had taken its toll on both as it directly hit their activities right after.

In fact, on the afternoon of November 7, it was announced that IZ*ONE’s scheduled comeback album’s release on November 11 will be postponed, along with their comeback show.

While Netflix had reassured fans that IZ*ONE’s guest appearance on the second season of their show Busted! will go as planned, local networks have not spoken up yet about the final status of the girl group’s scheduled appearances for their comeback. Most of these shows had been filmed already – and MBC’s My Little Television 2 had already come to a decision to edit out the group’s parts out from the show.

The situation and immense backlash have led fans to voice out how both X1 and IZ*ONE must be left out of this mess, as it is not any of the artists’ fault – and the current situation that Mnet is facing is something completely out of these artists’ hands.

Both hashtags #StandUpForX1 and #WIZONELOVEIZONE quickly took off to Twitter’s top trends worldwide, where fans had been expressing support for the two groups as well as outrage over the current treatment that the groups had been receiving, both from the entertainment industry and netizens. Questions arise as to why the groups must be the ones to bear the consequences of the PDs’ faults – when even they might not have known about it nor took part in the decision-making processes of their agencies.

“Being a family means you are a part of something very wonderful. It means you will love & be loved for the rest of your life”

As produce family we will be always stand for you guys. Lets just shower them with the love and support they deserve ?#StandUpForX1 #WIZONELOVEIZONE pic.twitter.com/NDXM70fGt1

even if the world turn their back at you. let’s walk on the flower path together, always. #WIZONELOVEIZONE #StandUpForX1 pic.twitter.com/UmchPEz8X6

Tear us. Break us. Hate us. But you cannot stop us from loving them.#StandUpForX1 #WIZONELOVEIZONE pic.twitter.com/XVKF4NQ5Eh

Additionally, fans remind everyone that the two groups are also victims by the controversy – which had since been stunting their growth as artists and holding them back from showcasing their talents, especially for X1 who had just debuted but had to be continuously hounded by the issue and weren’t even given a proper time to shine. Many hope for the hard work and perseverance of the two groups to not be disregarded and thrown away – as their efforts to reach their dream are separate from condoning what those in power had done.

Photos from Swing Entertainment and Off The Record