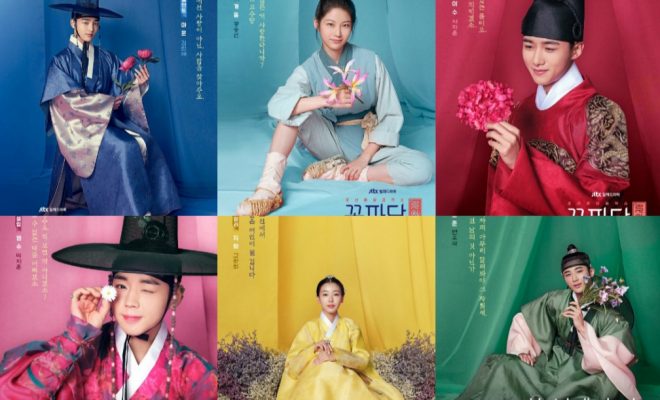 Shaping up to carry a modern vibe, Flower Crew: Joseon Marriage Agency readies for its premiere in September. 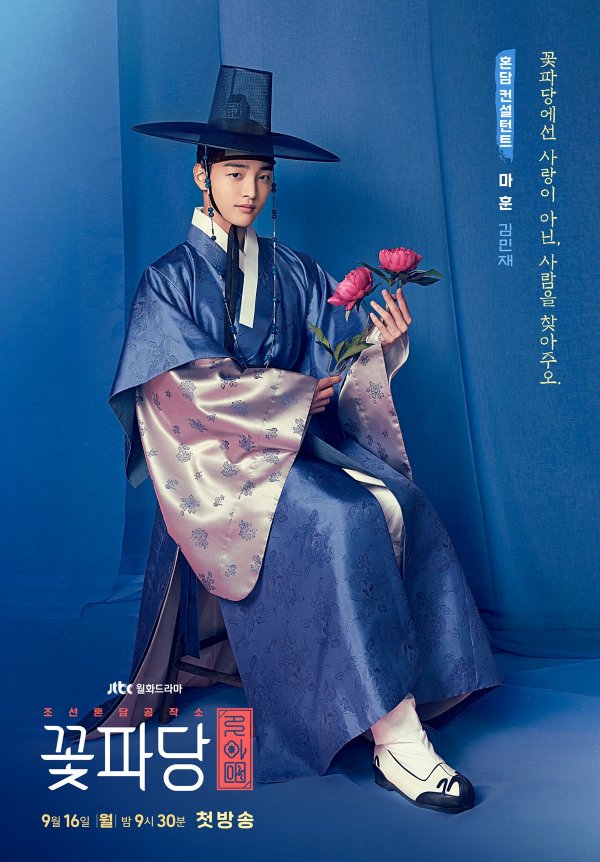 In terms of matchmaking success, Ma Hoon a marriage consultant, has a 99% success rate in managing marriage, divorce and remarriage. Beating the odds, the higher risk for his dealing, the higher money he gets. Therefore, he diligently finds the best points and opportunities to succeed. 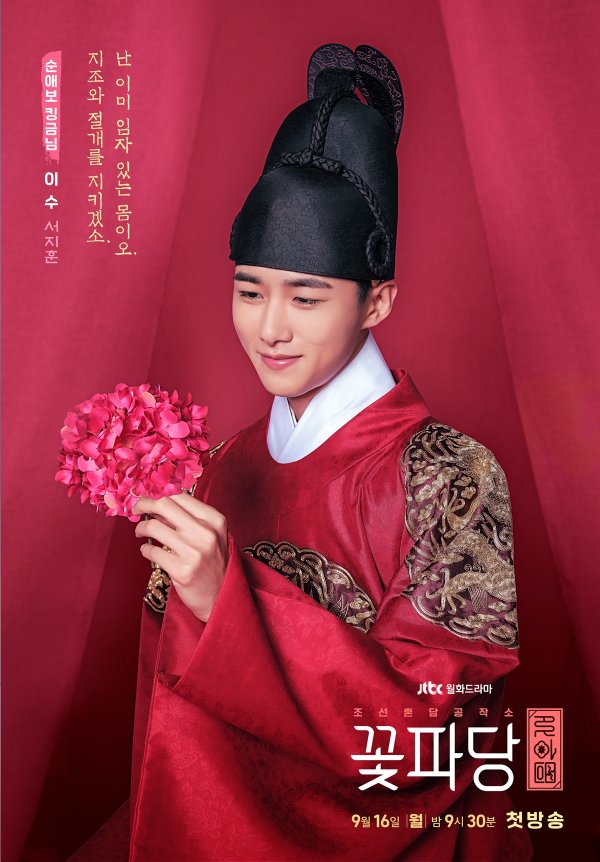 Life changes for the best and worst for Lee Soo who has lived 23 years of his life as a blacksmith. Suddenly, he becomes the Kingdom’s monarch overnight. Trying to fit in his new role, his unwavering devotion to his first love remains the same. It is with that predicament that he sought the help of Joseon’s top marriage agency.

Suiting up as King Lee Soo is Seo Ji Hoon, who has been making quite a busy splash on his career. His most recent dramas include Tale of Fairy, Prison Playbook and School 2017. 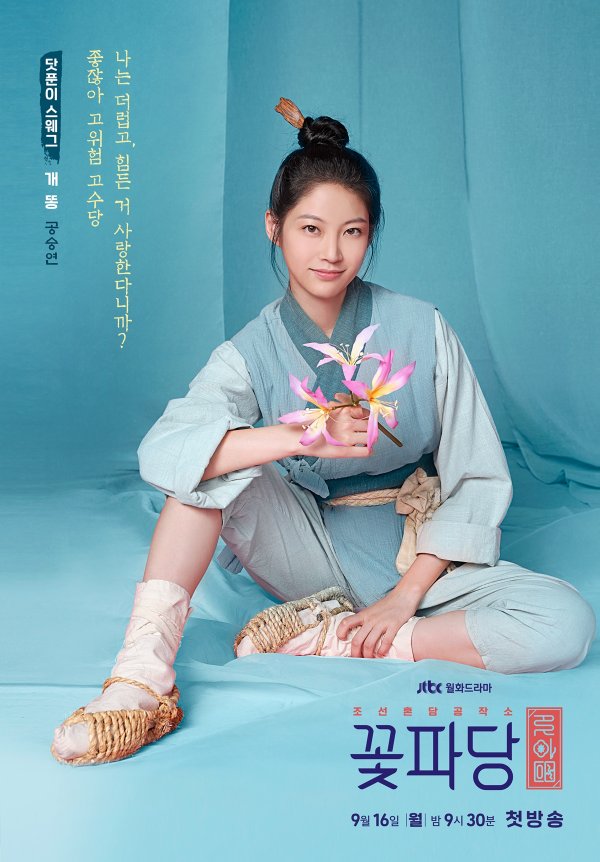 Challenging the role of King Lee Soo’s first love, a commoner Ggae Dong undergoes transformation through the help of the Flower Crew. Based on the video trailer showing her uncaring boyish attitude, turning her to a woman of elegance would be one of the charming points to anticipate in the series.

Talented actress Gong Seung Yeon has been successfully building her portfolio with a string of well-received dramas such as Circle and Are You Human?. 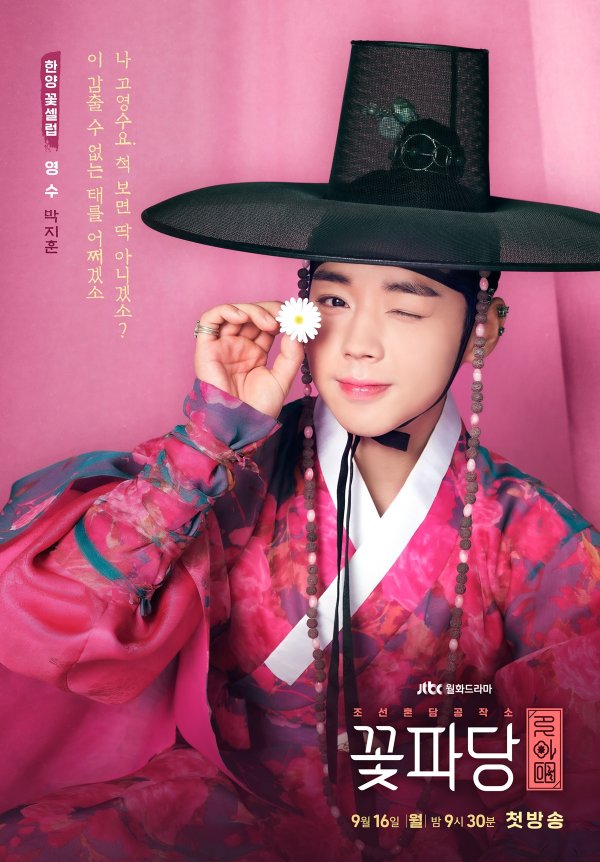 Dashing debonair who can charm Joseon women with his “wink”, Go Young Soo is in charge of fashion and styling in the flower crew. As the image consultant, expect feel-good moments from his cheery attitude.

Marking his return to small screen as an adult, Park Ji Hoon preps up to his role as the fashion go-to-person in Joseon. In March this year, the former Wanna One member, released his first solo album and has also embarked o his first fan meeting tour.

Byun Woo Suk as Do Joon 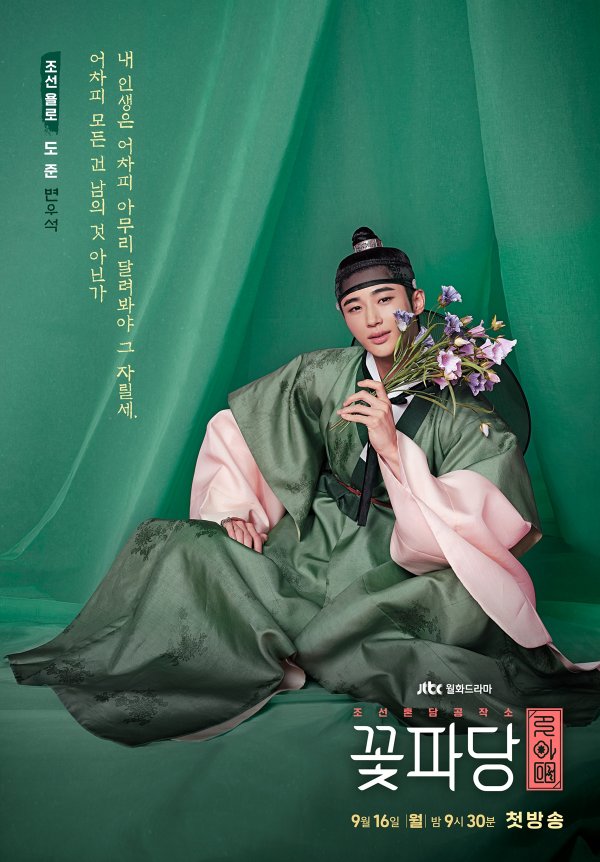 Tasked to play the role of Do Joon, the resident smart guy of the crew is Byun Woo Suk. His brains will be of great use in improving the personality and intellect of the client. Fascinating with his mysterious aura, hidden details of his past has led him to join the Flower Crew.

Byun has taken supporting roles in projects including Search: WWW and  Welcome to Waikiki 2. 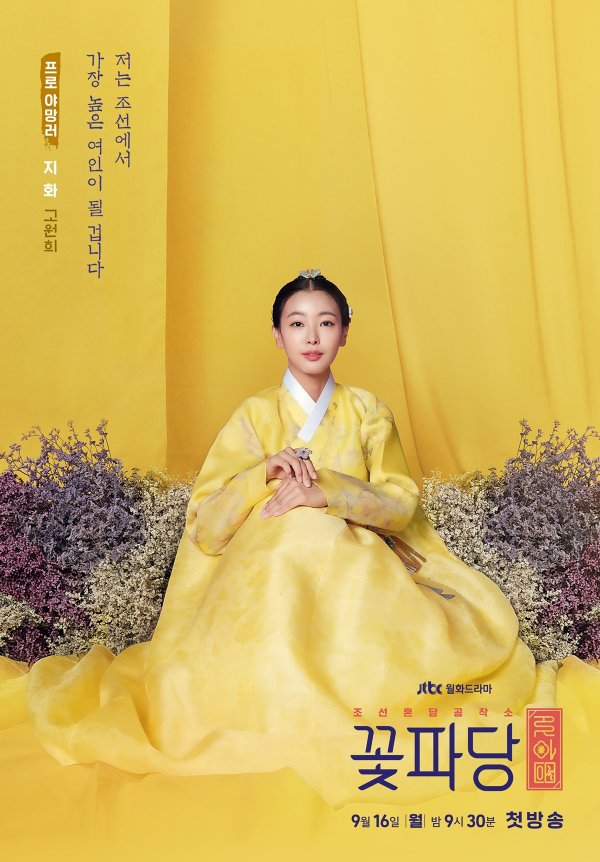 Ambitious Kang Ji Hwa yearns to become the highest woman in Joseon. Proud of her goal, she looks to be a road block for what the Flower Crew aspires as ordered by the King.

Go Won Hee gears up for the role of Ji Hwa. After the success of her recent KBS series, Perfume, the rising actress is set to breathe a new character which will draw interest the way her previous roles have been. Her thriving drama portfolio includes Your House Helper and Welcome to Waikiki.

Notably, the images released draw attraction with flower props featured as details in the photos. Ma Hoon holds a peony while Ggae Dong has lily. King Lee Soo captivates as he stares on hydrangea.

Meanwhile, Young Soo is as bright as the beautiful daisy he represents; just like how Do Joon charms with baby morning glory in his hand.

Flower Crew: Joseon Marriage Agency will premiere on September 16 at 9:30 p.m. via jTBC. 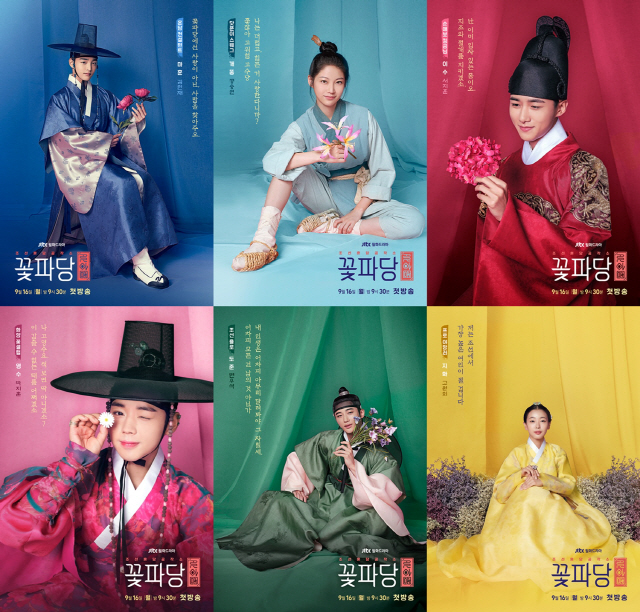