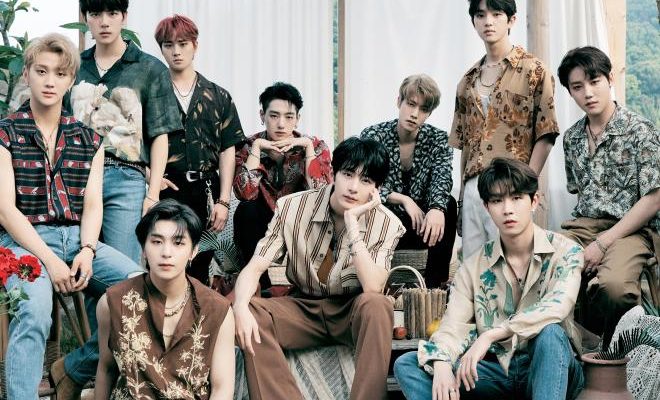 Get immersed in GAME CHANGER and feel the variety of colors that Golden Child has to offer!

Golden Child dropped its second full album GAME CHANGER and declared they have a lot in store for music fans. The fascinating new work delivered different types of songs to choose from. Aside from the group tracks, the members prepared solo and unit numbers that contain unique glamour to them. 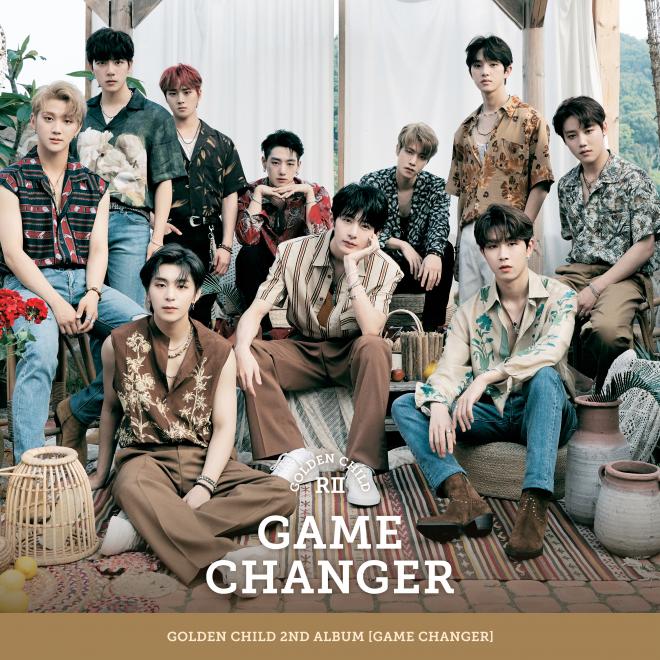 The title track “Ra Pam Pam” leaves quite the impact, from its melody to its lyrics. With a Latin sound, the whole song itself is addictive as it has that feeling which makes listeners follow the rhythm naturally. Meanwhile, the lyrics tell of the strong will to move towards hope in the face of hardships.

The members add to the completion of the track with their impressive energy and vocals. This is a song that can easily be put on repeat and not get tired of. Just as the track has a strong message on its own, its clip maximizes it through visualization.

Golden Child once again decided to give fans a whole story in its music video. The clip begins with scenes from the after-effects of the disasters which created a planet that is hard to live on. From the video, we learn that the air outside is unbreathable, thus the reason for the oxygen masks. The reason behind this seems to be some kind of machine, which is the target of the 10 members.

The boys seem to be looking for a way to fix their home planet and be able to roam outside freely. From the looks of it, staying inside does not make it easier to exist or live for too long either. After facing the idea about everything looking hopeless and the fact they have nothing to lose at this point, their will to survive kicks in.

This is how the song’s message is portrayed in an emotional and thrilling way. Daeyeol and Y both make their way to the machine in order to turn it off, which they end up succeeding but at what price?

The video shows the power and determination a person can get from their mind alone, and how that strength can be transferred to their body, allowing them to do things they thought were not possible.

The members prove that when one moves towards hope, despite the obstacles on the way, they can achieve their goal. As that happens, the dusty and polluted air will disperse, making way for the breathable one to take over, along with the light to shine upon the new beginning.

Not only do we have an action-packed story, but the music video also shows glimpses of the choreography for “Ra Pam Pam”. It hints at some iconic highlights which will stick in the mind of viewers. Overall, both the music number and its video are masterpieces that need attention.

No doubt, a versatile GAME CHANGER

The intro song carries the same name as the album, “Game Changer”. It is an intense instrumental that prepares the listener for the ride they are about to experience with the following songs. Not only is it hyping us by slowly building up the tension, but it is also getting us ready for the title song which follows up.

“Bottom Of The Ocean” is a refreshing and pleasant surprise from the boys. It is an English song that gives off an older boy band sound, which was popular among global fans. The familiar feeling the music piece emits gives it an instant charm, as it easily grabs onto the listener. In addition, the members’ voices sound perfect in English, showcasing they can shine well while creating music in other languages.

“Fanfare” is a fun, disco funk-style song featuring colorful brass and rhythmical bass. It’s an addictive piece that expresses the hard falling in love after a first meeting. It is one of those songs that will get a person to stand up and dance as they sing along to the hooking lyrics.

“Singing In The Rain” is a slow jazz track that uses a mellow piano and the quiet sound of raindrops to fully immerse the listener into the song. It is a duet between Joochan and Bomin, both of which bring forth impressive singing skills and soothing vocals.

The next song, “GAME”, is also a duet and it is performed by TAG and Jibeom. The two showcase the flawing synergy between a powerful rap and solid vocals. The song compares the attraction and pulls towards someone of interest by referencing actual gameplay. Just like with real games, people can get addicted to getting further and more importantly, to their end. One has to play the game to reach the final stage while proving themselves along the way.

“Spell” draws attention with its repetitive lyrics that easily hook the listener. Not just that, but it has a lively feel to it and shows the group’s growing talent and charisma once again. The lyrics unfold the story of a love that gives off the feeling of being under a spell.

Get ready to melt for the sweet voice of leader Daeyeol, who got a whole solo song for himself. “Out The Window” is a medium-tempo track with acoustic pop and ballad elements. It highlights the steady and remarkable voice of the artist, allowing him to bring out his charisma through his gorgeous and emotional singing.

“POPPIN'” features another duet between a rapper and vocalist, Jangjun and Y to be precise. The rhythmical song has not only a cheerful mood but also a message that will lift up the spirits of anyone who is having a hard time of any kind. Also, the song brings forth two spectacular voices that you just can’t fall in love with.

Unit songs allow members that don’t shine as much in group numbers to showcase their talent more and “That Feeling” does just that for Jaehyun. With his husky voice, the artist melts hearts by singing sweetly about that warm feeling of love. Matching well is Donghyun’s unique voice that can’t be mistaken even during group tracks. Seungmin also gets the chance to flaunt his remarkable vocals through his clear singing. The three match well together in this gentle music number, with cute and sincere lyrics, that will leave listeners smiling.

The last song on the list expresses gratitude through its lyrics. “I Know” has a special message, delivered through soft vocals and melody. The beautiful piano and the guitar sounds matched with the 10 voices create an attractive and peaceful, yet impactful piece.