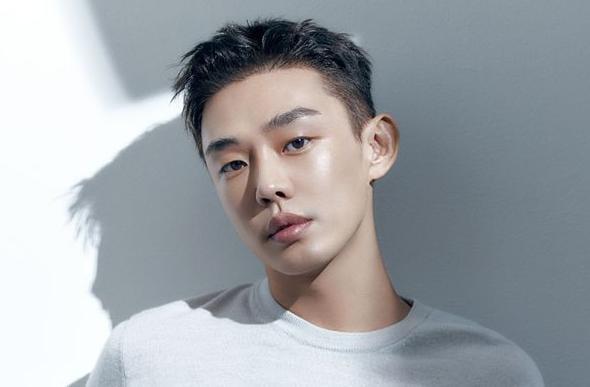 Hallyu Boy Crush: Yoo Ah-In And How He’s One Of The Best Actors of His Generation

Since his debut as a teenager in the early 2000s, Yoo Ah-In has set out to show characters we’ve never seen before.

Project after project, Yoo Ah-In effortlessly captures the hearts of viewers. From his breakout performance in Sungkhyunkwan Scandal, he’s become a household name in TV and film both domestically in South Korea and abroad. Best known for taking on a wide variety of characters, it’s crazy to think that he debuted in a TV commercial all the way back in 2003. With the release of his latest project, Seoul Vibe Netflix, he’s cemented himself as one of the best actors of his generation.

To celebrate Yoo Ah In, let’s look back on his journey as an actor in this special feature.

It’s hard to believe that Yoo Ah-In debuted as a teenager almost twenty years ago in 2003. Discovered by a casting agent in front of his high school in Daegu, Yoo Ah-In made his TV acting debut in a commercial for instant noodles. He then auditioned and was successfully cast in the teen series Sharp. As a sophomore student of the same name, Yoo Ah-In captured viewers’ hearts with his sense of humor and boy-next-door personality. 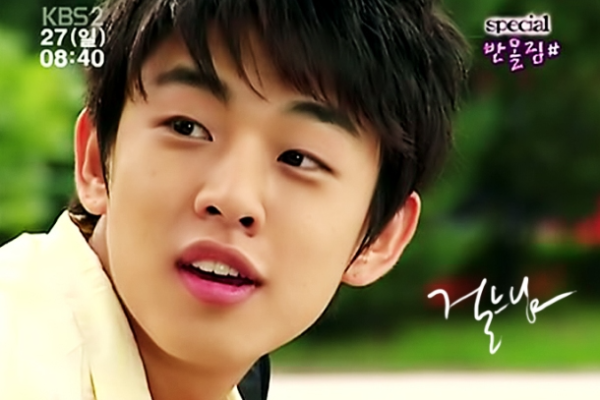 Following the series, Yoo’s popularity increased, resulting in his casting in the romance drama April Kiss. In the drama, he plays a young Kang Jae-Sup, a charismatic man who firmly believes that everything in life is possible through hard work. During this time, he also appeared in various commercials but elected to take a break from acting and disappear from the spotlight. He became an actor without any prior knowledge and wanted to take time for introspection.

Yoo Ah-In returned in 2006 in the low-budget indie film Boys of Tomorrow as Jong-dae, a man with psychological scars from a traumatic childhood accident. His portrayal of a boy looking to escape his frustrating reality earned him the Best New Actor Award at the Busan Film Critics Awards.

To follow up his successful return to the spotlight Yoo Ah-In took on various roles across films and TV. This included Heuk-san, a lonely assassin in Strongest Chil Woo (2008), X, Yang Ki-beom, a patisserie aspirant and former boxer in Antique (2008), Park Hyun-kyu, a young assistant at the architectural office in The Man Who Can’t Get Married (2009), and Jin-goo, a pizza delivery man in Sky and Ocean (2009).

In 2010, the stars aligned for Yoo Ah-In as he joined Park Min Young, Song Joong Ki, and Park Yoo-chun, in the fusion period drama Sungkyunkwan Scandal. Set in the Joseon era, Yoo Ah-In stars as Moon Jae-Shin, an unpredictable man whose mission is to reveal the corruption of wealthy nobles. The drama subsequently went on to be super successful, skyrocketing the popularity of everyone involved.

Coming off the popularity of Sungkyunkwan Scandal, Yoo Ah In went on to star in the 2014 melodrama Secret Love Affair. As a twenty-year-old genius piano prodigy, Lee Sun-jae falls for the charms of his professor’s wife, Oh Hye-Won (Kim Hee-Ae), and the two begin an illicit affair of forbidden love. The editorial images to promote the show are still considered some of the most risque in the history of Elle Korea.

Returning to the big screen the following year, Yoo Ah-In gained the attention of critics and the public alike for his brilliant portrayals of villain Jo Tae-oh in the action thriller Veteran and Crown Prince Sado in the historical film The Throne.

Not one to waste time, Yoo Ah-In immediately started his next project. The fifty-episode historical drama Yungnyong-i Nareusya (Six Flying Dragons). In it, he plays Prince Lee Bang Won, a man on one side of a power struggle during the beginnings of the Joseon Dynasty. Throughout the series run, he received various accolades and awards, eventually gaining the title “Ah-In Era” from the media for his feats.

Next up for Yoo Ah In was the 2017 fantasy drama Chicago Typewriter. In the drama, he tackles dual roles, as resistance leader Han Seo-joo, during the 1930s Japanese occupation of Korea, and Seo Hwi Young, a best-selling author struggling with depression in 2017.

In the following year, he starred in the critically acclaimed film Burning. Due to the film’s successful premiere at Cannes, Yoo Ah-In amassed a bunch of international media attention, earning him a spot on The New York Times end-of-year best actor round-up and the Forbes up-and-coming start-to-watch list.

Yoo Ah-In’s next role came in the 2021 webtoon-based drama Hellbound. Set in the near future, Yoo Ah In plays Jeong Jin-soo, the cult leader of the New Truth Society, who speaks about the phenomenon of death angels arriving to condemn people back to Hell. His character is a perfect mix of creepy yet charismatic, reminding viewers how good of an actor he truly is.

As if he already hadn’t proven himself as the best actor of his generation, Yoo Ah-In and Go Kyung-Pyo teamed up again for the crime action film Seoul Vibe. Yoo Ah-In stars as Park Dong-Wook, leader of the Sangedong Supreme Team and talented baby driver. His crew joins forces with the prosecutor’s office for an off-the-books investigation into the slush fund that leads all the way to the Blue House during the 1988 Seoul Olympics.

What’s next for the once-in-a-generation actor? We definitely can’t wait for his upcoming projects, the 2023 drama Goodbye Earth and the films Jeon, Ran, and High Five.