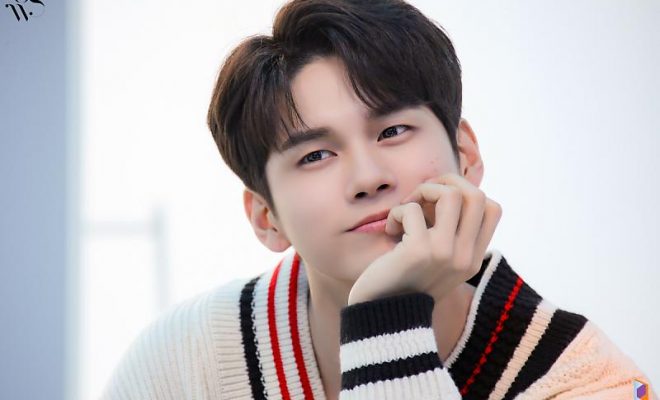 If you stan talent, then you probably stan Ong Seong Wu!

With his continuing ventures in the fields of K-Pop and K-Drama, Ong Seong Wu has proven his multi-faceted charms and capabilities since he debuted and won the hearts of many – both as an idol and as an actor. 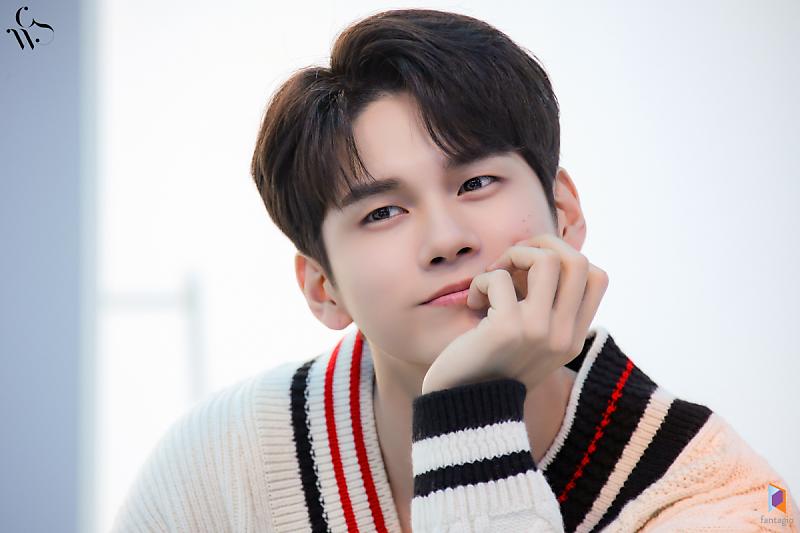 With his consistent and contagious high energy and happy vibes, Ong quickly became a highly-supported candidate at the second season of Produce 101. After proving his skills as a singer and a dancer, the then-trainee successfully made his debut as an idol by being part of Produce 101‘s project group Wanna One’s eleven-member lineup.

Arriving in the K-Pop scene with their first mini-album 1×1=1 (To Be One) in August 2017, the group quickly shot to fame both domestically and internationally as they continued their journey together until January 2019. With a full album, three mini-albums, a repackaged mini-album, and a total of six singles in their discography, Wanna One experienced a huge success despite their limited time together as a group.

They also took on a massive world tour titled Wanna One World Tour – One: The World in 2018, starting from June and running up to September, where they visited fourteen cities all around Asia, the United States, and Australia.

After making their final bow as a group last year at the Therefore concerts in Seoul which ran from January 24 to 27, Ong pursued a career as a soloist, beginning with his first fan meeting tour titled Eternity in March and April 2019.

He then released a single titled “Heart Sign” under the 2019 Pepsi K-Pop Collab Project in June 2019. It was written by the famous producer duo FLOWBLOW, and received a great response from fans upon its release.

Finally, just this January 2020, Ong released his first-ever solo digital single titled “WE BELONG”. Serving as a wonderful gift for his loyal fans called WELO to start the year off, “WE BELONG” also shared the same title as his second solo fan meeting tour which kicked off in Seoul last January 11.

2019 saw the rise of Ong Seong Wu in the field of acting as he made his official drama debut with the JTBC youth offering At 18. Although it is his first, the multi-talented K-Pop star quickly landed the lead role on the show, and throughout its sixteen episodes, he proved that he was worth being trusted with the role of Choi Jun Woo.

Besides gathering hot response from drama viewers as reflected in the drama’s consistently high ratings, Ong strengthened his stand as an actor by winning the Best Rookie Actor and Hallyu Star awards from the 12th Korea Drama Awards in October 2019. This served as his first major award as an actor, which was followed right away by another huge accolade.

In November 2019, Ong bagged the Rookie Actor award at the recent Asian Artist Award held in Vietnam for his exceptional drama debut with At 18. At the 2019 StarHub Night of Stars awards, he was also crowned as the Most Promising Actor with another award in his growing list. 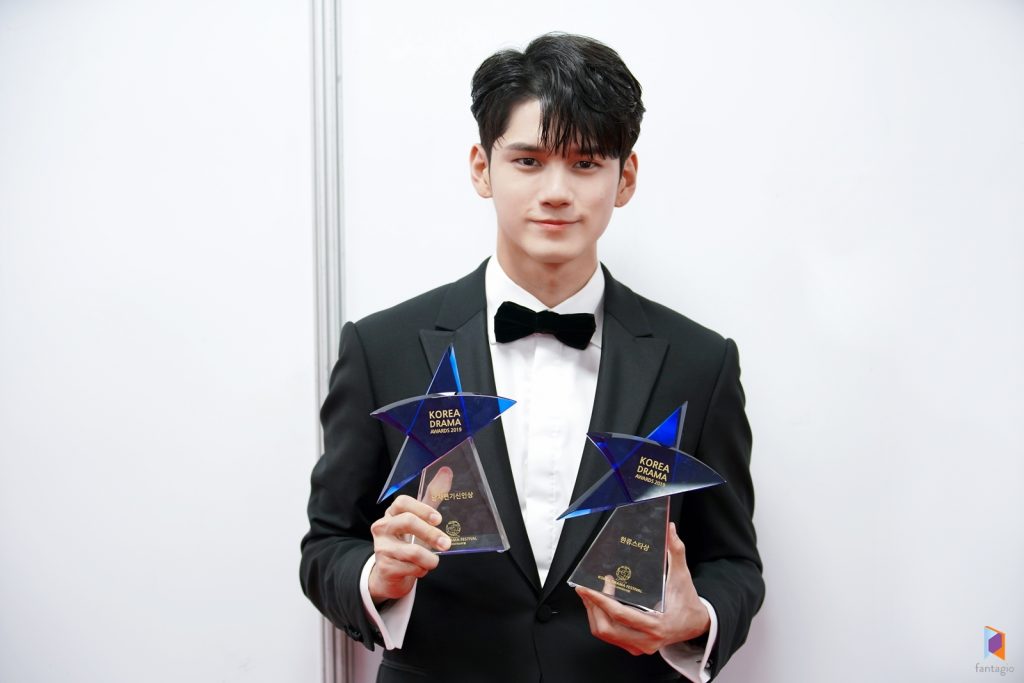 This February 25, 2020, Ong Seong Wu will be greeting his WELOs in Manila for the very first time as a soloist with the local stop of his latest fan meeting tour WE BELONG. Set to be held at the Araneta Coliseum, the fan meeting hopes to bring the multi-talented idol-actor and his fans even closer with the beautiful memories they will make together on such a special night. 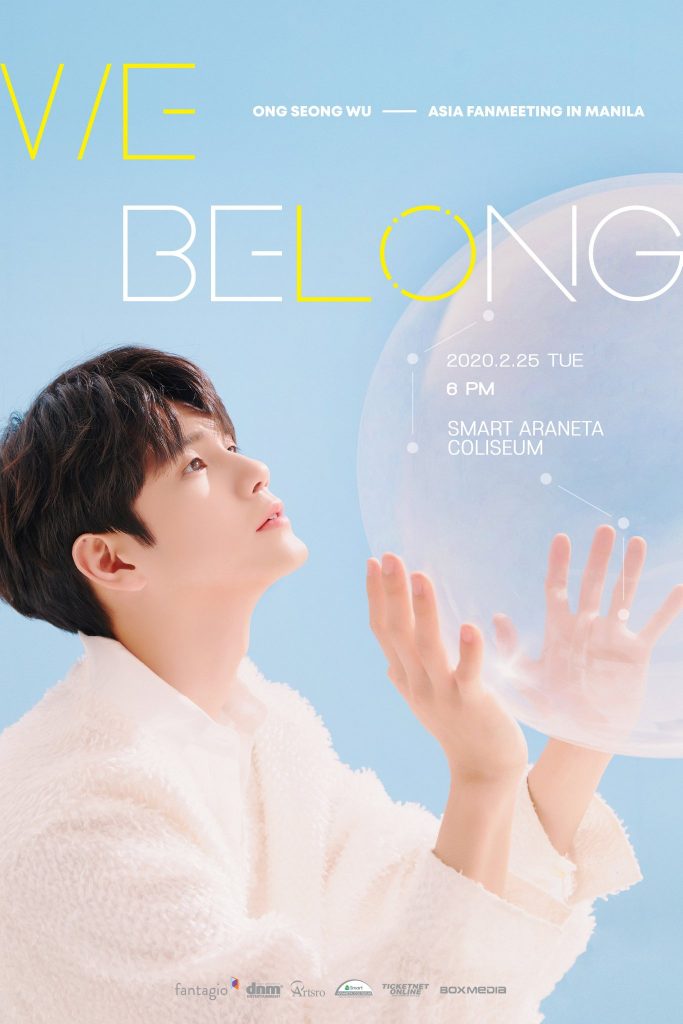 Photos from Fantago and DNM Enterainment

We need your support! If you have enjoyed our work, consider to support us with a one-time or recurring donation from as low as US$5 to keep our site going! Donate securely below via Stripe, Paypal, Apple Pay or Google Wallet.
FacebookTwitter
SubscribeGoogleWhatsappPinterestDiggRedditStumbleuponVkWeiboPocketTumblrMailMeneameOdnoklassniki
Related Itemsong seong wuOng Seong Wu Asia Fan Meeting in Manilaong seong wu in manila
← Previous Story 3 Life-Affirming Lessons From WINNER To Inspire You When The Going Gets Tough
Next Story → K-Pop Comeback Spotlight: Golden Child’s First Repackage Album “Without You”