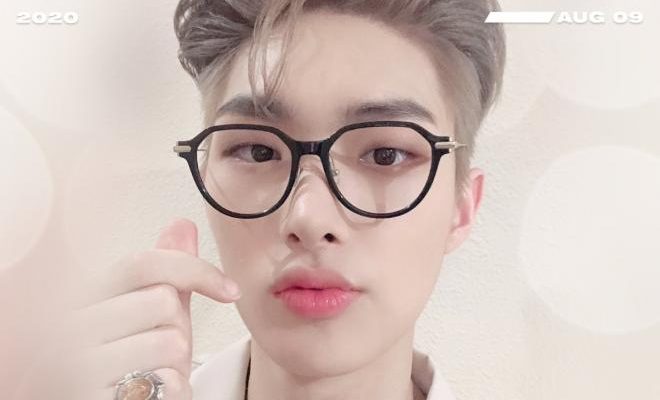 As ATEEZ’s rapper celebrates his big day today, take a look back on the many lovable moments of ATEEZ’s Mingi in commemoration of his birthday!

ATEEZ’s rapper and lyricist, Song Mingi, celebrates his birthday today. Known for his dominating stage presence and his cuter off-stage charisma, ATINYs cherish all his charms! Mingi boasts an incredible work ethic while displaying a rare sense of playfulness. As such, the artist shines as an inspiring example of ambition and positivity.

To commemorate his birthday, take a look back at the many lovable moments the artist has shared so far!

One of Mingi’s inspiring qualities is his dedication. Relentless in his practice and performing, the artist displayed his admirable work ethic once again when speaking about ATEEZ’s cover of BTS’ “Boy With Luv”. The group took to VLIVE to speak about the performance, divulging that they did not have much time to prepare.

Despite the timing constraints, the group pulled off an incredible cover. Admirably, Mingi learned the choreography in only eight hours. He explained that he danced the routine all day before the performance. Nervous due to the lack of time available, he practiced for hours, determined to show an excellent show for his fans. 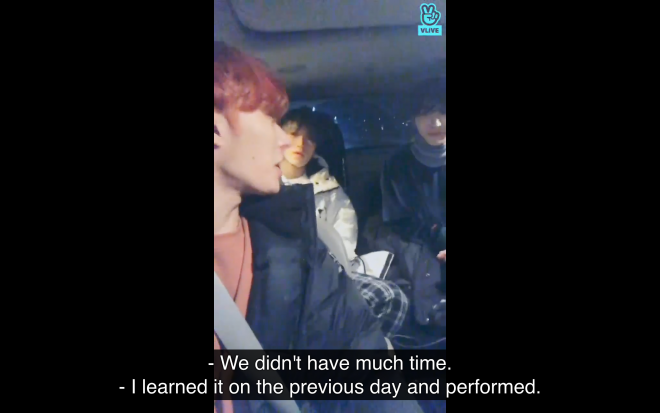 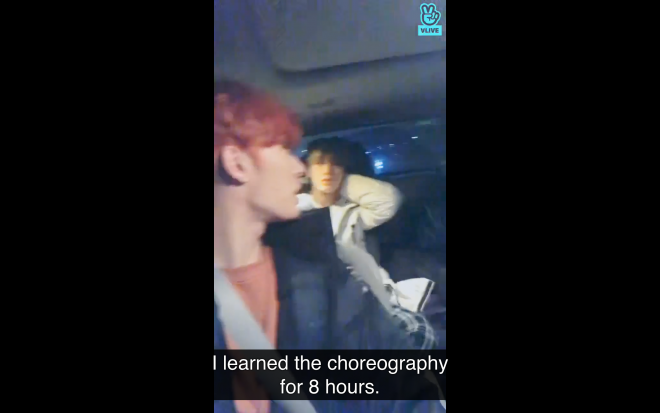 Ever since their debut, Mingi has been credited as lyricist on ATEEZ’s discography. From the initial start of the group’s career, the rapper displayed his writing skills in their first album. Credited as a lyricist on every subsequent album, the artist displays his music sensibility in poignantly penned lyrics.

A little under two years later, Mingi continues depicting his lyrical brilliance in the group’s newest album, ZERO: FEVER Part.1. Filled with tracks touching on youth, friendship, and dreams, the album and Mingi’s lyric additions show his abilities to capture feelings that are often indescribable.

As such, the artist has quickly established his identity as an emerging powerhouse lyricist of the fourth generation.

In addition to his writing capabilities, Mingi is also a burgeoning producer. Clearly passionate about music and every process in its creation, the rapper often works on music production himself. Fans were treated with behind-the-scenes footage into his studio in a YouTube vlog during his production session.

Moreover, Mingi teased fans with one of his self-produced works. He explained that the track was a love song describing the person of his affections as the moon. In contrast, he describes himself as a star amongst many surrounding the moon but hopes to be the one that lights up the moon the brightest.

At the end of the vlog, fans are thrilled with a snipped of his produced track. Bubbly and energetic, the small clip showcased his uplifting production style.

Like his other fellow members of ATEEZ, Mingi’s stage presences is a sight to see. Though gentle and goofy off-stage, on stage, the member continually dominates every stage. With both his powerful deep voice, in addition to his wide dancing range, Mingi consistently proves his remarkable skills as a performer.

Though ATEEZ themselves might be considered new in the K-pop industry, the talented group already has many admirers. Various rookie groups often point to ATEEZ as their inspiration. Mingi heartwarmingly portrayed his kindness following the group’s appearance at Show Champion. Following the music broadcast, ATEEZ encountered junior group E’LAST, whose members are self-proclaimed ATINY. 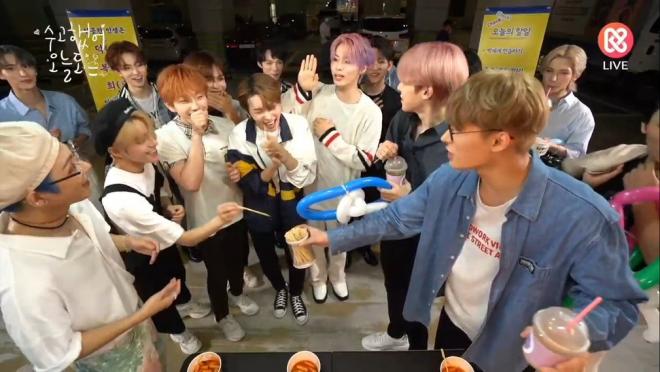 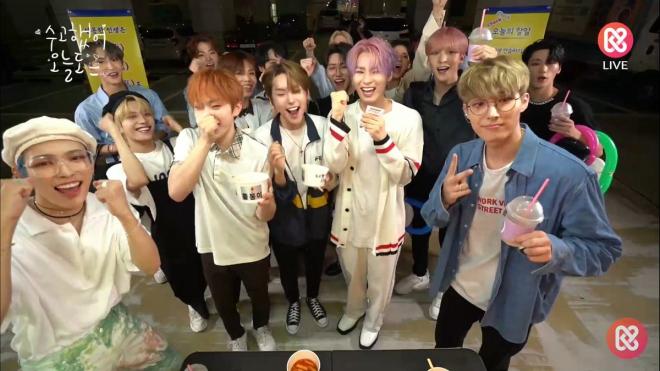 In the wholesome interaction, Mingi ushered the idols forward in a boisterous welcome. Additionally, he asked the members their ATEEZ biases and encouraged them in their promotions. Making the atmosphere comfortable, Mingi displayed both a humble and gracious sincerity despite his seniority position. Furthermore, the interaction was yet another instance where the artist showed his natural kindness.

While the artist treats fans with insight into his musical endeavors, Mingi also encourages creative expression through fashion. In his own YouTube content, he delights by showing his thought process in piecing outfits together. Moreover, the series serves as a source of inspiration for his fans to embrace their own individuality and creativity.

Perhaps one of his most beloved qualities, Mingi portrays endearing light-hearted humor. His playfulness often results in moments of hilarity between him and his members, including a case of charades gone wrong in an Australian pharmacy as he struggled to ask for the right medication. 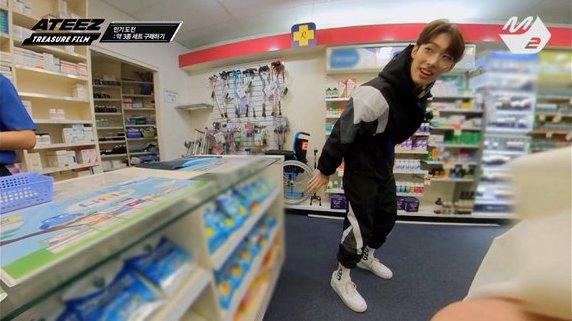 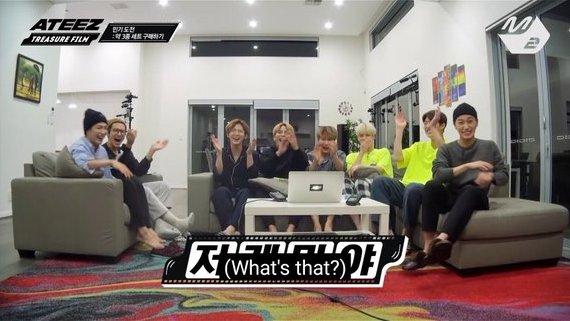 Additionally, Mingi shares the laughs with his fans as well, and in one instance posted a word-play joke for San’s birthday. Since San’s name means mountain in Korean, instead of posting a picture of his fellow member, Mingi took the opportunity to post a picture of a mountain instead, displaying his typical humor.

Through his moments of charming hilarity, Mingi constantly brings a smile to both his members and his fans’ faces.

Touchingly, Mingi continually shows his care for his members in quiet ways, often providing support and encouragement. His help to member Seonghwa is emblematic of the constant care he offers them. When Seonghwa was challenged with a mission to climb a bridge, despite being terrified of heights, Mingi joined him the entire way. With calming reassurance and showers of encouragement, Mingi helped him succeed. 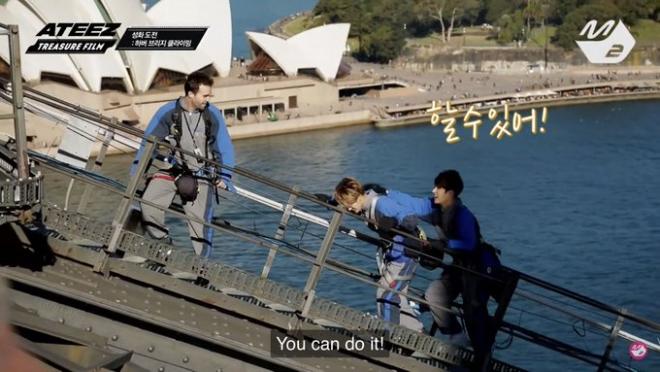 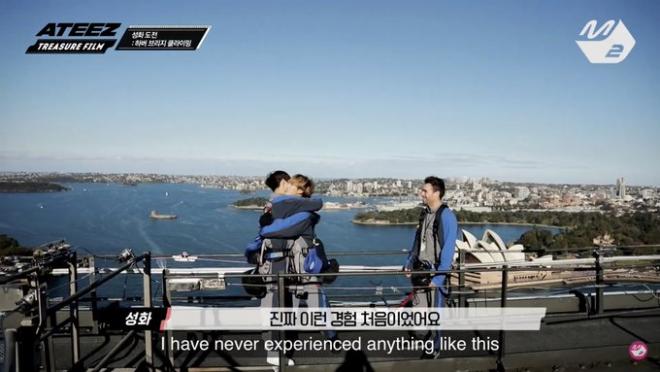 A pillar of strength for members and fans alike, ATEEZ’s multi-talented and charismatic rapper Mingi is certainly a loveable inspiration to many.

Happy birthday Mingi! Fans can celebrate his big day by keeping up with the group’s comeback promotions for their newest album, ZERO: FEVER Part.1.