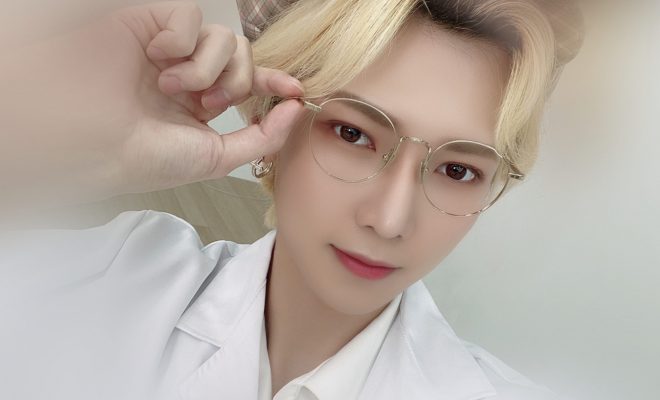 ATINYs around the world celebrate ATEEZ’s pure-hearted member, Kang Yeosang, on his birthday!

ATEEZ’s vocalist and visual, Kang Yeosang, celebrates his birthday today! The beloved Gemini is known for his dual charms. Showing both his quiet gentleness and his rowdier sarcasm, Yeosang constantly endears ATINYs.

In honor of his special day, we rounded up some of the many reasons we love and appreciate him!

Yeosang constantly blows ATINYs away with his talent. As one of the members boasting a deeper range, his voice is a soothing addition to the team. Yeosang posted a cover of “Me After You” by Paul Kim on Twitter for ATINYs to enjoy his voice even further.

The melodious ballad showcased his deeper, raspier tones well but also Yeosang’s strong vocal control as he sang the higher notes perfectly. The cover was a true testament to his natural talent and unique voice that ATINYs cherish.

While Yeosang is a vocalist in ATEEZ, his dancing and performance skills are also incredible. ATEEZ is a group known for their powerful and complex choreographies, and Yeosang continues to shine in every performance. The member always impresses with his consistency and precision.

A fan-favorite, ATEEZ’s stage for “Horizon” highlights his impactful presence. His punctuated movements and charisma elevate the team’s brilliant performances.

One of Yeosang’s most admired qualities by ATINYs is his humor. Despite his calmer exterior, Yeosang has a dry-edged sarcasm that never fails to make his fans, or members, fall to their knees in laughter. Due to his gentle quietness, the unexpected savage comments hilariously keep those around him on their toes.

Both ATEEZ and ATINYs can always rely on his jokes to lighten the mood.

Yeosang’s playful teasing is often directed at himself too. Making sarcastic jokes here and there, Yeosang reminds fans that it is okay not to take themselves too seriously.

His humor reflects his subtle but constant encouragement towards fans and members alike to keep spirits high and laughter in abundance. 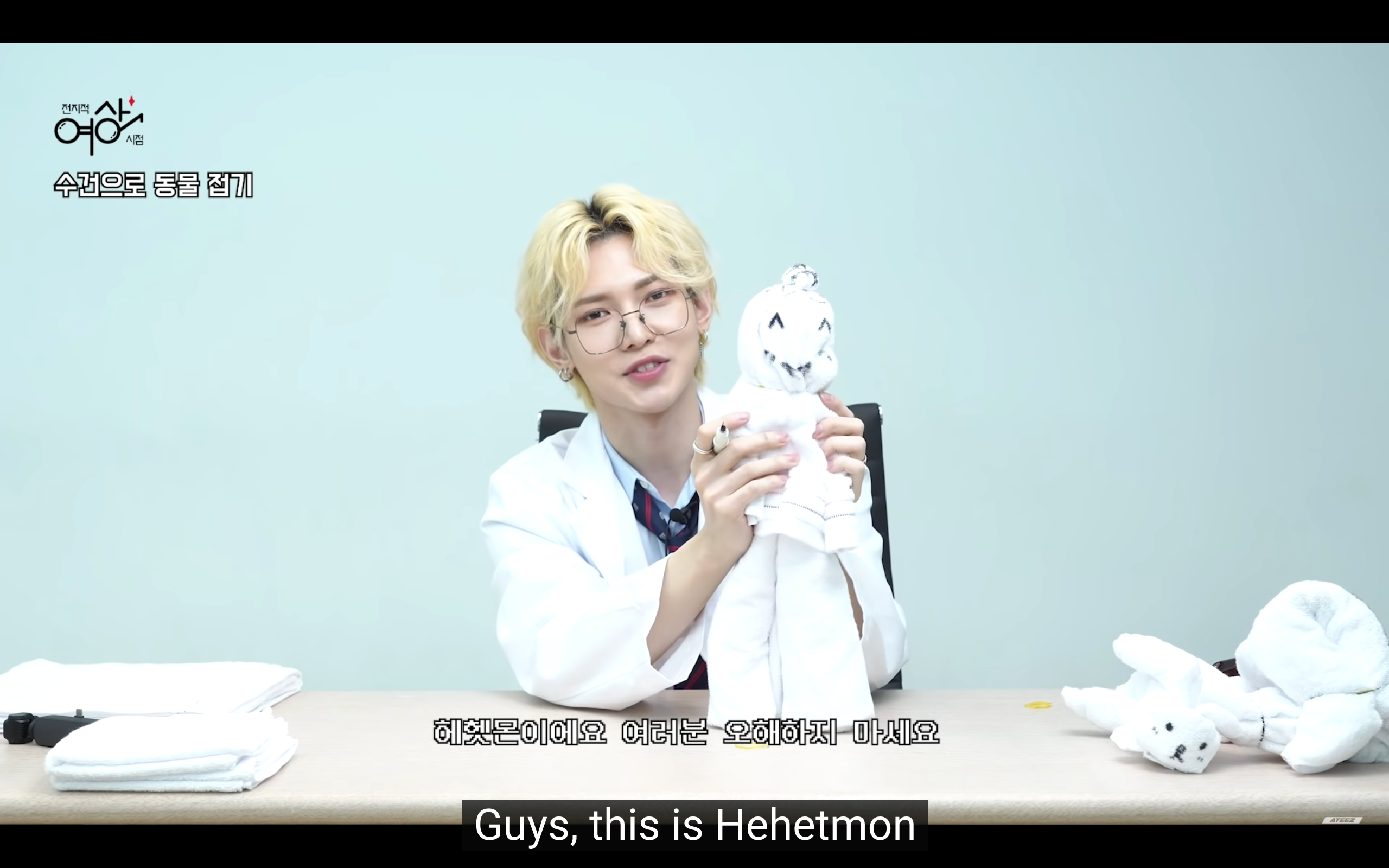 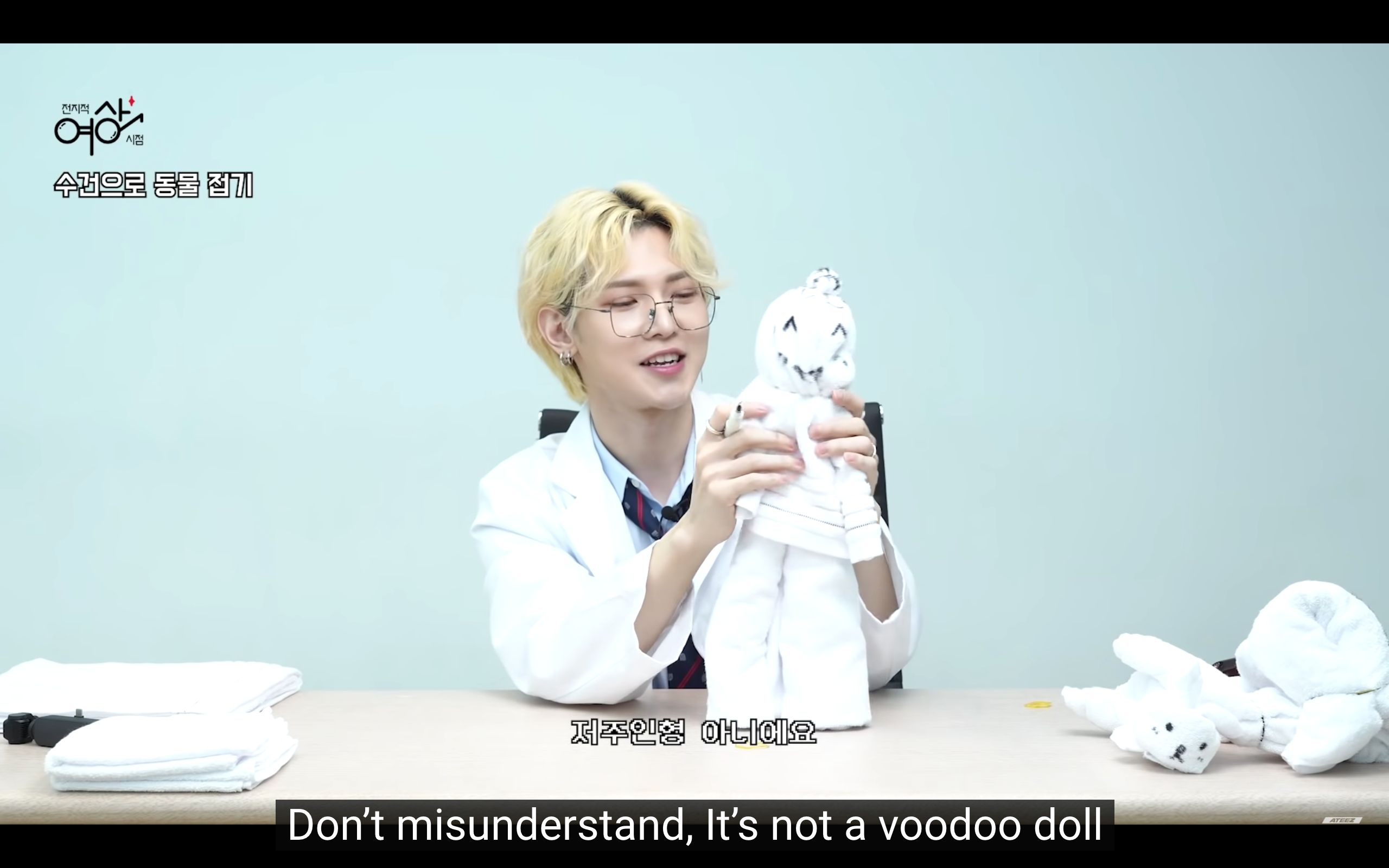 Yeosang’s most well-known trait is his pure heart. At his core, the member radiates kindness and innocence which the members praise and admire. Likewise, ATINYs look to Yeosang as an inspiration to be better people.

His easy-going nature and consideration for others often serve as examples to his fans of the kind of traits they want to exude too. 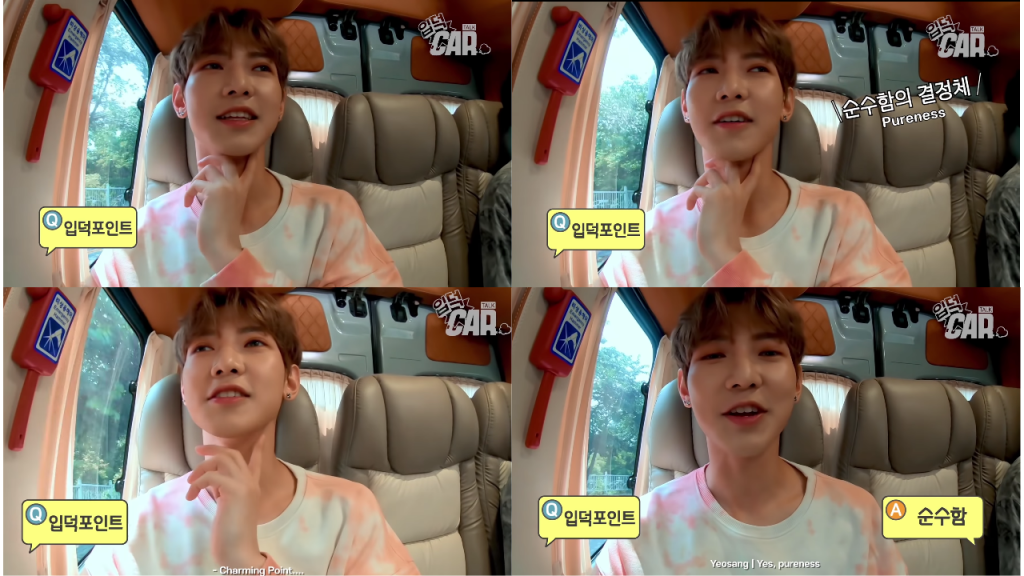 Never unkind, Yeosang always makes sure his playful jests with the members have good intentions. Moreover, regardless of his shy nature, he consistently showers the members with love and support. 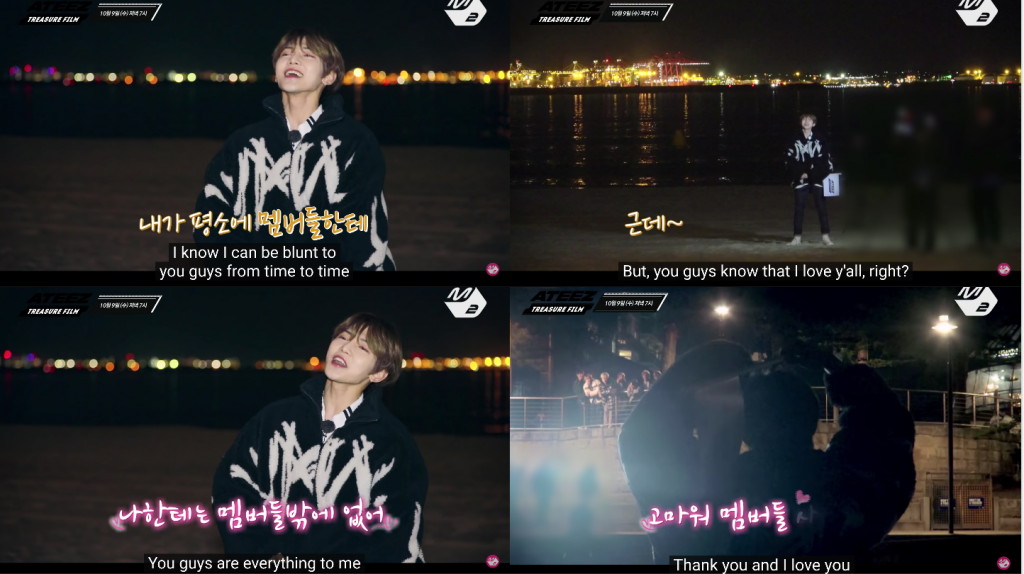 Yeosang’s determination radiates. The member has a great work ethic and is frequently found practicing his singing or in the dance practice room going over choreography. Known for the many years he spent training both at BigHit Entertainment and then at KQ Entertainment, his efforts continue well beyond debut.

In an interview with Dazed, the singer illustrated his persevering spirit when divulging a story about a stage injury. Landing on his finger oddly, Yeosang popped it back into place and continued with the show despite his fear that it was broken.

In addition to ATEEZ’s regular schedules, Yeosang began an experiment series on the group’s YouTube channel for fans to enjoy.

His hard work is an inspiration for ATINYs to similarly chase their own passions with similar persistence.

His Love For ATINY

Yeosang dedicates time to express his love for ATINY. The member endlessly sends his gratitude and affection to ATEEZ’s loyal fandom, making fans feel appreciated. Even during the group’s tour postponement, he visits ATINYs often through VLIVE broadcasts nearing two hours, or through YouTube vlogs sharing his day.

Near or far, Yeosang lovingly connects to ATINYs and sends his support to them. 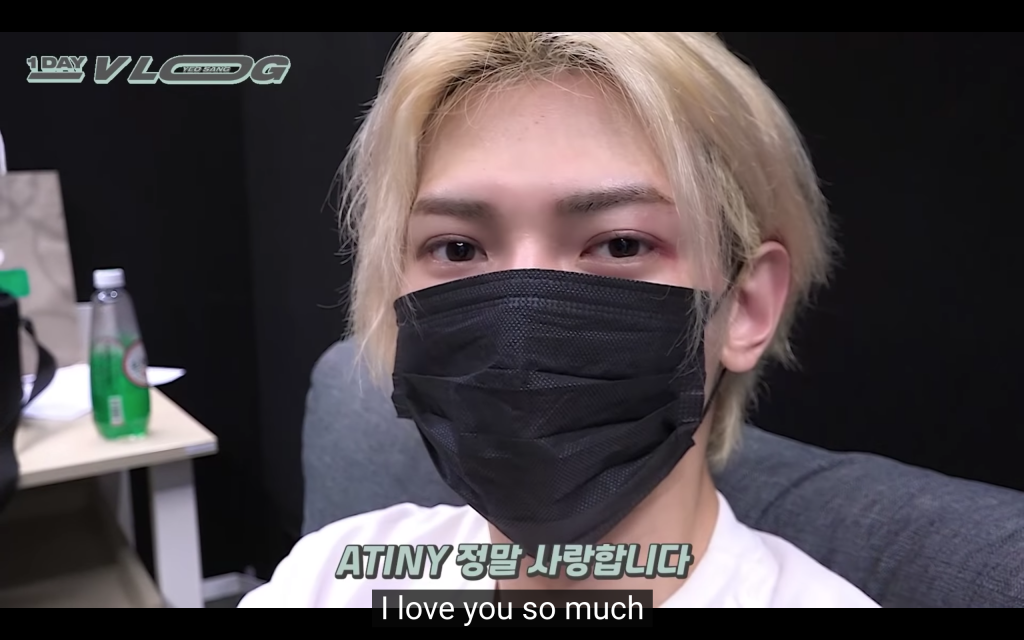 Happiest birthday to Yeosang! Fans can look forward to a belated celebration with the artist by cheering for ATEEZ during their upcoming events at KCON:TACT.