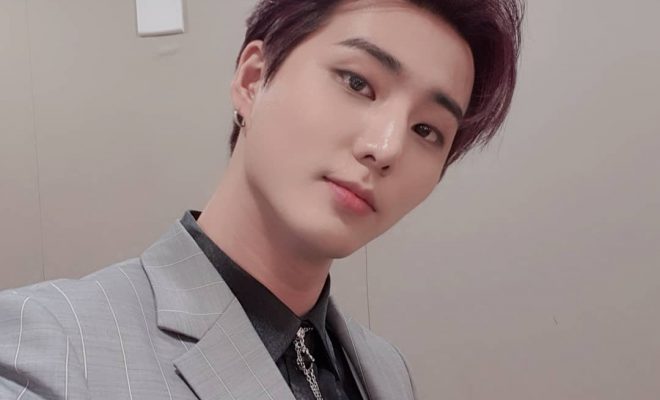 An extremely hardworking individual, DAY6’s Young K gives all his effort in everything that he does. The super-skilled singer celebrates his 26th birthday on December 19. He also posted his pictures on Instagram and thanked his fans for their wishes.

Happy birthday to me!!! 늘 고마워요!! 오늘 하루 여러분도 제가 받는 행복만큼 행복하셨으면 좋겠어요!! Thank you for everything, always. I wish we all could have a wonderful day!!

On this special day, we take a look into some of his amazing and interesting talents that attracts people and make his fans love him even more:

The first thing about Young K that draws attention is his sweet voice filled with emotions. His high notes sounds heavenly and he effortlessly does it. One of the iconic moments where he impressed everyone with his voice was when he appeared as a contestant at the show The King of Mask Singer.

Also, the versatile singer that he is, his voice has wide range and unique texture and color. He has also covered many famous songs accompanied with live instruments in radio shows. They sound insanely good and it only further stamps the fact that he is indeed gifted with great vocals.

Without Young K, DAY6’s discography will not be the same as he is the lead lyricist and has contributed to the lyrics of almost all of their songs. Fellow DAY6 members too have acknowledged him as a genius in songwriting.

He manages to convey various emotions through his lyrics. Be it “You Were Beautiful” which is about reminiscing about the past love, bold declaration of love through “I’m Serious” or crying out of help through “I Need Somebody”, Young K has delivered high-quality songs.

His most prominent contribution as a lyricist would be during the Every DAY6 Project in 2017 which was a year long project where the band was releasing two new songs every month. As of date, he has got 84 songs registered under his real name Kang Young Hyun at KOMCA (Korea Music Copyright Association).

Read: DAY6 Songs That Throw You To An Emotional Ride With Heartfelt Love Message

Young K is the main rapper of DAY6 and has excellent skills in rapping as well. Some of the DAY6 songs where he raps are “Congratulations,” “Out of My Mind,” “Freely,” “Letting Go,” “For The First Time,” “Blood,” “Sing Me,” “Hunt,” “Dance, Dance,” and “Talking To.”

Prior to his debut he has also appeared on the YG vs JYP episode of survival reality show WIN: Who Is Next where he was a part of JYP’s Rapper Team along with GOT7’s Mark and Jackson.

Initially, Young K started out as a guitarist not a bassist. So, he had to learn how to play bass from the scratch. He worked so hard on learning the skills that he got severe blisters at the beginning. But he has overcome all his struggles and has evolved as a better bass player and grown to love the instrument.

Before he became a bassist, he was guitarist and he is good at that. He has performed with acoustic guitar on some of DAY6’s live radio appearances and has impressed with his another skill.

This guy can beat-box too and is quite good that. This only makes people wonder if there is anything that Young K does not excel in.

While Dowoon is the drummer that we all love and adore, Young K has talents in playing drums too. In their switched instrument version for “I Loved You,” he looked extremely happy with his newly assigned role.

No need to worry if you got no instruments for accompaniment. A human Young K will suffice. Among his many talents, he can also play the sound of various instruments with his mouth.

2017 was a hectic year for DAY6 with their Every DAY6 Project and concerts that were held every month. During that time, Young K was simultaneously managing his studies as a university student as well.

Majoring in Business Management, his academic performances were good and he loves Marketing. He graduated from Dongguk University in 2018.

Young K has also got good hosting skills and has hosted some of the episodes of After School Club along side his fellow band member Jae.

Sungjin maybe the best freestyle dancer at JYP Entertainment. But Young K’s dancing skills will give him a run for his money. He especially seems to be a fan of label mates ITZY and has covered the dance of “DALLA DALLA” multiple times.

A good translator preferred by many

Young K is a multilingual and can speak perfect English. As a fluent English speaker, his role involves interpreting along with Jae for the non-English speakers of the band during their overseas activities.

One of the most interesting stories comes from the trainee days when he interpreted the fight between GOT7’s Mark and Pentagon’s Hui in which GOT7’s JB and BAP’s Youngjae also got involved. JB had mentioned this incident in one of their Vlive.