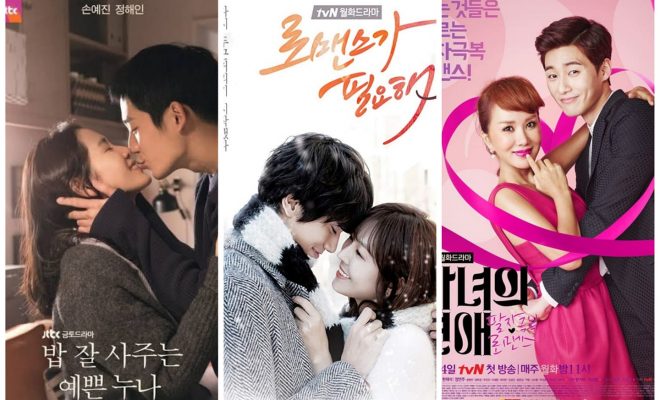 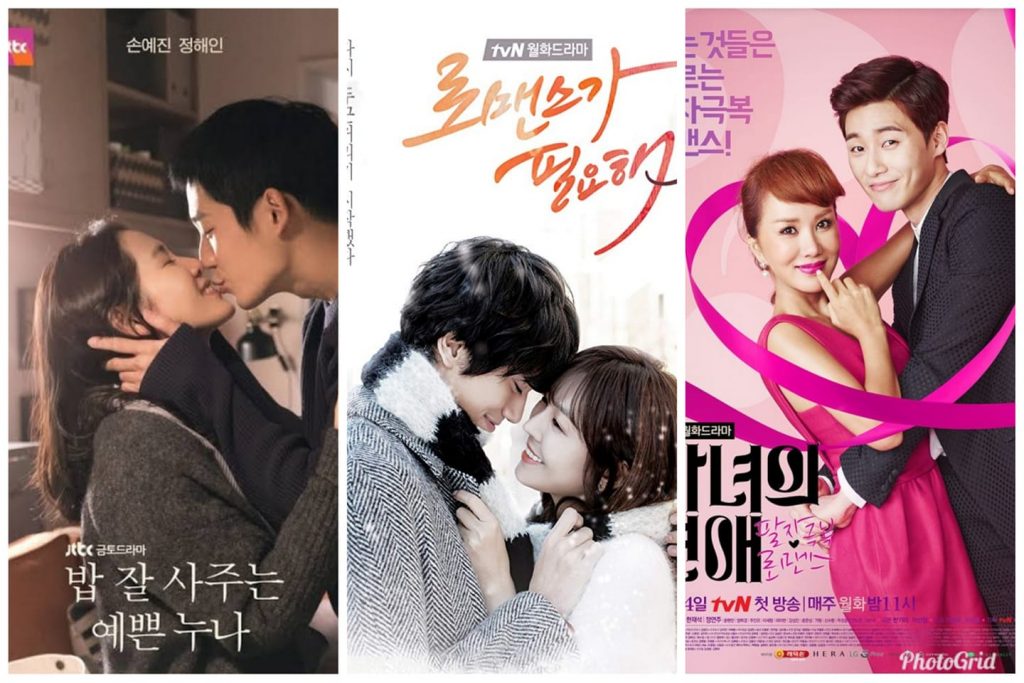 Although the stories may not be what we expect, noona romances elicit a different kind of romantic thrill. Life reminds us that it doesn’t matter at what age we are able to find love, it’s still going to be one of the most pleasant surprises once we do find it. 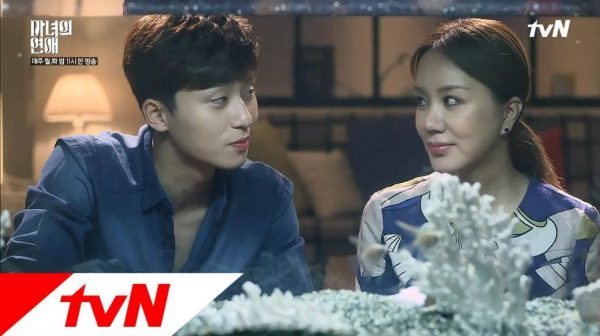 Yoon Dong Ha (Park Seo Joon) is a young and sexy errand boy who hides his traumatic past behind his cheery smile. One day, he meets Ban Ji Yeon (Uhm Jung Hwa), an overenthusiastic reporter who stops at nothing. Love unexpectedly blooms for the pair despite their age gap and Ji Yeon’s witchy attitude.

The best reason to watch this drama: Park Seo Joon. But seriously, this was such a fun drama to watch.  I was surprised because they had incredible chemistry and Ji Yeon was extremely beautiful in her role. 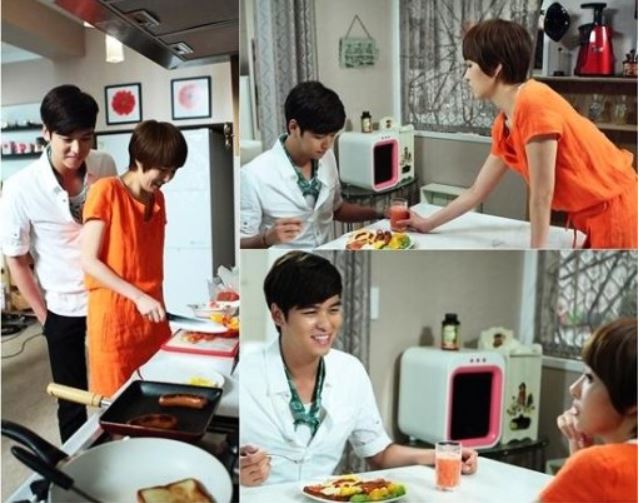 Kim Sun A stars as Ji An in this drama. She is a popular shoe designer who has no time for romance in her life. By accident, she literally runs into Tae Gang (Lee Jang Woo) and they end up spending the night together. Ji An moves on until she runs into Tae Gang again, this time she discovers he is behind the imitation shoes that threaten her own shoe designs! They end up having a baby, Ankle, and have to choose between following their dreams or settling in with their newfound family.

This pair was so unlikely but it was such a pleasure to watch them figure out how to fit each other into their lives. Ji An had the more difficult time adjusting to a life she didn’t expect at all, but later on she realized it is exactly what she needed. 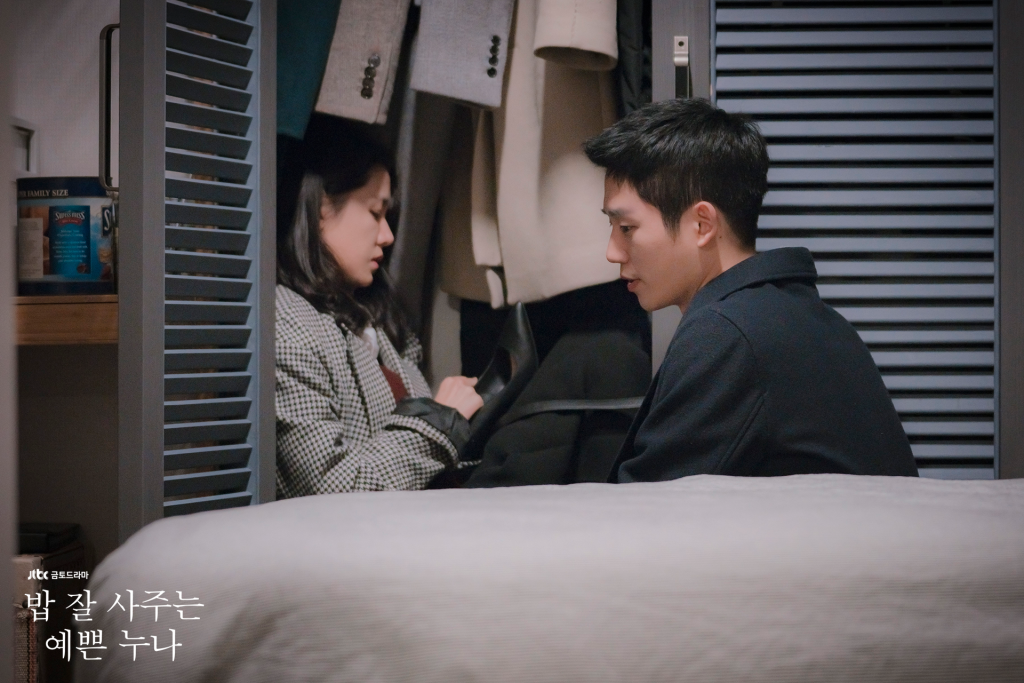 The indie feel of this Jung Hae In and Son Ye Jin starrer cut deep in my emotions. Casually taking a fictional love route that defied their close families, I shared the sentiments of the lead couple and smiled at their cute moments too.

READ: Something in the Rain Lingers With Heartfelt Love and Life Lessons 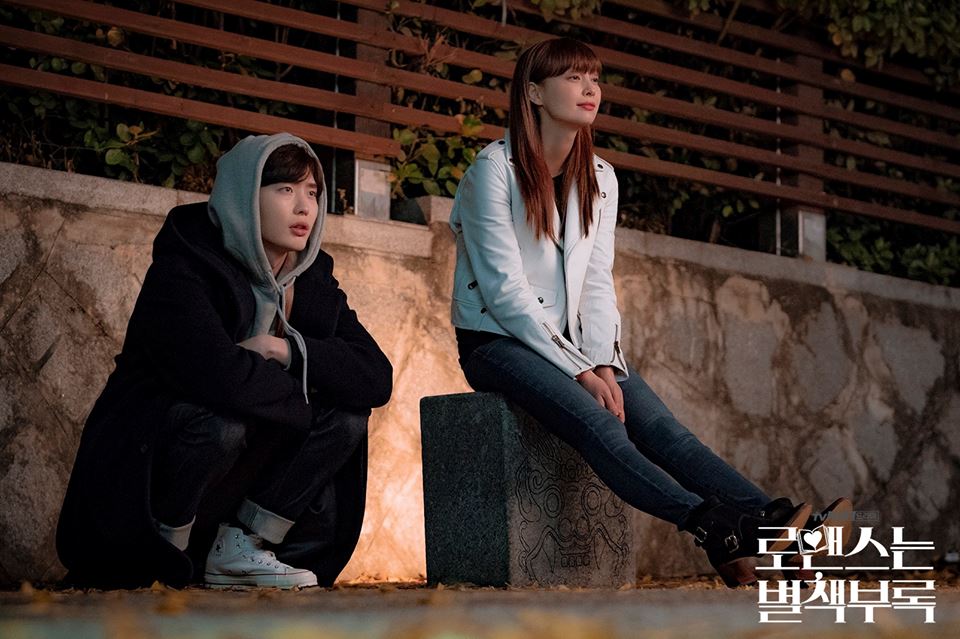 Having a penchant for stories that slowly but surely hooks, Romance Is A Bonus Book is my guilty pleasure these days. Not to mention how I love dramas with well-written screenplay. Fully trusting the writer who gave me I Need Romance trilogy and Discovery Of Love, I know that this Lee Jong Suk and Lee Na Young noona romance fictional pairing will be a hit. So far I like the women-empowering themes and the romances that spring from familiarity.

Noona romances are getting more popular in mainstream media. It is a genre I like as there is a reversal in the power dynamic within the couples. Most times in a relationship, the males are the ones in control. However in the noona-dongsaeng affairs, more often than not the females are more established. I also like that in relationships like this, both characters grow and learn, making the challenges and oppositions the couple face all the more worthwhile. 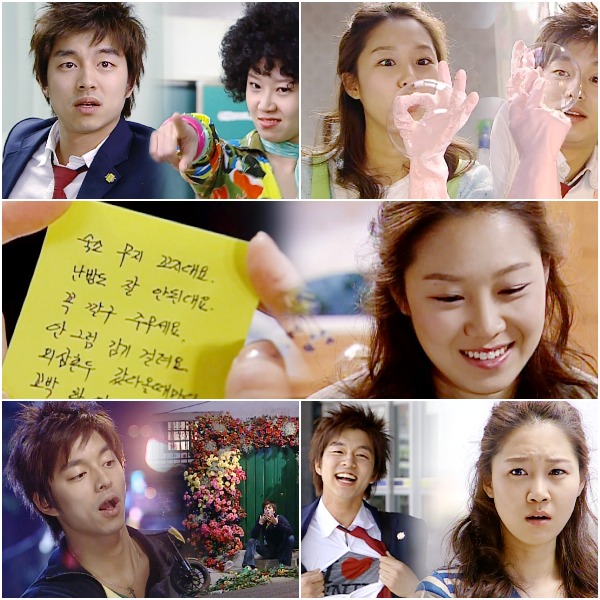 Gong Yoo and Gong Hyo Jin starred in this classic noona romance. Na Bo Ri (Gong Hyo Jin) is a reformed delinquent student whose ultimate dream is to become a teacher. She is expelled from her school due to a misunderstanding. After working hard to change her ways, she manages to get a certificate. Bo Ri applies as a substitute teacher in her former high school. Because of her history, the school gave her the job only after agreeing to take care of the school troublemaker, Park Tae Rin (Gong Yoo).

Beneath his tough exterior lies a lonely and misunderstood boy. Park Tae Rin lords over the high school students (and teachers). He likes playing pranks and he finds a new target in Na Bo Ri. After a series of bad encounters, the two eventually get to know each other better. As their relationship grows, Park Tae Rin falls head over heels for his teacher. Cue in Gong Yoo’s adorable in-love face plus his antics to get his teacher’s attention and you get a drama that is enjoyable to watch. As a pre-requisite to dramas like this, the happy ending comes after much tribulations, but they do get it. 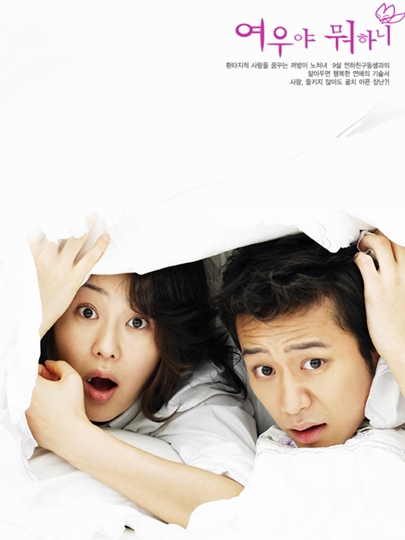 Okay, this one is both a forward and refreshing drama. Forward and refreshing in a sense that it did not shy away from recreating the female lead’s carnal thoughts. Go Byung Hee (Go Hyun Jung) is a 33-year-old adult magazine writer/reporter. She dreams of having a reputable job and meeting her ideal man. Despite her age, her life lacks excitement. It changes when her best friend’s brother returns from travel.

Park Chul Soo (Chun Jung Myung) is a free-spirited young man who likes to travel and does not care about people’s perception of him. Byung Hee gets shock of her life when she sees Chul Soo as he has changed from a child to an attractive man. A drunken night resulted to an evening Byung Hee wants to forget. She tries so hard to fight the attraction but Chul Soo pursues her. The drama is hilarious and the situations, as well as the characters are relatable. The characters discuss aspects of relationships, like sleeping together, in a casual way. The engaging characters and story are the reasons I love this drama (and Chun Jung Myung, of course!). 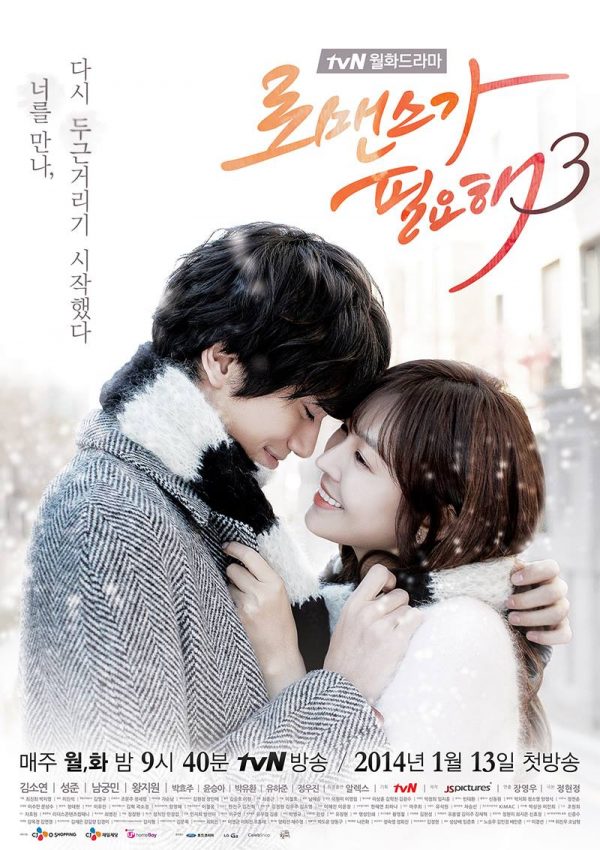 I’m sure there are people who would agree with me when I say the biggest draw of I Need Romance 3 is Sung Joon. That boy knows how to play the sweet, sensual, dreamy leading man. Who would not melt when he gives you that intense gaze and lopsided smile? I was not crazy about this drama, but I can say it has its merits. Sung Joon plays Joo Wan, a song writer who returns to Korea after years of living overseas. He pursues Shin Joo Yeon (Kim So Yeon), a woman a few years older than him. She works as marketing director of a home shopping channel.

Though I am not really sold on the female lead, I felt her chemistry with Joo Wan. There were times I shook my head when she was acting up, being abrasive and plain unemotional. I get that the writer wanted a character that is flawed to have room for character development (or redemption), but hers was just over the top (on some instances). But hey, like I said the drama has its moments and it certainly outshines the things that are less likable.

46
SHARES
FacebookTwitter
SubscribeGoogleWhatsappPinterestDiggRedditStumbleuponVkWeiboPocketTumblrMailMeneameOdnoklassniki
Related ItemsA Witch's RomanceHelloI DoI Need Romance 3My Teacherromance is a bonus booksomething in the rainWhat’s Up Fox
← Previous Story K-Drama Premiere: “Touch Your Heart” Mixes Humor & Pathos To Show Ups & Downs Of Being A Celebrity
Next Story → Key Moments In Volume 5 Of “Romance Is A Bonus Book”