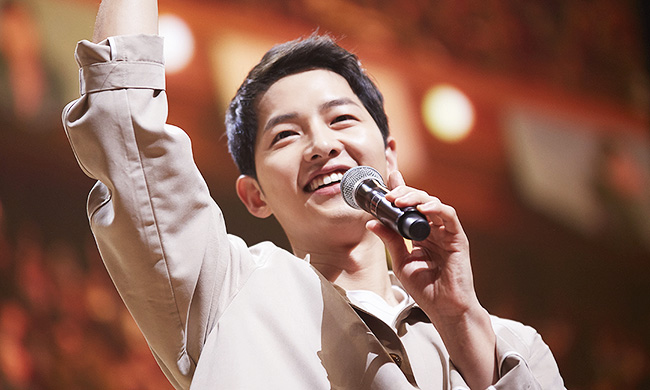 Why Hong Kong Is A Special Place To Song Joong Ki

According to the actor’s agency Blossom Entertainment, he has enjoyed meeting all his Hong Kong fans over the weekend. An estimate of 8,000 fans gathered at the Asia World Expo Arena to meet the star on Saturday. Although he has visited the city before in occasions of promoting his drama ‘Descendants of the Sun’ and as a tourist, this fan meeting was actually his first one.

Song Joong Ki said, “Hong Kong is a special place for me because this was the first tourism spot that I visited after becoming an adult.”

He added, “Whenever I feel tired, I think about fans’ support and passion which gives me a big energy. I will deliver with better performance in the future.”

Based on Song Joong Ki’s Asia tour schedule, Hong Kong was the seventh city that he visited since he kicked off the tour last month. He will continue his tour, with the next fan meeting to be held in Chengdu, China, on June 17.

Watch fancam of the fan meeting: