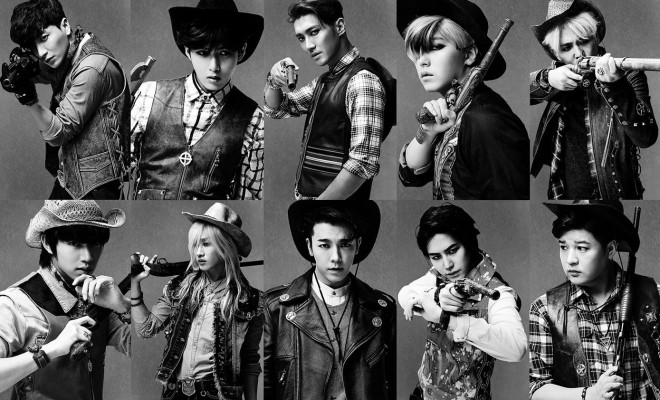 Super Junior is officially back with its 7th album and has just released the official music video for its comeback single Mamacita before the hard copies go on sale on September 1.

While K-pop is known for the catchy and mind-blowing choreography, let’s look  at how the supermen of K-pop teach us some steps that come in “handy” when showing off the K-pop vibe.

Although Super Junior’s first album and debut single is from Twins (Knockout) released in 2005, this list starts from the single right after the first album, to include the thirteenth member Kyuhyun, who joined the group six months after their debut.

*All images are made from the official music videos uploaded on SMTOWN.

3. PUT THEM TOGETHER THEN RUB, RUB, RUB

Do you find it hard? Don’t worry, because after two years of waiting, Super Junior now teaches us how to say:

And if you haven’t seen their latest music video, watch it here: