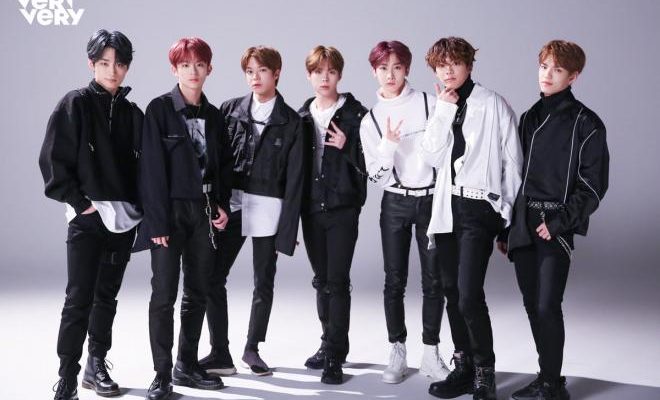 How VERIVERY Has Been Redefining Versatility

Make way for VERIVERY for they are ready to soar and take the K-Pop scene by a storm!

It has been over a year since Jellyfish Entertainment’s boy group VERIVERY consisting of seven members namely DONGHEON, HOYOUNG, MINCHAN, GYEHYEON, YEONHO, YONGSEUNG and KANGMIN made their debut. It wouldn’t be far-fetched to say that the release of their first album was only the beginning of VERIVERY’s ascent as the rookies on the rise with their impressive and diverse range of musical spectra. 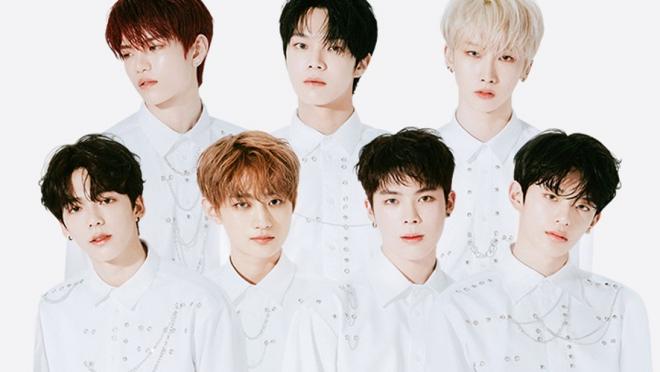 The group truly lives up to their name which comes from the Latin word ‘veri’ meaning ‘truth’ and the English word ‘very’. VERIVERY is a combination of the words ‘various’, ‘energetic’, ‘real’ and ‘innovation’. They embody the term creative idols with their participation in song composition, writing lyrics as well as their artistic DIY videos wherein they showcase their multi-fold charms in an authentic manner.

Before they debuted, VERIVERY had a reality show NOW VERIVERY for which they released a special single. Since releasing the single titled “Super Special”, VERIVERY has been consistent with their sound by bringing in a certain charisma with their sui generis style on all their tracks.

VERIVERY’s 1st mini album titled VERI-US released on January 9, 2019 and it was awe-inspiring to say the least. Showcasing the visionary perception of the group, the album is testament to the plethora of talents that VERIVERY possesses. They influence not just the conceptualization but also in the lyrical aspect of the album with songs penned by the members themselves. 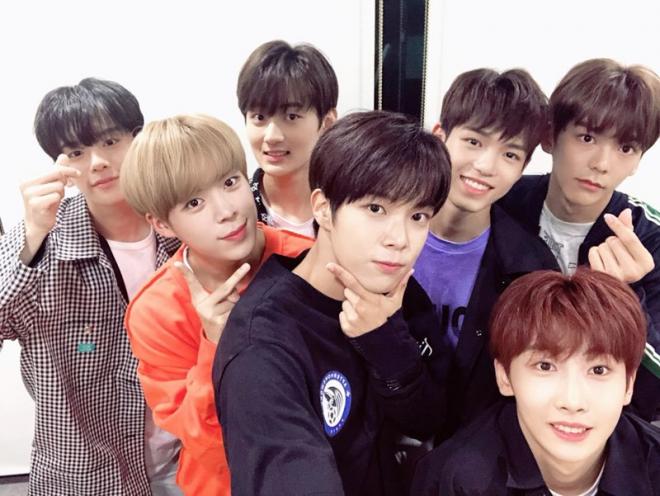 Having amazed fans with their first album, the group went on to dazzle with their musical genius on the albums that followed after, namely VERI-ABLE and with its fun the title track “From Now” and their 1st single album titled VERI-CHILL and the title track “Tag Tag Tag” for whose music video saw VIXX’s Ravi step in to guide the group for its choreography.

VERIVERY commenced 2020 with a next level teaser introducing their poignant and prepossessing concept for their new album series. Entitled FACE it, the series is an expression of finding the courage to come face-to-face with one’s true identity.’ The series is absolutely sublime and achieves innovation that spreads true comfort and empathy while leaping to a different level than it is now. VERIVERY seek to deliver this message with their mellifluous music that is truly the need of the hour with the on-going trying circumstances around the world. 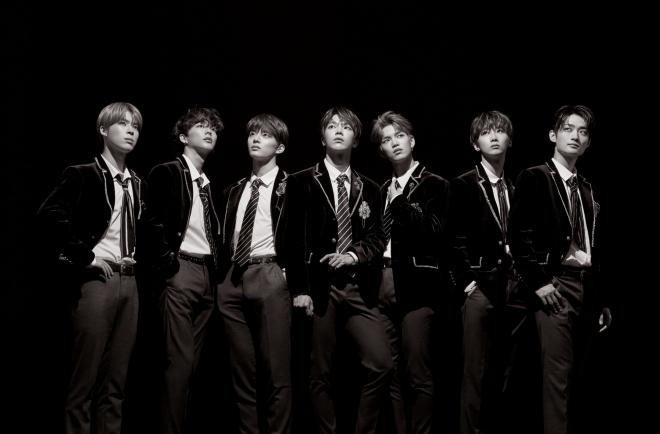 Setting the series in motion, VERIVERY released the first instalment, their third mini album FACE ME. The album showed the septet taking a much different route in comparison to their previous releases in terms of sound. While their first two albums may have been cool and calm – they were only but to welcome the storm that VERIVERY stirred with their electrifying style that had a touch of edge with more bass and percussion driven harmonies which reflected in their magnetic music video and show stopping dance moves.

Post the release of FACE ME, the group went on to participate on Mnet’s Road To Kingdom wherein they stunned with grand stages and spectacular performances. The group then released their 4th mini-album FACE YOU in June. The album is a continuum of their previous album FACE ME. With this album VERIVERY showcased the message of “healing through the connection between you and me”. 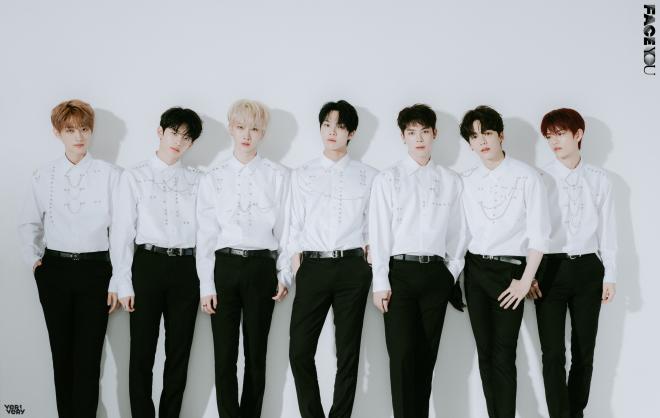 This message is evident within the album as the group revealed a more mature and versatile side to them. Fans got to see a different side of the group. Besides, each of the tracks on the album caters to every mood with hip-hop, electro funk and soft, breathy ballad tracks. Drawing parallels with their previous albums, VERIVERY once again floored fans with a fluid choreography amidst a thrilling concept.

VERIVERY have essentially carved their place as ace artists. The group has participated in stellar drama OSTs such as MBC’s Extra-ordinary You with their heartfelt number “My Beauty” as well as JTBC’s Itaewon Class with their uplifting and energizing track titled “With Us”.

Besides this, the group has also expressed themselves and brought forth the spotlight on their musical capabilities through various captivating song covers which include “Stuck with U” by Ariana Grande and Justin Bieber, “Changes” by Lauv, and “i’m so tired…” by Lauv and Troye Sivan. 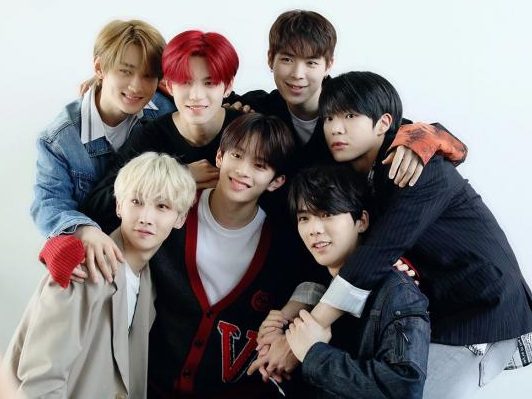 Aside from their capabilities as musicians the group has also left fans asking for more with their dance focused cover of tracks such as “Shangri La” by VIXX, “Monster / WANT / DNA” by EXO / TAEMIN / BTS and the most recent being a dance performance of Chris Brown’s “City Girls”.

VERIVERY has evinced that they are indeed a powerhouse rookie group. Therefore, it is certain that anticipations for their comeback are running high. If their previous releases are anything to go by, then there is undoubtedly no question that their new album will be one that will take breaths away with an expressive storyline merged with thundering choreographies and powerful music! 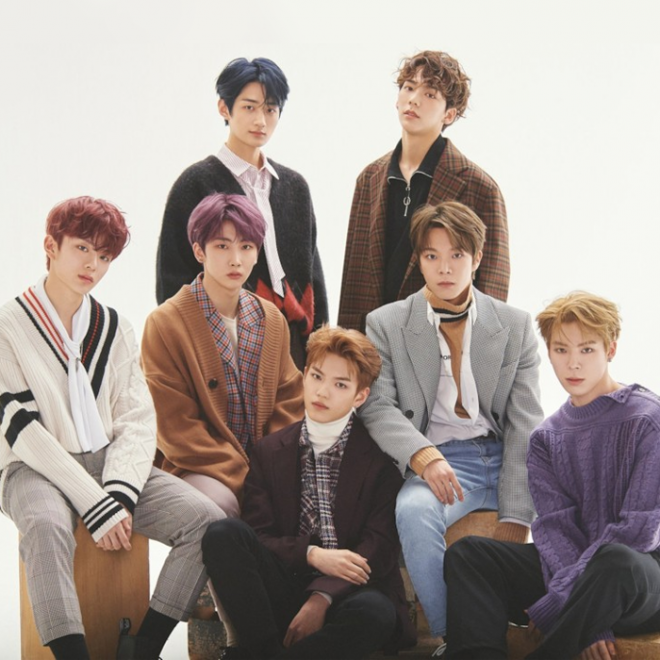 The group recently delighted fans across the globe with their show stopping and charismatic performances in their first online fan meeting. The fan meet, called VERRERDISE, was held for VERRER through the V Live app on September 20. Meanwhile, VERIVERY is all set to keep the excitements running high as the septet is gearing up for their highly anticipated comeback soon.