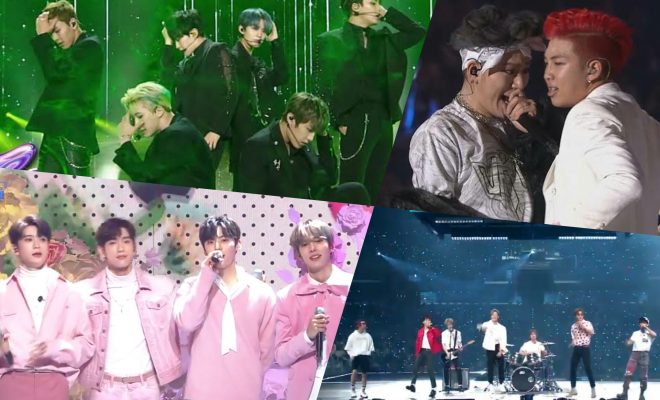 Cool and iconic – these special collaboration stages between members of male K-Pop idol groups take the spotlight in this edition of Idol List!

Forget all the fan wars – your favourite K-Pop idol groups had probably joined each other on a performance that both they and their fans very much enjoyed at one point of their career. Moreover, some of these special stages actually brought K-Pop idols who are friends with each other in real life to jam together on stage – which is surely heartwarming for them.

For this edition of Idol List, we bring you eleven cool special collaboration stages between male K-Pop idol group members. Check out our picks below: 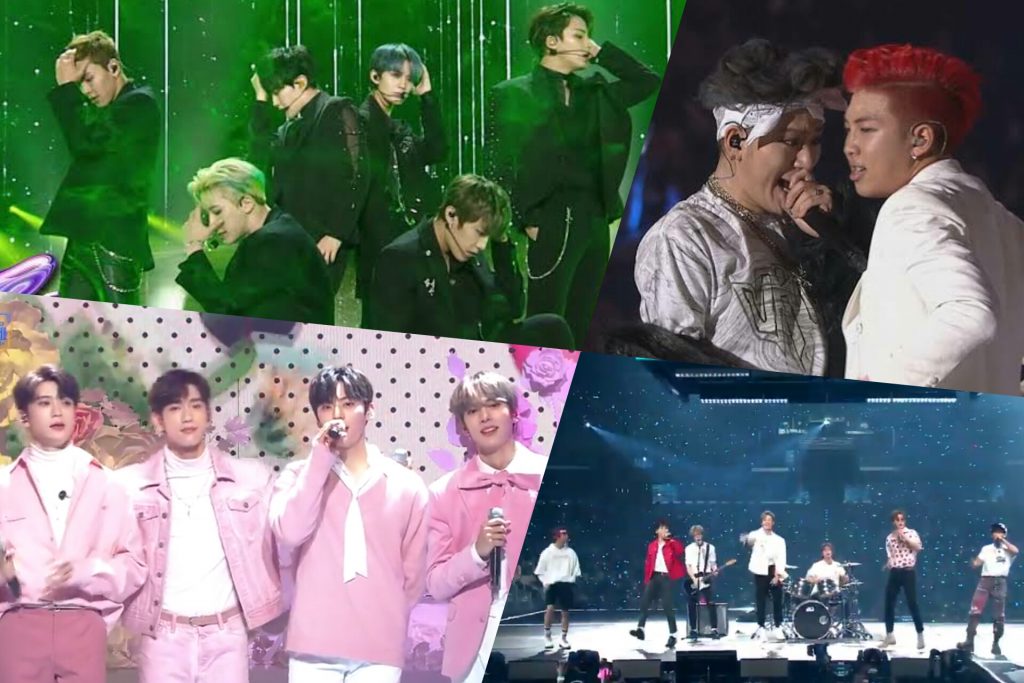 If you’re looking for a collaboration stage between K-Pop’s most powerful and charismatic stage performers, then this one is for you! We honestly never get tired of replaying the video of this collaboration stage on the 2018 SBS Gayo Daejeon Music Festival covering “Again and Again” by 2PM, a song that the show branded as something that represents 2PM – and a performance that these six amazing idols gave justice to!

Right from reading which idols took part in this special stage, you’d know that the performance fell nothing short of a huge visual explosion. Besides that though, these five gorgeous idols showed that they were more than just pretty faces by giving a striking performance of “Am I That Easy” as a special stage for Music Bank September 2016.

Two of the famous Padding Squad members represented the well-known idol friend group at the 2016 KBS Song Festival by showing their amazing dancing skills that so many people admire. Honestly, seeing Taemin and Jimin’s synergy on stage made us love the friendship between them even more!

The K-Pop scene’s top heartthrobs with sweet, mellifluous voices banded together to serenade fans with their rendition of Eddy Kim’s “You Are So Beautiful” for a special stage at the 2018 KBS Song Festival. Dressed in pink and white, their soft visuals made it even more enjoyable watching them as they harmonize together. Who knew the hit Goblin OST could sound ten times even more beautiful?

RM and Zico in one stage and rapping along with each other? SIGN. US. UP. The power that this special stage between two of K-Pop’s top groups radiated was more than enough to run an entire city – ’nuff said.

Known as the amazing 91-liner collaboration duo Toheart, INFINITE’s Woo Hyun and SHINee’s Key first took the stage for a performance of their hit song “Tell Me Why” for Music Bank’s special Christmas broadcast in 2014. Afterward, the two were joined by Dongwoo and Xiumin to sing another one of their songs – their debut track “Delicious”. The four are actually really great friends in real life, with a special bond made by how they were all born in the year 1991, so seeing them take the stage together was a total delight for fans!

Have you ever seen a very powerful trio collaborate on stage with such a chart-topping talented band? Well, the recently-held KCON 2019 in Los Angeles made such a thing happen as Stray Kids’ Bang Chan, Han, and Changbin jammed along to N.Flying’s energetic performances on the live stage!

Five of K-Pop’s best vocalists teamed up to deliver a memorable rendition of “Don’t Stop Me Now” by Queen during SBS Gayo Daejeon in 2018 – marking such a royal way to end the year!

We’re not sure how our “Moncarat” hearts were able to handle this loaded performance from MAMA 2015! Marking the year of the two group’s debuts, this collaboration stage showed that MONSTA X and SEVENTEEN were definitely among the top rookies of 2015 – and their A+ talents still shine up to these days!

These four dancing machines joined in one stage after showing the world their individual skills through a solo stage each for the 2014 KBS Song Festival! Representing two of K-Pop’s forever-iconic groups, the four idols from INFINITE and EXO made sure that they left viewers speechless with their snappy moves and unparalleled stage presence.