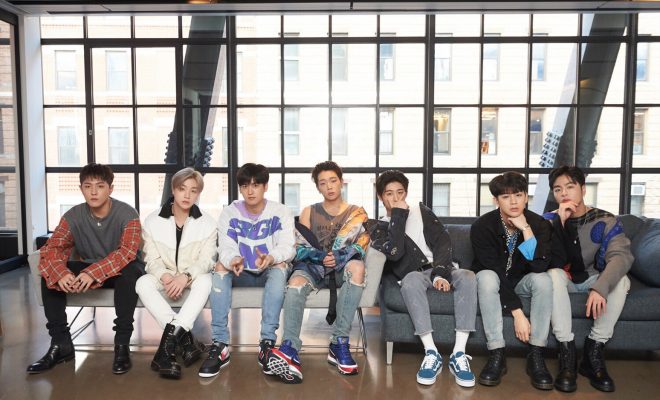 iKON Talks About Next Plans, US Debut Stage, And Partnerships With Samsung And Fortnite

iKON has been incredibly busy this 2019 – not just with their music, but also with their back-to-back partnerships with several brands!

The year hasn’t even reached its midpoint yet, but iKON has already filled their bags with numerous projects including endorsements and collaborations with huge brands and companies internationally.

Besides headlining the recently-concluded 2019 Korea Spotlight showcase for SXSW which marked their first-ever performance in the United States, the group enjoyed sweet partnerships with Samsung and Fortnite during the first half of 2019. 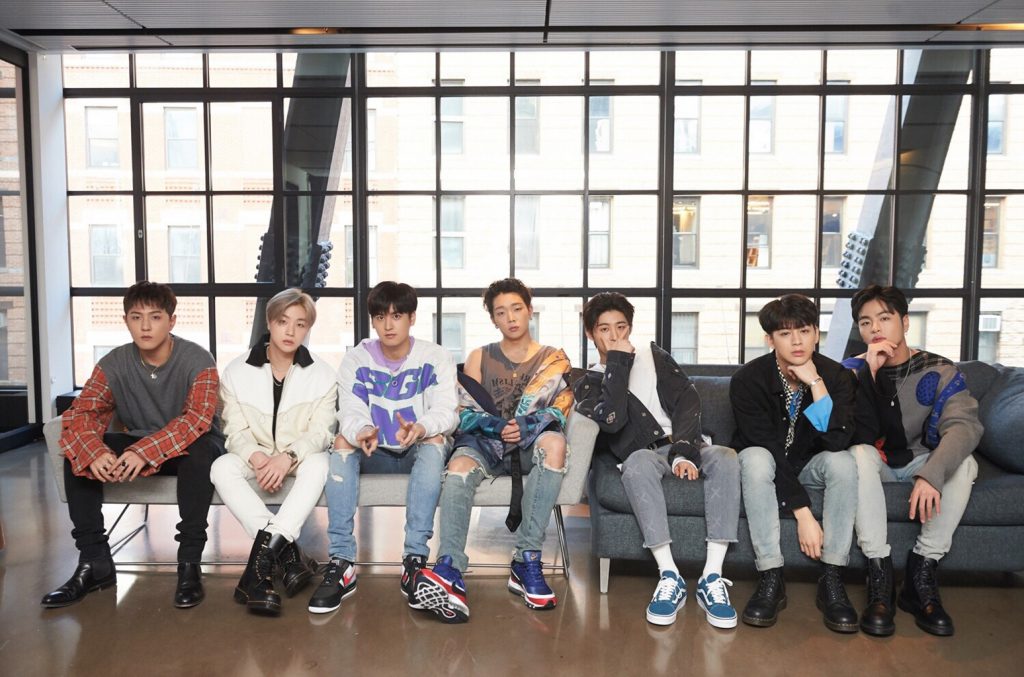 Sending them to different parts of the world to unveil Samsung’s newly-launched Galaxy S10 phones AND the exclusive Fortnite skin featuring iKON design, these partnerships had put the group into the spotlight as its new faces.

Despite their busy schedules, the boys got to sit down with Billboard for an interview – where they talked not just about their partnerships, but also their first performances in the U.S., next plans for their career, and more.

The exclusive Fortnite features made for them

Being an avid gamer himself, iKON’s Chanwoo took the center stage for their partnership with Fortnite as he inspired the look for its new “iKONIK” skin, made available only on Samsung’s Galaxy S10 phones.

“I was waiting for this collaboration to kick off and waiting for the skin, and when I finally saw it I was blown away. Even though the developers didn’t necessarily know me well, they paid so much attention to the details, especially with the black mask that I frequently wear. It was amazing to see,” he said, expressing his delight over the feature designed after him.

“I would say it was inspiring to see him in it because Fortnite is obviously a very internationally renown game. To see Chanwoo be a part of that was amazing. Honestly, I think his character, the skin, is better looking than him in real life,” the group’s leader B.I. commented with a laugh.

“But also in Korea, in order to become a character in a game, you have to be really famous — you have to have made it. To see Chanwoo as a character, I was really proud of him as a member of his group,” he added like a true leader.

Besides the “iKONIK” skin modeled after Chanwoo, Fortnite players may also use an emote dance move from the group’s hit “Love Scenario” as an additional feature while playing.

“It was great to just see myself portrayed as a character in the game, but to see our song featured as an emote, it was amazing. Not just for myself, but for all my group members. We’re all so proud and so happy that this is happening,” Chanwoo noted.

READ: iKON Pumps Up The Unveiling Of New Samsung Phones In Singapore

Noting how the DJ Marshmello held a virtual concert in the past for Fortnite which gathered around ten million people, the same possibility opens up for iKON as the game’s new faces – and of course, they are up to take it.

“We are ready. It’s so true that K-pop is bigger and more accessible these days and honestly that’s the most interesting thing to us. Every time we perform at an international concert, they don’t know what we’re singing or what we’re saying but we’re one by music,” Bobby said. 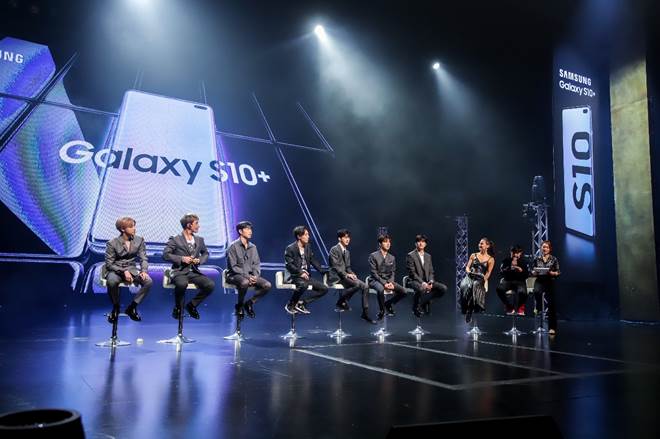 “A lot of fans came out too when we’re performing so it’s been a really great time to collaborate with Samsung. And they even gave us our own smartphones. We posted on Instagram, “We have this!” The camera’s crazy, it’s really wide and really cool. It’s good to film our choreography videos when we’re practicing, and for taking selfies on stage,” he added.

Their memorable US debut stage

Finishing off their recent performances in the U.S, iKON had expressed how much they enjoyed the experience, especially since it marked their debut on the U.S. stage.

“I want to say we’re very thankful [for these trips] and if the opportunity comes, we would love to perform for our longtime iKONICs in the U.S,” Ju-ne said.

“It really was an honor to [make our live] debut in the States and we realized we can meet a lot of fans here. I really hope and wish to visit the other states, see the iKONICs there and hope to see you all again soon. So, thank you for the huge love. See you!”, DK added. 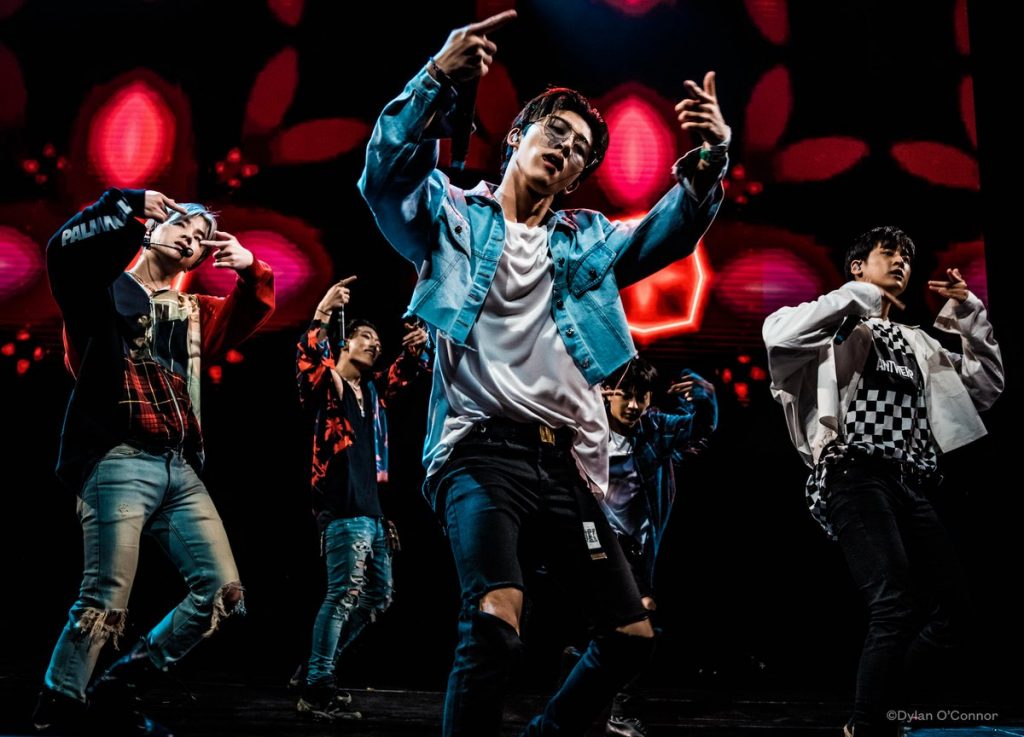 B.I. also shared a bit of information regarding their next plans for this year – which includes their next album as a group and the Double B unit album with Bobby that all of their fans look forward to.

“First and foremost, we’re really busy preparing the duo album but we’re also preparing our next iKON album. It’s a little too early to say anything about the music yet, but we’re trying to make music that has been unlike what iKON has shown before — something new,” B.I. said.

“But in the future, if we have the opportunity we would love to come back to the U.S. and tour to meet our fans here,” he concluded.

What are your thoughts on iKON’s recent huge partnerships and projects? Let us know by leaving a comment below, giving us a holler on Facebook, or tweeting us at @hellokpop!