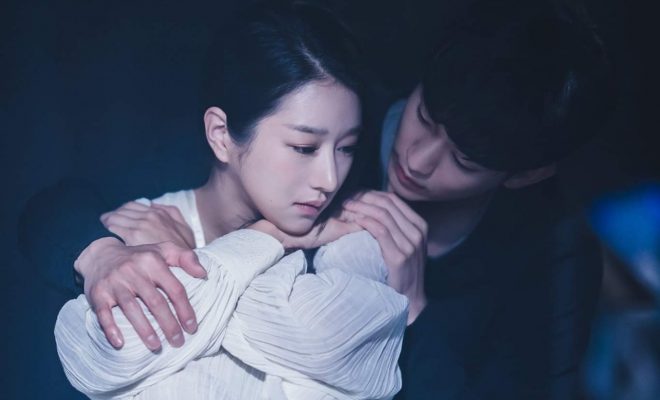 The bold leading lady is determined to make the reticent hero loosen up a little and enjoy life.

Thrilling! Enchanting! Thought Provoking! – There are not enough words to describe the third episode of It’s Okay To Not Be Okay. Sketching the wonderfully unique world-view of the people who suffer from mental illness, this episode amazes with its beautiful cinematography. Moreover, there is a special appearance by Kwak Dong Yeon who plays Kwon Gi Do, a patient suffering from manic disorder. 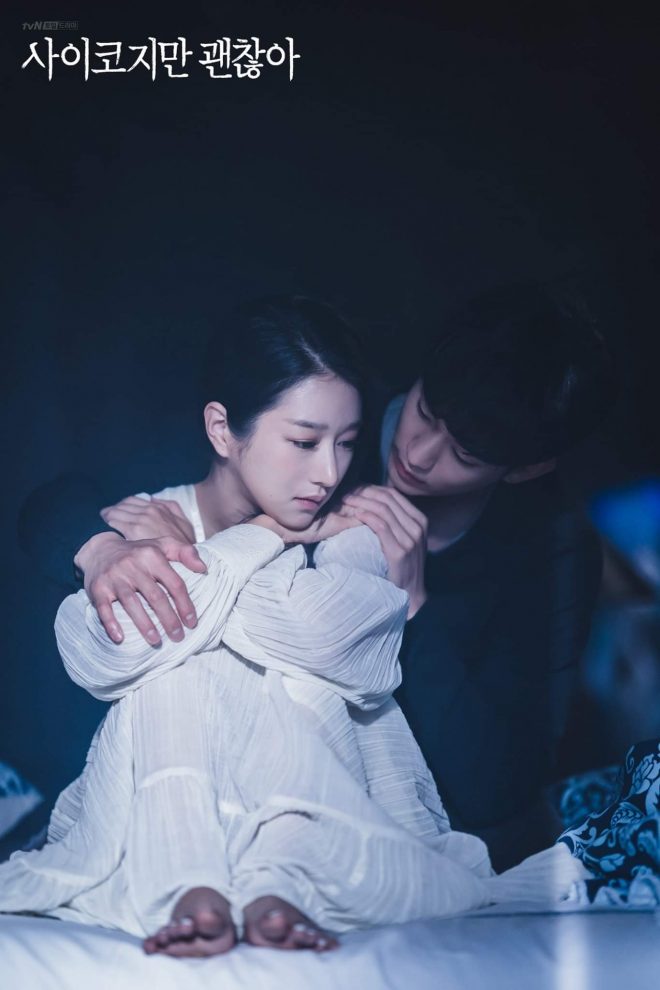 Meanwhile, in the story of the main leads, Go Moon Young is insistent with her need for Moon Gang Tae while the latter gets to retrospect on his past actions.

It’s Okay To Not Be Okay Episode Recaps: 1&2

When Gang Tae asks the reason for her arrival, Moon Young nonchalantly replies that she missed him. She further adds that she has taken a liking to him and therefore, wants to own him and would use whatever means to make it possible.

Next, in a meeting, Oh Ji Wang (Kim Chang Wan) the head of OK Psychiatric Hospital suggests Go Moon Young to offer a literature class for the hospital’s patients in exchange for taking her father out on a walk. Unbeknownst to them, Moon Young does not care about her father, and her interest solely lies on Gang Tae, who has been dismissing her consistently. 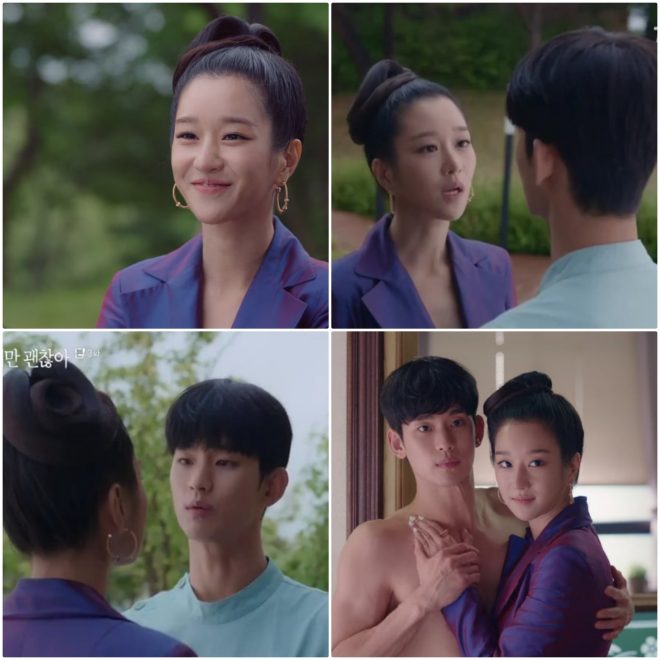 The Haunted Castle & An Eerie Nightmare

After the eventful meetings at OK Psychiatric Hospital, Moon Young steers wheels to go to back to the mansion, where she had lived as a child. Built in the middle of a forest, that house brought a lot of bad luck for Moon Young’s family causing the current state of her parents. Despite the spooky atmosphere around the house, she spends the night there.

In a state of sleep, Moon Young sees vivid visions that are too horrific and felt so real. At first, she sees a woman underneath a water body asking for help. Then, she notices a levitating body over her bed who threatens that the sleeping beauty will never get her kiss from the prince, because she is going to kill the boy.

In an exasperated state, Moon Young struggles to breathe properly but in that moment, she remembers the butterfly hug that Gang Tae taught her. Using that method, she imagines the presence of Gang Tae and calms herself. 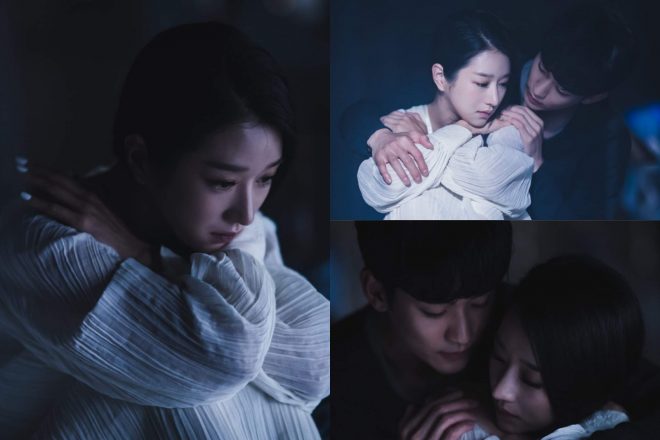 Steadfastly moving ahead with her plans to seek after the psychiatric caregiver, Moon Young takes up the task of literary sessions at OK Hospital. Touching upon the topic of fairytale, she gives a new view point to the attendees. She asserts that fairy tales teaches to accept reality, doing which, will bring happiness to the person.

After the lesson, Moon Young and Gang Tae have a talk about their opposing opinions. But when, Moon Young calls him a hypocrite, Gang Tae begins to wonder about that.

Meanwhile, at home, Gang Tae notices that his older brother Moon Sang Tae (Oh Jung Se) is saving up money to buy a camping car. Sang Tae tells his Gang Tae that if they own the vehicle then they could move about freely and his younger brother would not need to worry about getting scolded by their landlords. 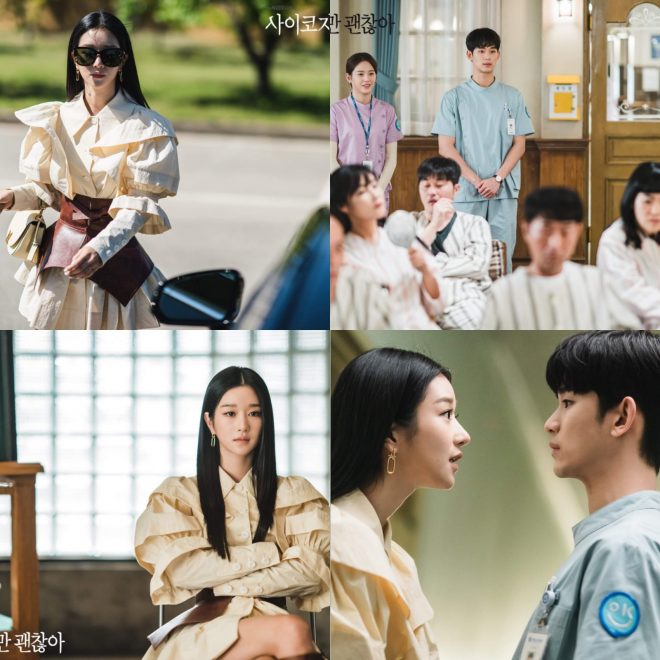 Kwon Gi Do (Kwak Dong Yeon), the youngest son of assemblyman Kwon Man Su (Han Ki Joong) is signed in at OK Psychiatric Hospital. Unknown to many people, the young man suffers from manic disorder and has an occasional habit of stripping. In a turn of events, Kwon Gi Do escapes from the hospital, running into Moon Young.

Knowing that Gang Tae would come after them, Moon Young takes Gi Do along with her driving her in full speed. They reach the spot where the assemblyman is having a campaign event for an upcoming election. Gatecrashing the event, Kwon Gi Do rushes to a mike and conveys his thoughts about his father’s treatment towards him to the crowd.

After following the duo, Gang Tae also reaches the location and he hears what Kwon Gi Do had to say. Born to a well-established family, Gi Do was faced with a lots of expectations which he failed to meet. To get the attention of his negligent father, he started acting out but in the end his mental condition became worse.

Gang Tae looks intently at the assemblyman’s son as he seems to have seen a part of himself in Kwon Gi Do. He imagines himself to be one at the stage, finally breaking free of all the shackles. Then, he proceeds to ask Moon Young, “Should I just have fun with you?” 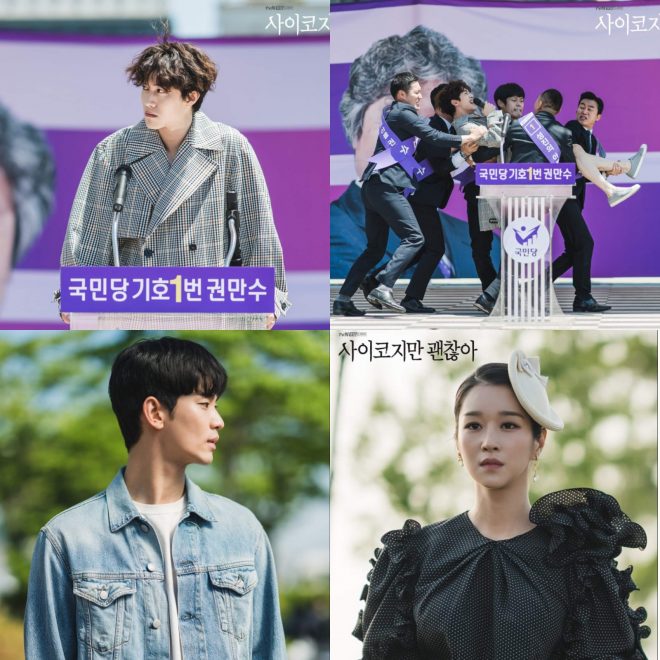 It’s Okay To Not Be Okay Episode 3 Afterthoughts

The latest episode was nothing like I had expected. Though I did not find this episode as powerful as the first two but it is still a good surprise. There were some comedic moments while other moments dived into deep issues.

The third episode was primarily an introduction to OK Psychiatric Hospital and the world of mental patients. However, there is still a lot mystery on Gang Tae’s thoughts and feelings. As for Moon Young, her nightmares piques many questions about what had happened to her family. Regardless, it seems like Gang Tae and Moon Young will be each others prescriptions.

I also loved how the drama visualized the world from Kwon Gi Do’s perspective in comparison to others around him. His heartbreaking story sheds light on how people often get misunderstood for being different.

In addition, definitely praiseworthy is the exceptional cinematography that creates the feeling of a fairytale. Deserving full points, the scene at the mansion was quite thrilling which was bolstered by the creepy narration, well-crafted edits and frightening visuals.

While there are multiple aspects of It’s Okay To Not Be Okay that makes it an exciting watch, the biggest factor is the impending suspense on both the main leads pasts. Asides from the plot, the top-notch acting must not be missed at any cost.

It’s Okay To Not Be Okay airs every Saturday and Sunday.