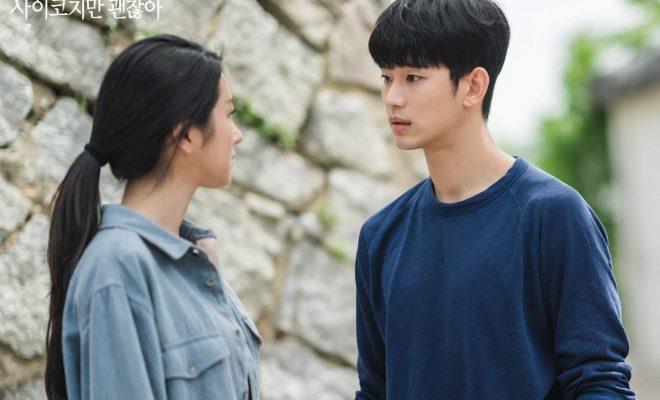 Episode 5 of It’s Okay To Not Be Okay shows the feisty heroine being adamant in getting what she wants even if it means breaking all the limits.

Crossing all limits, Go Moon Young (Seo Ye Ji) persistently keeps approaching Moon Gang Tae (Kim Soo Hyun). The unfeeling lady keeps pushing the buttons of her subject in her attempts to get him submit to her. Meanwhile, a mysterious aura continues to linger in the main leads’ surroundings signaling an upcoming storm. 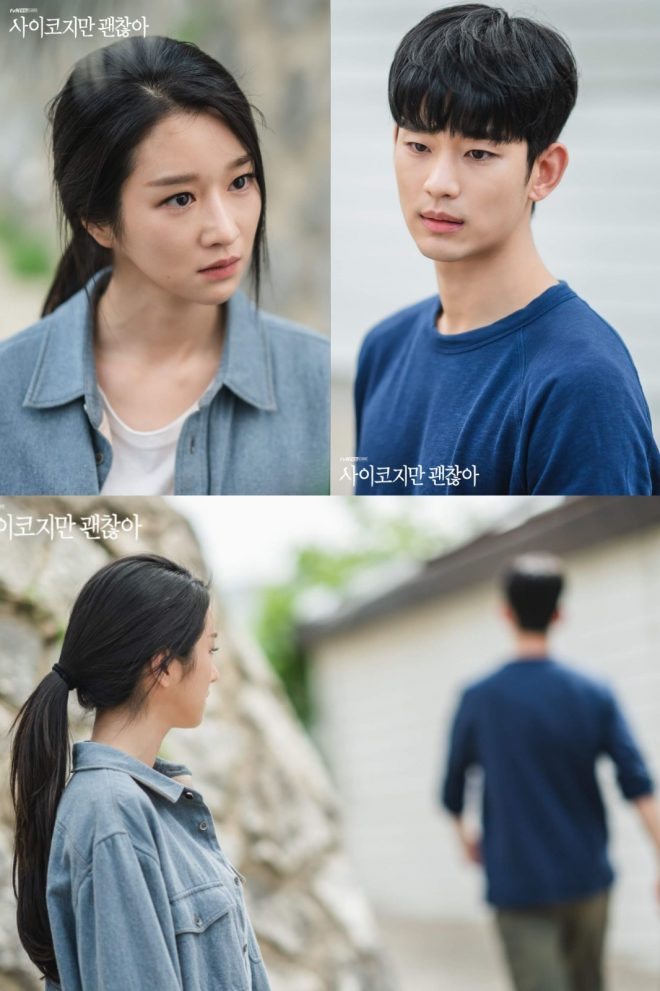 Night together and sad reason for a smile

Thereafter, Moon Young blackmails Gang Tae to allow her spend the night at his place. Having left with no choice, Gang Tae concedes to her demands.

As they spend the night lying by each other’s side, Moon Young comments on his fake sincerity. To that, Gang Tae answers that it was because of his brother, Moon Sang Tae (Oh Jung Se).

Sang Tae would always study his younger brother’s face to understand what he was feeling. Thus, under the circumstances, Gang Tae got used to displaying a smile even when he is at his worst. 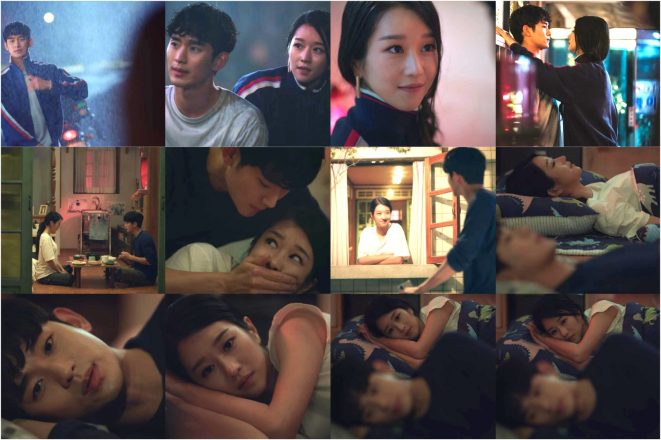 The fight for love

Nam Joo Ri (Park Gyu Young) cannot hide her abhorrence for Go Moon Young. In a conversation with Park Haeng Ja (Park Young Nam), she speculates whether Moon Young’s father attacked his own daughter because of some deeper reason. However, the older nurse disregards her point and advices her to be professional.

Thereafter, completing her shift, Nam Joo Ri heads to Gang Tae’s place only to find Moon Young dressed in his clothes. The duo end up squabbling as Moon Young accuses the other lady of being two-faced. Following that Joo Ri slaps her nemesis whist the other pulls her hair.

Before things could get ugly, Gang Tae stops the two. Meanwhile, Moon Young gets mad that Gang Tae only yelled her name and glared at her. Whereas, Nam Joo Ri is jealous for the very same reason. Later, at the hospital, Gang Tae rejects Joo Ri by asking her not to waste her feelings on him. 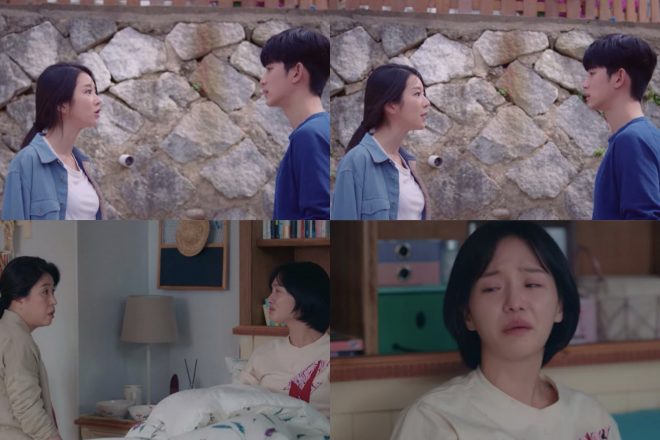 The ghost who sings

At the OK Psychiatric Hospital, there are ongoing rumours about a ghost who moves about and hums at the corridors. An interesting mystery, both the patients as well as staff are gossiping about the faceless entity.

Meanwhile, a creepy lady comes to Go Dae Hwan (Lee Eol) and tries to strangle him. Immediately, after his condition worsens, the other patients got alarmed however, they did not notice anyone’s presence. 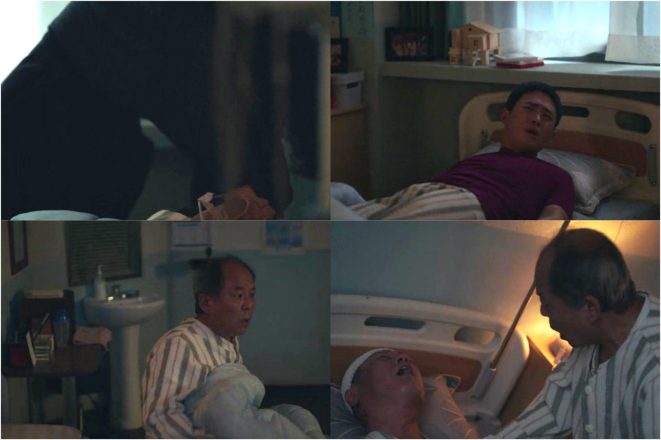 The trap and some revelations

After learning that Gang Tae lives under the same roof as her old classmate, Moon Young makes up her mind to bring Gang Tae to her place. Knowing that Sang Tae is the only weakness of her target, she lures him to follow her.

At her castle, Moon Young gives an agreement paper to sign. Next, as they wait for Gang Tae to come, Moon Young narrates a story to her hostage. In that story, which is seemingly Moon Young’s story, there is a young girl who had always been called special by her mother.

Because of her mother, the young girl could never leave her mansion. Regardless, the girl would pray every day for a prince who would rescue her. A flashback shows a young Moon Young (Kim Soo In) at the balcony of her house who becomes happy after noticing Gang Tae (Moon Woo Jin) at her gates.

Little Moon Young dashes to meet Gang Tae only to be stopped. Then, as she reaches the gate, she treats him badly and throws away his flowers. Returning to the present timeline, a worried Gang Tae calls Moon Young to find her whereabouts. Moon Young informs him that they are at the death castle.

Surprised that Gang Tae did not question any further, Moon Young asks him about it. Gang Tae answers that he had been to the location once, which was on the day Moon Young saved his life, thus, revealing that he knew about their childhood connection all along. 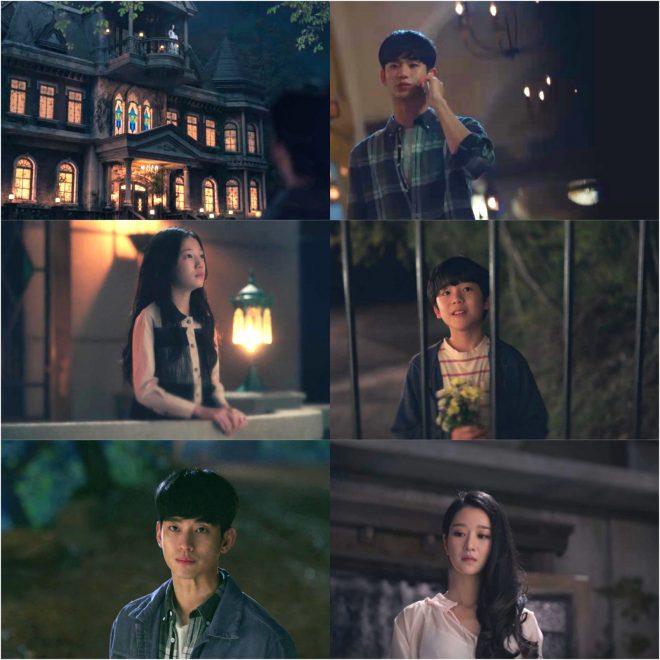 It’s Okay To Not Be Okay Episode 5 Afterthoughts

This episode did not have any over-the-top moments like those in the first four episodes but there are some small events that might act as a catalyst and cause a huge rupture. Such as, the ghost that hums at the OK Psychiatric Hospital is a big mystery. But it is likely that the ghost might have connections with Go Moon Young.

The love triangle looks pretty much dead given the fact, that the only person who could ever get Gang Tae bothered is Go Moon Young. But there is still a lot of bad blood between the ladies, and it all connects to the past occurences so I am wondering how that will pan out.

As for Go Moon Young’s unfair methods to win over Gang Tae, it does not come as a surprise to me. She is someone who is incapable of understanding the difference between right and wrong and her mother’s influence worsened her condition further.

On the other hand, Moon Gang Tae is not as simple as he leads on either. He’s someone who had pretended his entire life for the sake of his brother so his innermost thoughts and feelings might be much more complex. Therefore, I am looking forward to see the reasoning on why did he act like he did not recognize Moon Young.

It’s Okay To Not Be Okay Airs Every Saturday and Sunday via tvN. The series is available to stream on Netflix. 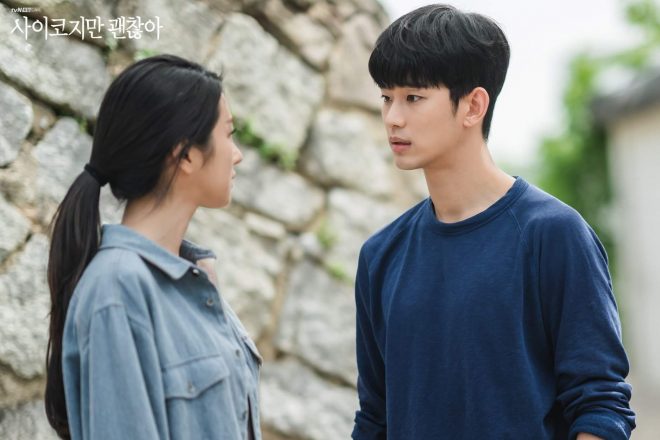