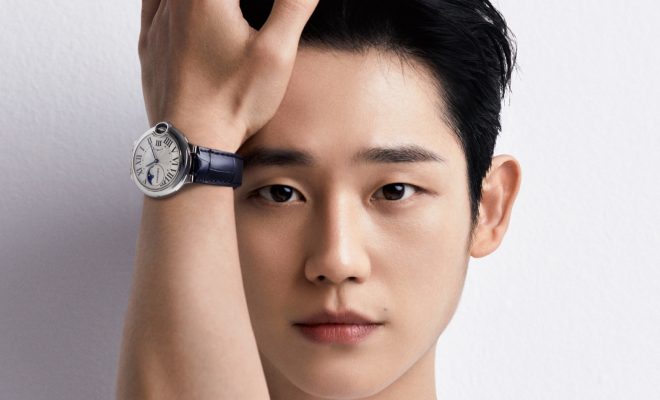 Decorating fashion magazine Esquire, Jung Hae In is captured in mesmerizing photos for its March issue

In this pictorial, Jung Hae In expressed the energy of Spring with bright colored clothes of light texture. His unique fresh smile and neat look alternates to sharp and chic demeanor as shown in the photos. 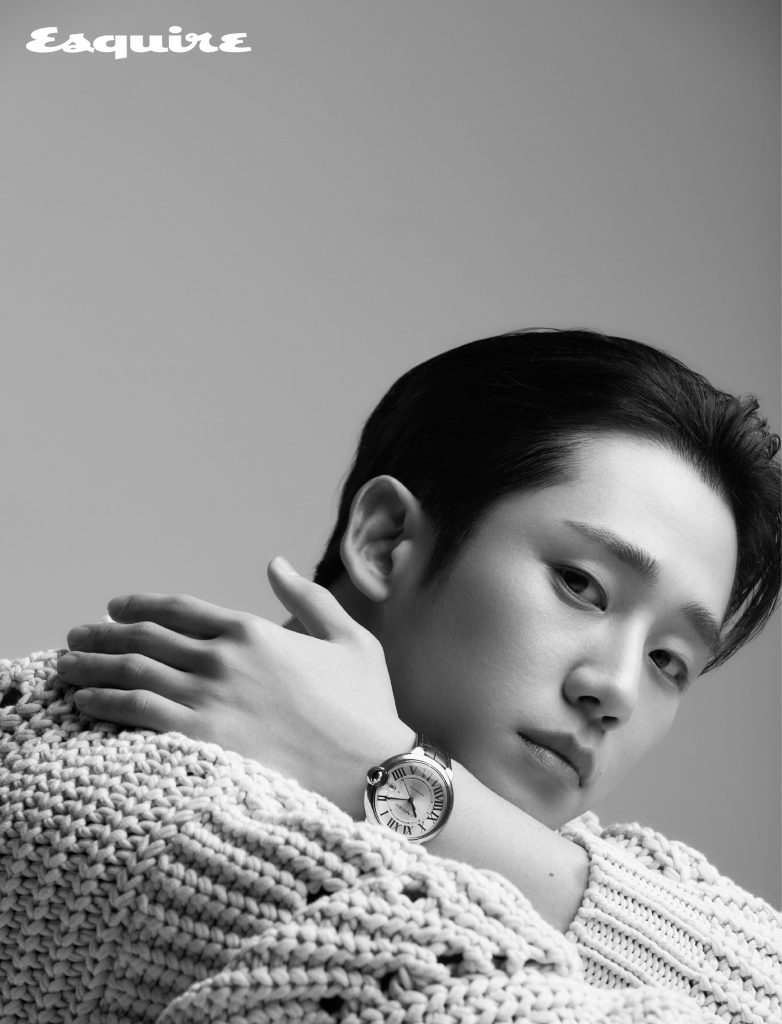 Praised by the staff for his professionalism, Jung showed his understanding and focus to bring the concept of the photo shoot to life.

In the released images, the actor is seen modelling sleek looking watches. His clothing takes minimalist tone emphasizing the accessory adorning his wrist. 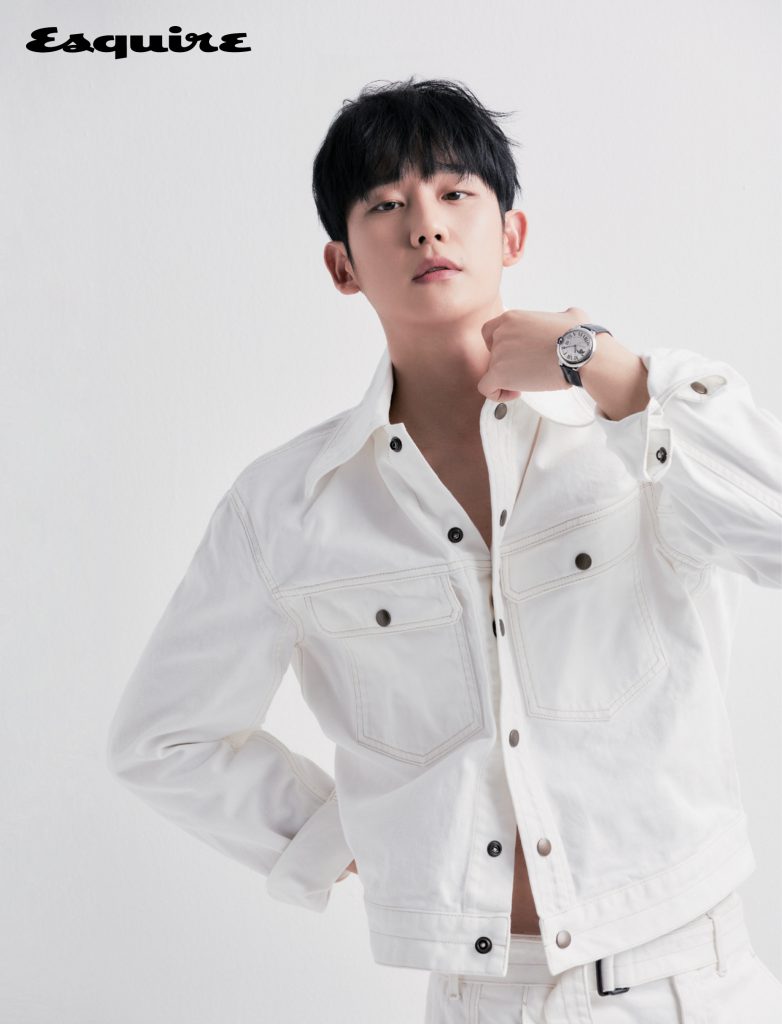 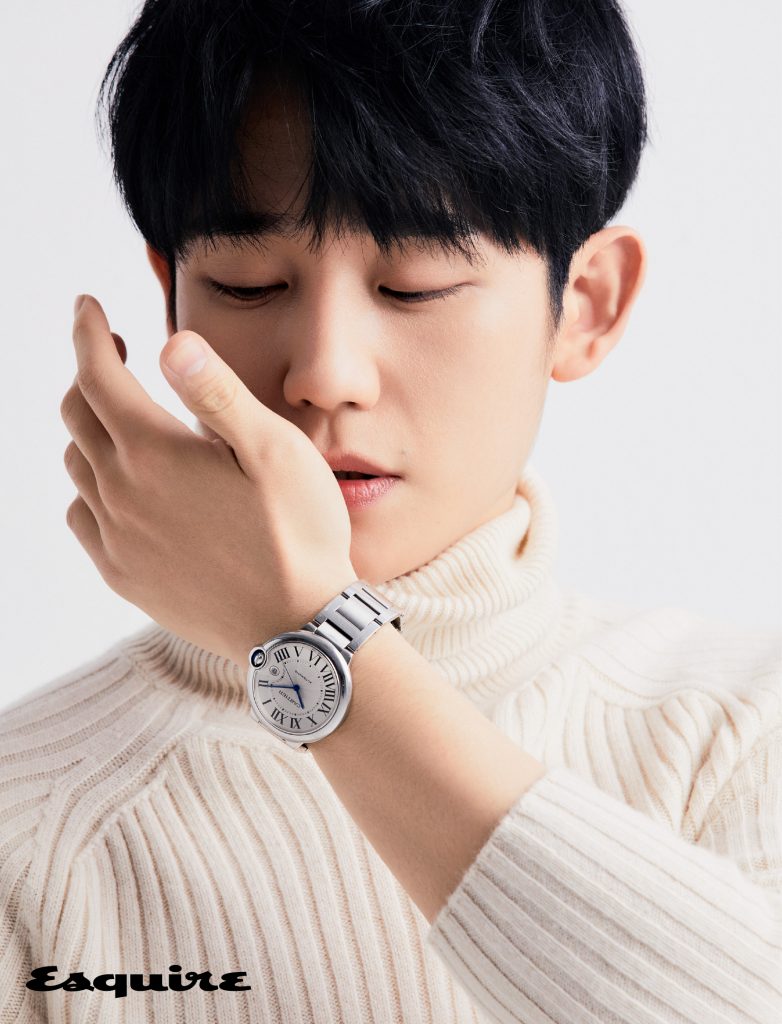 Subsequently, in the accompanying interview, Jung discloses stories about his upcoming drama. Introducing his latest work, he revealed being drawn by the polished concept of artificial intelligence and the mysteries of inner mind.

For his new role, he is set to play the role of an Artificial Intelligence programmer named Ha Won. The series also reunites Jung to the writer of his recent film Tune in For Love.

Recently, Jung delighted his followers through his KBS travel-documentary show. Journeying on foot, he explored New York city in the United States.

More photos and interviews of the actor will be featured on Esquire magazine’s March issue. 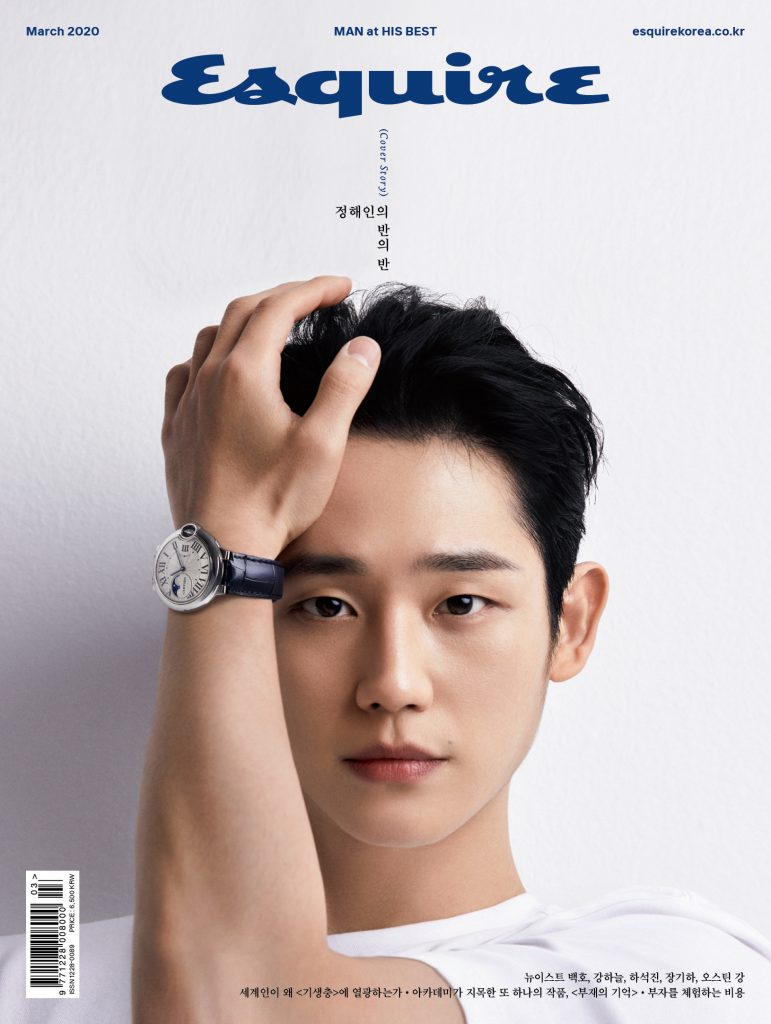 Hellokpop, as an independent Korean entertainment news website (without influence from any agency or corporation), we need your support! If you have enjoyed our work, consider to support us with a one-time or recurring donation from as low as US$5 to keep our site going! Donate securely below via Stripe, Paypal, Apple Pay or Google Wallet.
FacebookTwitter
SubscribeGoogleWhatsappPinterestDiggRedditStumbleuponVkWeiboPocketTumblrMailMeneameOdnoklassniki
Related ItemsJung Hae In Esquire photosJung Hae-In
← Previous Story 7 Korean Dramas That Take Similar Vibe As “Crash Landing On You”
Next Story → Shin Hye Sun Relays Thoughts About Her New Film In Harper Bazaar’s Interview