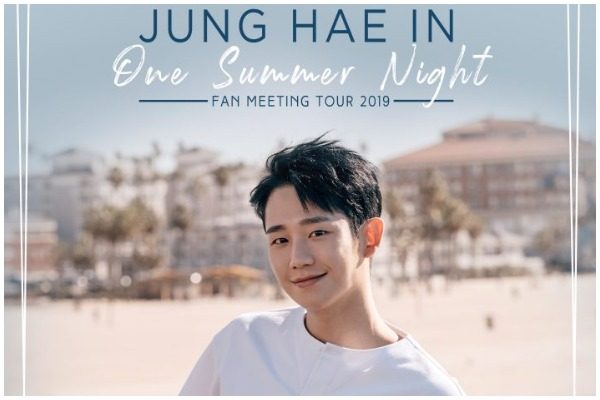 These talks put a spotlight on the actor’s views and personality which only proved he is more than just a pretty face.

Jung Hae In is considered fairly new to the industry and started relatively late as he debuted at the age of 26. His official entry to mainstream show business was through the 2014 TV drama Bride of the Century. Since then he has achieved more and solidified his status as one of Korea’s bankable stars. 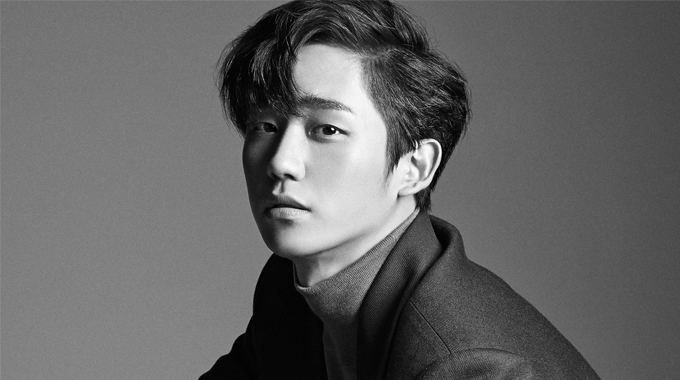 He has provided glimpses into his maturity and personality through the many interviews he has done in such a short amount of time. He displayed his endless charms and it was indeed a delight to know bits of information regarding this dashing leading man.

Read on to get to know more about Jung Hae In as an actor and a regular person who mostly enjoys his barbecue.

In this interview, the actor talked about (at the time) the recently concluded drama Something in the Rain. He also spoke about the character he played, how he coped with his sudden fame and future projects. The actor was vocal about acting as his career focus and thanked the people he worked with in the drama for helping him out during the shoots. 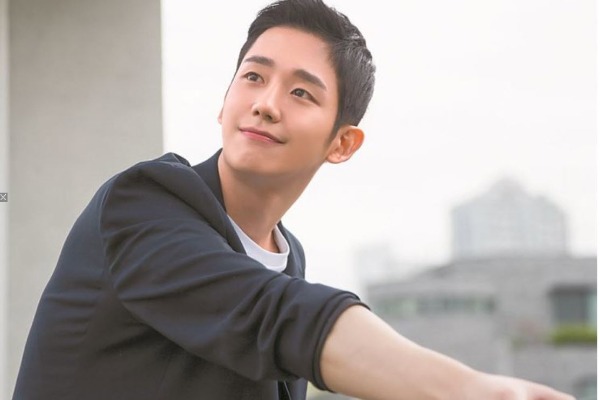 He said, “I know for sure that my popularity will fade soon. I want to take deliberate steps to prove myself as an actor, so the audience will appreciate the character I play, not me.”

The actor displayed elegance and sincerity during his photo shoot for W Korea magazine. The interview that followed has the same atmosphere. Jung Hae In expressed being in a “dream” after the success of Something in the Rain and experiencing a rise in popularity. The interviewer asked him how he was feeling, and his answer has a tone of bewilderment but mixed with complete honesty. 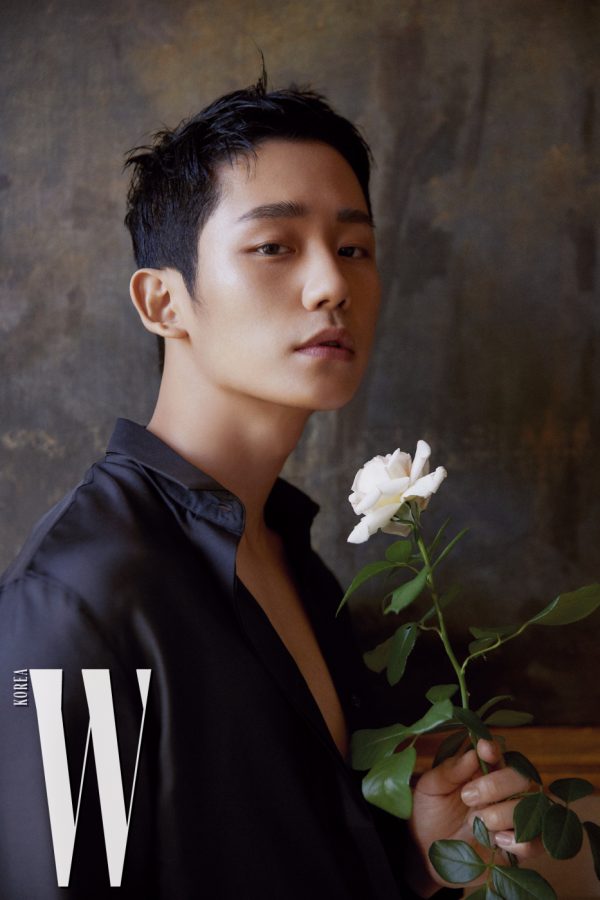 “It seems like I am in a dream and I don’t realize it. When I finished my work, I needed some time to be alone, but I was so busy lately that I had little time to do so. Just because the work is over, it doesn’t mean it’s over,” he said.

He added that he feels anxious for not being able to find time for himself. “Now that the schedule for fan meetings and advertising events has ended, I’ll have time to rewind.”

Jung Hae In was the January 2019 featured artist of Esquire Singapore. The actor was even more candid in this interview about his personality and the things he wants to do. He revealed that he could be shy around strangers at first but opens up by “cracking jokes and become a mischievous boy” once he gets to know people more. 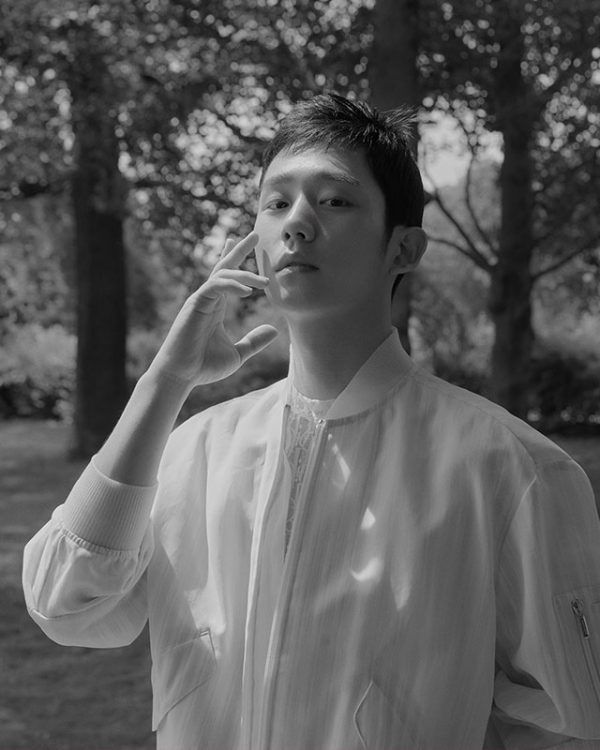 When asked if he has found out the roles he is afraid of or uncomfortable with, Jung has this to say:

“I found that there is no answer and feel that nothing’s easy every time I act. I felt afraid at every moment and experienced continuous challenges. This, I think made me feel great every time I got through each film. And I believe it will continue.”

The VLIVE broadcast was more than an hour long and we surely learned a lot about Jung Hae In from it. His co-star Han Ji Min has spilled fun facts regarding the actor as both answered questions and comments from viewers during the broadcast. Among the facts revealed is that Jung Hae In generally prefers talking over the phone rather than texting and he has great love for meat. Han Ji Min divulged that Jung Hae In has great barbecuing skills and the actor took it to heart when she complimented him about it. 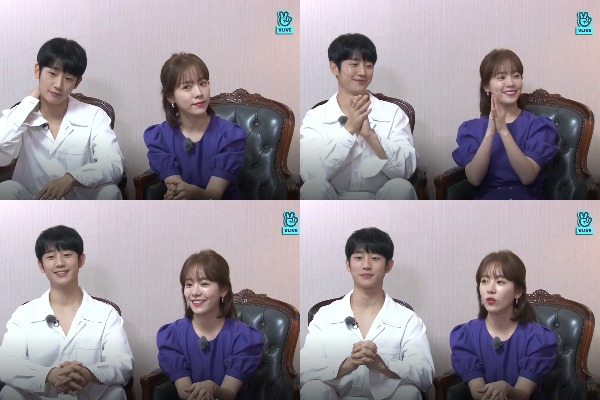 Jung would always grill the meat for them whenever they go out and eat at restaurants, a fact proudly acknowledged by Jung Hae In himself. “That’s right. I have to grill the meat, and I have to cut it. The grilling method is different depending on the pan and the heat. I like meat and I have it a lot, so after some trial and error, I’ve gained some skills.”

Jung has divulged during the magazine interview that his character Yu Ji Ho in One Spring Night was the “most difficult” role he had so far. He confessed that since Yu Ji Ho was the type of person who refrains from fully expressing his feelings, he approached the character by doing every emotion in “half”.

The One Spring Night star also talked about the movie Tune in for Love, in which he co-starred with Kim Go Eun. He revealed that after Something in the Rain he received many offers, but it was the movie he eagerly chose out of them. 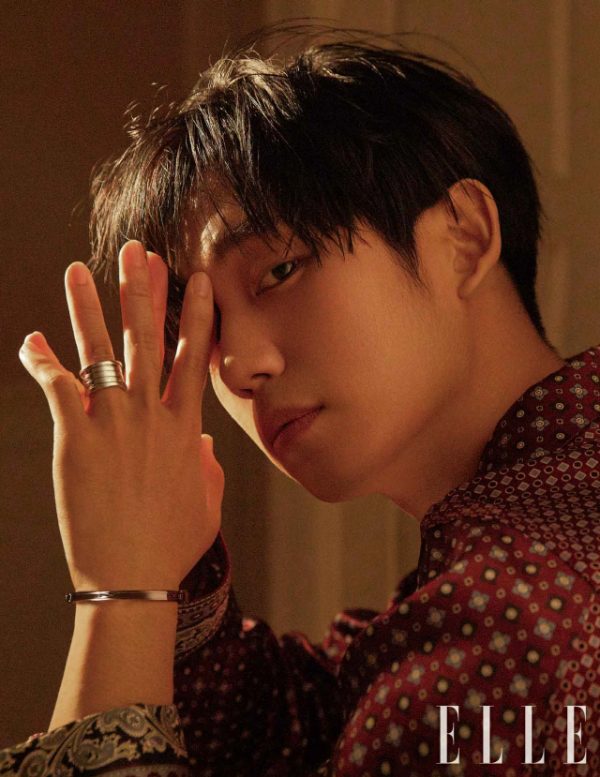 He also expressed that he encountered quite a challenge in acting out his characters in the drama and film as they were complete opposites. When asked how he relieved stress and take time off during his busy schedule, Jung Hae In revealed that having family is essential. “Just talking with the right people over a glass of beer is stress-relieving for me. It’s nice to spend time with family. I’m close with my brother and we talk a lot together.”

The actor will be back on the Philippine shores soon. He will be spending a day with his Filipino fans through a fan meet as part of his Asian tour.

Jung Hae In One Summer Night Fan Meeting Tour 2019 in Manila is happening on September 28 at the New Frontier Theater.

Fans can still get their tickets via ticketnet.com.ph and TicketNet outlets.

READ: Jung Hae In Brews Something Sweet For His Philippine Fans In September

Jung Hae In One Summer Night Fan Meeting Tour 2019 in Manila is brought ot fans by FNC Entertainment and presented by Wilbros Live.

We need your support! If you have enjoyed our work, consider to support us with a one-time or recurring donation from as low as US$5 to keep our site going! Donate securely below via Stripe, Paypal, Apple Pay or Google Wallet.
FacebookTwitter
SubscribeGoogleWhatsappPinterestDiggRedditStumbleuponVkWeiboPocketTumblrMailMeneameOdnoklassniki
Related ItemsJung Hae In MANILA 2019Jung Hae In One Summer Night TourJung Hae-In
← Previous Story GOT7 Music Milestones That Are Just Right To Prep You Up For “GOT7 Keep Spinning In Manila”
Next Story → Cha Eun Woo’s Magazine Photos & Interviews That Prove He Is Beautiful Inside Out