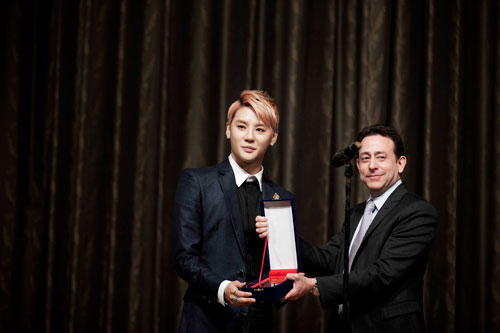 Kim Junsu has received the honourable award of the Foreign Public Relation award for exposing the Korean culture to the world.

The JYJ member received the award on December 7 at Seoul’s Lotte Hotel, where a total of 300 guests and ambassadors of various countries participated in the public relation awards ceremony.

The Foreign Public Relations award is given to the person who has worked the hardest to share the Korean culture with the world. The award recognises the person or group who has been selected by foreign reporters and people.

The star proved his popularity with his concert, which spanned over six countries including Asia, USA, Germany, Chili and South America.

“I’m very happy to have received such a meaningful award despite that it hasn’t been to long since I ended the world tour. Thank you. I will try even harder.” Kim Junsu said.

He will also be the first idol to hold an orchestra concert at the end of this year called 2012 XIA Ballad&Musical Concert. 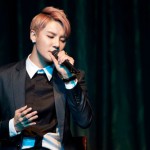 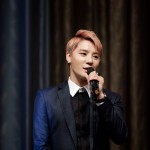 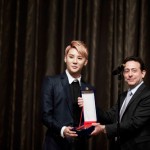