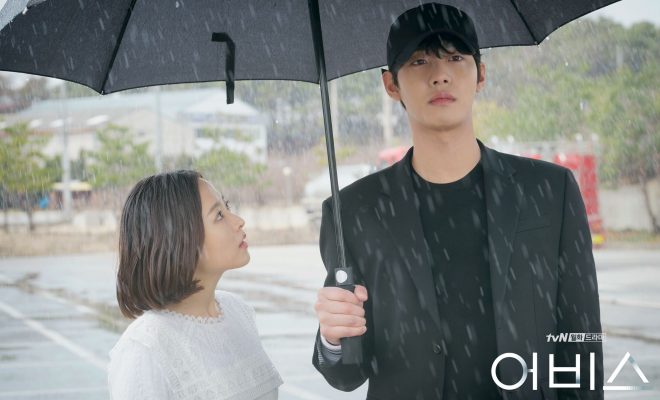 Two souls given a second chance in life, however, their present situation may prove to be harder than their previous existence.

In Abyss, Cha Min and Go Se Yeon are at the center of this supernatural event. The two individuals have known each other for twenty years and one has been harboring romantic feelings towards the other. Go Se Yeon is a beautiful and successful prosecutor. Cha Min, while possessing an unattractive face, is the heir to a wealthy household. 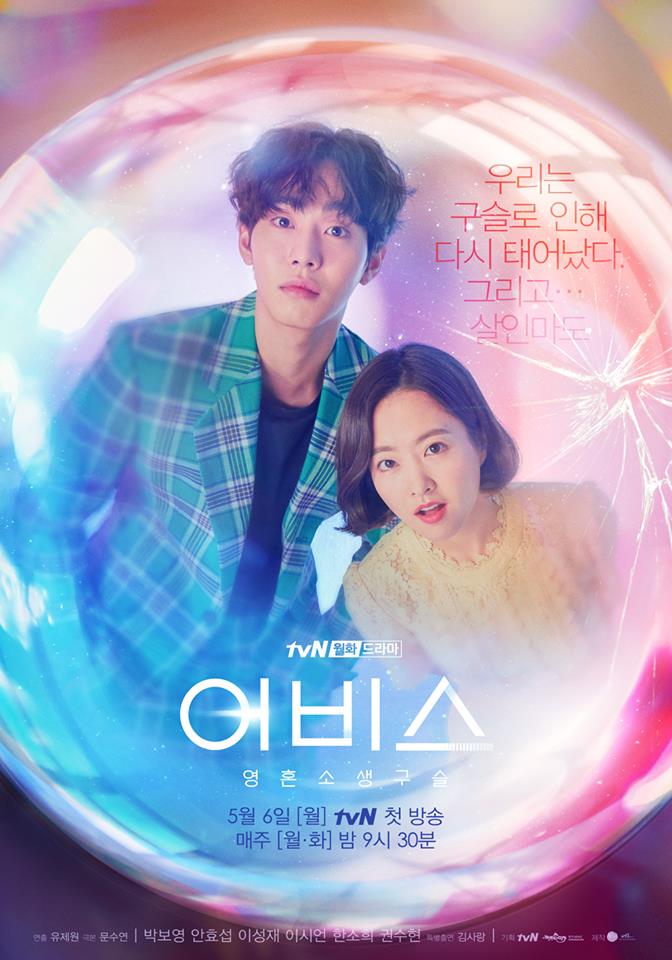 Meeting their untimely deaths, both were reincarnated with physical appearances a lot different from their old ones. Apart from struggling to understand the circumstance behind their resurrection, problems also arise. Cha Min becomes the prime suspect in Go Se Yeon’s murder case. Together they will try to identify the culprit who is also related to serial killings and clear Cha Min’s name at the same time.

Cha Min (Ahn Se Ha) is at the top of a building crying over his fiancée who just called off their wedding. After re-reading the harsh words sent to him by his now ex-fiancée, Hee Jin, he tries to jump off the building but, he hesitates. He tries once again and at the last minute, he decides not to go through it. However, a huge gust of wind causes him to lose his balance and have him clinging to his dear life.

Meanwhile, Go Se Yeon (Kim Sa Rang) visits a crime scene and tries calling Cha Min. She becomes slightly annoyed when he does not answer immediately. After a few more rings, Cha Min screams for help on the other line while blaming her for setting him up with Hee Jin. Thinking that he is only whining about his broken engagement, Se Yeon tells him to just forget about her. Before either of them can hang up, a mysterious force blows Cha Min away, he lands in an open field and dies. 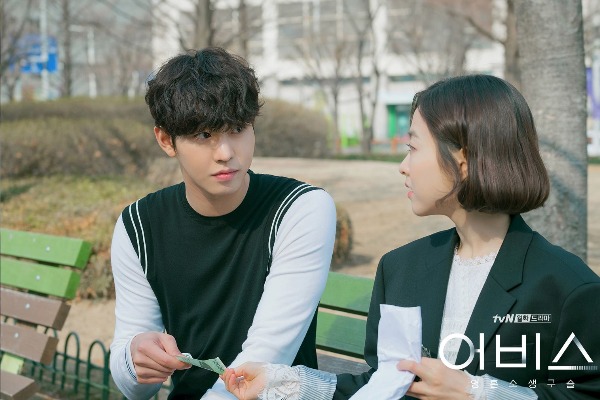 Losing Cha Min on the other line, Se Yeon proceeds inside the house. She actually knows the victim as one of her colleagues in law school. Prosecutor Seo Ji Wook tells her to hand over the case to him but she refuses because she feels that the culprit wants to be caught by her. She argues that it is the serial killer they have been trailing as the M.O. is the same.

Cha Min (Ahn Hyo Seop) wakes up inside his apartment as someone bangs at his door. Seeing his reflection, he remembers everything that happened the night before. After dying from his fall, he regains consciousness and sees two grim reapers. They explain that he was brought back to life with the help of the abyss. The abyss is a glowing magical marble that has the ability to revive dead beings.

He pretends to be Cha Min’s friend when his mother and housekeeper question his presence in the apartment. Cha Min tries calling Hee Jin but he is unsuccessful in reaching her. He decides to meet with Se Yeon but with his new look, she is unable to recognize him. He receives a message about Hee Jin being at the airport and he rushes to see her. While looking for her at the airport, someone approaches Hee Jin and Cha Min once again fails to see her. 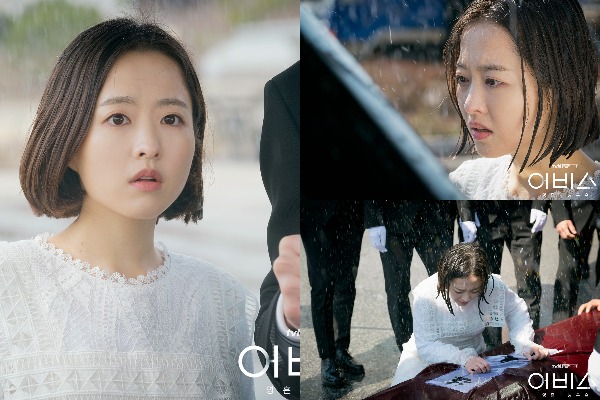 That night, Cha Min goes to Se Yeon’s place, determined to tell her of his current situation. He calls her to ask where she is. She answers and tells him to buy her hangover cure. He protests but goes to buy her two bottles at the convenience store nearby.

On his way back to Se Yeon’s house, he sees a man lying face down on the street. He turns him over and calls for an ambulance. The abyss in his back-pocket glows and Cha Min tries to use it. Without knowing the result, he goes to meet the ambulance and brings the rescuers to where he left the body. Much to their surprise, there is no one there. The rescuers reprimand him for making a prank call. One of them sees the hangover cures and tell him to just sleep off his drunken state.

He approaches Se Yeon’s house and sees a light from her window. He calls her out but one of the neighbors tells him to stop yelling as it is already late at night. When the light went off, he calls for her one more time but gets no reply. He decides to leave the plastic bag as the neighbor continues to complain. 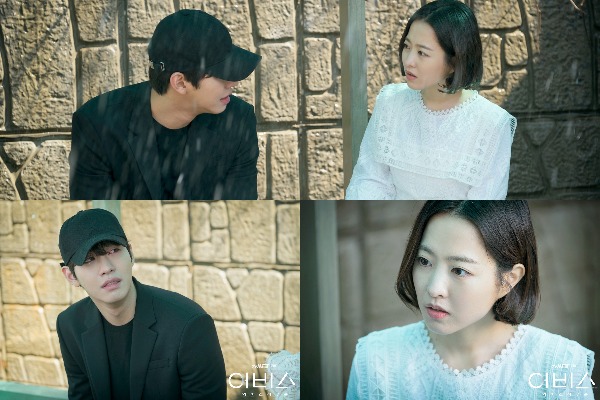 The next morning, he goes to visit her in her workplace and hears that she has been murdered. He goes back to her house and sees police and her neighbors gather around. Feeling devastated, he returns to his apartment where the house keeper finds his bloodied clothes. She asks him what he is doing back, and he tells her Cha Min wants him to come. She demands to know where Cha Min is and before he can answer, the police are at his door. He decides to flee and tells the housekeeper he will explain everything later.

The prosecution names Cha Min as the prime suspect on Se Yeon’s murder. They cite that he has been obsessed with her for years. And now that the authorities are unable to locate him, they warn the public and the police are searching for him.

The day of her funeral, Cha Min visits Se Yeon and cries over her dead body. The abyss glows once again and in desperation, he uses it on her. However, nothing happens, and he leaves feeling dejected. As he cries in a waiting shed, a woman dressed in white asks permission if he could lend her his phone. Seeing that he is not in the mood, she stops talking to him. As he leaves, the same woman follows him insisting that he is familiar and that he was the person she lent her shirt with.

The woman suddenly runs over Se Yeon’s family insisting that she is not dead and that she is standing right in front of them. Understanding the situation, Cha Min drags Se Yeon (Park Bo Young) and says he knows everything. 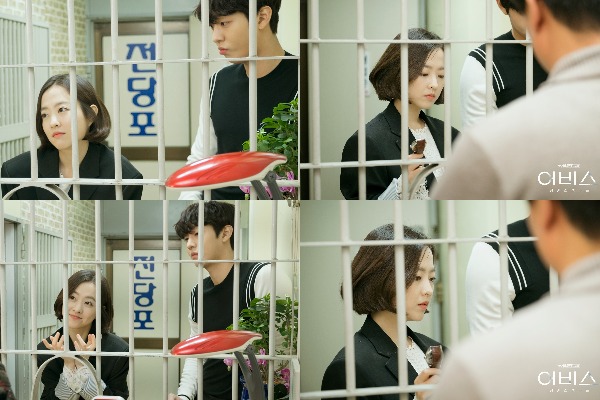 Cha Min explains to her that the abyss revives a dead person and that the appearance is based on the soul. However, she still could not understand how she ends up looking average. Cha Min is frustrated too as questions why she could not just be reborn with her old face, so she could tell the police he is not the murderer.

Armed with the determination to catch the murderer and Se Yeon’s know-how as a prosecutor, the two of them secure money. They pawn off Cha Min’s valuables and sleep at her parents’ diner. The next morning, with the help of the car dashcam of the convenience store owner, they get a license plate of the only taxi that drove by the night of the crime.

Se Yeon remembers the name of the face she currently has and uses it to gain access to her office and apartment. She also discovers that, Mi Do, a well-compensated lawyer, has a relationship with the detective investigating her crime. She sends him a text without realizing the relationship is over, asking to know about the license plate. 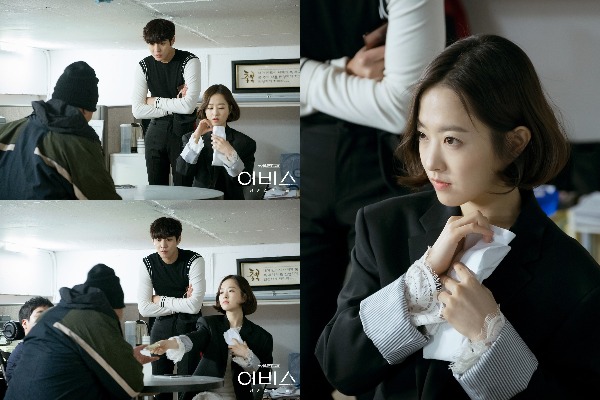 He texts back with the name. Se Yeon and Cha Min goes to taxi driver’s place. She remembers him as Park Gi Man, the father of one of the serial killer’s victims. Cha Min sees a photo of a man and reveals it is the same man he uses the abyss on that night. The police also reveals to Prosecutor Seo Ji Wook that Se Yeon suspects Doctor Oh Young Cheol (the same man Cha Min revived).

At the same time, Park Gi Man goes to Oh Young Cheol’s house, determined to finish him off but it appears he is not home. He is about to leave when a bearded man asks if he is there to visit Young Cheol. He insists he comes inside as it has been a long time since someone visited the doctor. Park Gi Man, however, is unable to see the sinister look on the older man’s face.

Abyss has an interesting concept – people being reborn in the image of their soul. It was such a refreshing take on the idea of reincarnation, where the usual approach is for the soul to take over someone else’s with little to not having memories of its past life. Or the ones where the soul is completely reborn to a different being, far from what it used to be. In Abyss, however, the characters came back looking so much different from their old selves yet retaining their memories. I find it appealing that the new image people see on the outside are the reflection of how they were inside.

Cha Min, despite being born lacking in the physical department has a good heart and a handsome soul. It is quite evident that he lived a humble life and his intentions were pure. It was in contrast with how Se Yeon lived hers. Reborn as an average-looking woman (though I quite disagree calling Park Bo Young average), viewers can surmise that her character was not that pure. Although I guess it came with the job, being a prosecutor and a beautiful woman at that. 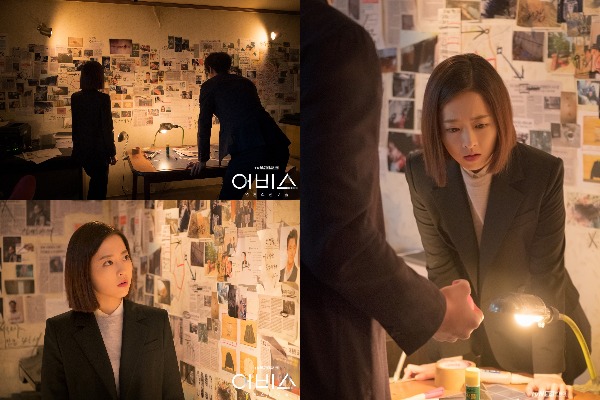 While I like the premise, the pilot week (most precisely the first episode) seemed cluttered. A lot has happened in the first episode alone that I had a hard time keeping up. Apart from reincarnation, there is a serial murderer whose latest victim was a prosecutor’s colleague. Then there is the father of one of the victims who is out to take justice into his own hands. There is a doctor the prosecution visits to question but they were unable to ask him due to an emergency. Se Yeon gets murdered presumably by the same person she is after. Then we came back to Se Yeon being reborn. These characters and conflicts were all presented in one episode. Good thing the second episode toned down a bit and it helped me catch up.

It was not a bad premiere week, but the writers could have done better. It was not a total disappointment as I like the chemistry between the main characters. They bicker like an old married couple most of the times and it is clear they have a strong bond. Despite that chaotic first episode, I find myself willing to devote time watching how this drama would go.

Abyss airs on tvN every Monday and Tuesday. It is also currently streaming on Netflix.