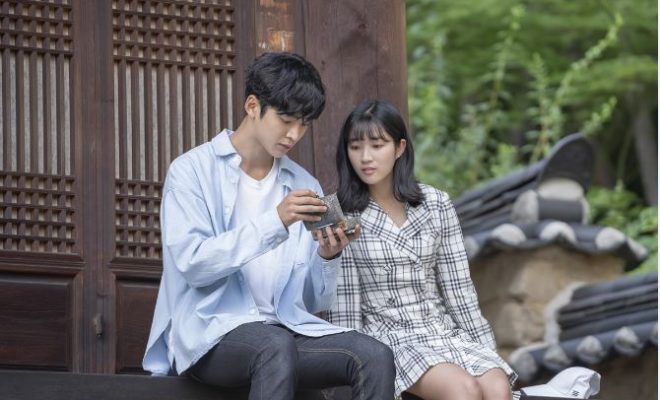 K-Drama Mid-Series Check: “Extraordinary You” Continues To Be A Sweet Mess With Its Cryptic Plot & Engaging Love Triangle

A constant battle to speed up and get the cryptic elements bared properly arises often when watching Extraordinary You. Just as hoping to make the moments stand still in scenes featuring Ha Ru, Nam Ju, Do Hwa, Joo Da, Dried Squid Fairy and Baek Kyung is normal. 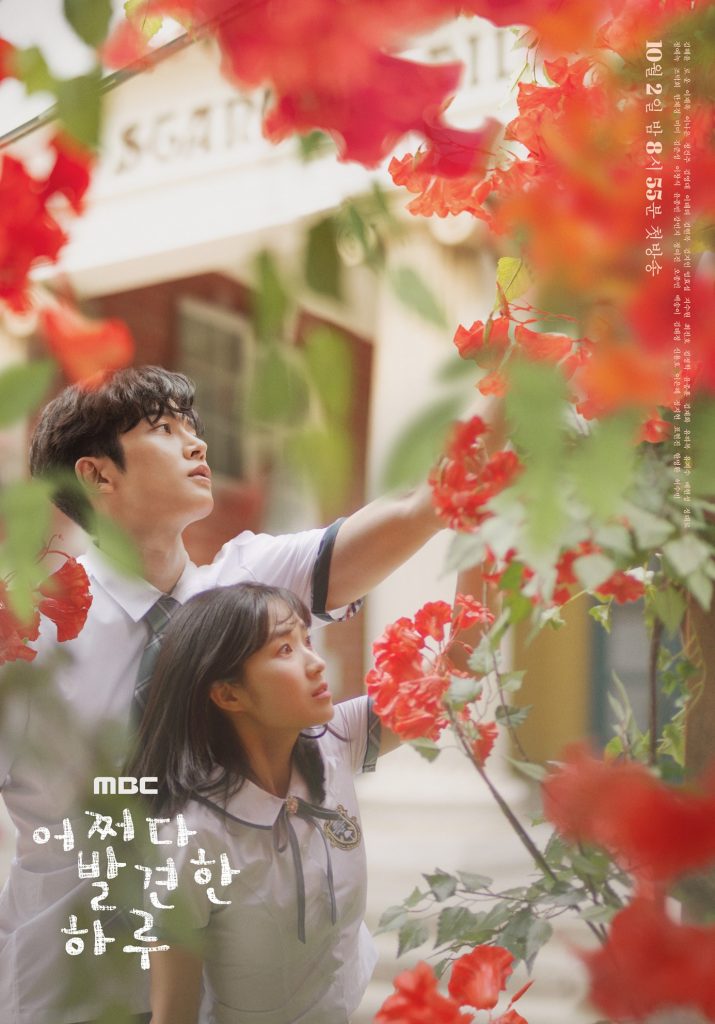 Born to a rich family, Eun Dan Oh (Kim Hye Yoon) attends a school for the elites and has been set for an arranged marriage with Baek Kyung (Lee Jae Wook).

Having a congenital heart disease since she was young, she has been sheltered and pampered, but is in constant sour side with her supposed fiance. Things change when Dan Oh notices strange things happening in her life.

Aside from seeing visions of the future, she also notices time jumps and missing memories. Inevitably she realizes she is a character in a comic book. And not the main one either.

Soon, she stumbles on another “extra” character in the story. As they get close, she names him Ha Ru (Kim Rowoon). Together, they set forth to challenge the manhwa world created by the writer.

Moving to a fast pace, Extraordinary You crossed its middle part with five main characters aware of their situation in the manhwa world. Jinmichae (Lee Tae Ri) warns Ha Ru (Kim Ro Woon) to stop Dan Oh in meddling the set story  citing it would hurt him in the process, but Ha Ru sharing the same sentiments as Dan Oh refuses to relent.

The stage and shadow rule introduced in the drama has not confused me so far. Adding to that, I like how the writing does not forget to throw in heart-fluttering scenes while building the romance lines of the series.

As Dan Oh struggles between the blooming love she is feeling towards Ha Ru in the shadow world, Baek Kyung, who has also been awakened in their manhwa situation, appears decisive in keeping Dan Oh both in his “stage and shadow” lives. Thus, keeping the main love triangle plot surging high.

The secondary love triangle starring Do Hwa, Joo Da and Nam Joo, which is highlighted in the “stage” setting of the manhwa world equally piques interest. Whether indecisive Joo Da, clears what she really feels, we have to wait and see how the three will progress. 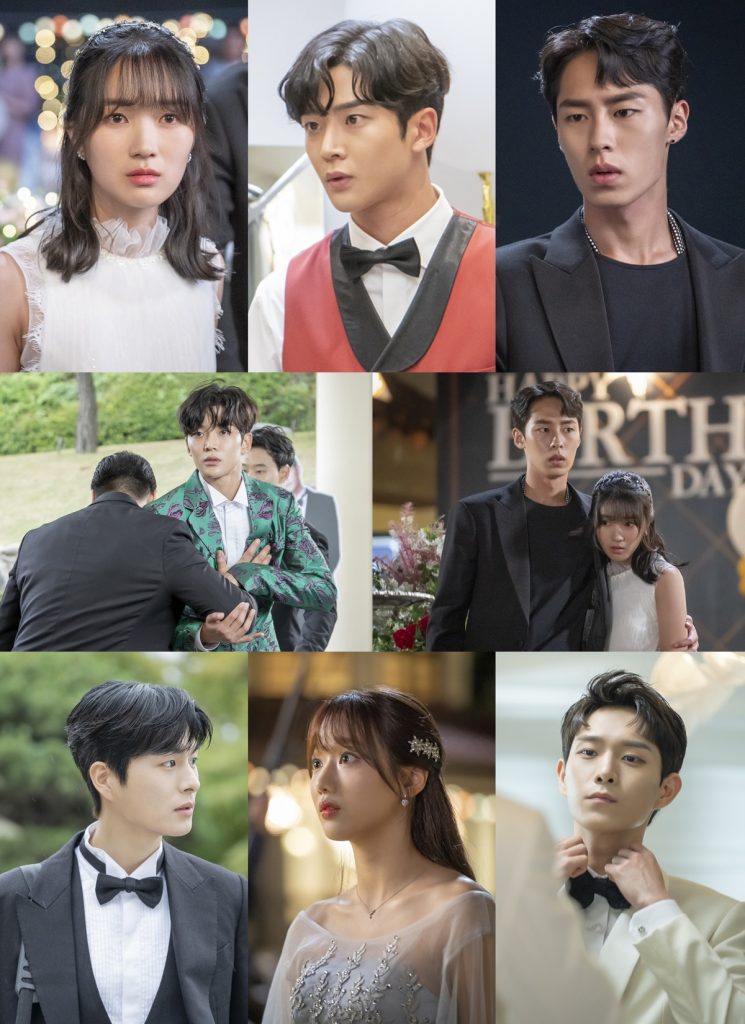 In my premiere recap, I mentioned the mysterious notes surrounding Rowoon and Lee Tae Ri’s characters to be important pieces of the plot twist. So far, it is heading that way.

Like the rest of “self-aware” characters, my grudges towards the writer is developing.

Now that Dan Oh is racing with time to fulfill her goal after learning it is limited, I honestly worry if the fantasy elements will be presented clearly. It would be a pity if the shown bravery in constructing complex worlds will not be justified.

Amnesia in typical K-Dramas is normal. I had to scratch my head though when it was inserted in the series. I think the intention was to hype the fictional love bond between Dan Oh and Ha Ru.

While it has served the purpose, as the audience are wary how erratic the mood of the writer is, we hope, no time slip elements will be included. Somehow, the storyline felt a little congested with bends and plot elements already.

So, when another manhwa (Trumpet Creeper) was introduced hinting the main leads with a period-set story – connecting the current manhwa (Secret) characters – I had to do a facepalm. Just how many more imaginary realms will be linked until the conclusion?

For the record, I am only mildly complaining. In fact, I am enjoying how chaotic and how teasing the plot movement is. It made me want to watch each chapter religiously because I might miss another crazy onslaught thrown in the plot.

Nonetheless, risky movements in plot building like this really freaks me out, especially when I like how the cast is showing hard work.

Doing a great job on their blossoming love, Kim Hye Yoon and Kim Rowoon are delightful to watch. It is cute and sassy for the most part of the series.

That is why the initial conflict of Dan Oh’s ticking time in the manhwa world really yields pressure not only to her and the boys who cares for her; but also to me and probably its drama followers.

If I can choose a happy ending, that would be Dan Oh magically escaping her sickness. Giving her the love she deserves would be a bonus.

At the onset, I confessed that no matter how much I love Lee Jae Wook in Search: WWW, his I-have-anger-management-issue face convinced me that a second-lead-syndrome moment is far from the horizon.

However, the writing is really making sure that the main young cast were getting their moments well in the story. Sprinting to the second half of the series, I know more of the love triangle moments will add weight in the narrative.

What is the connection of Trumpet Creeper and Secret? Will the self-aware characters overpower the manhwa writer?

Catch up on Extraordinary You every Wednesday and Thursday on MBC. 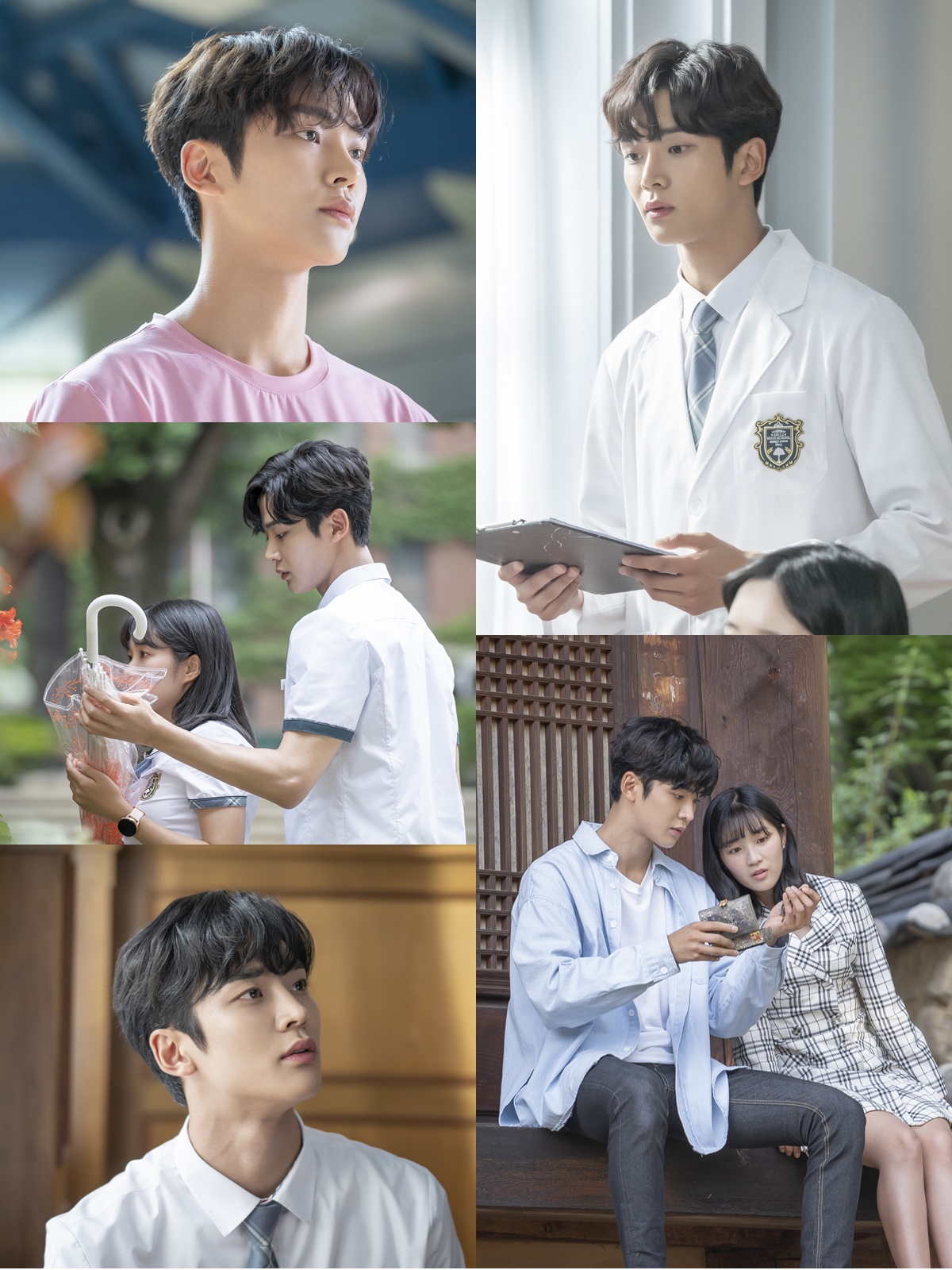 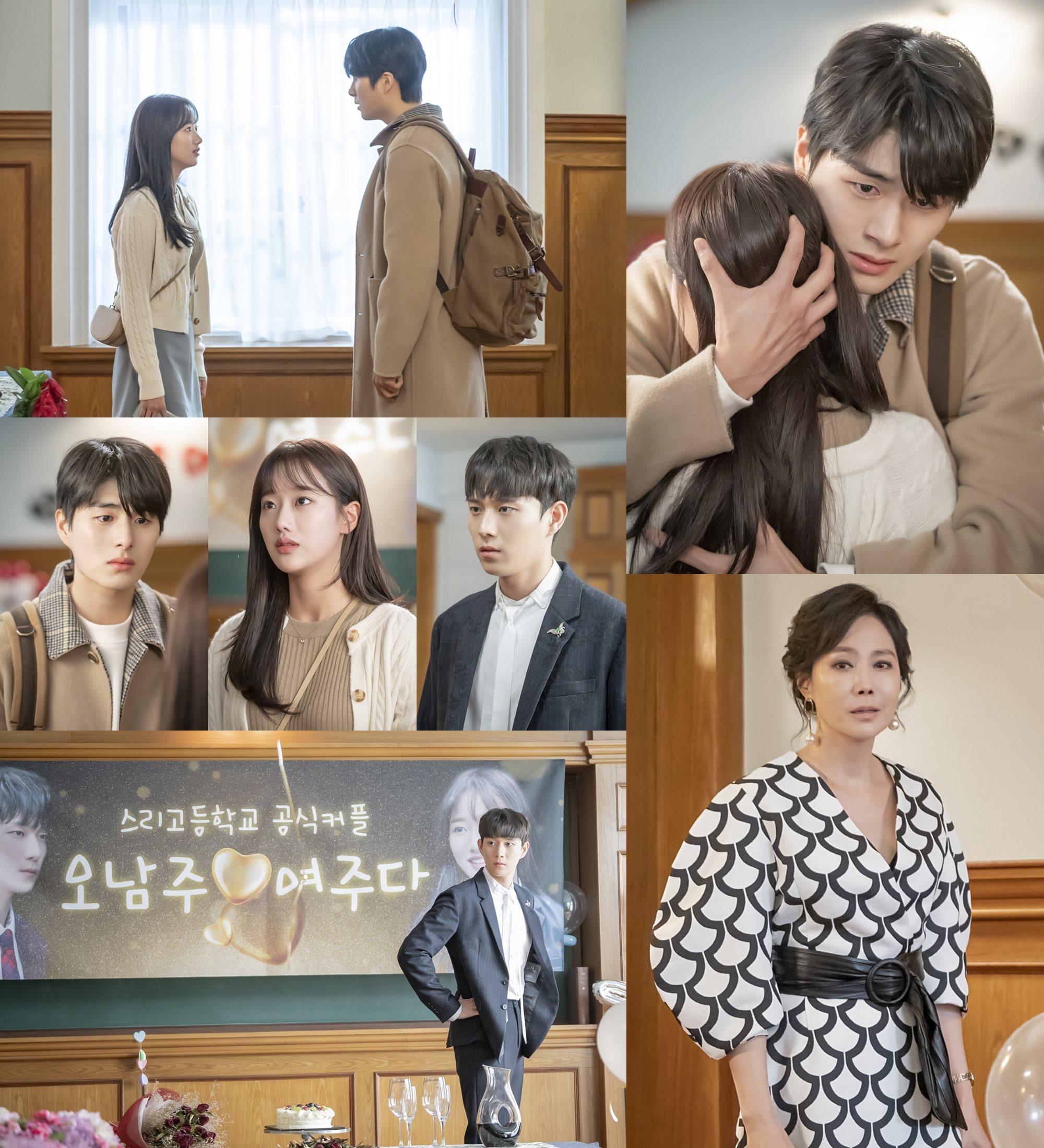 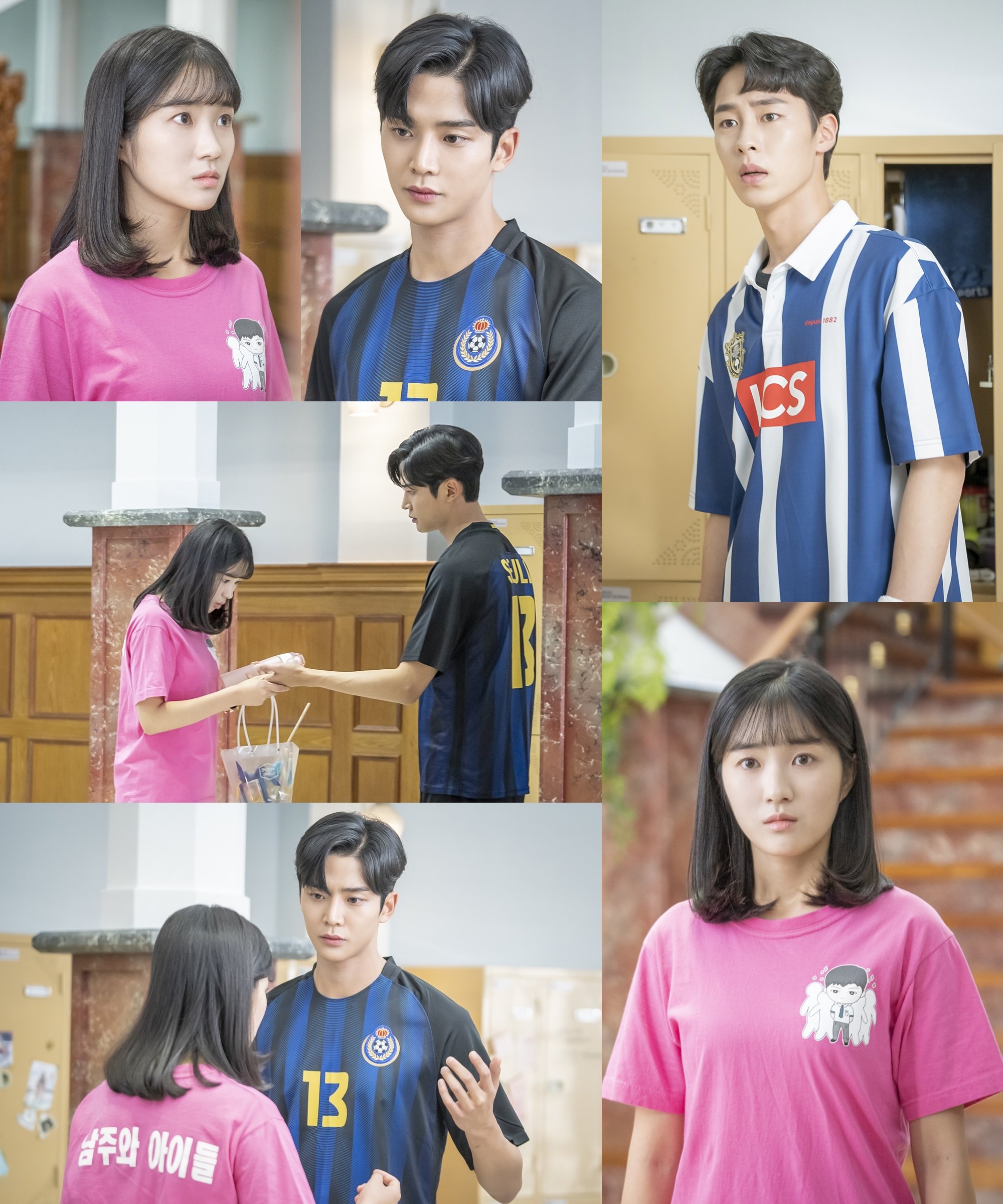 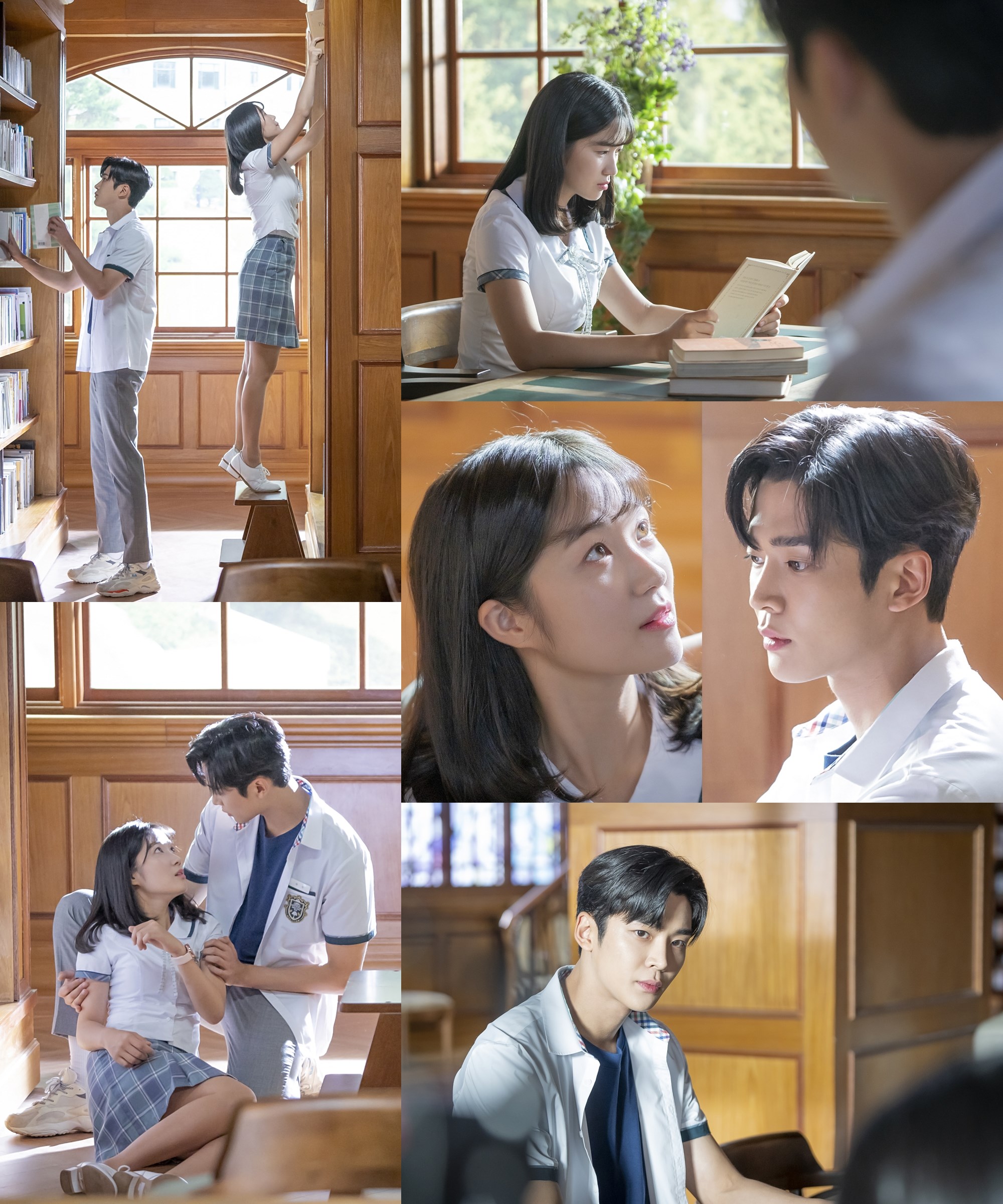 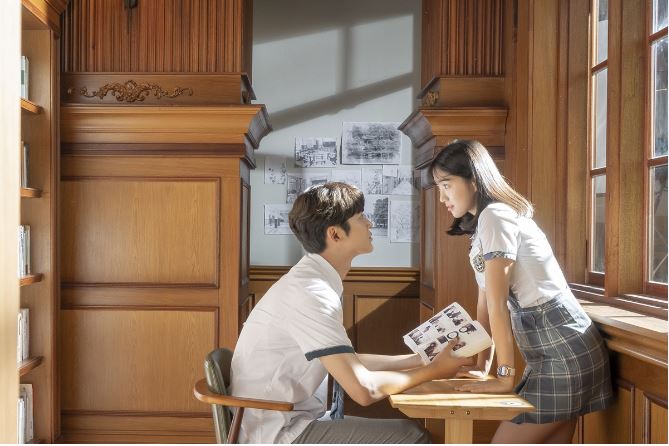