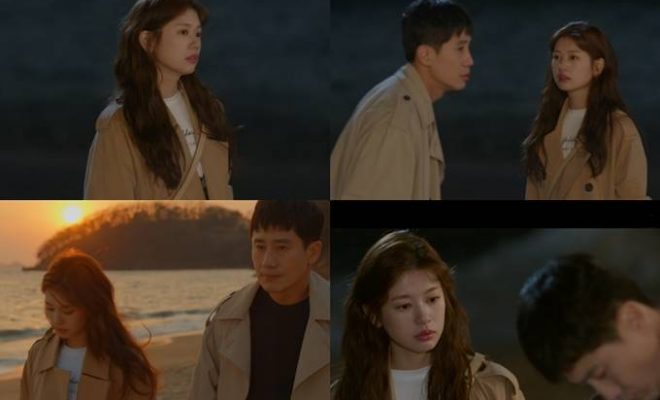 Soul Mechanic continues to impress viewers with its serious, but insightful portrayal of mental health and the road to healing!

With actors Jung So Min and Shin Ha Kyun at the helm of the KBS2’s drama, viewers are swept up in the show’s tender stories of the trials and tribulations that its characters experience.

The series focuses on its leading couple, Lee Shi Joon (Shin Ha Kyun) and Han Woo Joo (Jung So Min). Lee Shi Joon is a psychiatrist at Eun Kang Medical Center, well-known for his unconventional treatments for his patients. Han Woo Joo is a struggling musical actress who seeks psychiatric help and is diagnosed with intermittent explosive disorder as well as borderline personality disorder.

The two grow closer as Woo Joo becomes Shi Joon’s patient. Moreover, Woo Joo begins to work with Shi Joon at his hospital as a stage therapy actress, acting out skits that aim to help patients express their emotional and mental burdens.

The show focuses on Woo Joo and Shi Joon as its main storyline, however, it also invests time into exploring the lives of those closest to them. This includes the experiences of Shi Joon’s colleagues and junior staff at the hospital, as well as Woo Joo’s close friends.

The show hence focuses on its main and sub-plots throughout the series, however, it also features new patient cases each episode. In this manner, the show investigates the long-term journey of mental health through its main ensemble cast. The new cases each episode highlights the various mental health disorders people can experience and the efforts of healthcare professionals to help them.

Due to Woo Joo’s temper and an unfortunate false arrest, she is blacklisted in the entertainment industry as a musical actress. Unemployed and suffering from mental distress following the ordeal, she continues to seek further treatment for her mental health.

Woo Joo is referred to Shi Joon as a patient and he asks to treat her. The two grow closer as Shi Joon is able to understand and guide Woo Joo through her emotions, while she charms him by her generous and kind spirit.

After helping Shi Joon help a patient through stage therapy, Woo Joo asks to continue working with him at the hospital as this job makes her feel fulfilled and happy to help others. The two team up to help patients, while they grow closer along the way.

However, despite their success with patients, Shi Joon remains under close watch by the Chief of Psychiatry (Park Dae Ha) and the Director of the hospital (Jo Kyung Sook) due to his unconventional methods of treatment.

Most of the hospital staff encourage close abiding to hospital policies, rules, and medications. But, Shi Joon prefers to learn more about the patient’s personal history and tailor patients’ treatment to their specific needs. 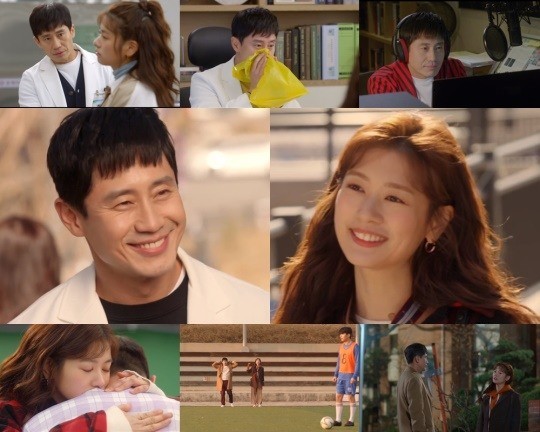 Due to breaking the rules for his patients, such as allowing them to walk outside, for example, Shi Joon remains on thin ice with the hospital. He also admits a young patient to the hospital to the dismay of the patient’s mother, resulting in a police investigation against Eun Kang Medical Center.

His actions continue to remain closely monitored. The Director explains he is on his last warning before being fired. Moreover, he must fire Woo Joo from her job as a stage therapist. The Director heard rumors that they are dating, and she feels Shi Joon’s relationship with Woo Joo is unprofessional.

Though the series devotes time to exploring other themes and sub-plots, it does not stray far from its main focus on mental health. Soul Mechanic highlights the importance of the topic and normalizes struggles people may face. Through the patients at Eun Kang Medical Center, the drama portrays various mental illnesses such as delusion disorders, eating disorders, and post-traumatic stress disorders.

It is also notable to mention that the characters are all complex and nuanced, providing audiences with a very human portrayal of mental health.

Jung So Min plays Woo Joo with immense emotional conviction. Her scenes during her stage therapy and her character’s desire to help others similarly experiencing mental distress are heartwarming to witness. Moreover, Woo Joo’s ambition to overcome her mental health challenges and seek a better quality of life for herself is inspirational to watch.

The drama emphasizes the struggles of its patients. The show also aims to unveil the obstacles healthcare professionals experience in their attempts to help them.

Shi Joon’s struggle to balance the demands of his boss with the true needs of his patients is a constant force driving the plot. Additionally, the show is candid in its representation of how leading such a career may have an impact on the psychiatrist themselves. Shi Joon’s own struggles with mental health are evident.

Ji Young Won (Park Ye Jin) is Shi Joon’s close friend and a psychiatrist at her own clinic. She faces the difficulty of decision-making as a healthcare provider and friend when witnessing Shi Joon’s pressing mental health needs. 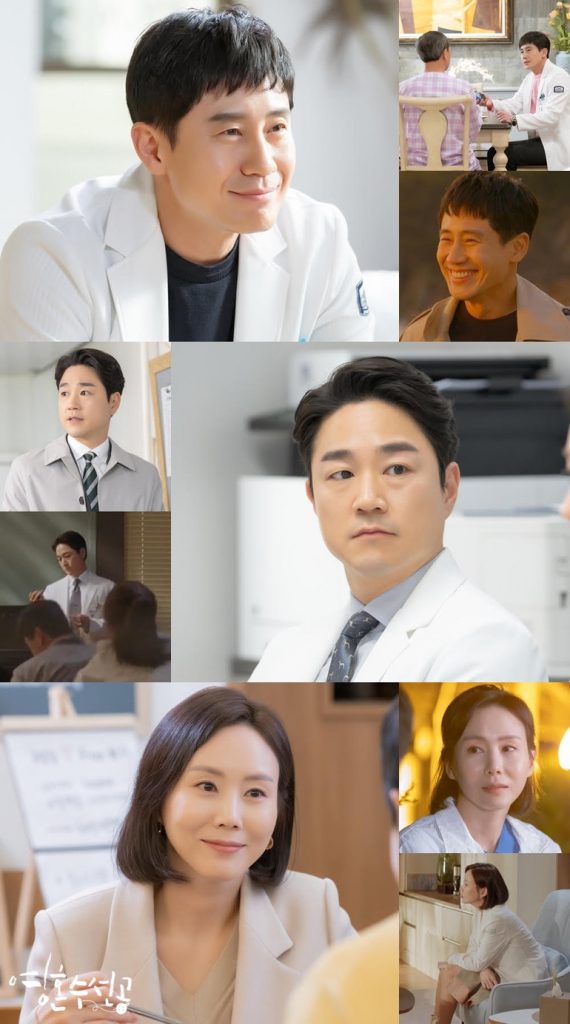 Soul Mechanic also places the topic of family at the forefront of the show. The drama identifies the impacts family can have on one’s personal identity and health.

Viewers find out that Shi Joon’s father struggles with Alzheimer’s disease. Due to this illness, Shi Joon pursued psychiatry in an attempt to help him. His father, however, was a famed surgeon and never approved of his decision to pursue psychiatry. Shi Joon struggles with the feeling that he is insufficient and a disappointment as a result.

Woo Joo has a complex family history, uncovered throughout the first half of the series. She was abandoned by her birth mother at an orphanage when she was six. From six to twelve, she was raised by loving foster parents.

However, after a traumatic event that has yet to be unveiled to the viewers, her foster parents returned her to the system once more. This contributes to her ongoing rage and abandonment issues.

Shi Joon and Woo Joo’s relationship escalates throughout Soul Mechanic. What once began as a fond friendship, progressed into a budding relationship. Both characters have struggles of their own, yet they find solace within one another. Shi Joon and Woo Joo comfort each another in a way that others around them have failed to do.

At this mid-series point, the leading couple have not entered a labelled relationship yet. However, the characters are experiencing the early stages of romantic feelings for one another. Woo Joo is admittedly further in her feelings, claiming their meeting as “fate”. Shi Joon, however, is starting to have feelings for Woo Joo, caring for her more than anyone.

The show indicates trouble on the horizon for their relationship. Shi Joon has a troubled past with a woman who had the same borderline personality disorder Woo Joo exhibits. Additionally, he worries that her feelings for him are just “transference”: when a patient projects internal feelings on their therapist. 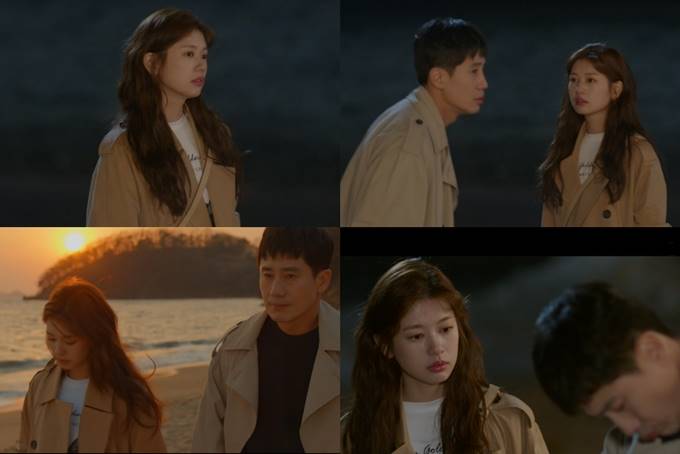 Soul Mechanic so far is an incredible, and underrated, watch. With many other sensational dramas airing at the same time, this may be a series that escapes most viewer’s attention. However, with a stellar cast and a unique plot, it is definitely a drama that should not be missed.

Its most redeeming quality is its refreshing boldness towards tackling the topic of mental health. Furthermore, the drama also highlights various social problems in its patient cases too. This ranges from abuse, body image, to even sexual harassment in an illegal voyeurism case.

Jung So Min and Shin Ha Kyun perform phenomenally. Both deliver the mix of humorous lines and the more sincerely emotional ones perfectly. Viewers can admire the show’s effort to normalize couples with obvious age differences. While their chemistry is enjoyable to watch and the characters are both likeable, there are clear ethical problems.

Woo Joo is Shin Joo’s patient and his pursuit of a relationship is completely unprofessional. Additionally, the show seems to promote Woo Joo’s unhealthy reliance on Shin Joo for her own self-worth. It will be interesting to see how the show progresses with their relationship.

While this show is by no means perfect, Soul Mechanic challenges typical drama plots. Its efforts to raise awareness for mental health are respectable. Moreover, the show boasts a set of diverse and complex characters that viewers can relate to. Its mix of a main plot and sub-plots keep the pacing fast and engaging.

With the uncertainty the main couple currently faces, viewers are eager to see what the latter half of the drama has in store.

Soul Mechanic airs on KBS2 every Wednesday and Thursday at 10:00pm KST.