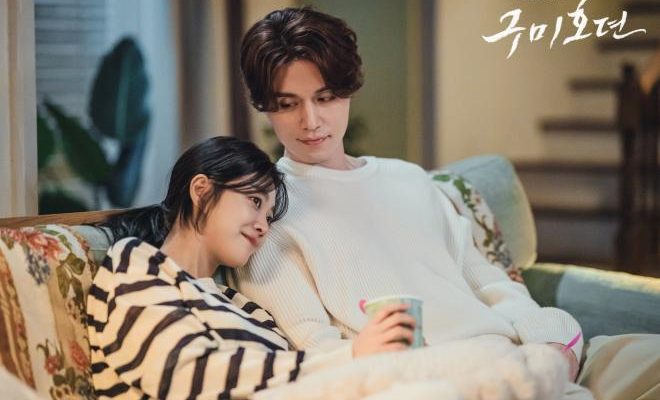 What a packed 12 minutes it was – closing the first half of Tale of the Nine Tailed!

Densely garnished with supernatural seasonings, Tale of the Nine Tailed asserts amplified riveting moments heading to its second half and eventual closure. 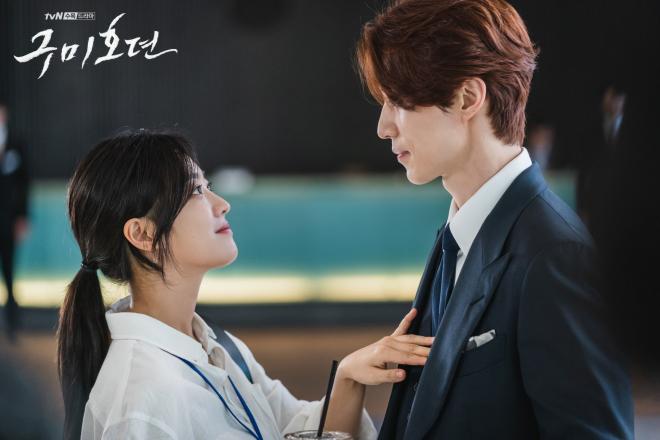 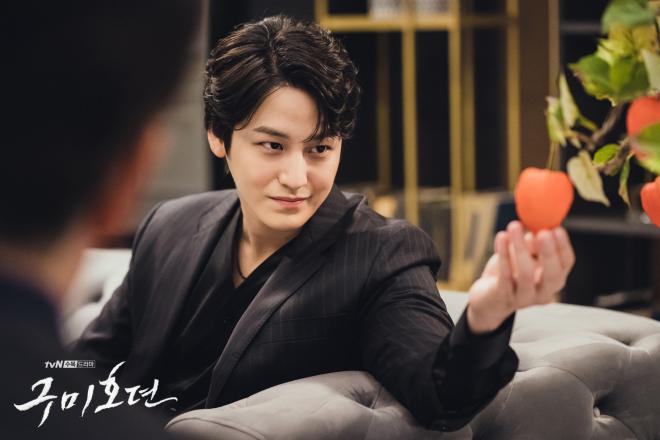 Like a witch who prepared all the ingredients to put inside her cauldron for her addicting potion, the series has laid substantial details to where the narrative heads to. That is after presenting pertinent back stories as well as motivations of the characters.

Completing the picture of enthralling end game is the physical appearance of the villain imoogi, portrayed by Lee Tae Ri.

Holding on to his dream of seeing Ji-ah (Jo Bo Ah) go through the course of her life normally, Lee Yeon (Lee Dong Wook) confronts the reality of her sad fate.

It was revealed that in her past life, she has been offered to the imoogi, and to evade her misfortune, her King father took her stead. Hence, she lives outside the palace.

The resurrected imoogi shares connection to her. Yes, even in their resurrected lives. Why? Let’s wait if it will be explained. Take note that the imoogi was resurrected with the help of Ji-ah’s blood as well.

Adding to Ji-ah’s burden is how she saw her past life being murdered by Lee Yeon. However, the version that she saw through the “tiger’s eyes,” (a magical object that reveal’s a person past) was not the entire picture.

Breaking her heart big time, upon confrontation with Lee Yeon who refused to explain all the details, their budding connection is halted.

At least Tale of the Nine Tailed knows that Lee Rang’s “hyung issues” has reached the right time to be reconciled. It was a heartening moment when he realized the little boy who keeps following him is his dog’s reincarnation.

His baduk game with Lee Yeon also ascertained how his brother cared for him more than he realized. We learned how Lee Yeon rescued him when he was young and helpless, when no one even his mother extended warmth to himself. Branded as a half-blood nine-tailed fox, the mortals are merciless in treating him like a curse.

Coming from the piled up trauma of mistreatment, that moment when he thought Lee Yeon abandoned him, pushed him to an unforgiving state of mind. In reality, his hostility to his brother is incomparable to his fear of knowing that he can’t be there for him. 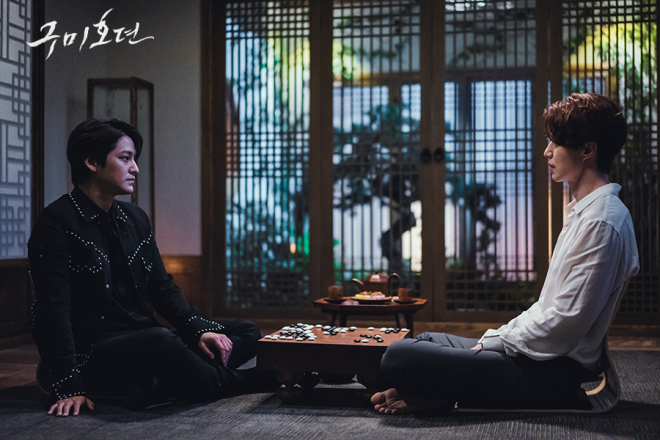 Lee Yeon’s past that keeps haunting him

From the events of Lee Yeon and Ah-eum’s past lives, Tale of the Nine Tailed moves on a note of how it may take the same route at present time. It left Lee Yeon no choice but to let the rift with Ji-ah settle. Their confirmed neither-can-live-while-other-survive fate is definitely a toll they have to deal together.

Unfortunately, the main hero of the story has quite a handful to resolve on his plate. The villain who he thought he vanquished is completely back and his power is no joke. I don’t think the “power of love” trick will help at all.

In fact, the imoogi’s first gift to him is a game that may sound familiar to him. Definitely hard to pull off, he was asked to choose between two doors to either rescue his brother or his favorite woman. The catch? the two are battling their greatest fears.

Over at Lee Rang’s door, he is back at the zombie forest where he met first his brother. Mean time, at Ji-ah’s limbo, she sits in the same car with her parents in the night they disappeared after the accident.

Revealing Lee Yeon’s choice to be not the same he did in the past, preps us to the possibility of the Lee brothers reconciliation. I know we all have been praying for that. Let’s pray a bit more. Prayers can move fictional world mountains. That we can be sure of.

While Tale of the Nine Tailed has leading its quite embellished narrative with details for the viewers not to get lost, any more additional plot twist that does not involve Ji-ah and the imoogi‘s link is not welcome anymore.

At this point of the series, the romance taking the back seat is also felt. Something that is forgivable because the story has been taking an interesting route episode after episode.

What Should We Look Forward To?

Having a long list of questions is expected since we want to know the intricacy of Ji-ah’s connection to the imoogi. Aside from that, giving her the answer to her current dream of knowing what happened to her parents should also be explained.

On Lee Yeon’s end, we have to wait and see whether his wish of becoming a human will be fulfilled. Ultimately, prepare for the showdown of supernatural prowess between the hero and the villain. Oh, and yes, how the romance fulfilment will be expounded is also something to look forward to.

Don’t miss out on the exciting love and bromance adventure in Tale of the Nine Tailed!