Firmly establishing its conflict from the get-go makes the steering of Train‘s narrative efficient.

Following the introduction of the characters in the two connected worlds, Train has been rapidly moving in disclosing details connecting the killings in both worlds.

Anchored by the characters portrayed by Yoon Shi Yoon and Kyung Soo Jin, the series has been providing scenarios inviting viewers to decrypt the baffling convergence of the two worlds, experienced by Seo Do Won.

At the same time, unearthing the link to the mysterious killings by utilizing the two Do Wons’ knowledge from their respective worlds.

12 years ago, the two Seo Do Won’s made two different choices which changed their lives forever. One lent his umbrella to then young Han Seo Kyung which made him too late to save his own father from dying.

The other proceeds to go to the house where his father left his phone. Witnessing the murder of Seo Kyung’s father, he runs away. Almost hit by a car, young Do Won saved him.

Back to the present time, Do Won confronts Inspector Seo’s father who is alive in the world he crossed. They exchange emotional words as Do Won finally has the chance to say what he couldn’t in his world.

In the morning, his father is no longer in the house and just left after washing his sneakers.

Do Won talks to Chief Oh about his father’s case and she replies the same. She tells him to present concrete evidence.

Investigating about the train, Do Won learns that his doppelganger is also on the same train when he boarded it.

Turns out that Senior Inspector Seo crossed a different world too and wakes up to Lieutenant Seo’s world. Lee Jung Min tries to accommodate him, and is worried as he seemed to have lost memories.

Do Won answers the ringing phone inside the train and hears the.voice of the true killer. He warns him to stay away less he loses someone precious again.

He also lets him know how he is trapped in that world so he’s curious as to how he can prove he’s the murderer. He reminds him that he is at a disadvantage given how the train is damaged and the passageway has been closed. 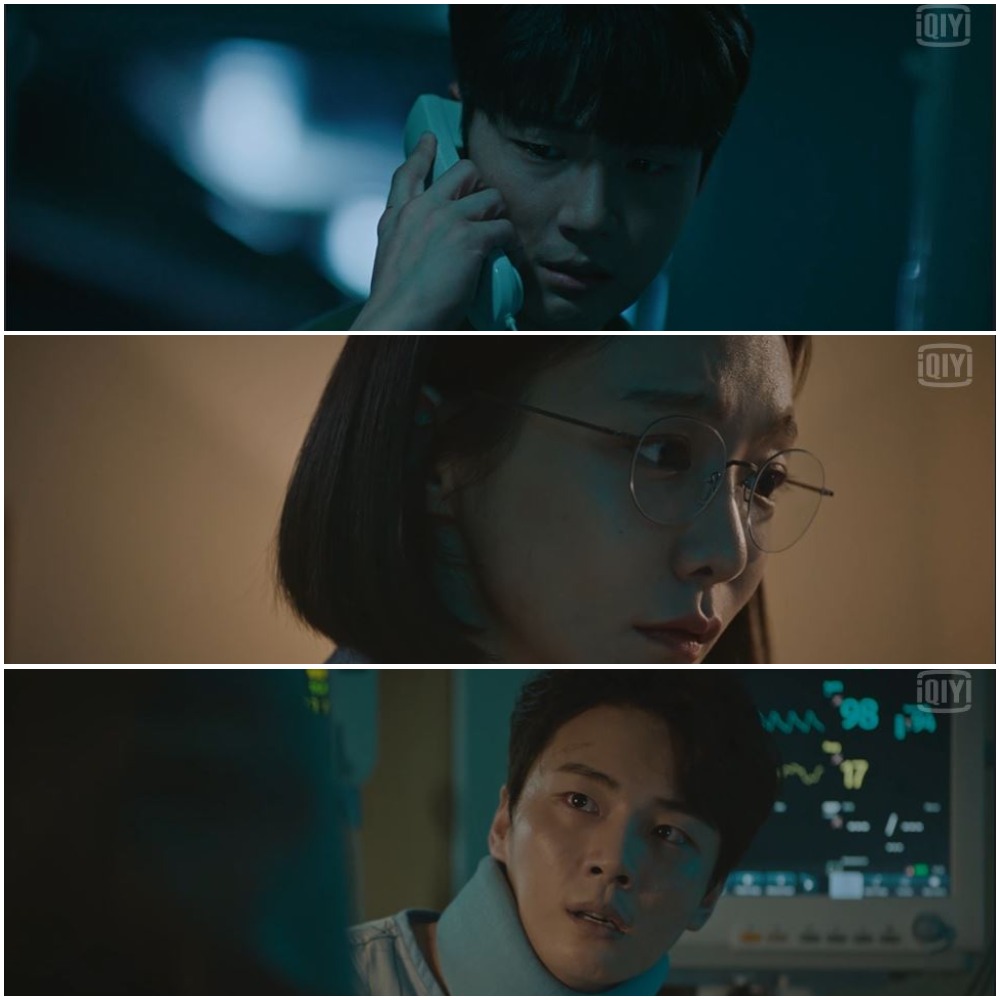 Inspector Han gets transferred to Do Won’s department and pries on his case notes copying it by taking pictures.

Their team go to investigate a missing person report which Do Won recognizes as the sixth victim.

While chasing the culprit, Inspector Han got wounded and burned his house to destroy the evidence. The team chase after the killer who pounces on Do Won. When their eyes meet, Do Won recognizes his junior’s face Jin Woo.

Meanwhile, Senior Inspector Seo realizes how his father was dead in the world he woke up. Figuring out his perplexing situation, he gets a visit from Jung Min.

While he preps to leave his confinement, another person visits and his reflexes pin the intruder to a wall almost choking him to death. Unable to recognize Jin Woo, Inspector Seo later learns that he is his junior in that world. Different from his relationship in his real world where he even put him behind the bars. 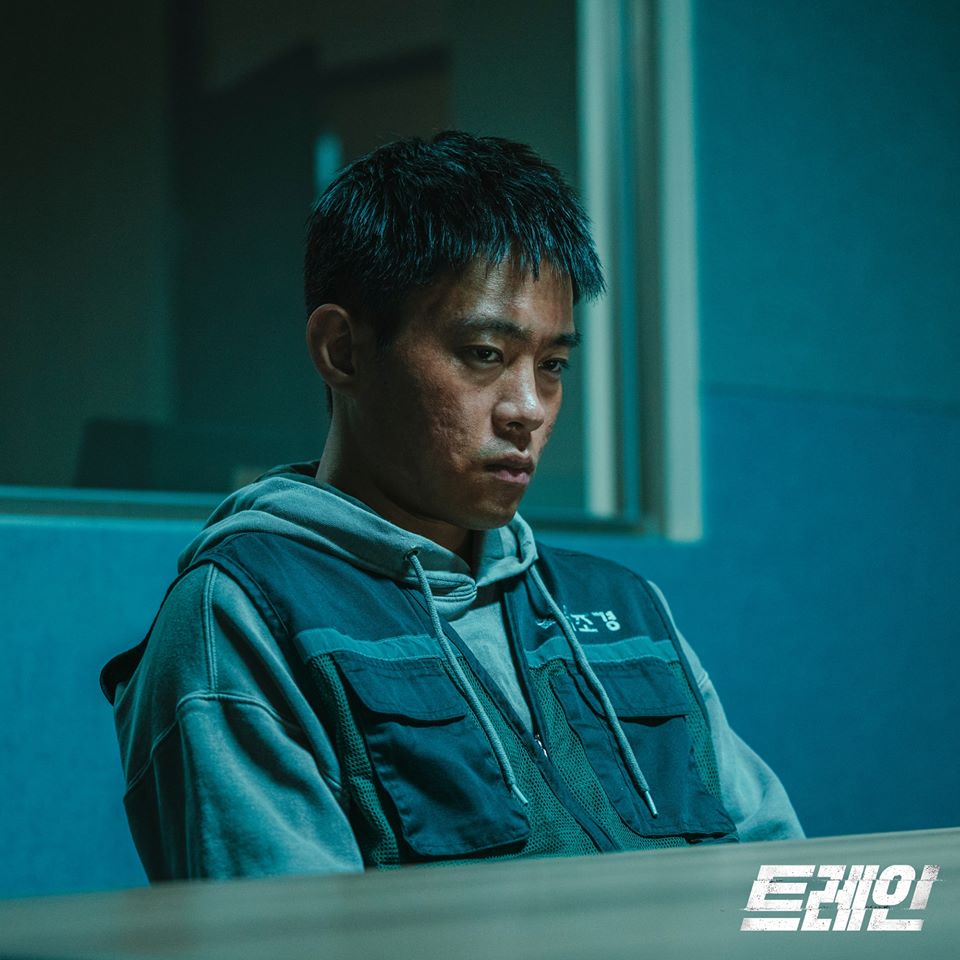 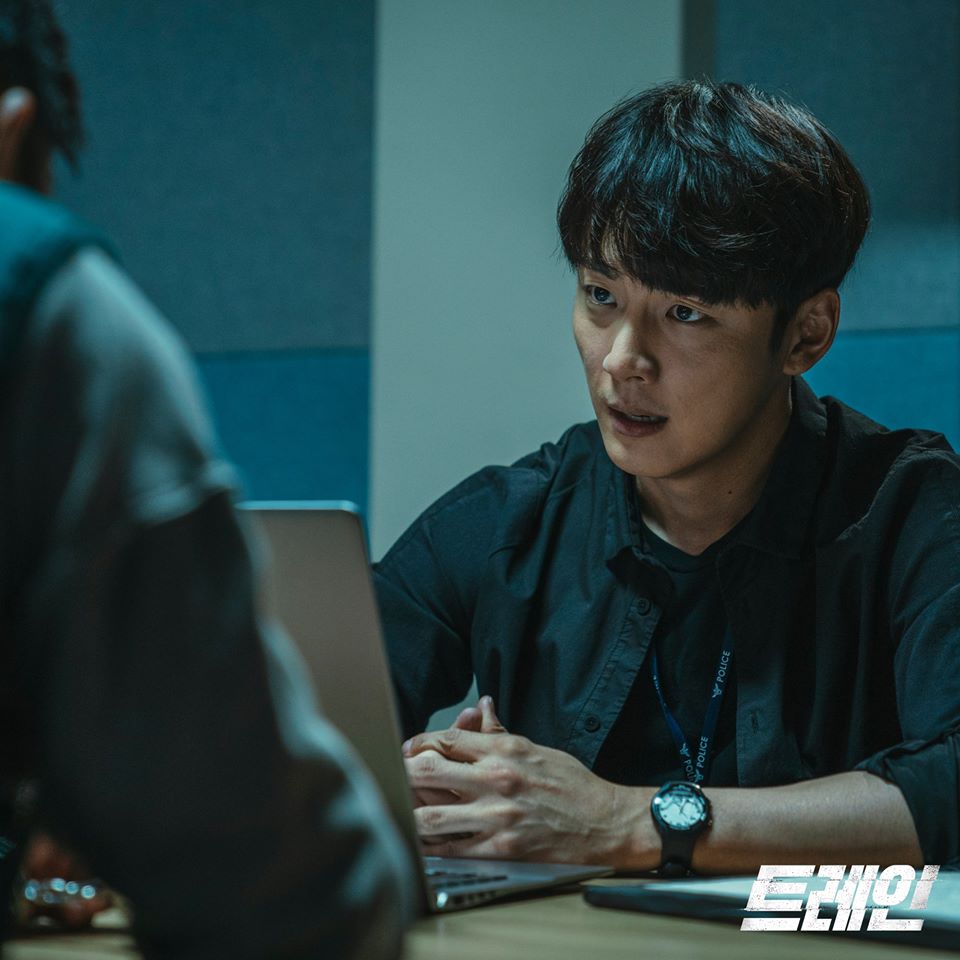 Frustrated Jung Min lectures Inspector Seo for almost killing his junior. Surprised that the criminal in his world is a cop in the world he’s in, Jung Min still thinks that his memories are lost.

Do Won also gets the same shock realizing his favorite junior is a killer in that world. Apprehending suspect Kim Jin Woo, Do Won figures he is not the killer since he was just released from prison six months ago.

Based on the initial investigation in his world, the killings began a year ago. But his team is leery of his actions since he was the one who put Jin Woo in jail.

While working on the case, Jin Woo escapes the prison. Meanwhile, Do Won and Inspector Han finds the sixth victim’s phone and the result of DNA test that does not implicate Jin Woo.

Finally figuring out Jin Woo’s target, Do Won and his team move to catch him. In the cusp of killing his target, Do Won arrives and tries to talk him out of it. But the raging Jin Woo does not want to listen to him. Shifting his attention in killing Do Won first, the two brawl with equal strength.

Do Won’s reinforcement came to cuff Jin Woo. Seo Kyung goes to the unmoving person in the room and finds her lifeless. She also appears to be her stepmother who has physically abused her.

The first frames of Train’s episode 5 particularly sums up the idea of the series. Approaching its second half, its swift-moving chronicle now readies to unfurl the cryptic mastermind of the crimes.

If the killer shares the same fate in both worlds and have met unfortunately to back up each other, I would lose my mind. *chuckles
If it gets more intricate like one of them killed the other, that would be more interesting.

I also like idea of how the two Do Wons are getting glimpses of what their lives have turned out because of different choices they made the night Seo Kyung’s father died.

Additionally, we see nice-Do-Won trying to make a difference to the world presented on him. While jaded-Do-Won is yet to make a move, and yet to display his motivations.

Knowing the harrowing growing up years of Detective Han, without Do Won protecting her is saddening. That no matter how cold she is to him, we understand why he wants to care for her even if she’s not his very own Seo Kyung.

Another pressing concern is how the “ghost train”, the door connecting the two worlds, has been revealed to be not going to run anymore. So, I am curious how all the questions will be answered in the next three weeks.

If you have not boarded OCN’s Train yet, then consider it highly especially if you like thrilling spectacles.

Train airs every Saturday and Sunday on OCN. 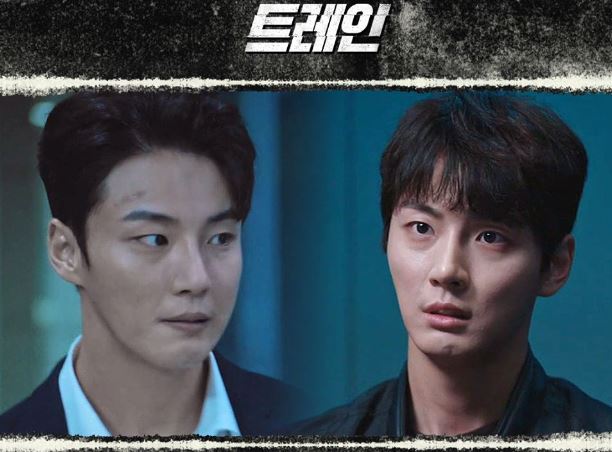