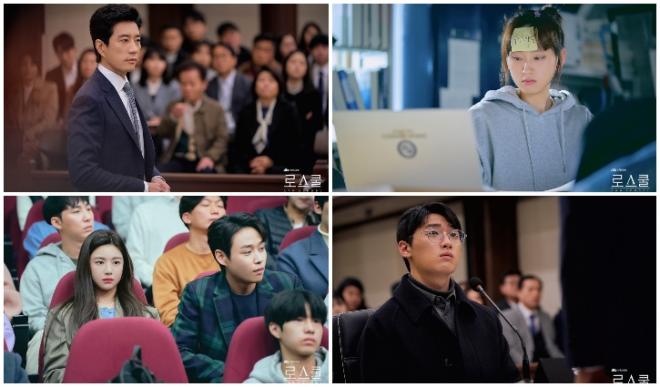 Cleverly written, Law School made sure its watchpoint is clear and felt!

Parading an intoxicating bundle of surprises each week, Law School is quite an engrossing treat, even if the whole premise is chatty. Unlike the previous legal dramas we’ve seen before, tackling one murder case appears favorable to the narrative. Additionally, the unique setup of unraveling the culprit behind a cryptic murder case is truly awe-inspiring. 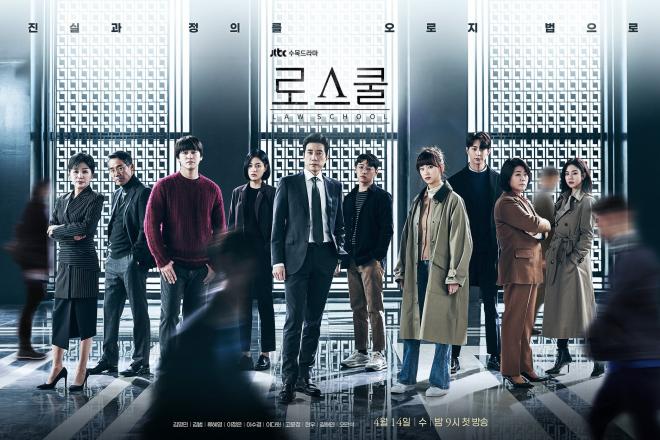 Resuming from a mock trial, the law school students of a prestigious university get entangled in a curious death case involving the country’s former Chief Prosecutor who spearheaded the mock trial class. Prosecutor Seo Byung-joo (Ahn Nae Sang) has connections to the professors and it’s not at all sweet. He even made them quit their prosecutor and judicial careers.

However, out of his generous donation to Hanguk University, he gets the opportunity to also settle as an educator at the university’s law school. When he was found dead, the notorious but capable criminal law professor Yang Jong Hoon (Kim Myung Min) was captured by the police after pieces of evidence point to him as the probable culprit.

Pleading the fifth, the police was forced to unearth information out of Jong-hoon’s mobile phone. Thereby leading to a discovery of how Prosecutor Seo has cut a deal with a notorious child offender, Lee Man Ho. The latter witnessed him hitting and running off a victim. It is also the same and sole cold case in Jong-hoon’s career.

Convening to investigate, a crucial piece of evidence was found by Jong-hoon pointing to Han Joon-hwi (Kim Bum) being the possible culprit. 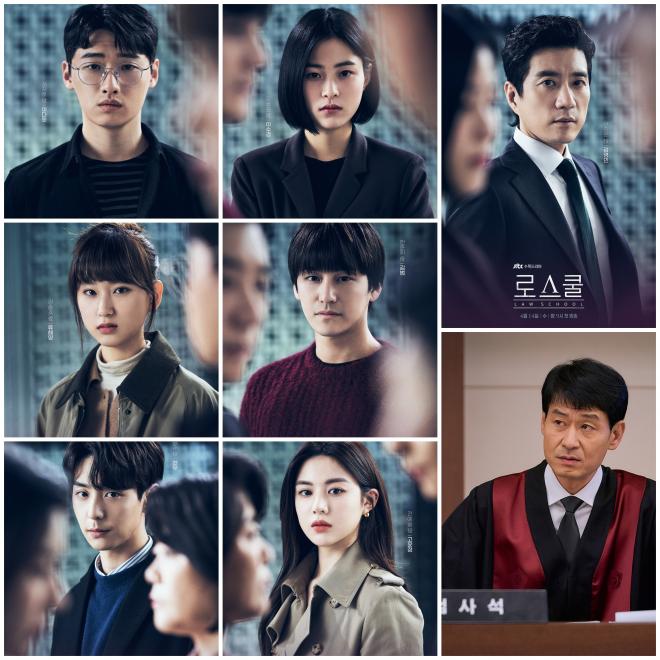 What Has Transpired In Law School Since Its Premiere

Pitching an interesting hook as soon as it started, Law School convincingly drew attention with its interesting question!

Who killed former Chief Prosecutor Seo? Inevitably locking attention, its nationwide viewership ratings of 5.1% and 4.1% complement its gravitating effect. It also made the viewers settle to a thinking mood with how it intriguingly presented the character connections.

Both Professor Yang and Joon-hwi who were initially marked as joint offenders drew a reversal to what the prosecution strongly suggested.  Thereafter, Professor Yang began the proper trial of his case. But people who appeared to have motivations to kill Prosecutor Seo arose.

In the 3rd trial, Prosecutor Jin conspired with the evil son of Assemblyman Go, who like his father, holds a strong grudge toward Professor Yang. Forcing his girlfriend Ye-seul to bear false testimony of witnessing her professor’s crime, she was unable to sustain it and confessed to her predicament.

At night, she meets Young-chang within the campus. Threatening her of the aftermath of their sex video scandal, they engage in a cellphone tug-of-war, inadvertently pushing him. He fell unconscious as his head hit a blunt object. 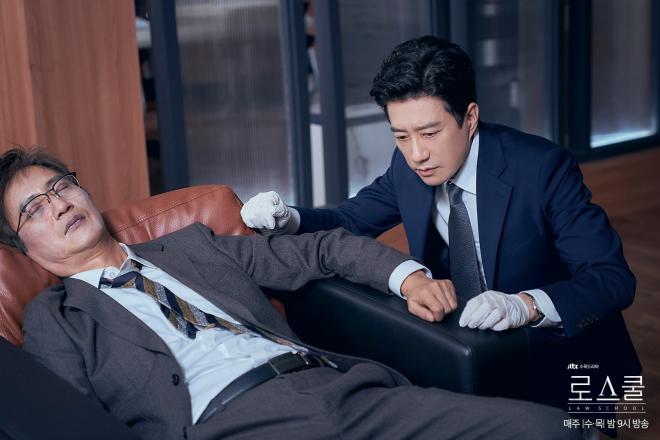 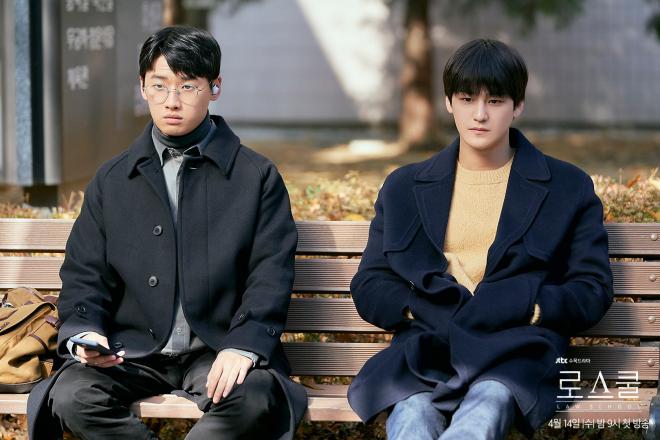 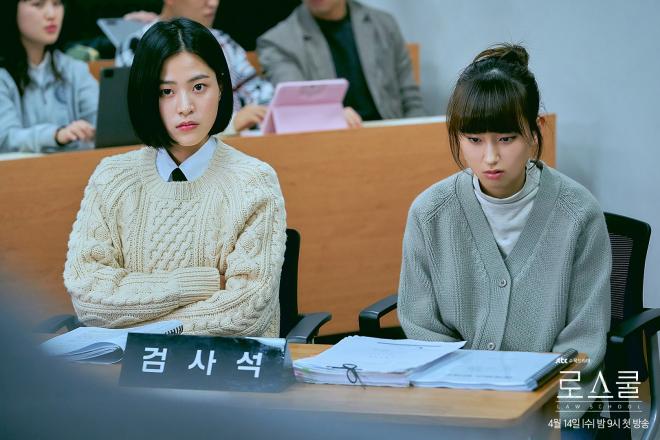 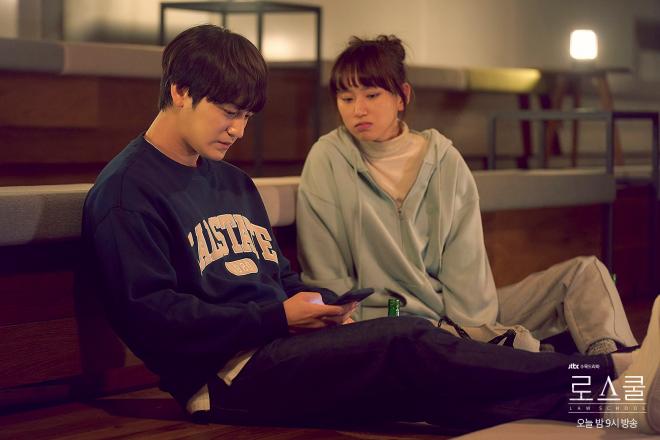 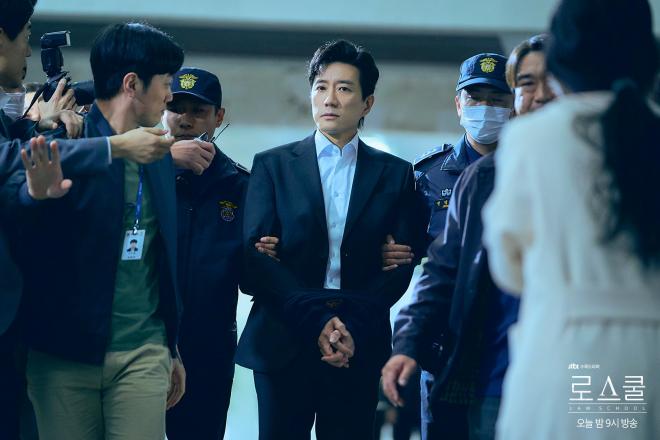 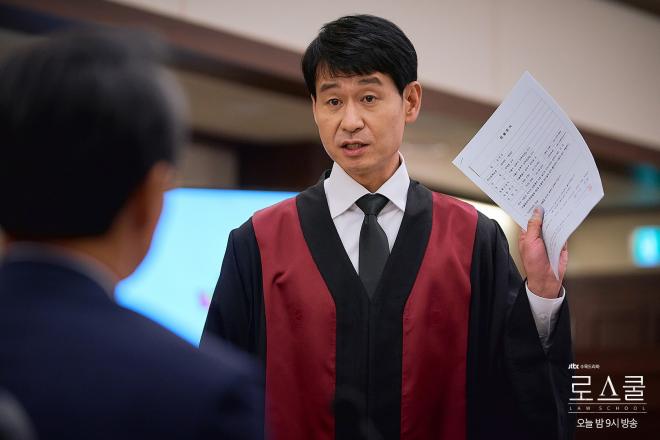 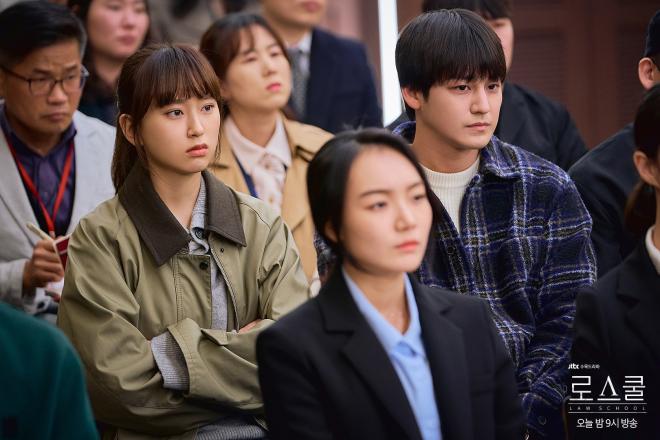 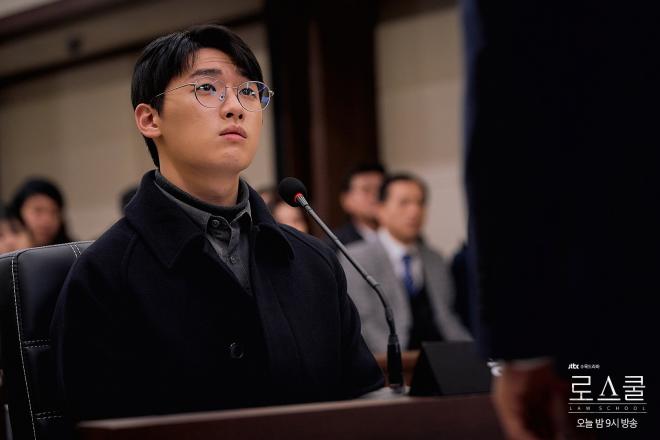 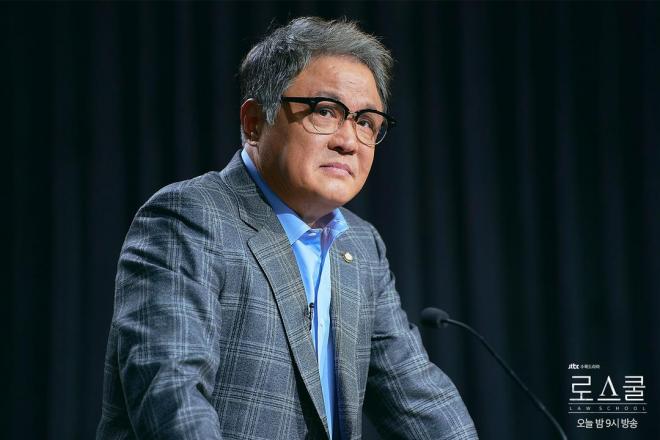 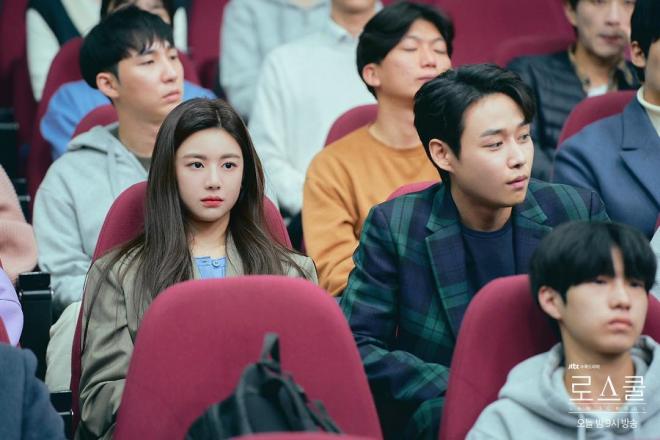 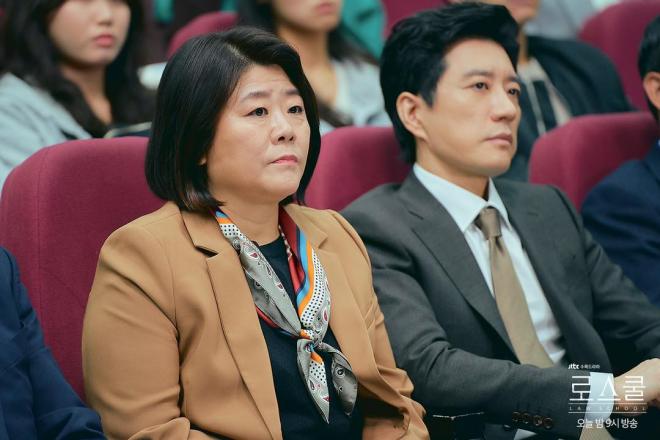 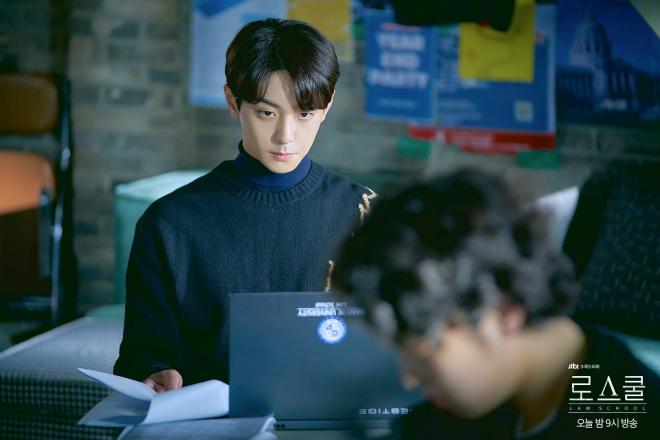 I’m impressed with how the writing of Law School is designed to highlight its relatively big cast. Flowing to a simple legal crime story, the plot twists are interestingly giving off makjang-vibe level, but in a polished and sensible way.

Our goal since day 1 is to determine Prosecutor Seo’s murderer. Halfway through the series, we have been meticulously ruling out possibilities based on the teachers and students that could really be involved. Thanks to its efficient cast, the uncomplicated plot continuously intrigues reeling us to look forward to its direction each week.

Instead of presenting various cases in an episodal setting, Law School valiantly established one conflict to rule it all. But it still sparingly touches on various law-related issues that the public can learn from. Inserting the legal clinic would also provide variety in the story because at some point the 16-episode trial of Professor Yang would exhaust us as viewers. 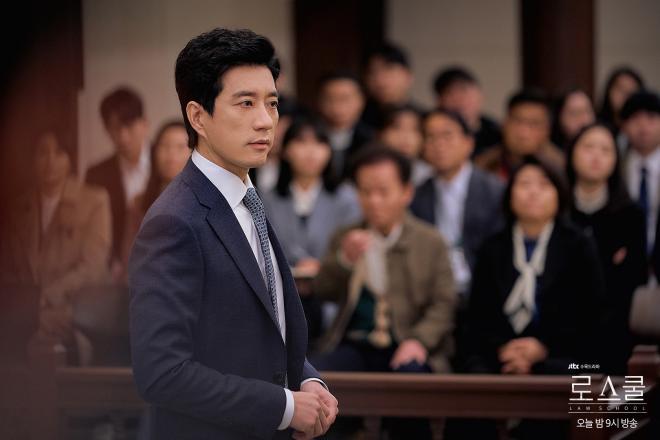 What To Expect In The 2nd Half of The Series?

Seung-jae’s story is about to be unraveled in the second stretch of the series. Bok-ki and Ye-beom might add a surprise development in the drama as well. Obviously, that would be crucial moments to the story. Along with that, Jong-hoon’s quest to bring out to the world Assemblyman Go’s quenchless greed and evil is expected.

The diligent law school students would also come to terms with their personal goals like Ji-ho’s plan to indict Prosecutor Jin. It cannot be avoided as well that Kang Dan will emerge in the story and Lee Man Ho, as dangerous as he may seem, will still provide the needed evil spice or a redeeming moment in the narrative.

Don’t miss out on the enthralling episodes of Law School on Netflix! 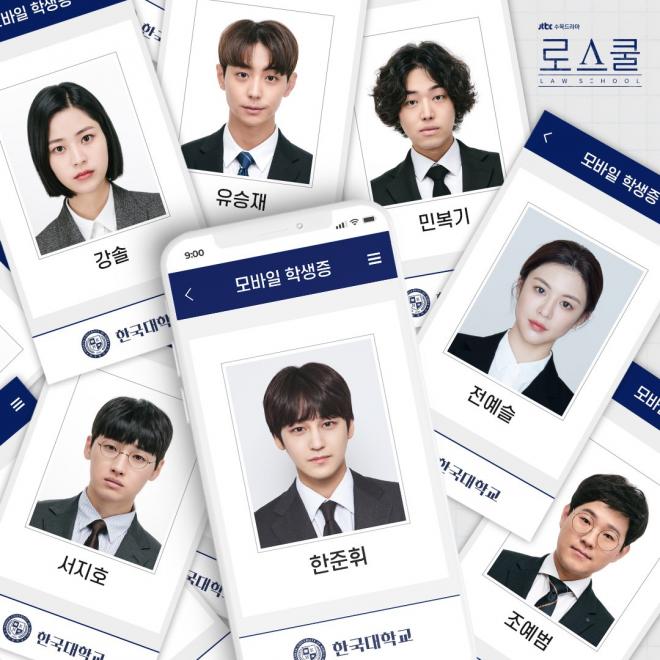 280
SHARES
FacebookTwitter
SubscribeGoogleWhatsappPinterestDiggRedditStumbleuponVkWeiboPocketTumblrMailMeneameOdnoklassniki
Related ItemsKim BumKim Myung MinLaw School. Law School NetflixRyu Hye Young
← Previous Story 5 Reasons Why We Can’t Wait To Watch “Hospital Playlist 2” On Netflix
Next Story → The Cast & Director of “Move To Heaven” Share Their Moving Take On The Drama At The Press Launch Ahead Of Its Premiere