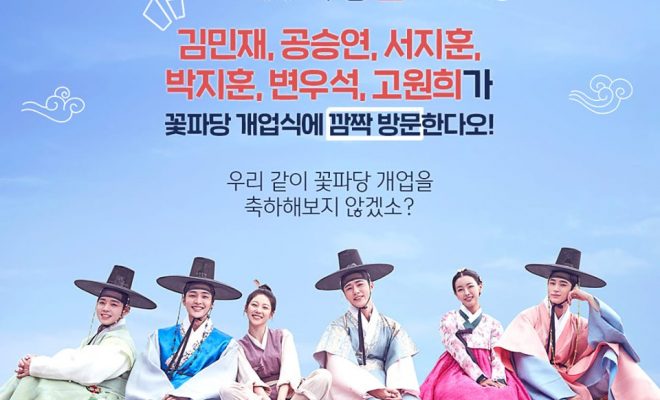 With matchmaking as the setting, the drama Flower Crew: Joseon Marriage Agency has a variety of elements in the story. The drama also showcases the societal issues faced in marriages which can be relatable in the modern timeline as well. 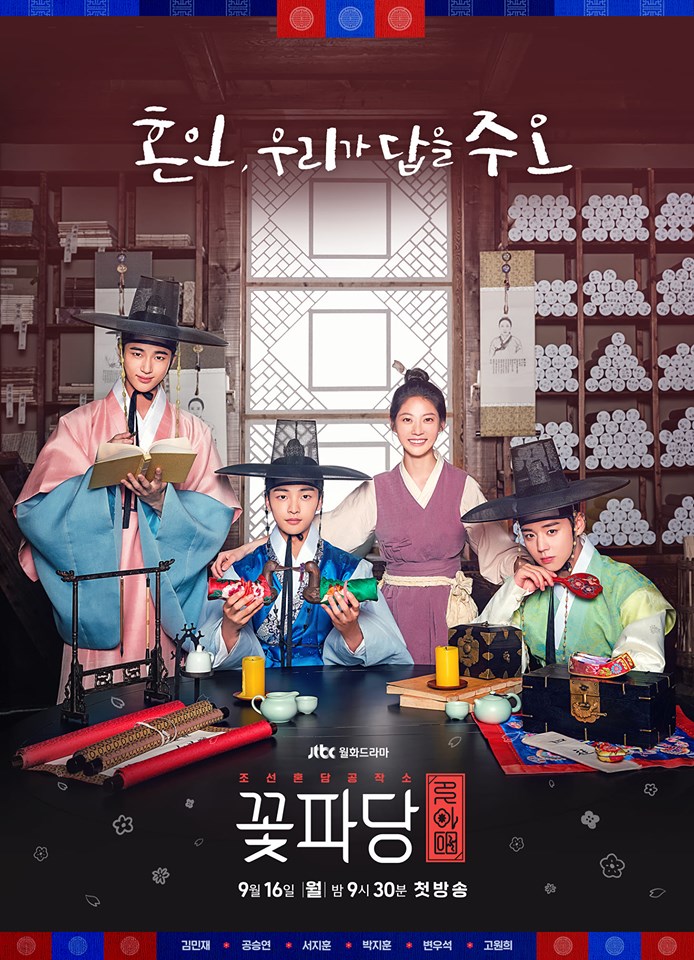 Focusing on the lives of Flower Crew, the series narrates the story of Joseon young men helping people find suitable matches for marriage.

The Flower Crew members consist of Ma Hoon- the smart one, Go Young Soo – the cute one, and Do Joon – the one who lives at the moment. They are extremely successful at their jobs, but an unfortunate incident changes their situation. 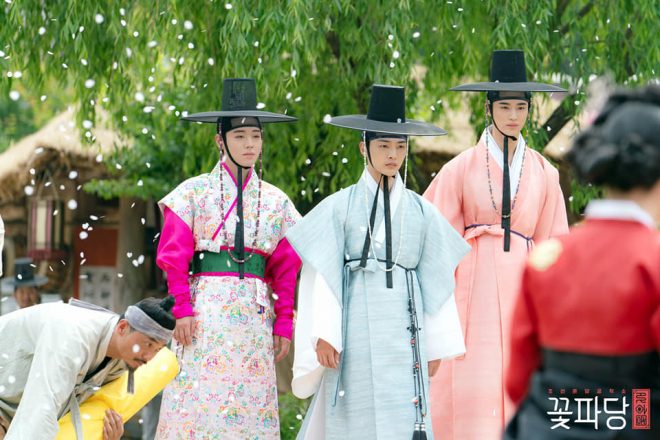 The Flower Crew were assigned by Lee Soo to organize his marriage with Gae Ddong. But, on the fated day of the marriage, the royal soldiers take away Lee Soo to the palace. Hidden from everyone’s knowledge, Lee Soo is actually the son of the late King. Lee Soo has to suddenly take up the role of the new King and has no means whatsoever to get in touch with Gae Ddong. 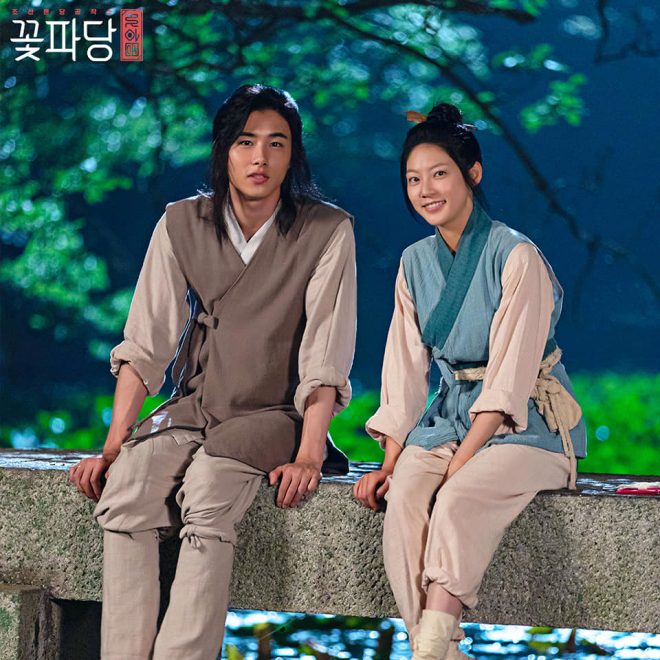 With Lee Soo’s disappearance Gae Ddong is stood up on her wedding day and the Flower Crew’s reputation also got tarnished. Ma Hoon takes pity on Gae Ddong and offers her a place to stay as well as a job at the agency. Feelings start blossoming between the two and a love triangle is set to take place.

Expectations from the second half of the series

Flower Crew: Joseon Marriage Agency has a decent plot with a good mix of romance and comedy. However, it is too stretched and not strong enough to keep the audience completely engaged. The ongoing battle of schemes by the opposing political factions has a lot to offer to the story.

Kim Min Jae’s character Ma Hoon is interesting as he is portrayed as a person with high-level intellectual skills who is rebelling against his father, the Minister. He has already discovered some of the key clues that points to his father regarding the Crowned Prince’s murder. His next move against his father can be anticipated. 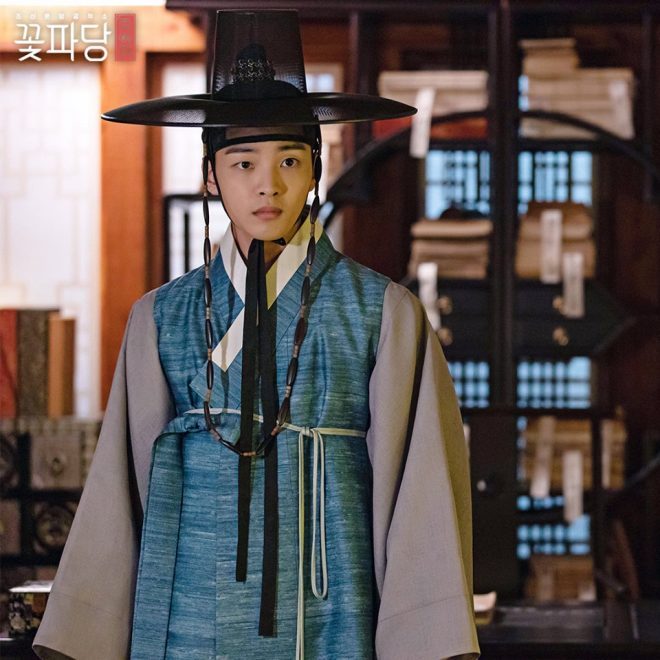 As for Gae Ddong, she is set for accomplishing a lot of things in the upcoming episodes. The preview clips show that she is training under the Flower Crew to become as elegant as any noble lady and get united with her older brother. 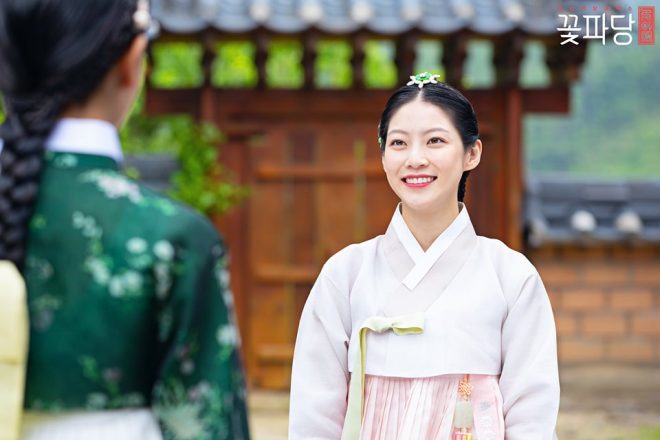 There has been a lot going on at the royal palace and plot-wise Lee Soo’s story line is more interesting than that of the main lead’s. From adjusting to the palace life to outwitting the schemes of the political factions, Lee Soo had to go through a lot since the onset of the story. Going forward, he’s going to face much bigger hurdles. 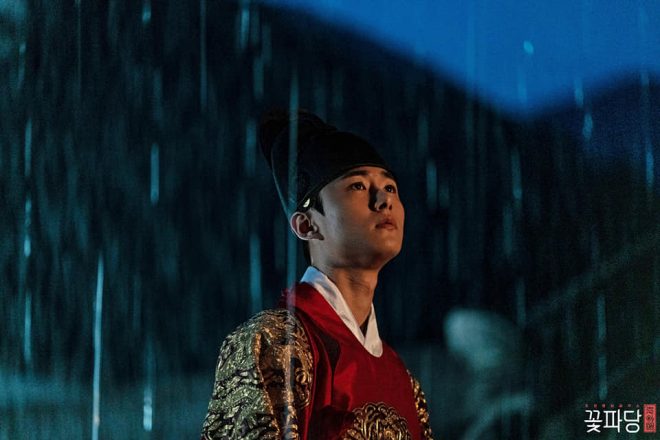 As for the romance, both Ma Hoon and Gae Ddong are developing feelings for each other and the only hurdle that comes in their way is Lee Soo. The direction at which the romance is headed to is pretty obvious. The situation seems very pitiful from the second male lead’s perspective. Lee Soo still loves Gae Ddong unconditionally and is willing to do anything so that he can have her beside him. But this is going to end in a heart break for him.