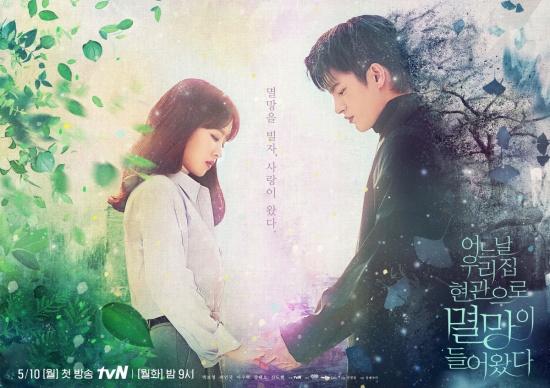 K-Drama Premiere: “Doom At Your Service” Dawns A Riveting Story Tinged With Elements Of Fate & Fantasy

With a hundred days left to live, a woman gets to claim one special wish in tvN’s newest fantasy romance drama, Doom At Your Service!

abbyinhallyuland watches Doom At Your Service on Viu

Episode Recaps to be published weekly on kdramadiary 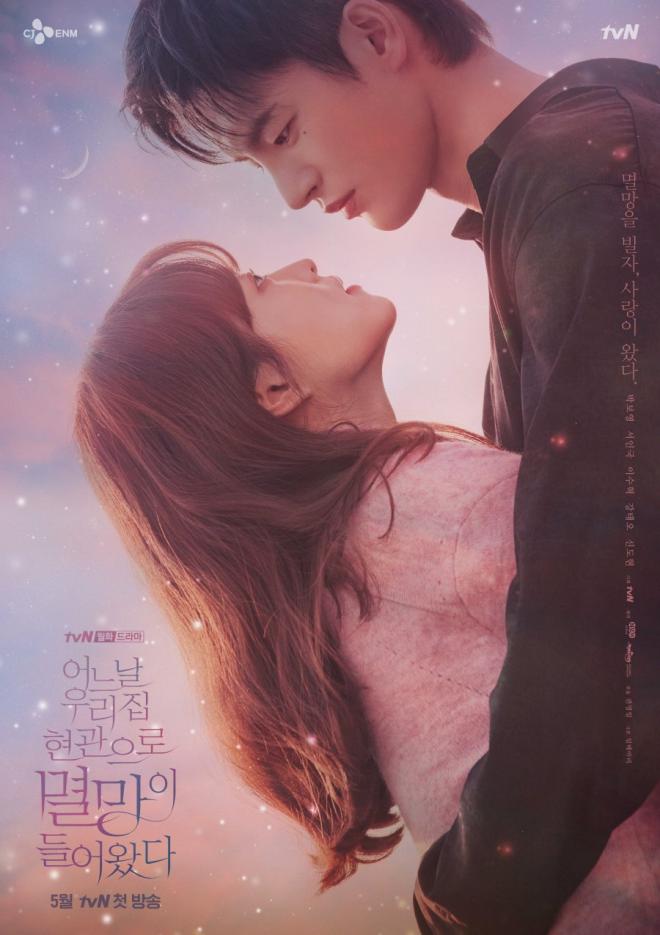 Receiving unexpected news that she is dying, Tak Dong-kyung (Park Bo Young) goes for another surprising truth about her boyfriend. Apparently, her boyfriend is married and his pregnant wife lashes out at her at the cafe. Resigned to blame Dong-kyung, the latter assessed defending herself is futile.

After making her final wish for them to be happy together, she walks away. But when the woman painfully screams, she is left with no choice but to bring her to the hospital. To quell the woman’s rage, Dong-kyung reveals she’s terminally ill and sincerely tells her that she meant it when she hopes for the best to happen in her family. 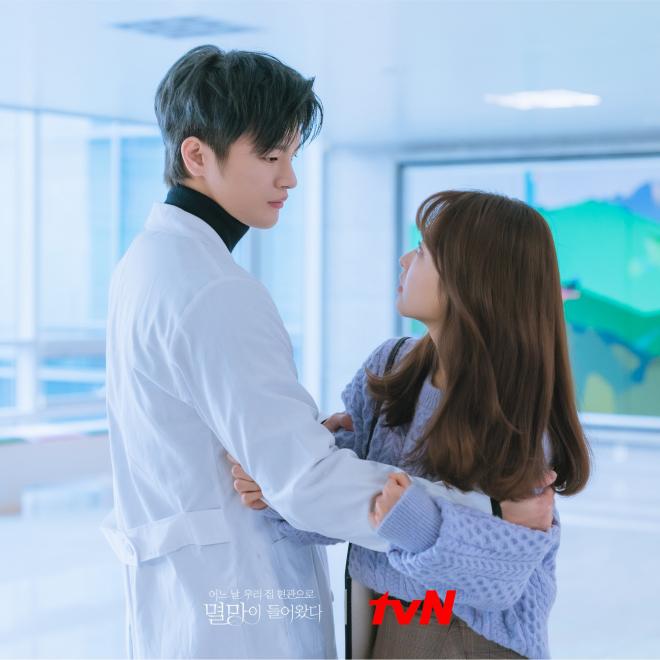 “Go and become someone’s wish, today is the only day that’s possible.”

Bumping on Dong-kyung after her consultation, Myul-mang (Seo In Guk) casually strides at the hospital’s ER. On cue, trauma patients come rushing in because of a man who wounded people on a rampage. He puts the hospital staff in a trance and heals the fatal wound of the culprit. Myul-mang is the deity serving a human’s death, and those who override his plan have to face his wrath.

He makes a quick stop to meet another deity who nurtures human life and listens to her boast of his role in her garden of life. When he complains of her being rude to a birthday celebrant, she makes him go away to grant a special wish to a human who needs it.

“What a huge interest to pay for a three-month fling.”

At work, Dong-kyung’s bad day continues with her boss humiliating her. When her boss recognizes a viral video of a wife and a mistress, she hits her saturation point and declares taking the day off. But her series of unfortunate events continues. While browsing on the hate comments she got online, she was tipped about how a man is taking a picture of her. Chasing after the man, she halts when he suddenly fell on a sinkhole that emerges out of nowhere.

Back at her place, she surmises on her extremely bad day but picks her mood up to eat dinner and pay respect to her parents’ death anniversary. When both her parents died, she realized early to toughen up her heart because of a younger brother who will rely on her. 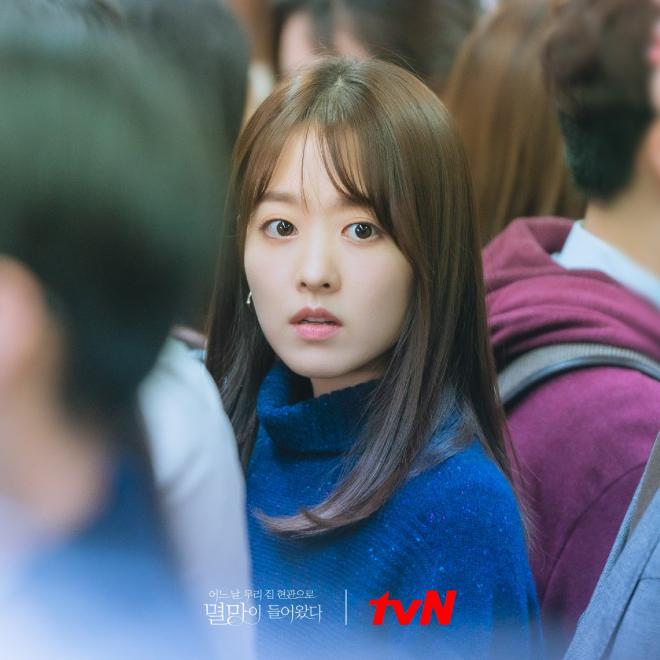 “You just need to tell me your wish.”

Armed with a makgeolli bottle, Dong-kyung steps out of her place and screams her heart out with a wish to bring doom to the world. Myul-mang who is also sipping some alcohol heard her pleas and visits her place in the wee hours of the night.

Baffled to see the handsome man she met in the hospital at her doorstep, she was even more bewildered when he said that she summoned him to be there.

Inviting himself inside her house, Myul-mang sits casually and tells her to spill her earlier wish out loud. Dong-kyung marches to go out but gets even more perplexed when the stranger knows that she’s dying and even announced the exact date to be exactly a hundred days.

She thinks her illness is causing hallucination so Myul-mang gives her a leeway to think before his birthday is over.

“Choose. Will you die here and now? Or will you take my hand?”

Not long after, Dong-kyung dozes off and meets him in her dream. Saved by her phone alarm, she regains consciousness, but Myul-mang continuously hounds her as she proceeds to her daily routine.

While crossing the street, her head suddenly aches and she drops on the ground with a raging truck about to hit her. Myung-mal intervenes freezing the scene. Offering his hand to not die at that moment, she reaches for it and he holds her hand firmly as they safely passed the crosswalk

Parading his supernatural abilities to make Dong-kyung believe he is a deity who can make anything die, his quick fooling around gets interrupted when Myul-mang senses a man about to commit suicide.

Just as he was about to go to his business, Dong-kyung refuses to let go of his hand so he marked her with a red bracelet to protect her from pain. He tells her to charge it once a day by holding his hand and think of her wish. 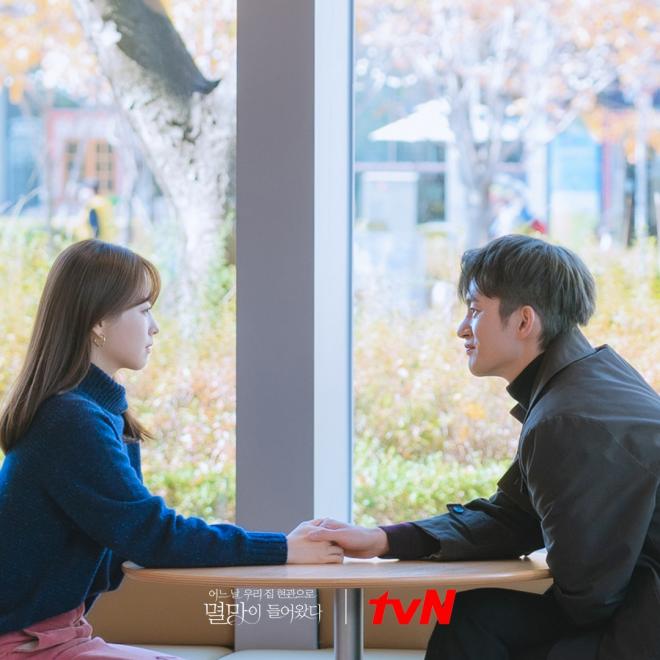 “I’m tired. Does everyone live like this being harassed by life and death?”

Appearing just as she needed him to be, Myul-mang walks Dong-kyung home after getting herself a portrait. He even thwarts Dong-kyung’s pesky married ex-boyfriend (cameo by Kim Ji Seok) waiting near her place.

Just as Myul-mang moves to walk away, Dong-kyung blurts her wish of wanting Myul-mang to live together with her. 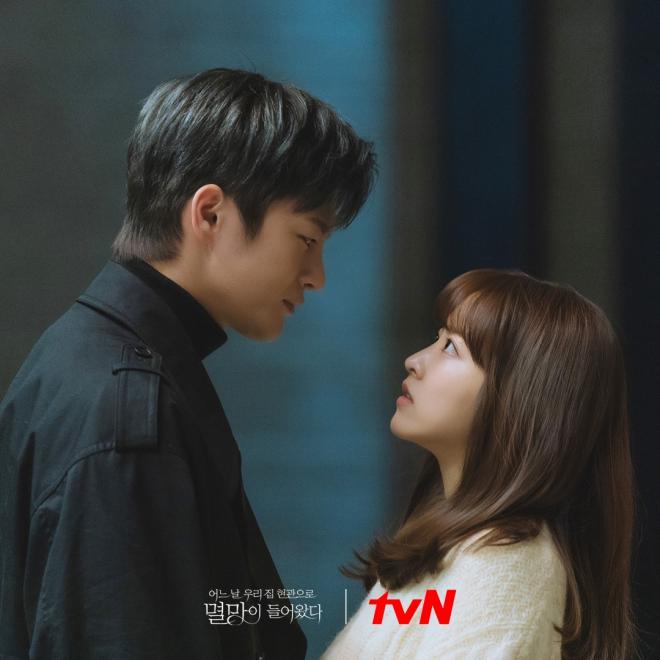 I’m already worried about Dong-kyung and Myul-mang’s love story and we’re just in the beginning stage. *chuckles I think I can now see Seo In Guk’s remark about the beautiful editing done by Director Kwon in the press conference previously. Flaunting visually appetizing cinematography, it felt like there’s a special backlight enhancing the beauty of each scene.

Gravitating to the story of Doom At Your Service is expected. It has decked quite a convincing pitch, especially for romance story lovers. The story of a woman who gets disheartening news that she is terminally ill meets a person who wants to grant her drunken wish of causing doom to the world is right away appealing.

Undoubtedly casting a hook as to how fate would intertwine their lives, the series hints about future pep talks on the meaning of love and life. While one wants to live, the other can’t find the purpose of his existence. 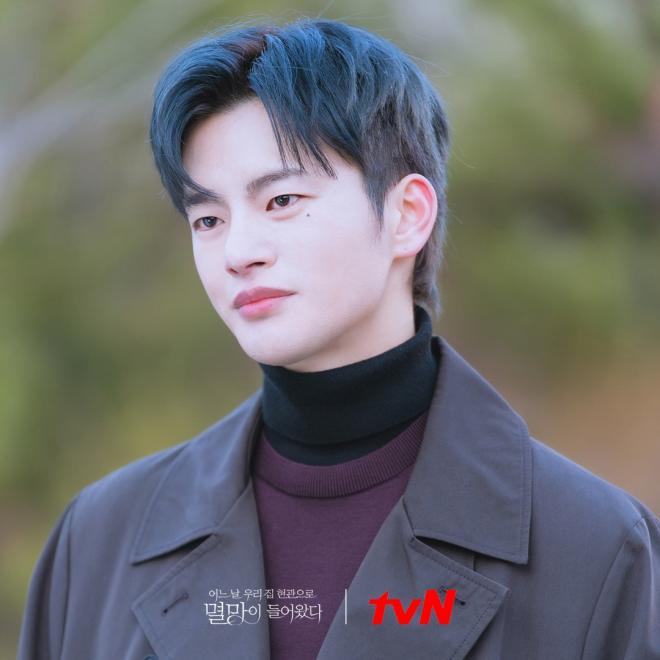 Doom At Your Service‘s love pairing is much anticipated and for a good reason. Seo In Guk and Park Bo Young would incite K-Drama fans on hiatus with their palpable on-screen synergy. Despite focusing on the main leads’ eventual tangled destiny, the series has made sure to introduce its supporting cast and left a wide room to expand the character connections.

From a fangirl viewpoint, I would probably wish for the same if Seo In Guk will grant me one wish. *wink The surprise cohabitation element adds another reason why tvN’s newest offering should be included in your watchlist.

Will Do-kyung’s wish fill her remaining 100 days with eventful memories? Will it thaw the routine life Myul-mang is tired of? Will romance become the miracle that will give a leash to Do-kyung’s fading existence?

Catch up on the latest episodes of Doom At Your Service on tvN every Monday and Tuesday. International fans can watch it on Viu.

103
SHARES
FacebookTwitter
SubscribeGoogleWhatsappPinterestDiggRedditStumbleuponVkWeiboPocketTumblrMailMeneameOdnoklassniki
Related Itemsdoom at your serviceDoom At Your Service Ep 1Doom At Your Service Episode 2Park Bo YoungSeo In Guk
← Previous Story The Cast & Director of “Move To Heaven” Share Their Moving Take On The Drama At The Press Launch Ahead Of Its Premiere
Next Story → #6YearsWithMONSTAX: MONSTA X Greets MONBEBE With A 6th Anniversary Celebration Through VLive