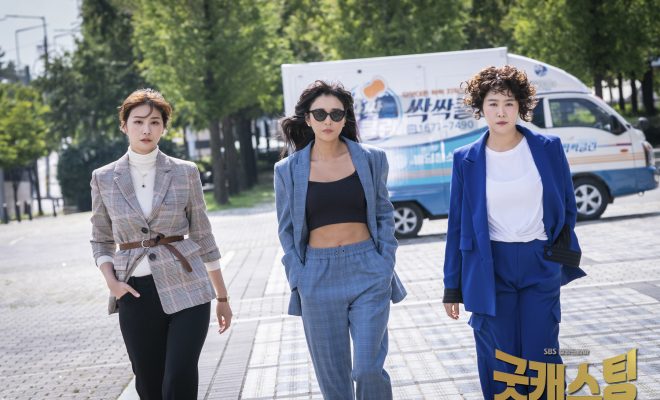 Recruited for an arduous task of catching an elusive felon, three women are forced to succeed their mission in Good Casting. 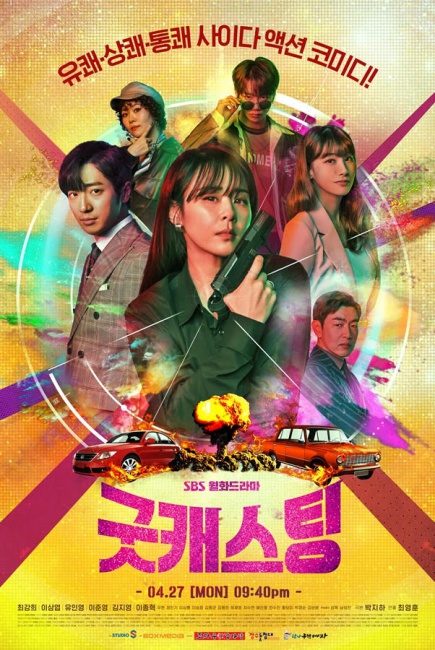 Scoring impressively on its first four episodes, Good Casting tallied nationwide viewership ratings of 9.7, 12.3, 9.8 and 10.8 respectively. The latest SBS espionage series paraded an overview of action, humor, drama and romance. A concoction that guarantees to deluge viewers with an amazing drama treat ahead. 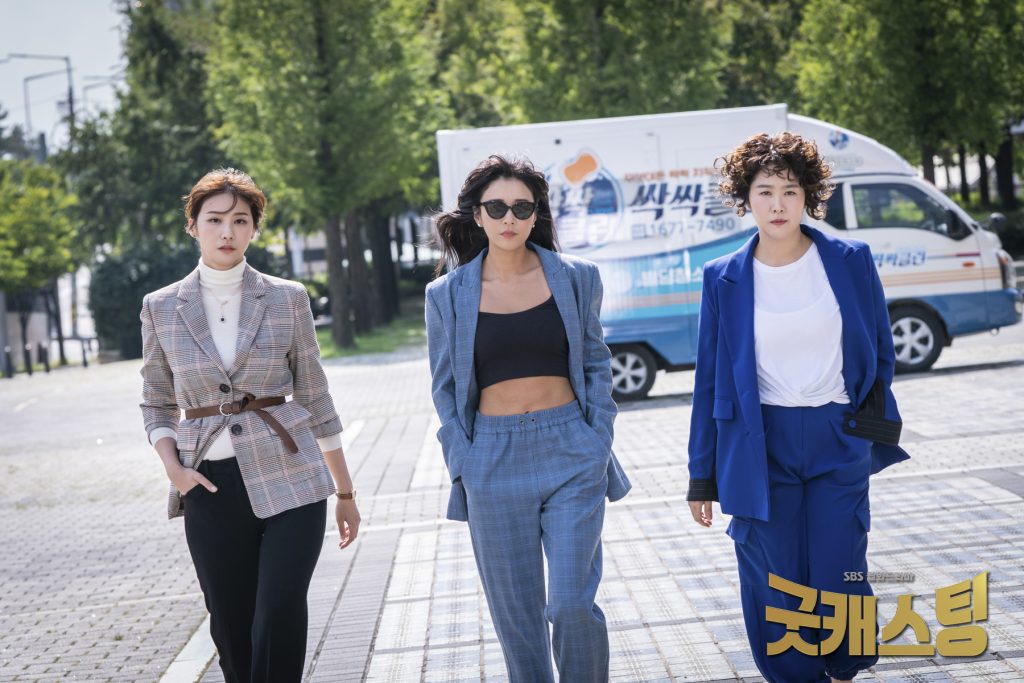 A team of South Korea’s secret service agents are wiped out while working on a case. Because of that an emergency meeting happened to form a team that would continue the investigation.

The probe involves a patent application for a technology being prepped on by government funded IT company, Il Kwang Hitech. From an intel received that the technology information might be leaked, NIS has to moved to avoid causing massive economic loss. 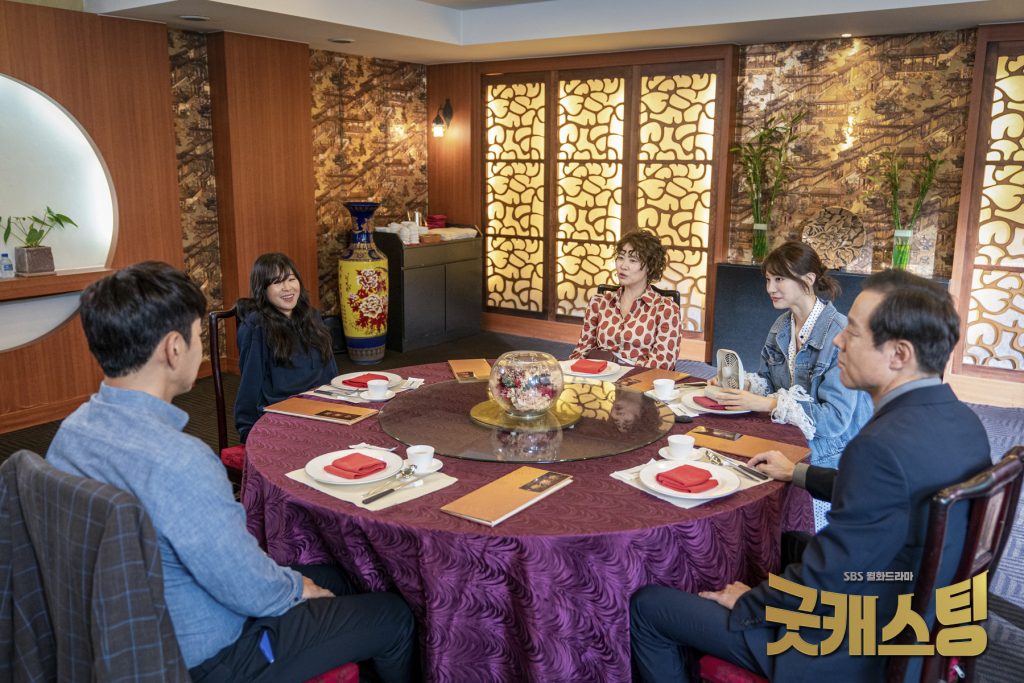 Urgent situation requires extreme measures, thus, a new team is created to go undercover at Il Kwang Hitech. First up, is master negotiator Hwang Mi Soon (Kim Ji Young). She used to be a formidable agent, but has since transitioned to normal living as a housewife and insurance seller. 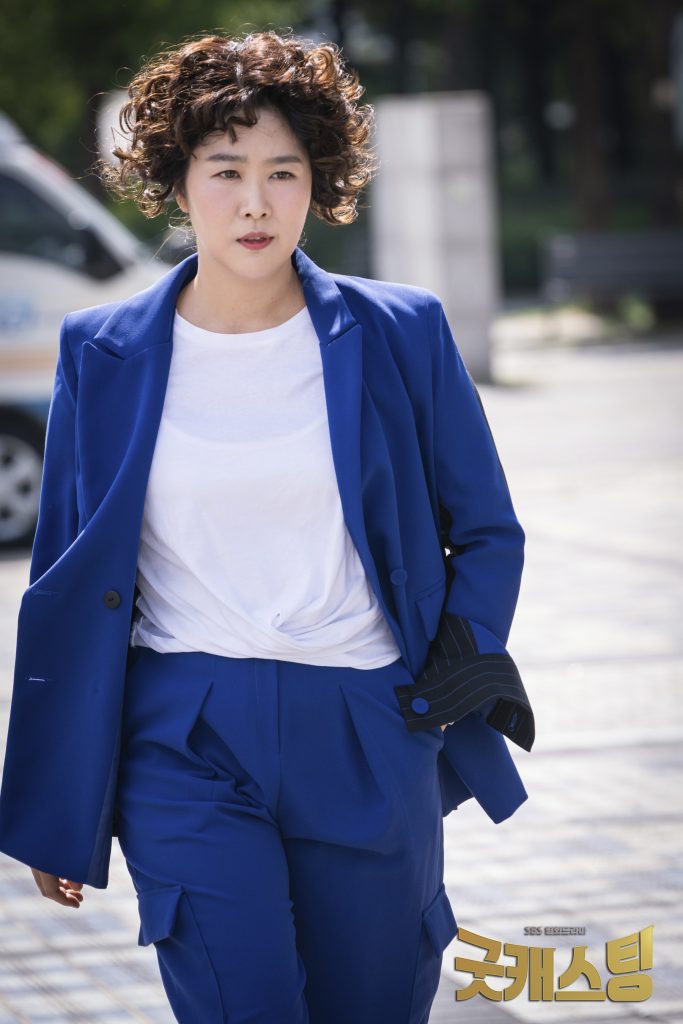 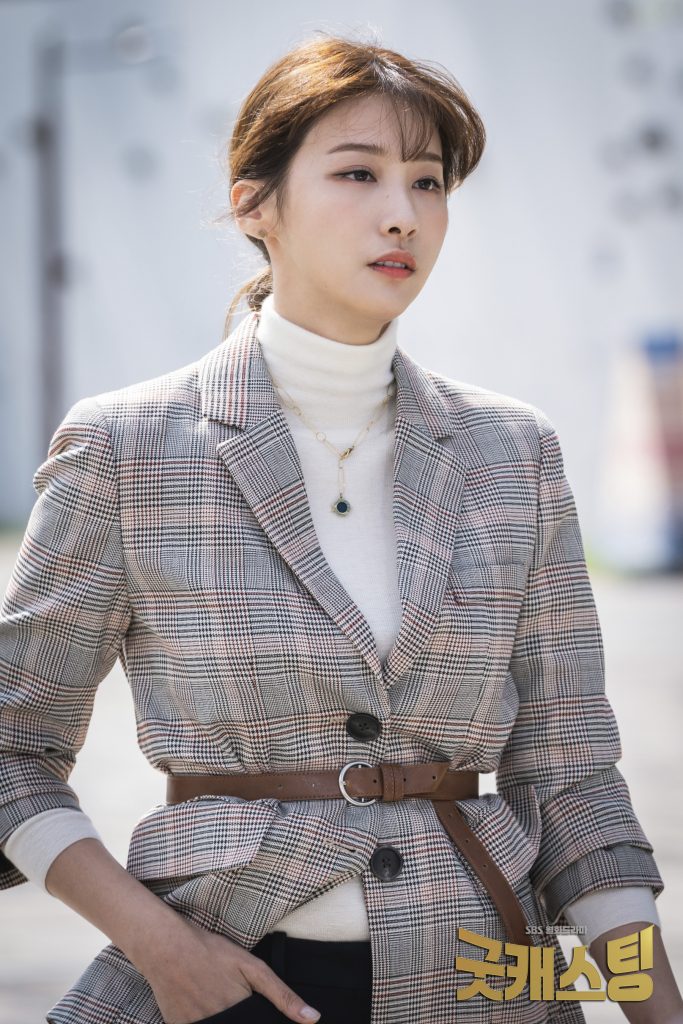 Next up, is skilled hacker and single mother Im Ye Eun (Yoo In Young). Having no field experience, she is forced to take the job because the organization bargains her house if she will not agree.

Rounding up the team is crazy, but elite agent Baek Chan Mi (Choi Kang Hee). Her expertise knows no bound but her temper causes trouble most of the time.

Her last job caused a trauma in her heart when a comrade lost his life after they chase on sneaky villain, Michael Lee. Three years later, she is given another chance to make things right. 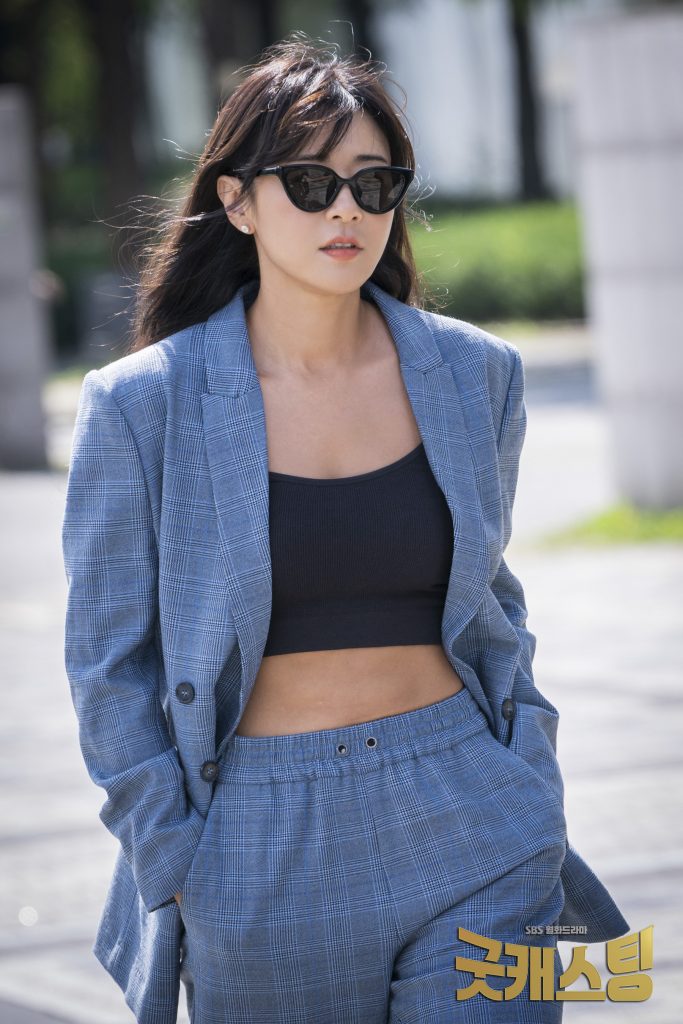 Marking their targets, the three set forth to get closer to the people that will leave them clues to track down the skilled villain.

Unbeknownst to them, the CEO of the company Yoon Suk Ho (Lee Sang Yeob) use to harbor admiration towards Chan Mi. Hence, he accepted her as one of the secretaries.

Meanwhile, Ye Eun adjusts awkwardly to the office job. Her mindless suggestion in the department meeting put her on an impossible assignment. That is to negotiate on the contract of star artist Kang Woo Won (Lee Joon Young). The latter is on the watch list of NIS due to his frequent visits overseas that could be related to the possible technology breach the team investigates.

While Team Leader Kwan Soo and his techy lackey Mu Hyuk works behind the operation, they are forced to babysit Ye Eun’s daughter. The latter went on to complete the task to meet star idol Woo Won.

Setting up the mood to create a good impression, Ye Eun’s clumsiness unfortunately failed her by causing ruckus inside Woo Won’s dressing room. To make the matter worse, she accidentally bared the overbearing top star in his birthday suit. Furious, instead of negotiating he demands four times his original asking price placing Ye Eun on a sticky situation. 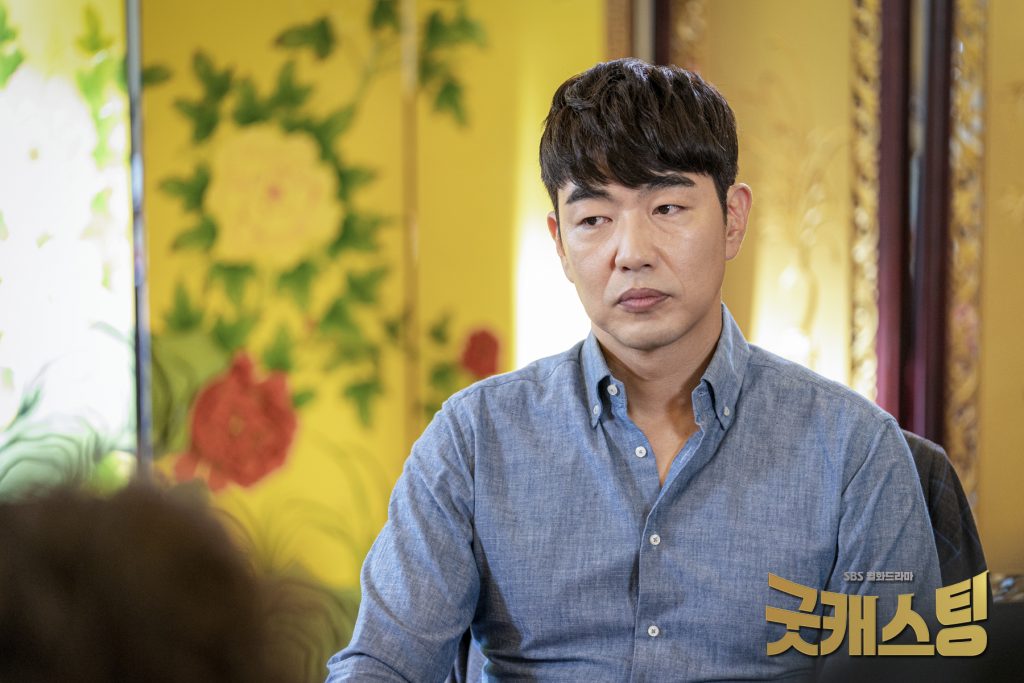 Meanwhile, Team Leader Kwan Soo meets his boss who is rushing their team for the task. The boss appears to be engaging in a shady business behind NIS’ back.

Aside from Woo Won, CEO Yoon is also under the radar of NIS. Hence, the team’s first task is to obtain pertinent information from the research lab and the CEO’s laptop.

While Mi Soon and Chan Mi get to their assigned destination, they get trapped in the room with the bosses protecting the information they want to get on. 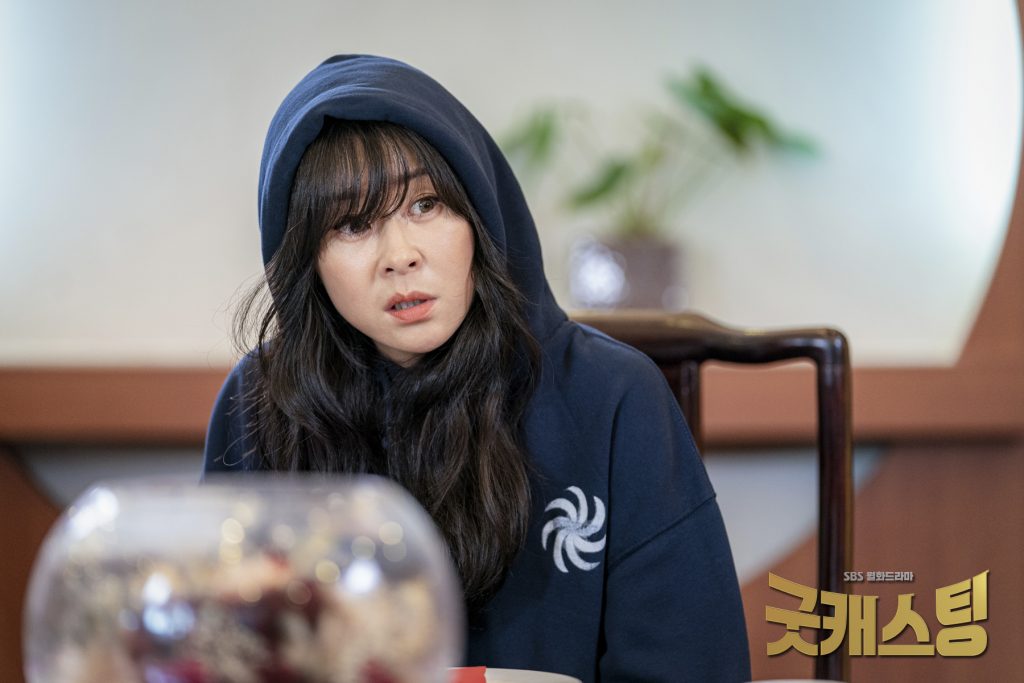 Good Casting established the disheartening truth that would cause eventual rift between Chan Mi and Ye Eun on its opening week. That is because Ye Eun’s husband died in his last mission where Chan Mi was the team leader. Ergo, this is one key point to anticipate as the plot gets thicker.

Reversing the roles, the female leads take on the bulk of the action while the male leads have more sedated portrayals. A refreshing look aligning to the current trend of female leads having strong characters is also apparent.

Chan Mi is set to uncover the unsettling questions left from her previous failed operation. It looks like some dirty laundry within the organization will make the situation for the heroes complicated.

Treading on light espionage-theme, the series has high chances to appeal to general audience. The delivery of lines and presentation of conflicts are also given in a comprehensible manner.

Levying the possible outcomes based on the initial story sketch, the missions to be accomplished by the trio impel the small and momumental shifts of the narrative.

Additionally, romance lines were also hinted for Chan Mi and Ye Eun. But, will workplace romance help or impede their mission?

Good Casting airs on SBS every Monday and Tuesday at 11:10 p.m. KST.