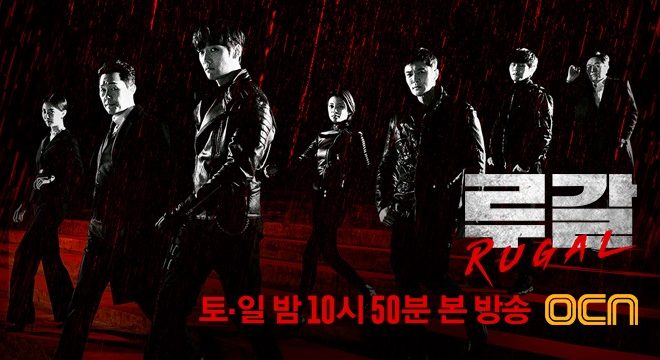 Losing everything he holds dear in his life, a man gets a second chance to claim his vengeance. Equipped with a new weapon that enhances his abilities, he takes on the most powerful criminal organization. Based on the webtoon of the same name, Rugal is a power-packed action drama with sci-fi elements. 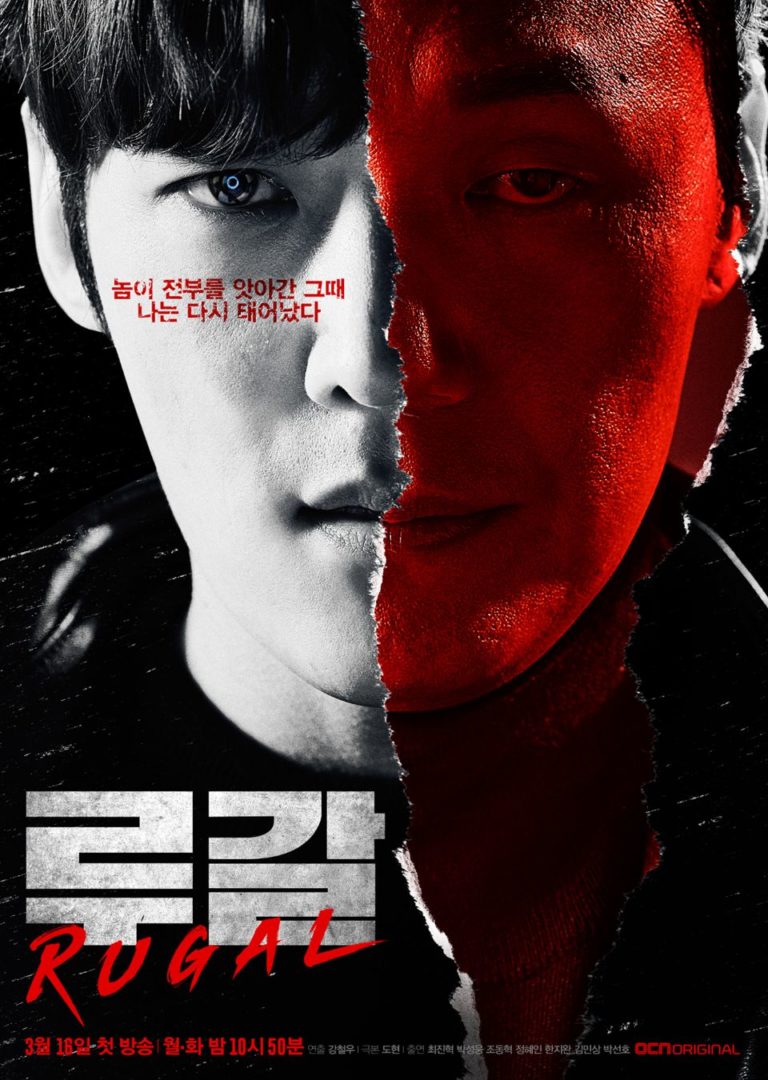 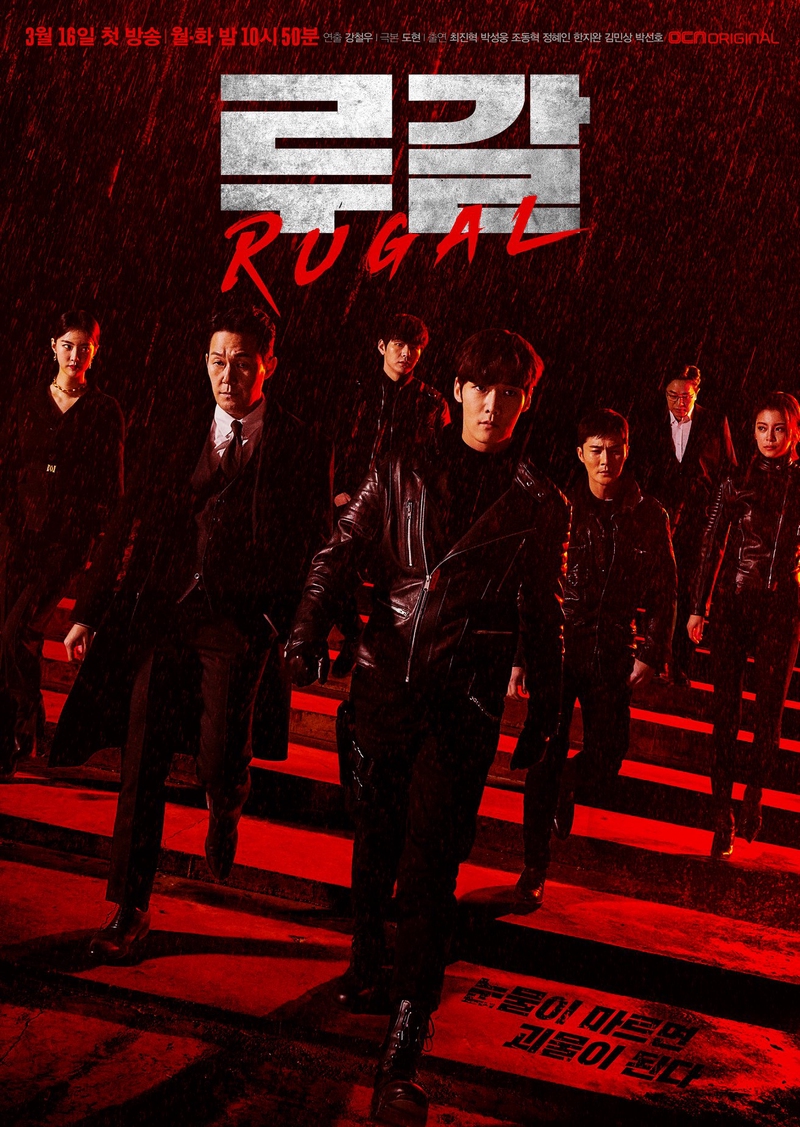 Choi Jin Hyuk plays the protagonist Kang Ki Beom who after losing his eyes is transplanted with artificial eyes that also provides him with enhanced powers. Playing the main villain Hwang Deuk Gu is Park Sung Woong who impresses with his charismatic appearance.

The premiere episode opens with a happy video footage of detective Kang Ki Beom (Choi Jin Hyuk) and his wife Yeo Jin playing on loop in the background. Meanwhile, Ki Beom is badly injured, eyes gouged and lying close by is the dead body of his wife.

Responsible for this incident is ‘Argos’, a powerful criminal organization. However, there is no evidence to prove that and all the blame has been pointed at Ki Beom. Under the charges of killing his wife, Ki Beom is held captive in prison.

Choi Geun Cheol meets Ki Beom in the prison and hands him a communication device. They continue communicating through that device. Days pass by and finally Argos make their move and attempt to kill Ki Beom again. He manages to escape with the help of Geun Cheol and his people.

After bringing Ki Beom in, Geun Cheol decides to implant artificial eyes. Despite being aware of the impending risks and side effects, Ki Beom agrees to the surgery. The surgery was successful and now Ki Beom can see with his artificial eyes which also holds various special features. Now, Kang Ki Beom is dead in the public records and serves as member of the group ‘Rugal’ which aims to destroy ‘Argos’. 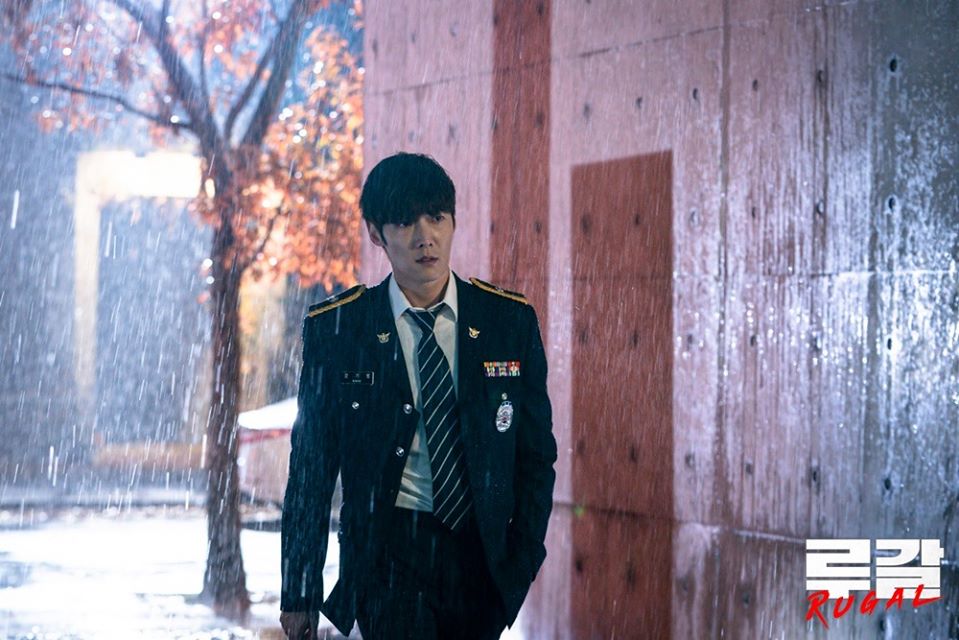 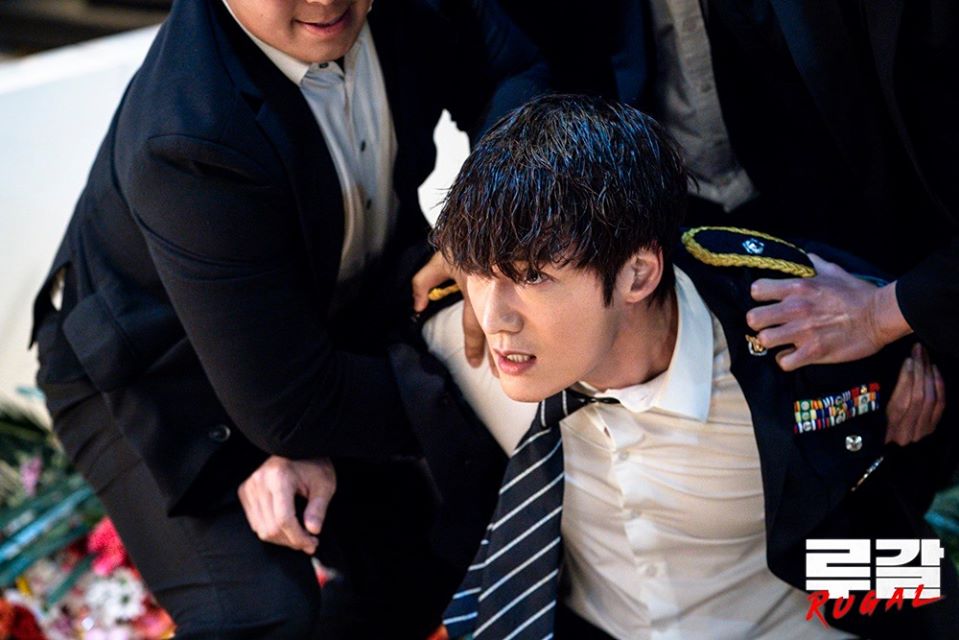 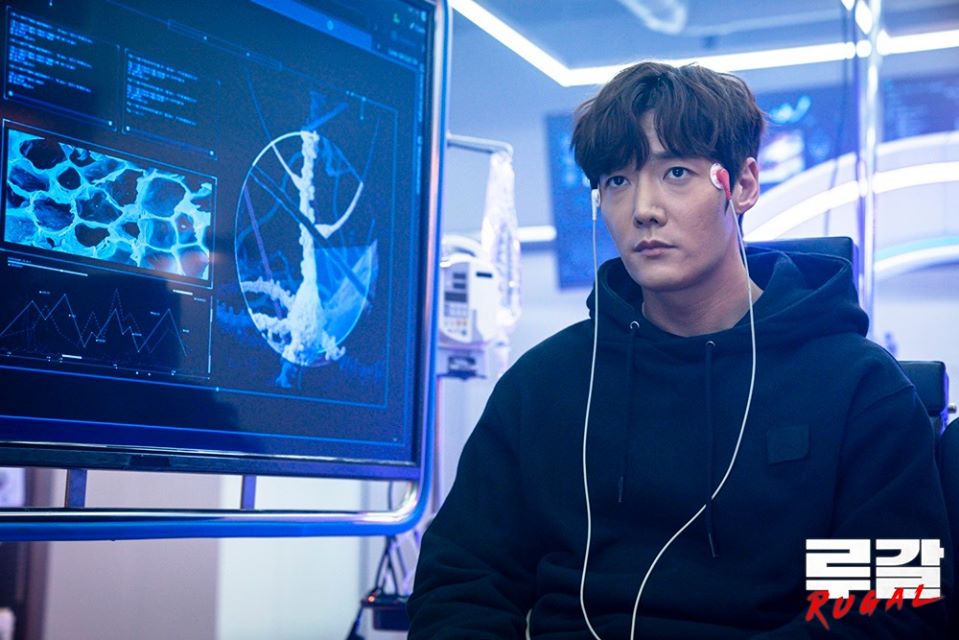 One of the strong pillars of Argos as an organization is Hwang Deok Gu (Park Sung Woong) who is extremely ruthless and kills anybody who comes on their way. This is also the reason why the chairman, Ko Yong Deok survived for a long time without getting punished by the law.

However, an internal feud is brewing between the chairman and his right hand man. Ko Yong Deok is planning to move a step further and become an assemblyman. He plans to get married to Choi Ye Won and accordingly name her as his successor. Hwang Deok Gu does not seem too pleased by it and on the other hand Ko Yong Deok is also planning his demise.

On the wedding day, ‘Argos’ is transporting money for the illegal operations using the empty boxes of Ye Won’s gifts. At the same time, Hwang Deok Gu gets attacked by some men which were sent by his boss. 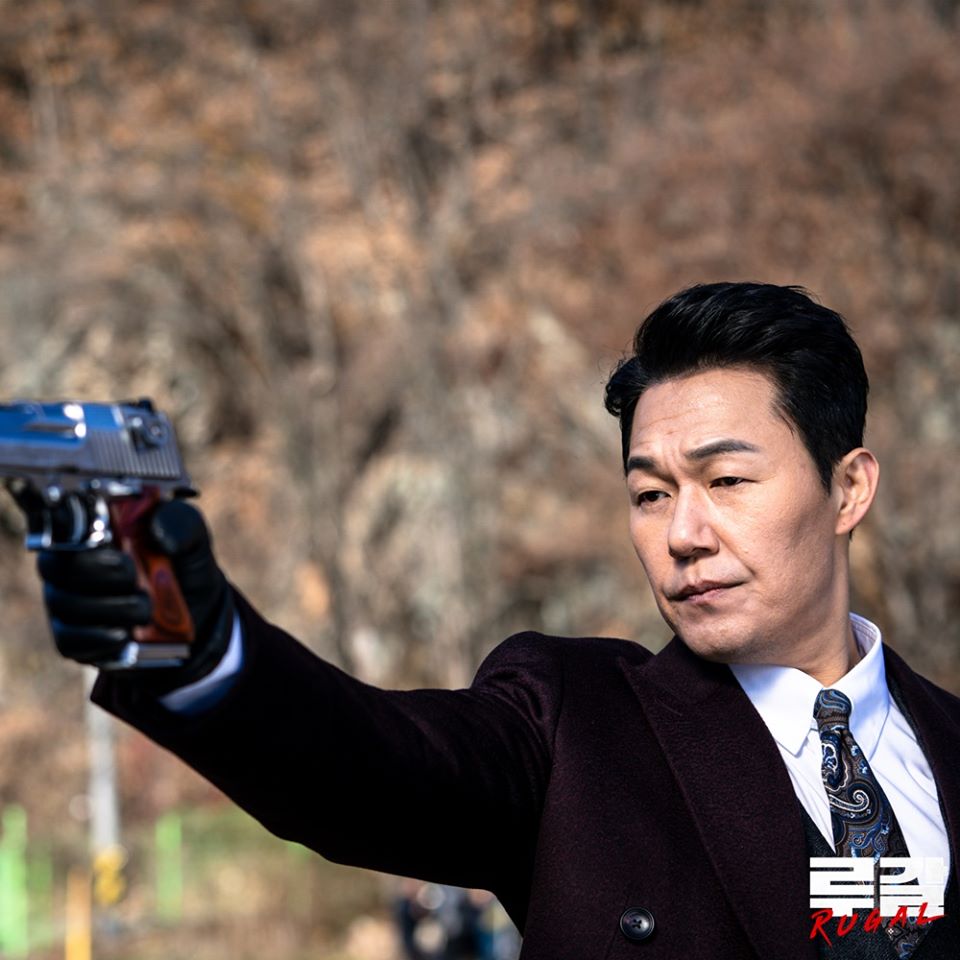 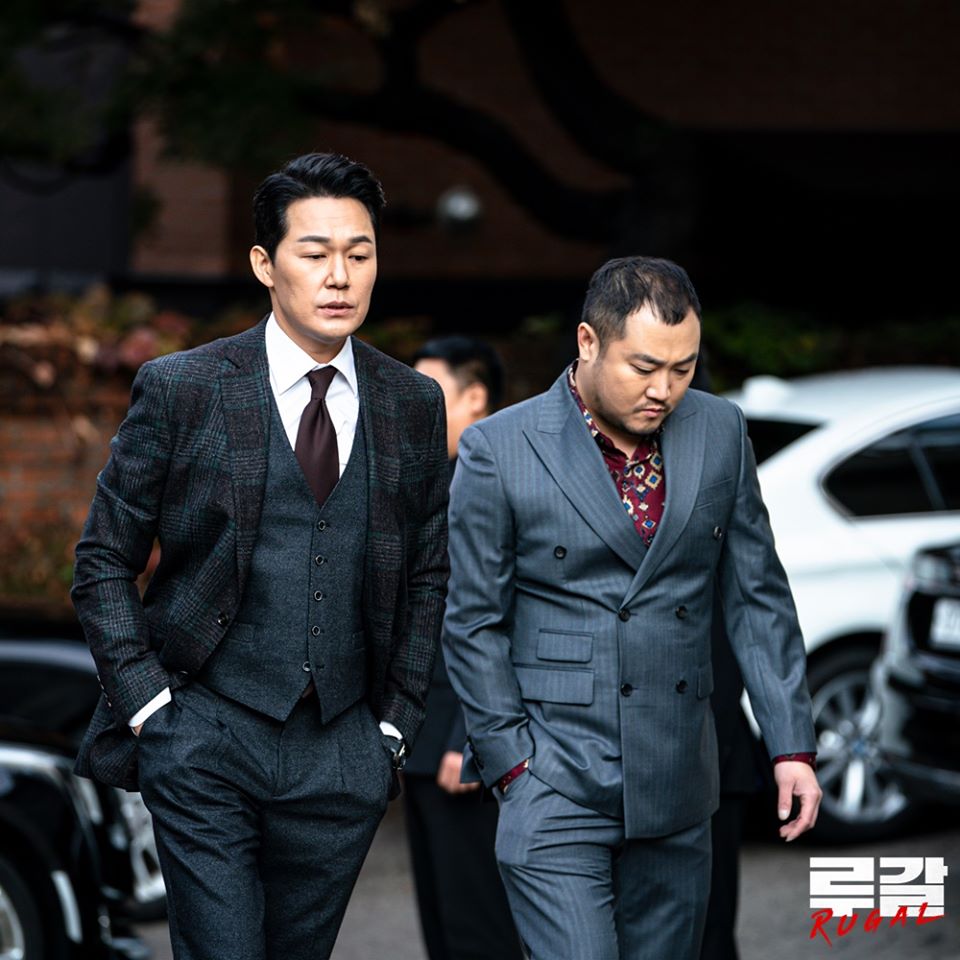 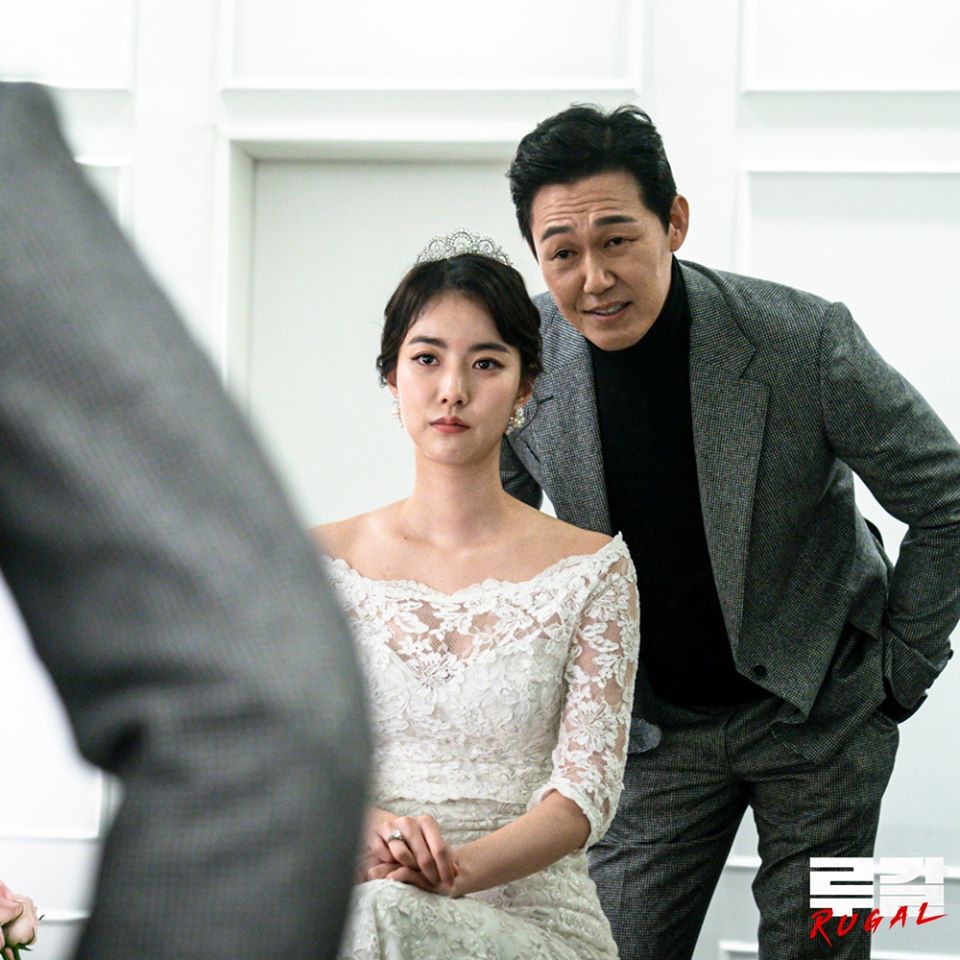 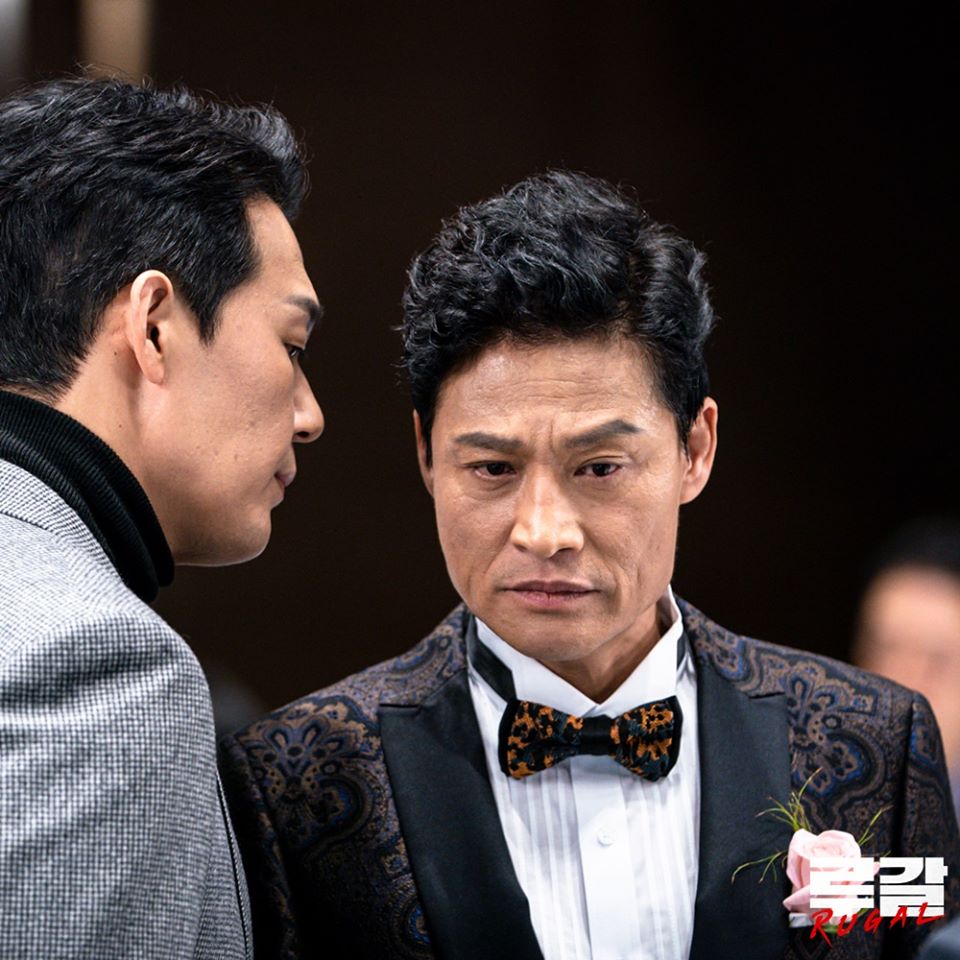 First mission of ‘Rugal’ team and the new ruler of ‘Argos’

‘Rugal’ is looking to accumulate as many evidence they can against ‘Argos’. To achieve this, Ki Beom and his teammates, Han Tae Woong, Song Mi Na and Lee Gwang Cheol are assigned to infiltrate ‘Argos’ on Ko Yong Deok’s wedding day and steal their illegal money which they were transporting.

The team succeeds in getting hold of the money but things get awry when Ki Beom recognizes Min Dal Ho as the one who attacked him and his wife. Driven by rage, he follows Dal Ho’s car and attacks him. However, before he could cause further damage, Tae Woong and Mi Na stops him.

Ko Yong Deok is informed that his money is gone; enraged, he sets off alone in his car. As it turns out his car has been tampered with and he ends up in an accident. A group of men dressed in police uniform approaches the car and replaces Yong Deok’s body with someone else’s and sets up the car for explosion. Deok Gu then brings Yong Deok to a dock and also calls Ye Won to that location. Using his tactics, he forces gun in Ye Won’s hands and shoots Yong Deok.

Finally, on the day of Yong Deok’s funeral Ye Won announces that Deok Gu would be handling the organization while accusing assemblyman Park of the murder of her husband. 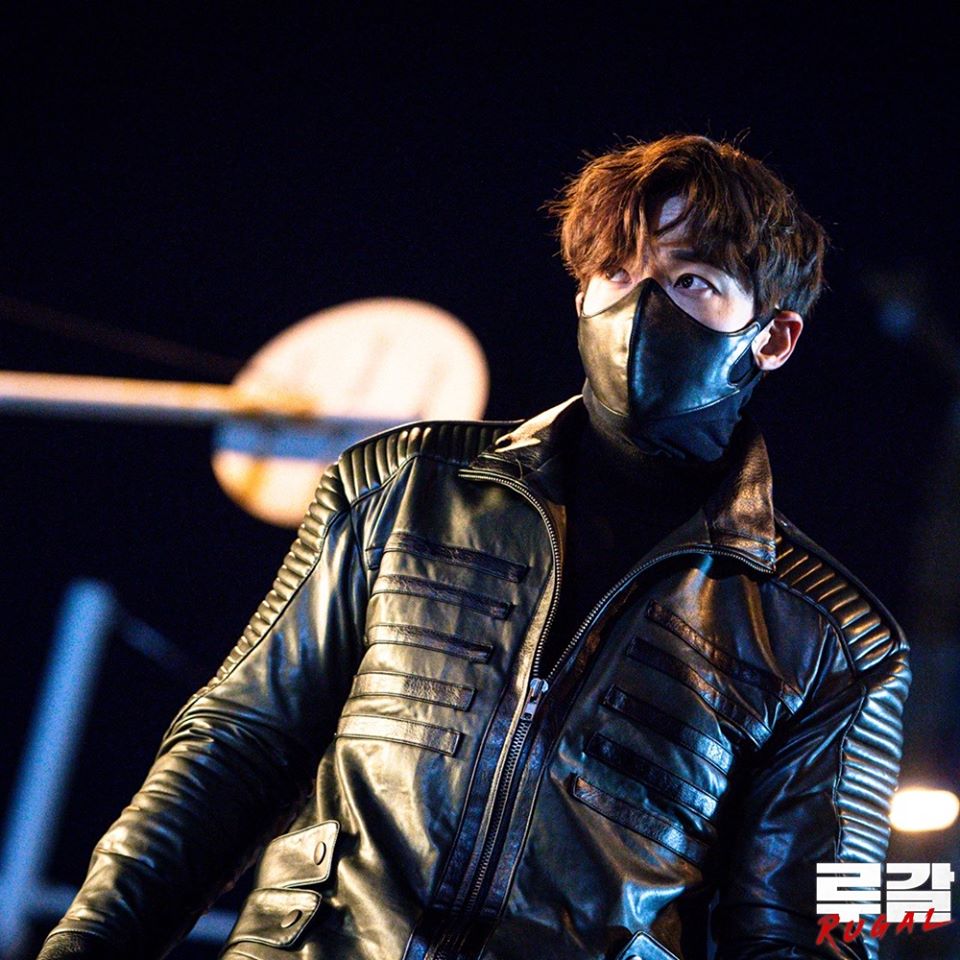 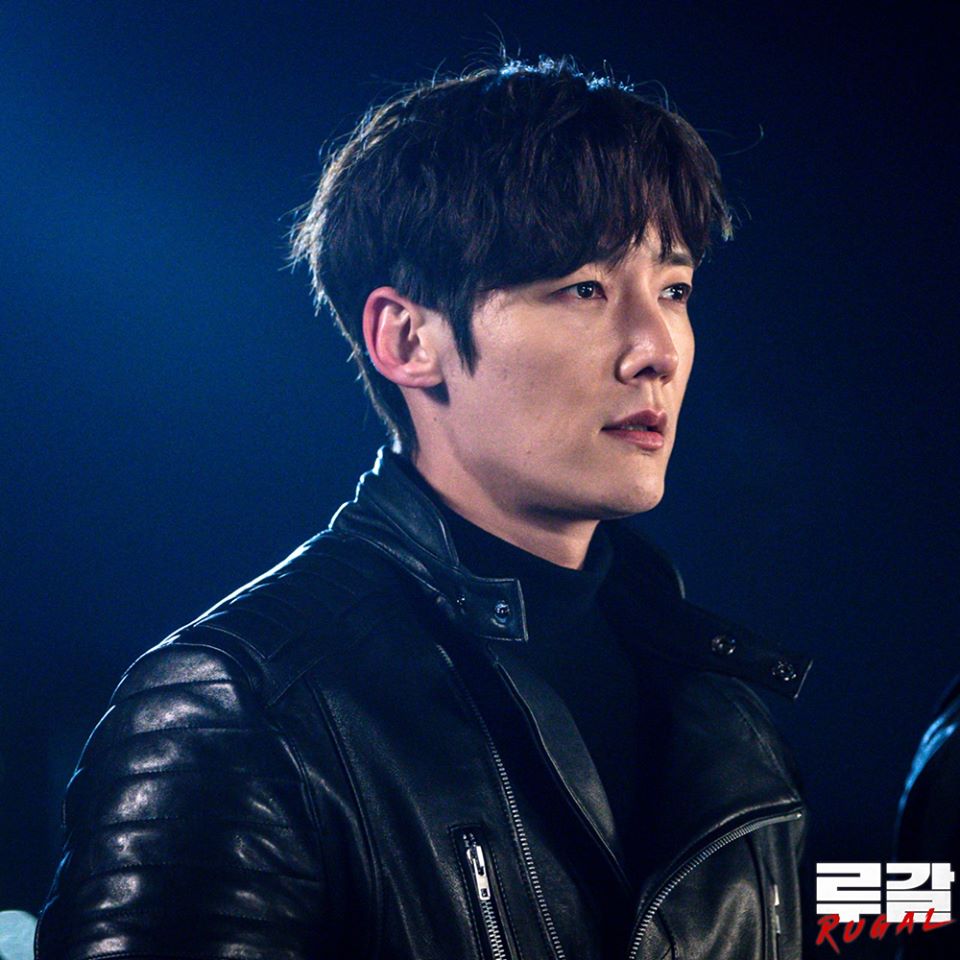 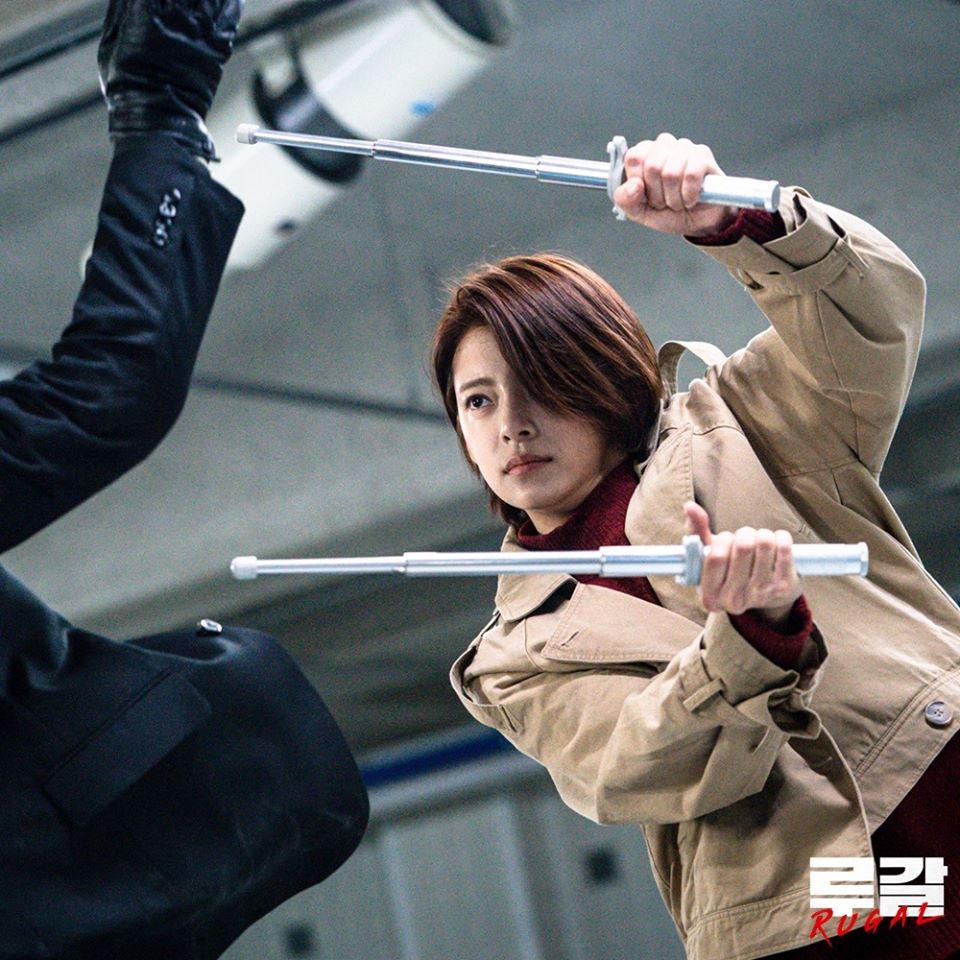 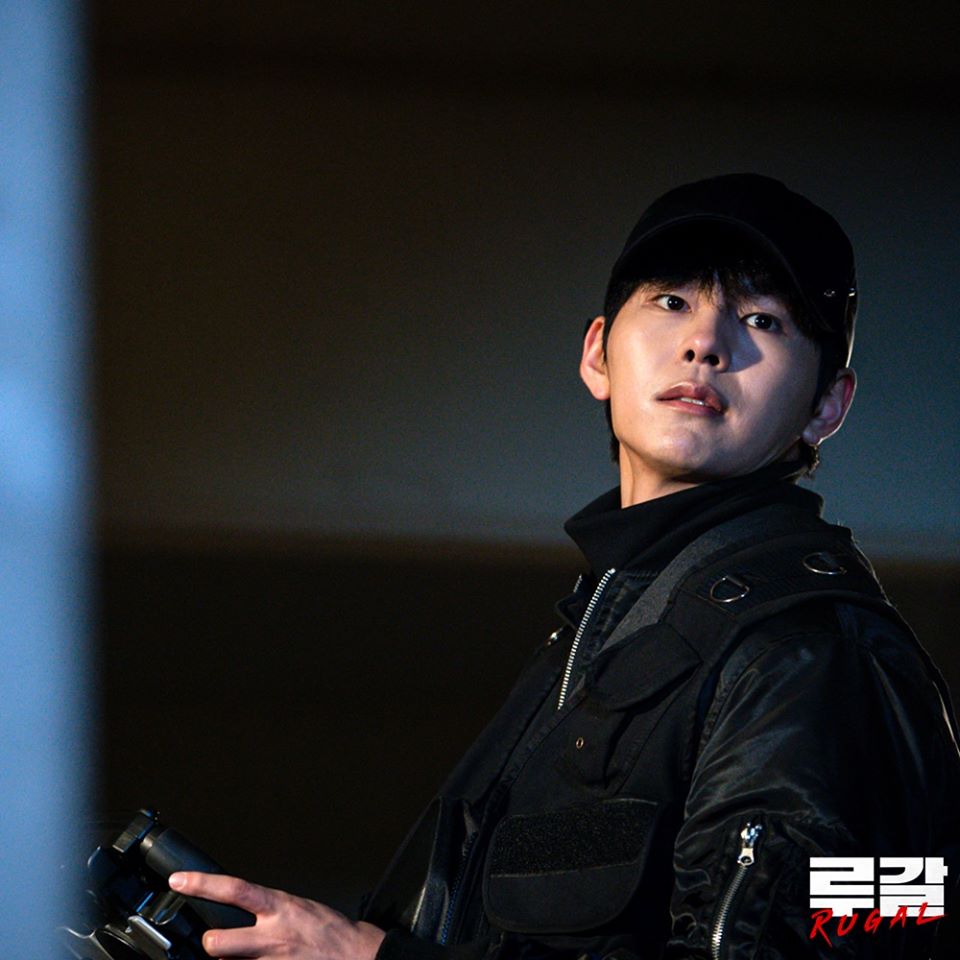 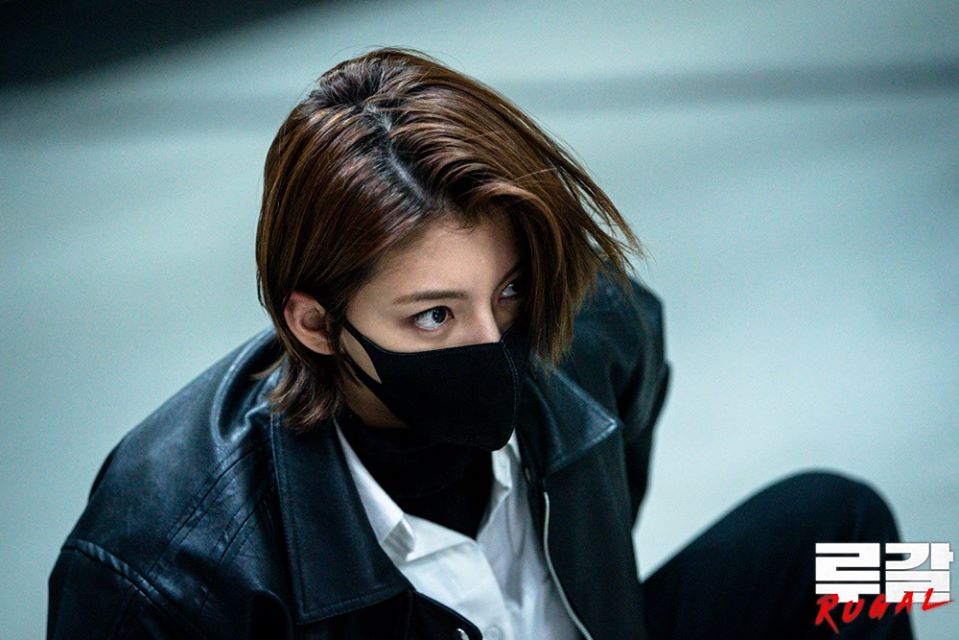 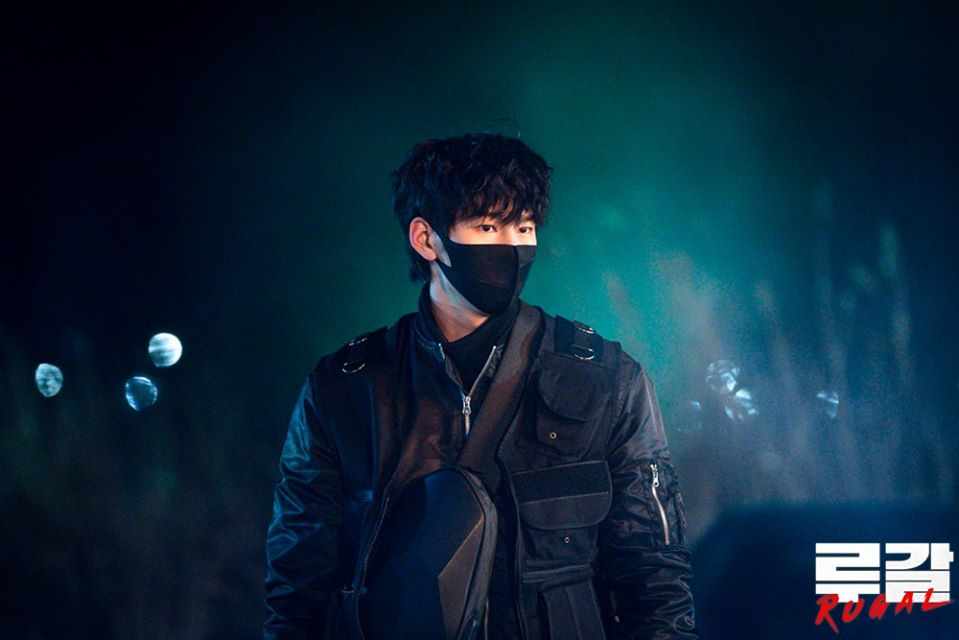 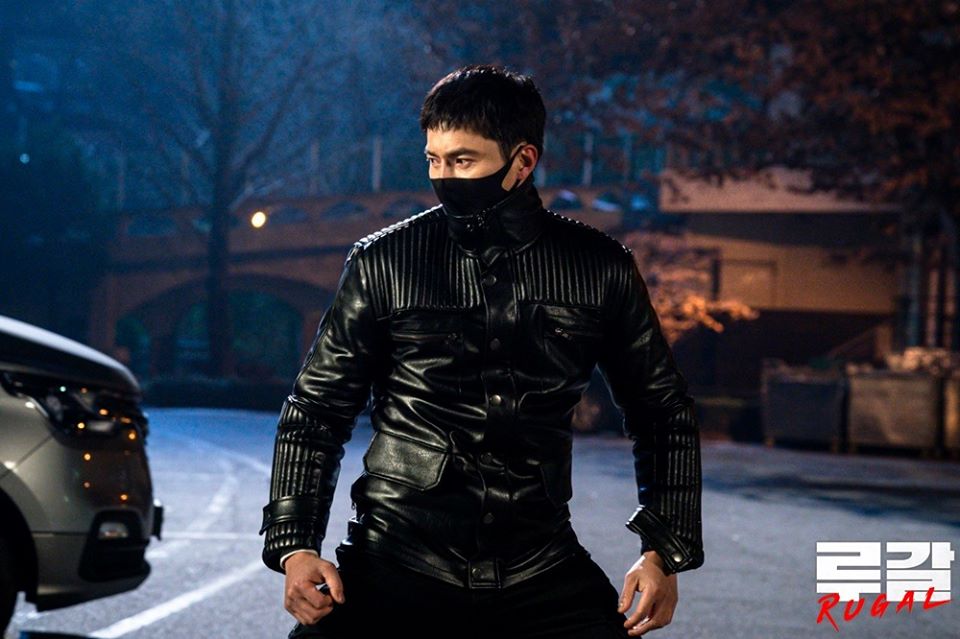 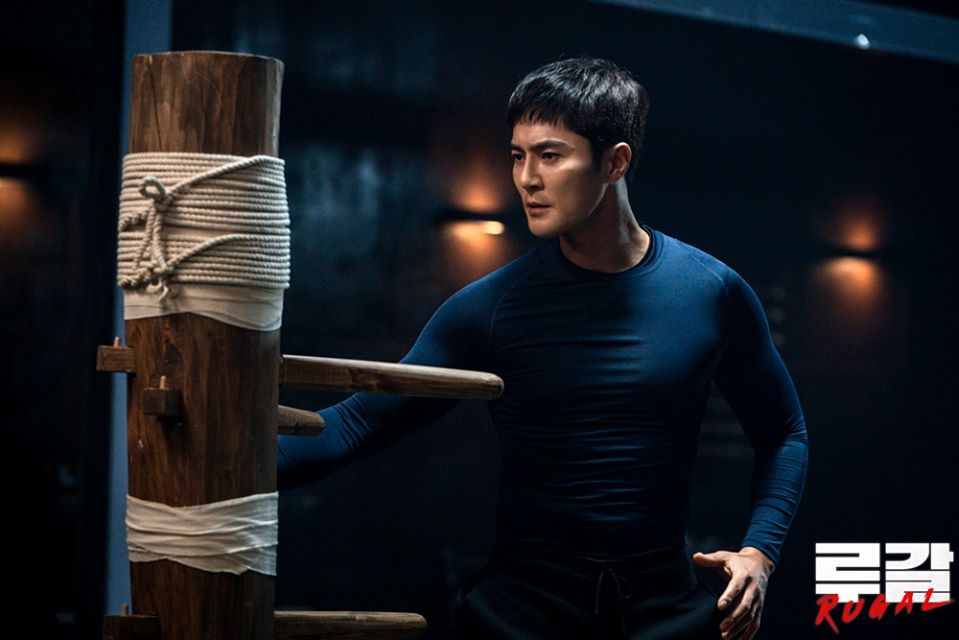 A suspicious man called Kim Dae Sik comes to the police and asks for a meeting with Kang Ki Beom. He admits of killing Kang Ki Beom’s wife. After being put behind the bars, he causes a massive explosion further reiterating his demand of meeting Kang Ki Beom.

Soon after, he is kidnapped by Ki Beom and Gwang Cheol. On interrogation the man says that he did what he was told to do. Then, he states that Ki Beom’s eyes looks so real which might be the reason why ‘that’ person who hired him was interested.

But, before Ki Beom could ask any further questions, the man self-destructs. 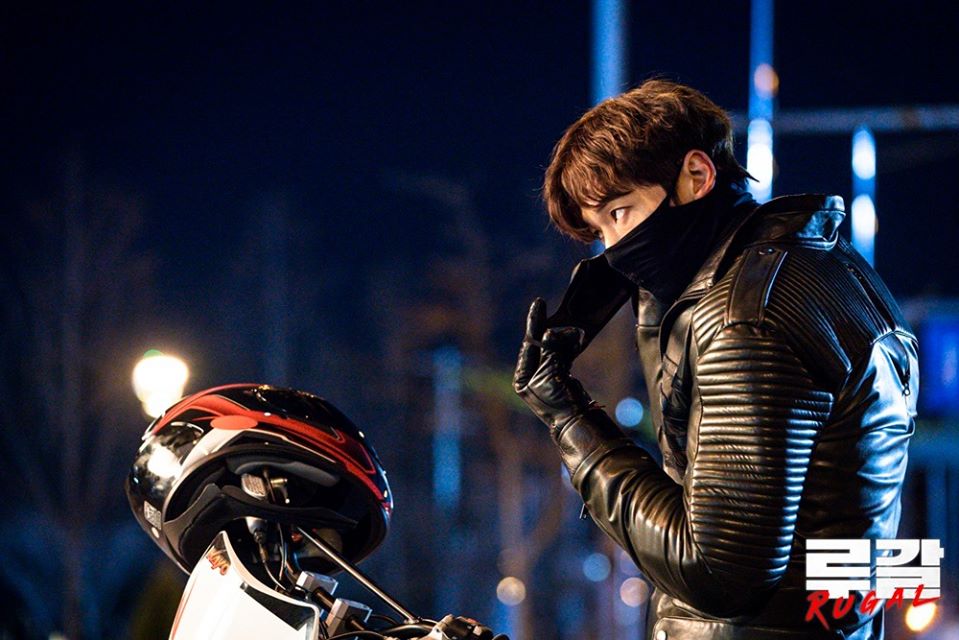 OCN delivers yet again with its high quality content. A mix of revenge, action and sci-fi elements, Rugal has had an exciting start. The premise of the villain killing off the main character’s family is too cliche but that’s forgivable because the cast interaction is flawless. More so, the action sequences too are an absolute treat with its equally amazing cinematography.

Choi Jin Hyuk in a leather jacket with a mask and a bike is the best thing ever. On the other hand, Park Sung Woong is extremely menacing as the crazy psychopath villain who can do anything to feed his atrocity. We knew that he was going to betray his boss but it was quite unexpected to see him get rid of him so early in the story.

The powers of the ‘Rugal’ team is interesting – each of them have enhanced powers but their powers are their weaknesses too. A miscalculation and they are bound to lose their lives. Also, their back stories draws curiosity as to how and why they joined ‘Rugal’. On that note, the organization ‘Rugal’ itself holds so many questions such as its history and whether there is someone else more powerful backing them.

Looking from the side of ‘Argos’, it looks like they are also looking to develop biotechnological weapons like ‘Rugal’ and Deok Gu is already aware of Ki Beom’s powers. The battle that ensues between the two in the future is highly anticipated.

Rugal airs every Saturday and Sunday at 10.50 pm KST on OCN. The drama is also available for streaming on Netflix.

Hellokpop, as an independent Korean entertainment news website (without influence from any agency or corporation), we need your support! If you have enjoyed our work, consider to support us with a one-time or recurring donation from as low as US$5 to keep our site going! Donate securely below via Stripe, Paypal, Apple Pay or Google Wallet.
FacebookTwitter
SubscribeGoogleWhatsappPinterestDiggRedditStumbleuponVkWeiboPocketTumblrMailMeneameOdnoklassniki
Related ItemsCho Dong HyukChoi Jin HyukHan Ji WanJung Hye InKim Min SangPark Sun HoPark Sung WoongRugal루갈
← Previous Story South Korean Film “Kim Ji Young, Born 1982” Will Be Available On Viu
Next Story → Kim Bo Ra To Star In MBC Sci-Fi Drama Project