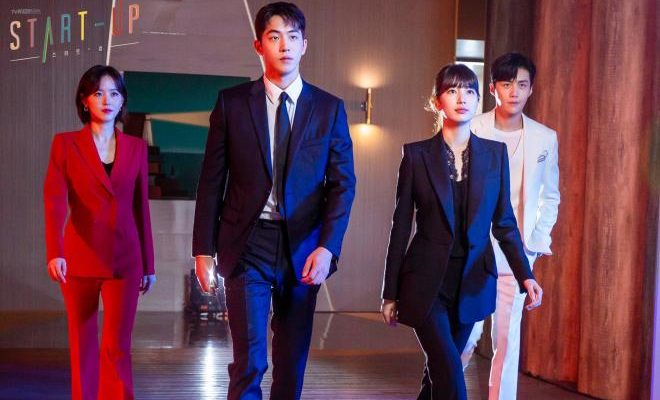 K-Drama Premiere: “Start-Up” Pleases With A Promising Take on Grit, Success and Love In Its Premiere Week

Much-awaited series, Start-Up, successfully lives up to the hype – proving that it has much more to offer than its top billed cast and hyper-representation of Sandbox as the Silicon Valley of South Korea.

The first two episodes of Start-Up have done a very good job in satiating viewers’ eagerness to see how Bae Suzy, Nam Joo Hyuk, Kim Seon Ho and Kang Han Na will all weave together an inspiring youth-oriented story about grit in the world of tech, entrepreneurship and start-ups. 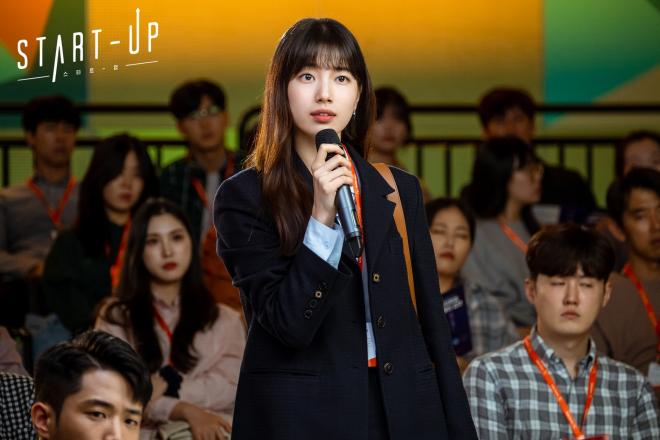 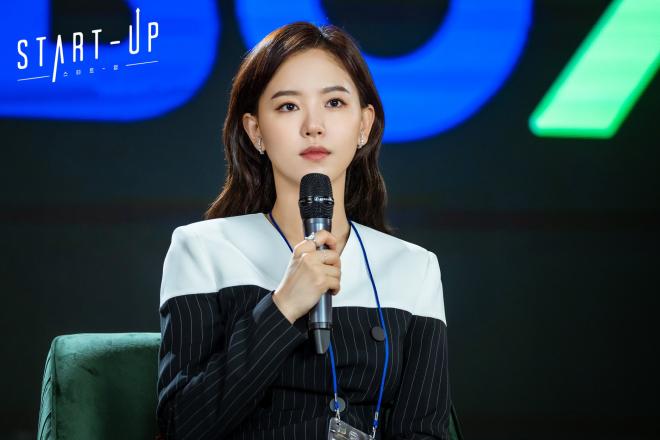 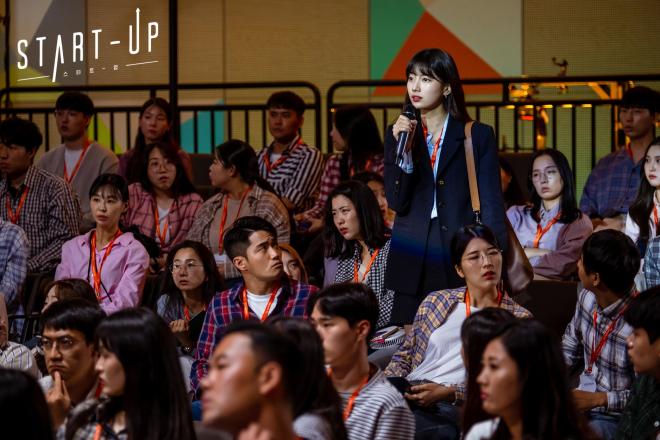 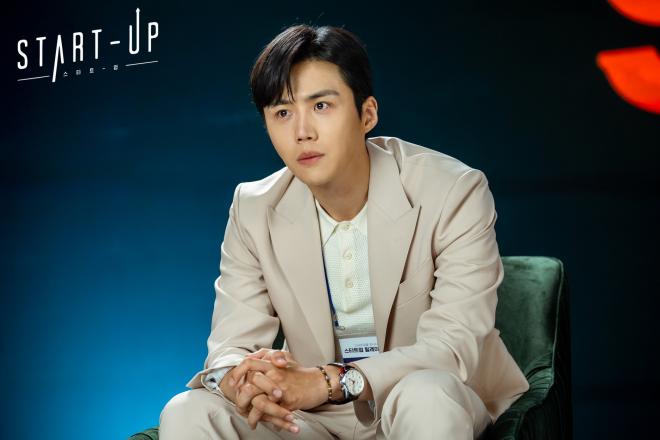 With a mega city like Seoul leading the way in tech innovations globally, Start-Up shows us a dreamful reality that is only accessible to those who dare to follow their grand vision of themselves and the world.

The series’ fictional setting, Sandbox, acts like a safe space where start-ups can learn, experiment and fail. This truly attracts someone like Nam Do San (Nam Joo Hyuk). Do San, along with his two other peers from their knitting club, are struggling to make the ends meet for their start-up venture, Samsan Tech. 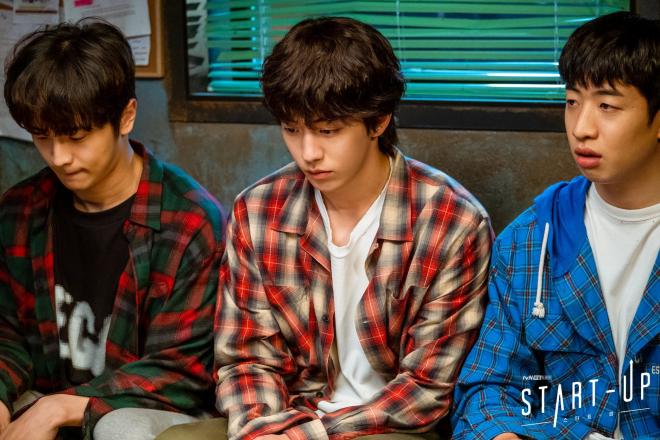 The first two episodes seemingly foreshadows Seo Dal Mi’s (Bae Suzy) deeper connection with Sandbox and its creators and investors. With her father dying right after being granted more capital to launch his tech idea, Dal Mi seems to have lost the chance to live a better life.

Little does she know, the very core idea and meaning of Sandbox has come from his father. Likening it to how children can play safely even if they fall in a playground filled with sand, Dal Mi’s father has unknowingly sparked the idea for something that can make her daughter’s dream come to life.

Much of the story has still to unfold but the premiere episodes have definitely set the tone that only the most colorful adventures await Do San and Dal Mi in Sandbox. 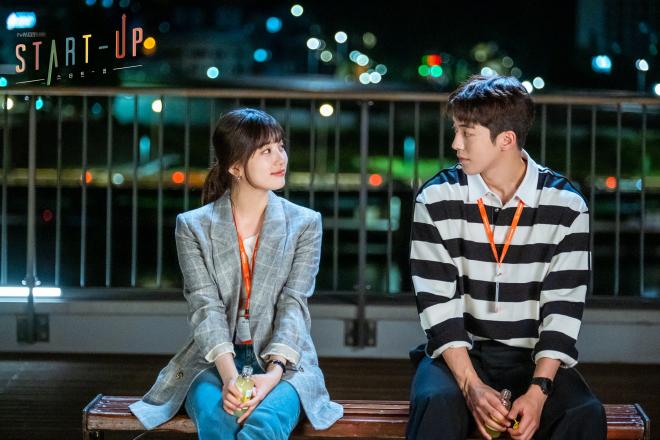 Unexpected Plot Twists Right At The Beginning Of The Story

Start-Up captivates not only with its light and refreshing narrative but more so with its well-thought of story. With a well-grounded build up during its premiere week, this drama is able to clearly explain the characters’ personae and their backstories all while exciting viewers with sprinkles of a charming cinematography.

The premiere episodes also did not fall short riveting plot twists. As it turns out Seo Dal Mi and Won In Jae (Kang Han Na) are sisters separated when their mother has decided to give up and leave their father.

Despite the stark difference between the lives the Dal Mi and In Jae live now, it is interesting to anticipate how their adventures in Sandbox will reunite or maybe further rip them apart. 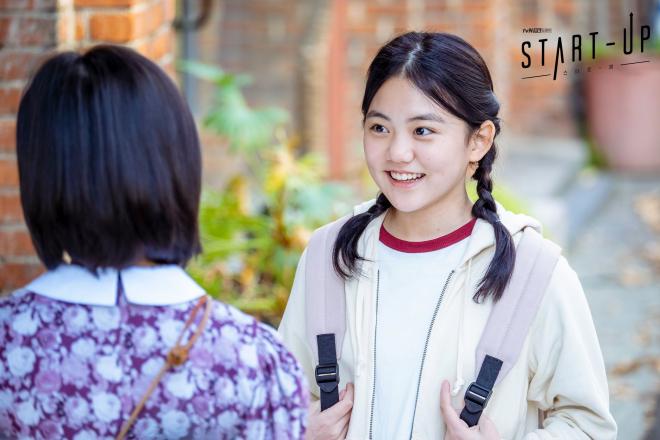 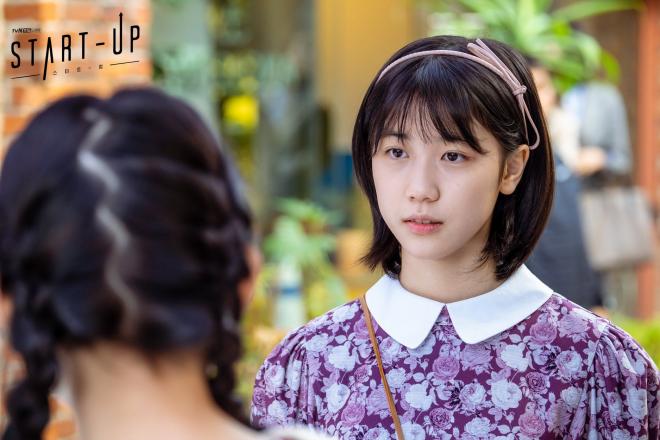 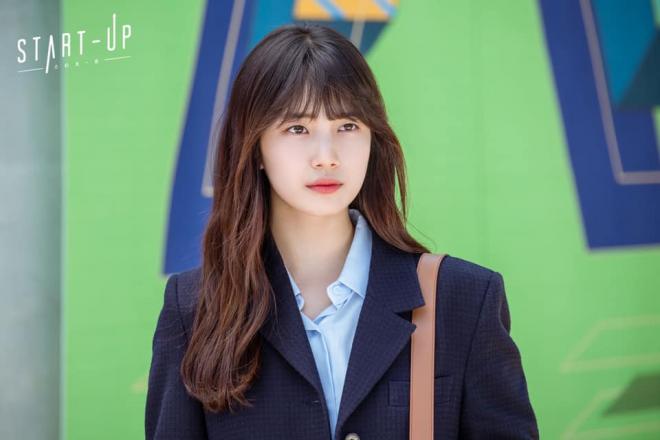 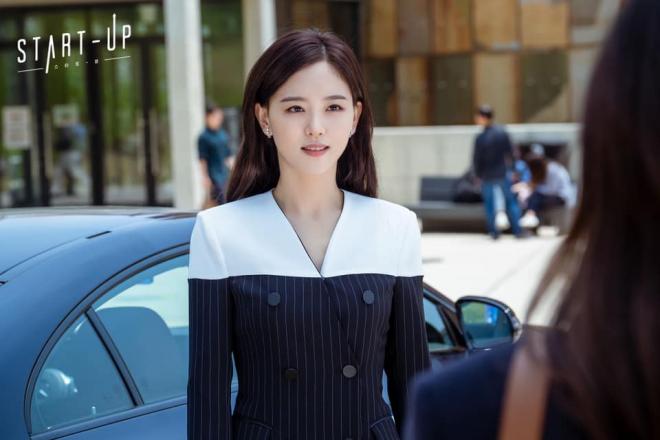 The focus on Seo Dal Mi’s father story is another deeply moving plot shown in the premiere week. Highlighting his relentless passion and belief that it will all eventually work out may be foreshadowing of Seo Dal Mi’s impending uphill battle in Sandbox.

However, much to everyone’s surprise, the premiere episodes have brought viewers to tears when Seo Dal Mi’s father dies — right when he thought that everything would fall into place. 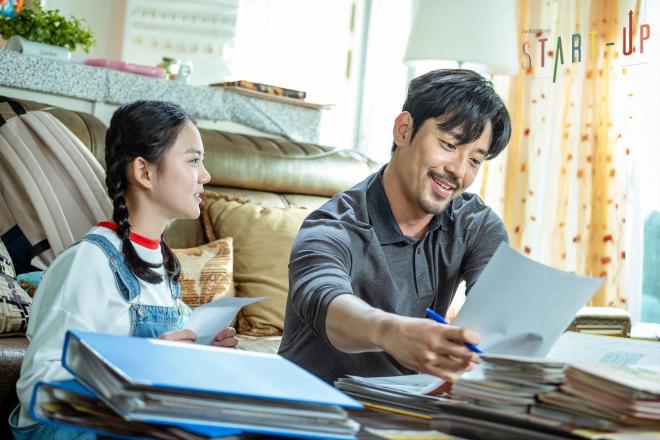 Relatable Characters In A Refreshing Setting

Start-Up delights with its refreshing story and setting entwined with familiar and relatable characters.

Seo Dal Mi’s grandmother (Kim Hae Sook) has clearly occupied a discreet but pivotal role in the success of Han Ji Pyeong (Kim Seon Ho). From being a homeless orphan, thanks to Seo Dal Mi’s grandma, Ji Pyeong is able to build a name for himself as one of the most trusted investors in Seoul. 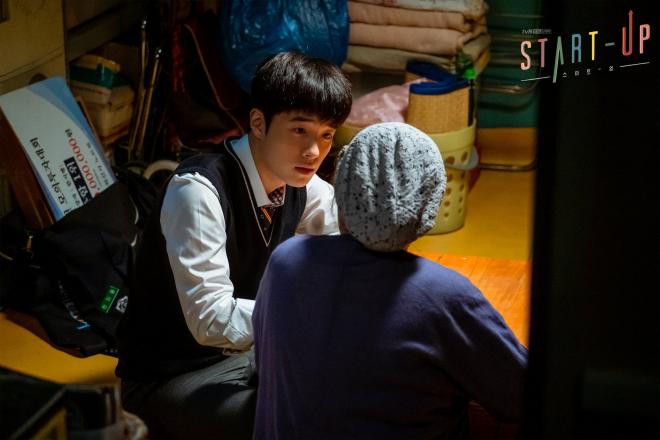 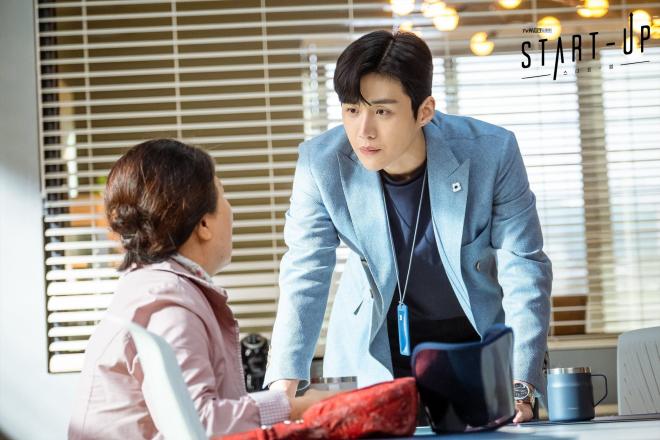 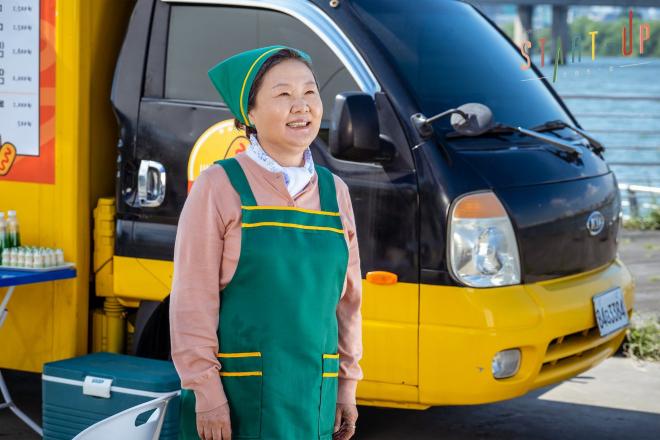 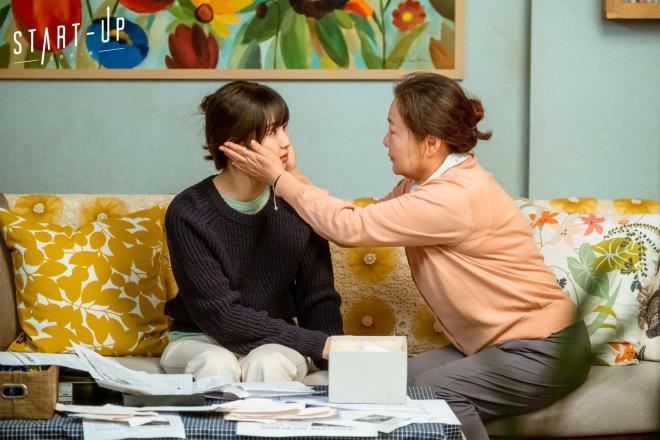 Kim Seon Ho is delivering much for Han Ji Pyeong’s character. His aura resembles an indifferent, complex exterior but with an undeniable hint of a soft interior.

Despite Ji Pyeong’s cold treatment to most people, he definitely has a soft spot for Grandma Choi who has sincerely looked out for him even when he has nothing to offer or give in exchange. The plot stirs up when Grandma Choi is left with no choice but to ask a favor from the now rich and powerful Ji Pyeong.

This ‘good boy’ of course has no other option but to accede to Grandma Choi’s request – that is to find Nam Do San and sort of hire him for a night to pretend as Seo Dal Mi’s date and investor. 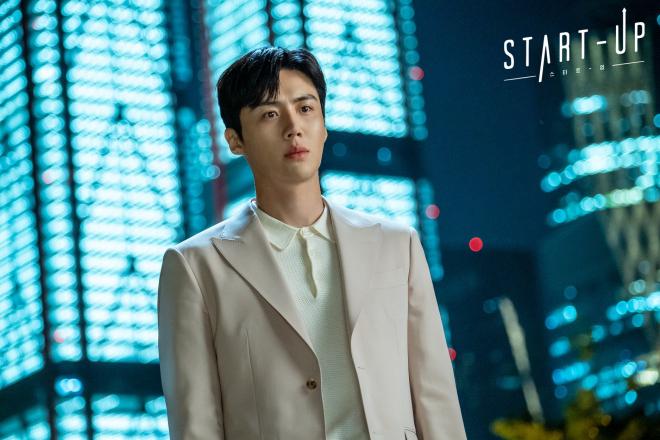 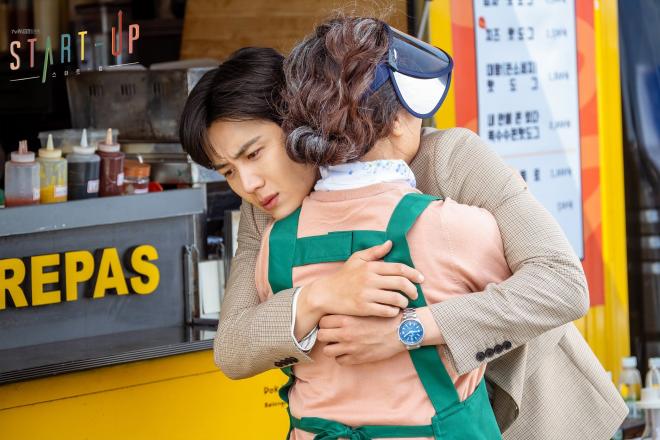 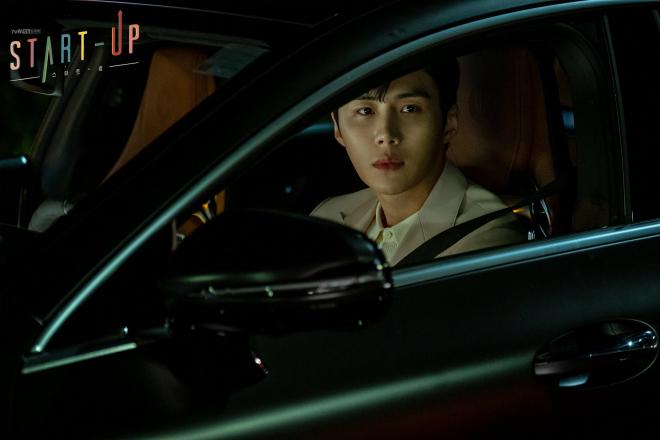 Seo Dal Mi exudes a strong, determined character but she has her quirky moments – which further adds color to the story. In true fighting spirit, Seo Dal Mi keeps her calm and composure but lets her emotions all out when she thinks she is alone. With Bae Suzy acting as Dal Mi, it is as if seeing a doll dancing in a weird way but still being very pretty.

Seo Dal Mi is faced with difficult life problems such as having to put up with her ingrate sister In Jae, her unstable career and boss who offers empty promises. Yet, she still believes that amid all these she will find solace, happiness and her one true love in the name of her childhood pen pal, Nam Do San. 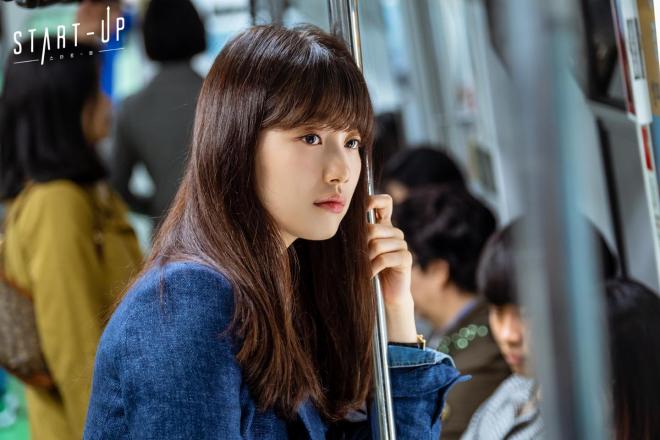 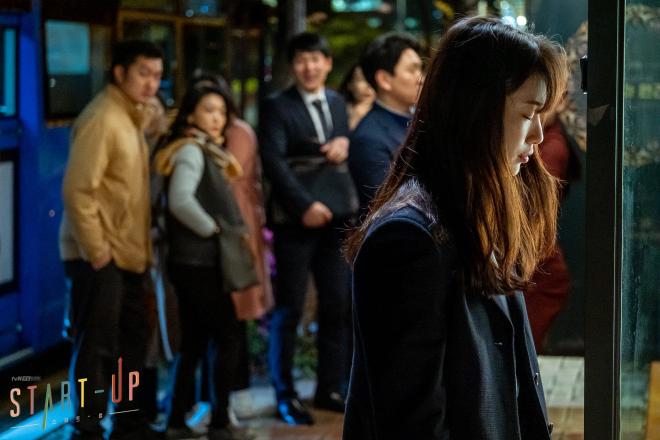 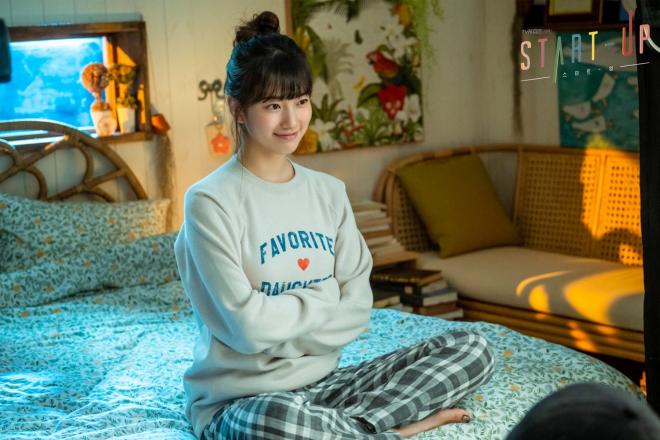 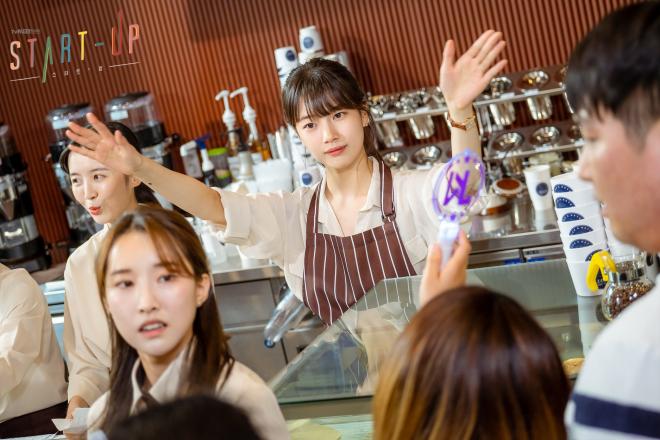 Start-Up premiere week ends with the heart-fluterring scene wherein Nam Do San transforms like a male Cinderella in In Jae’s networking event – all willingly so, for Seo Dal Mi.

Baffled that somebody somehow has stolen his name and identity, Nam Do San seems to have also been convinced the he has to play the part for Seo Dal Mi. In a way, he must have been touched by how sincere and soulful Dal Mi writes ‘to him’ in her letters.

Although Nam Do San’s character has not been given much spotlight in the premiere episodes yet, Nam Joo Hyuk’s portrayal is proving to keep the viewers anticipating of how his character will further develop. 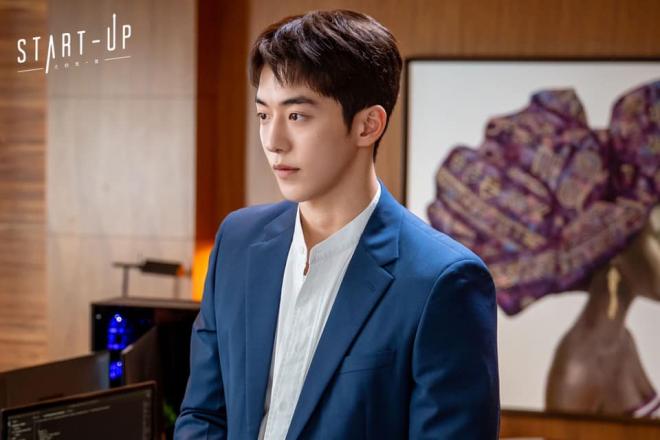 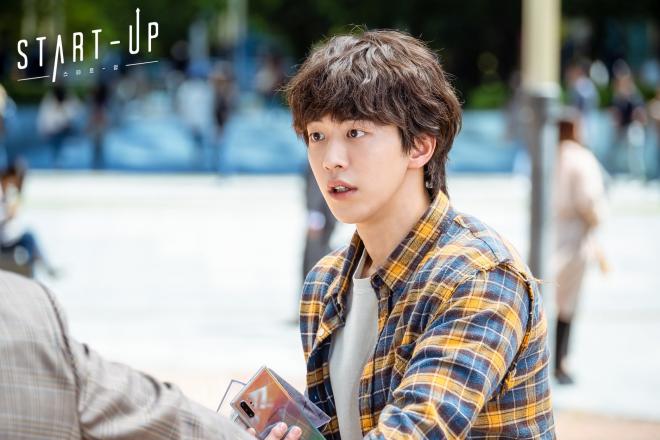 Surprising fans with a premiere that is far from being monotonous, Start-Up treats us to a carnival of emotions from heart-fluttering to heart-aching all in a span of less than three hours. (And really, we cannot wait to see more.)

The brewing youthful chemistry between Bae Suzy and Nam Joo Hyuk will also surely make our weekends sweeter and more vibrant. And, the push and pull in the interconnected relationships between Han Ji Pyeong, Nam Do San, Seo Dal Mi and Won In Jae will surely make the wait on how the story will further unfold all the more thrilling.

Start-Up is a series proving to be worthy of all the viewers’ excitement. It has a promising message, a relatable plot and a refreshing take on dreams, success, love and everything in between.

While waiting for the next episodes, relive the heart-fluttering feels from the premiere week with this OST from Red Velvet.

Catch Start-Up on Saturdays and Sundays in tvN and in Netflix.