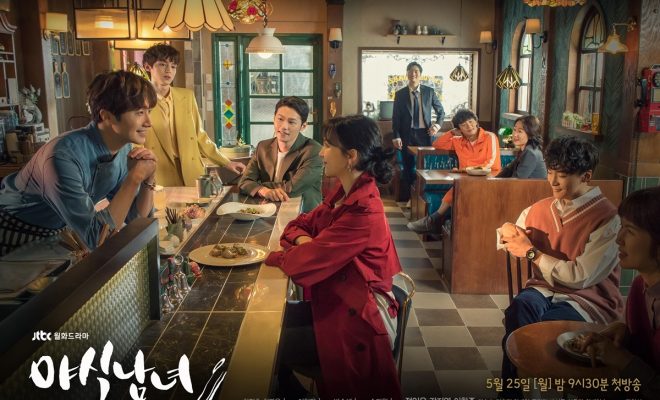 Jung Il Woo, Kang Ji Young and Lee Hak Joo are officially set to taste the good and bad sides of their characters in this newest jTBC healing romance series. 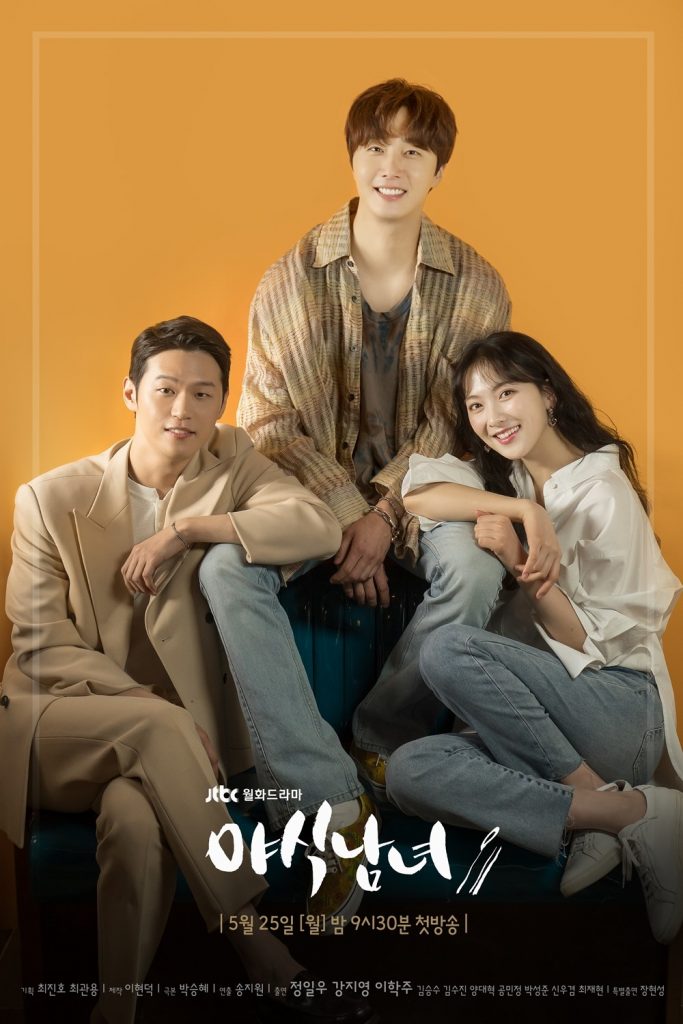 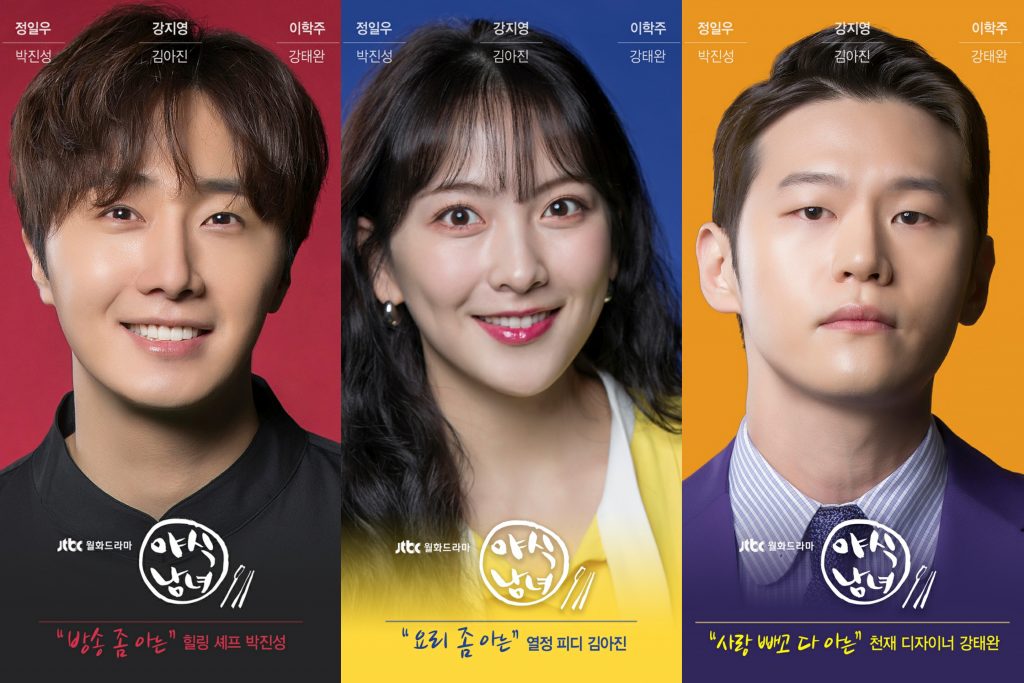 Needing a big break to secure her producing director career, Kim Ah Jin (Kang Ji Young) has mustered effort preparing for “Sweet Munchies”. The show features a homosexual chef who will offer advice while serving great food to the guest saddled by real-life problems. When the senior manager threw icy comments on Ah Jin’s proposed TV show, she challenged her boss by defending her project.

That earned her a risky deal to find a “gay chef” to host the show. If not, her job position will be on the line. As she is still a contractual employee who has yet to debut as lead PD, Ah Jin bravely claimed the bait. Pressed with time, she sets forth to find the talent for the pilot episode of her show to no avail. 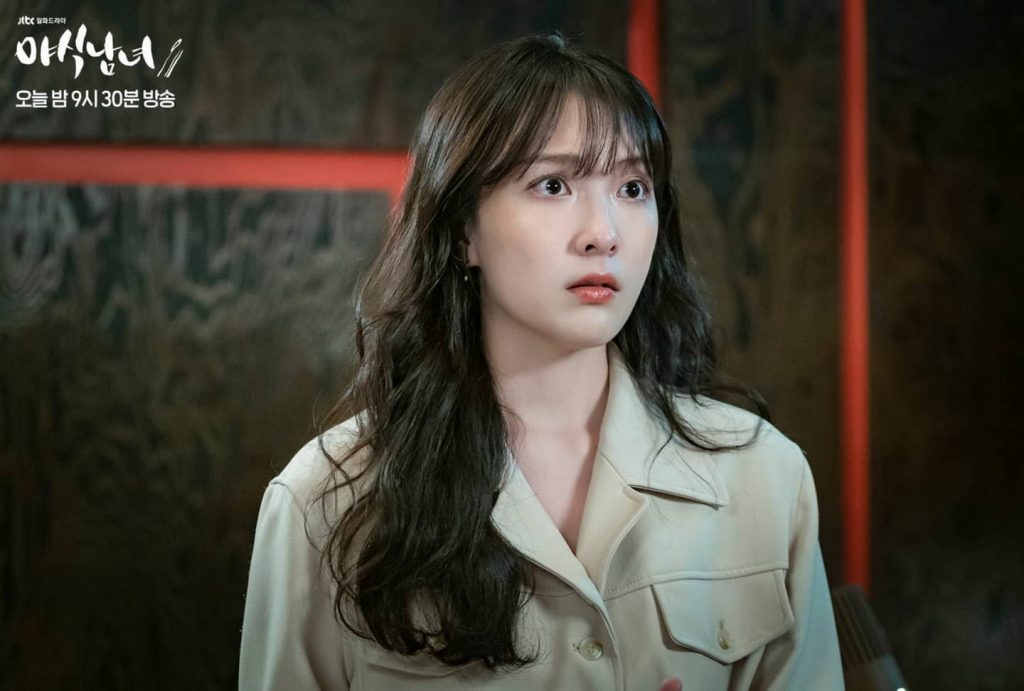 Meanwhile, Park Jin Sung (Jung Il Woo) works as a passionate chef of a small late-night bistro. He is a doting son to his father and takes care of his gay younger brother well. His smooth-sailing life crumbles when his father met a road accident. A big amount of money is needed to cover the expenses and his hyung friend leaving him with their shared business place puts him more on a dire situation.

Desperately struggling for money, Jin Sung resorts to borrowing money from loan shark and pleads the building owner to let him keep the place. Ah Jin who frequents his bistro sees him wallowing on his predicament alone. She rants about her problem and asks for his recommendation. Seeing an opportunity to get some money, Jin Sung is piqued and surmises on the proposal at night.

The next day, Ah Jin nervously waits for interested applicants to audition in the show. Luckily, one showed up but the senior manager declines casting him because of his chubby hands. With only four hours left, Ah Jin is about to go crazy, but then another chef came in to audition. Surprisingly, it was Jin Sung – and he also got the nod of Ah Jin’s boss who was impressed on his counseling skills. 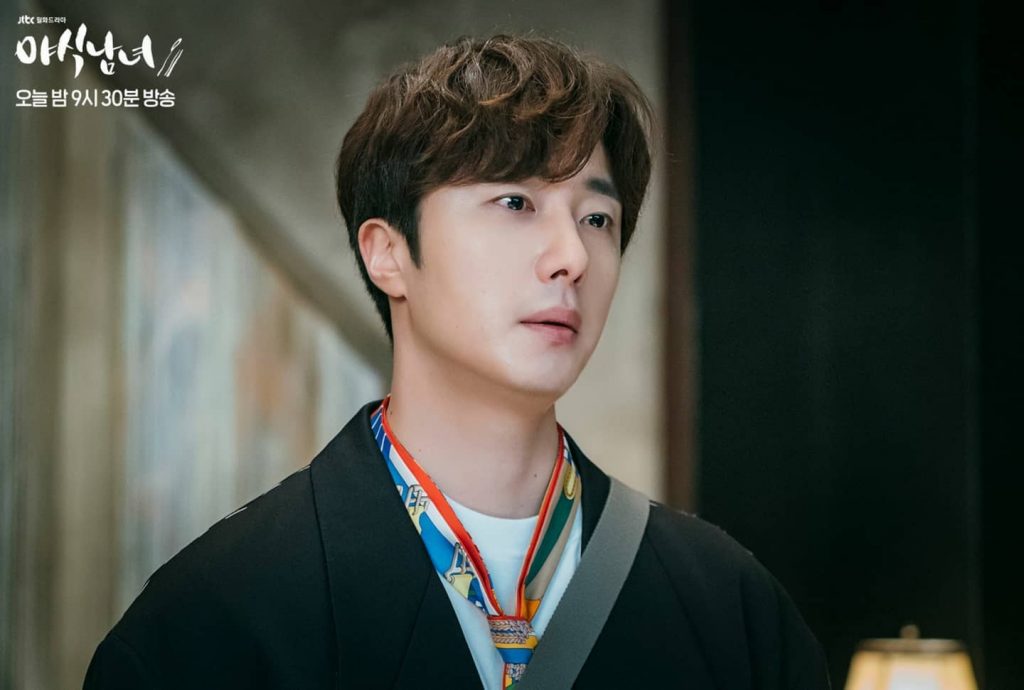 Finally feeling the approaching dream-come-true, Ah Jin moves to complete the preparations for her TV program’s pilot episode. However, she bumps on another hiccup after an altercation with the wardrobe team leader who does not want to go through Ah Jin’s idea.

Learning about the wardrobe problem, Jin Sung suggests asking the famed designer Kang Tae Hwan (Lee Hak Joo). He previously bumped with Jin Sung on his way to go to the audition. Failing to convince Tae Hwan with her words, Jin Sung give it a try and sealed the deal with Tae Hwan using the same words he received from him in their previous encounter.

Tae Hwan previously commented on his imbalanced fashion sense which Jin Sung confessed affected him. When Tae Hwan asked Jin Sung if he is not worried of him being branded as “gay” if he comes out in the show, he got a satisfying reply that sexual preference is something not to be ashamed about. 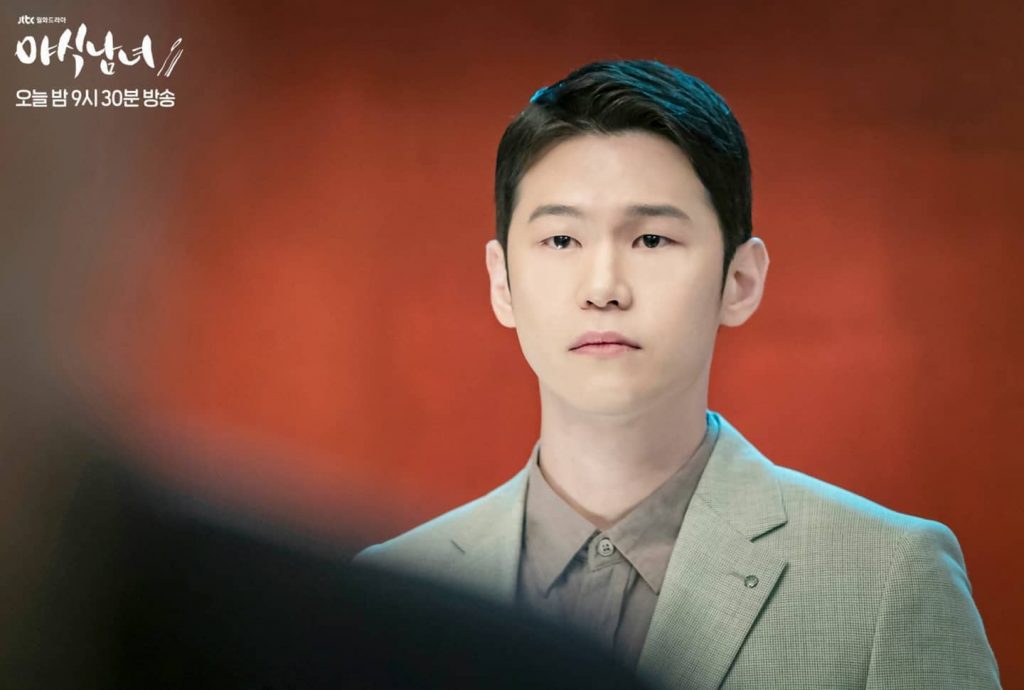 The unique love triangle in the story was hinted in the first serving of Sweet Munchies. Based on the captured dreamy moments between Jung Il Woo and Lee Hak Joo, I say it was quite enticing. Having more of it is not a bad idea. *wink

Incorporating the prejudice on homosexual people, the series’ intention to heal and inspire is on the right trajectory. There was this line from Jin Sung that was really uplifting. “I believe no one should ever be ridiculed for any reason”. It is such a strong reminder for people who strongly or inadvertently harbor uncalled-for prejudice to strive on dismissing that mentality.

Being straight and succumbing to pretending he is a homophile because of financial constraints, we know that this truth will bite back in the future for Jin Sung. Additionally, the signs that point to Tae Hwan being homosexual are also strong.

Ji Young’s thirst to prove she has more than enough for the career she chose whirls the narrative of the story. However, the preview for the next episodes suggests another heartbreaking reality to be tackled by her. 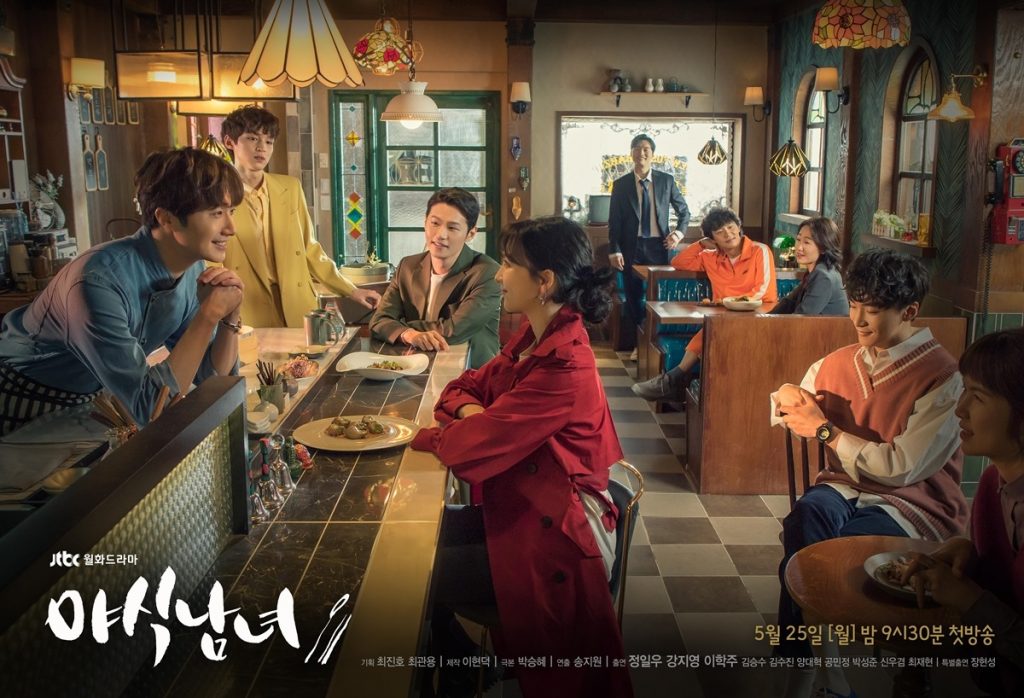 Opening to steady storytelling, as a viewer I look forward to more insightful messages that this drama promised. Whether friendship or romantic relationship bloom among the lead characters of the story, at the very least I admire the characterizations of the main actors so far.

Presenting conflicts that are realistic and require rational resolutions aligns with the idea of therapeutic K-Dramas. Something that I also look forward to seeing more in the narrative.

Sweet Munchies airs on jTBC every Monday and Tuesday at 9:30 p.m. KST.