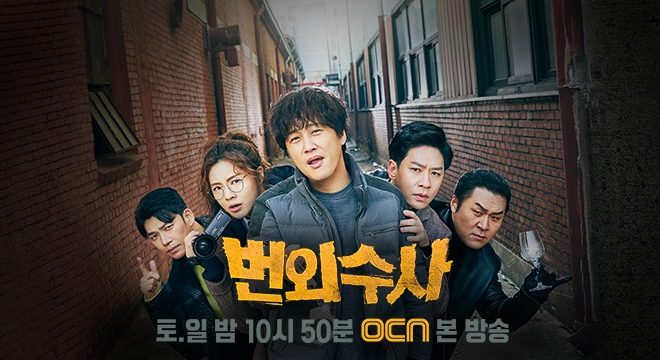 Powered by a versatile cast, the latest OCN offering distinctively introduced the characters who will move in the entertaining crime busting activities. 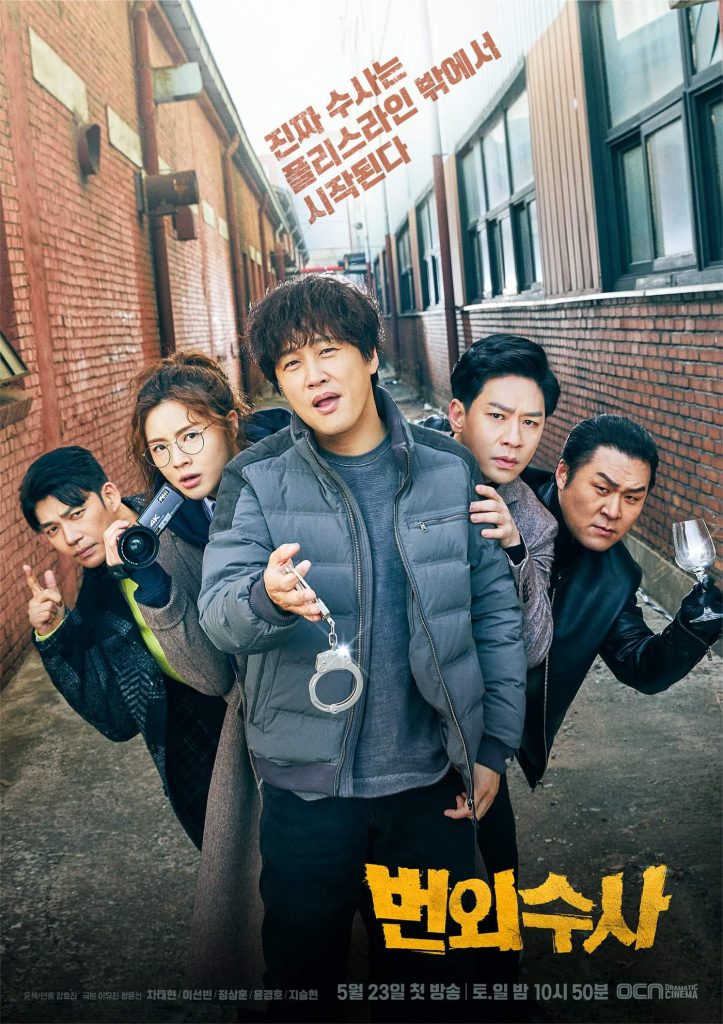 Scoring 1.9% viewership rating on its first episode, its engrossing vibe drew attention increasing the second episode to 2.4%. Narrating an inadvertent cooperation between a documentary show PD and a reckless genius detective, the series veers away from the usual serious tone of crime stories. But it piques attention through its lively and clear storytelling. 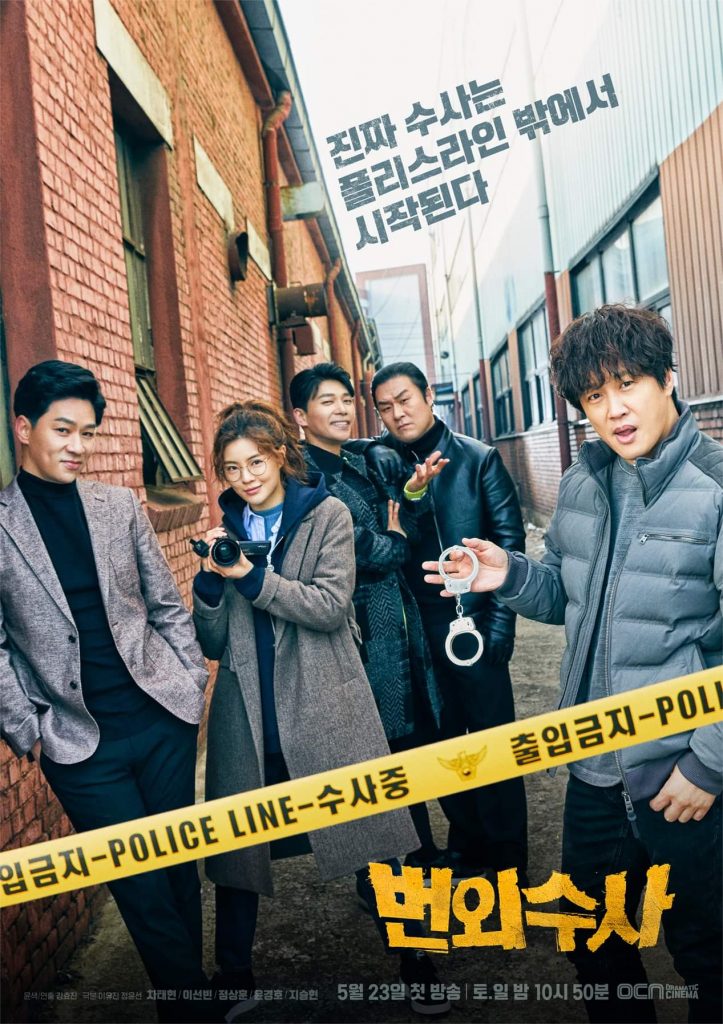 Meet Kang Moo Young (Lee Sun Bin), a passionate documentary show PD who literally goes extra mile for her program. When we say “extra mile”, she means it like going to the action itself to create her story.

In one of her risky story-weaving ploy, she stumbles on a big scoop. However, it also involves a big gang. Unfortunately, her back up person, private-investigator-former-profiler Tak Won (Ji Seung Hyun) does not help at all in her venture. 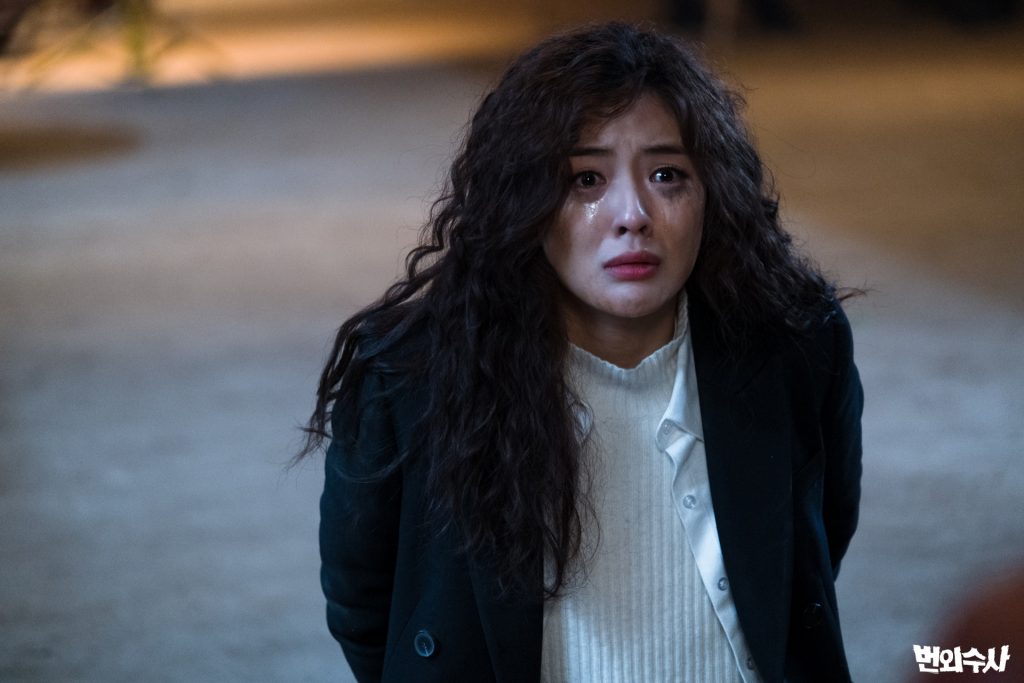 Just when they are about to be buried alive, Detective Jin Kang Ho (Cha Tae Hyun) stops the ruckus by fighting off the baddies. His reinforcements are far reliable than what Moo Young has and they easily subdue the gang members.

Bargaining to let her air the case first, Kang Ho agrees to Moo Young during the probing. But, on the day when her show was about to launch, the police beat them to it. Put on an edge, Moo Young offers a 4% rating score in a month’s time to salvage the fate of her documentary program. 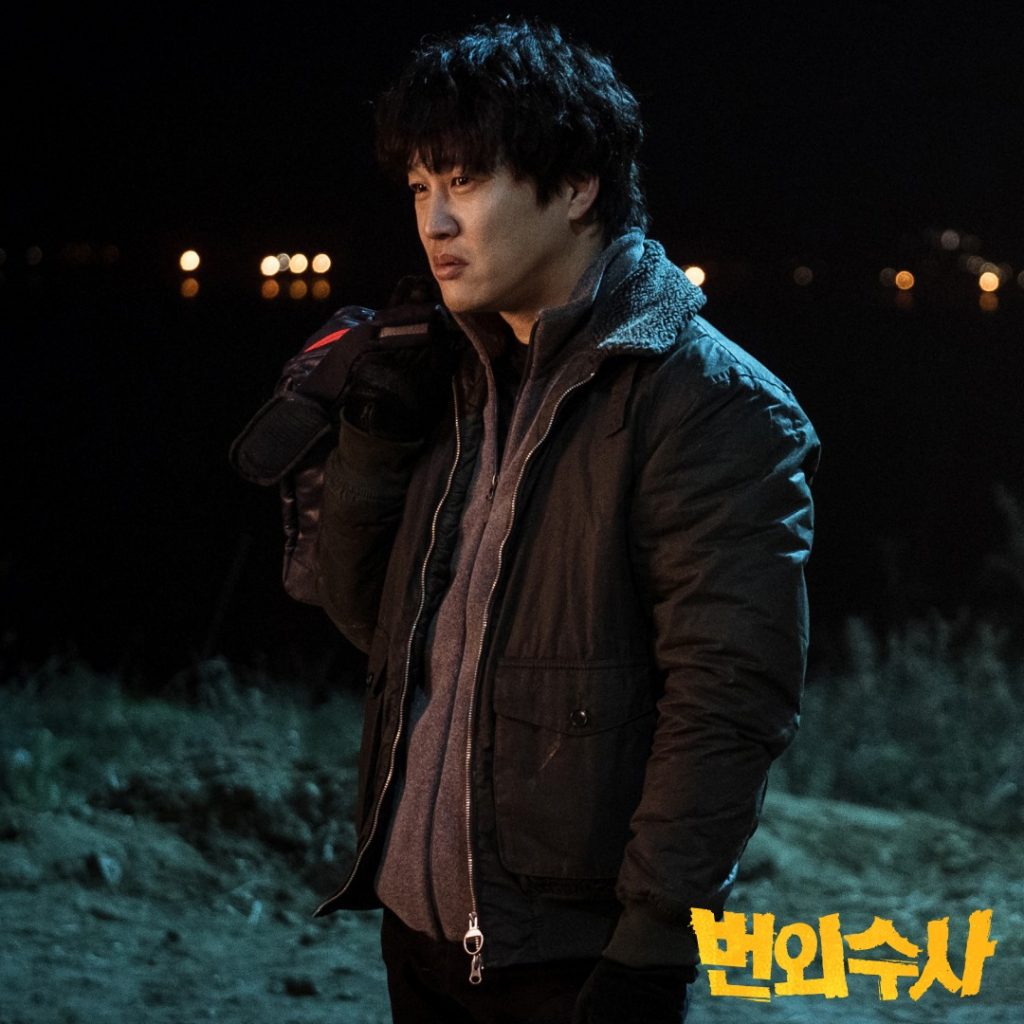 Desperate to survive her predicament, she chooses a famed cold case which leads her to a quack doctor, protected by a gang. At the same time, Kang Ho starts working on a case with the same MO as the cold case being trailed by Moo Young.

As the world appears small for both of them, they race to capture the same person who leads them to a formidable culprit – a CEO of a pharmaceutical company.

Unfazed on his opponent’s power, Kang Ho invites the CEO for questioning. However the purportedly similar unidentified fingerprints from the two cases do not match the contemptuous CEO. 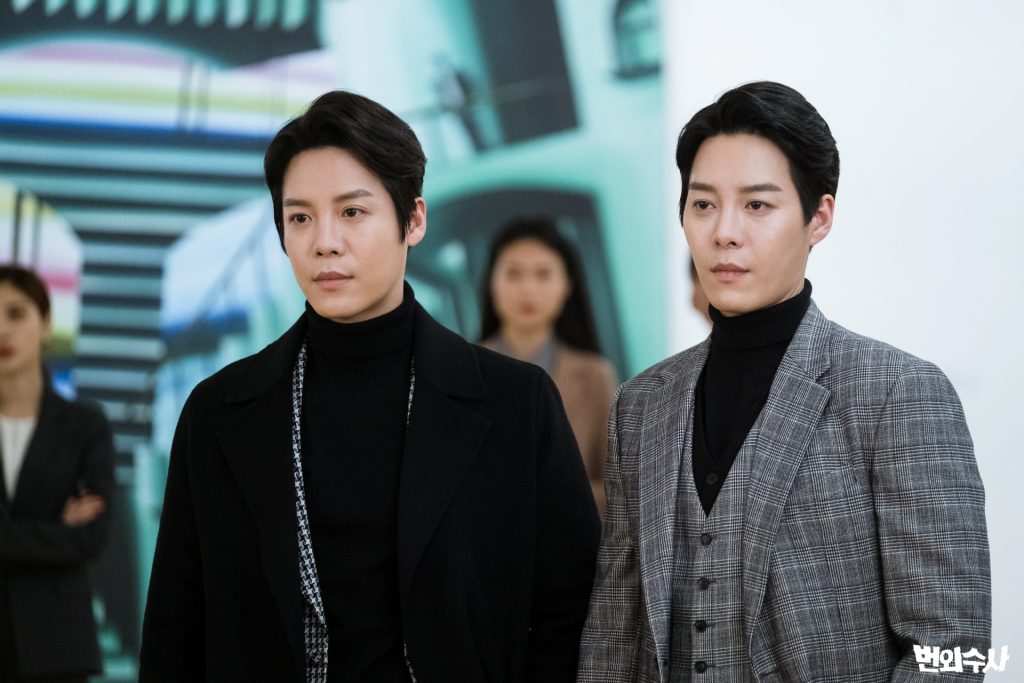 Kang Ho and Moo Young mutually feel something is still suspicious about the CEO. It leads them to probe further ultimately unearthing that the CEO has a twin brother who is a renowned painter.

Profiler Tak Won’s deduction of the murderer through the help of mortician Lee Ban Suk’s clue that the culprit is left-handed helped in their investigation. Additionally, Kang Ho’s junior’s discovery of the CEO’s family registry create a lead to how the twins switched their identities. Both use the same fingerprints of the older brother CEO. 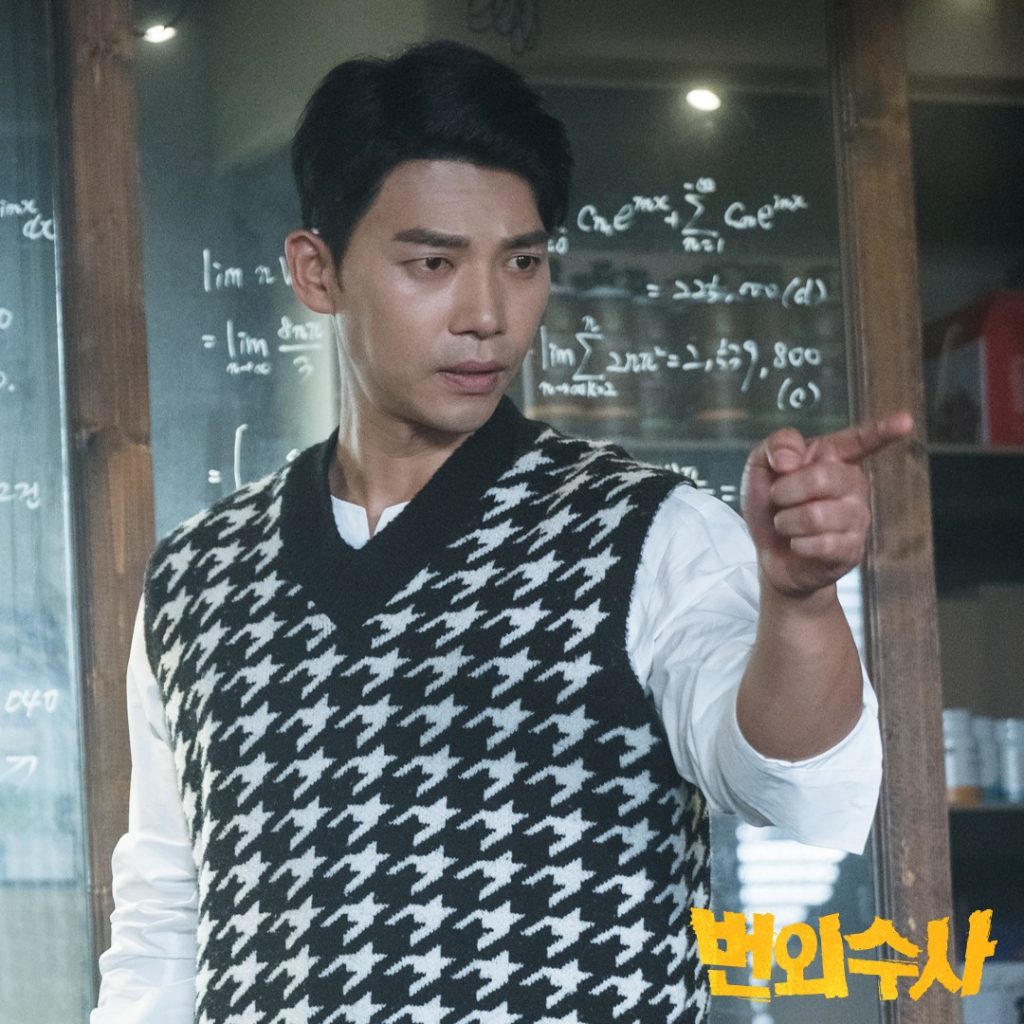 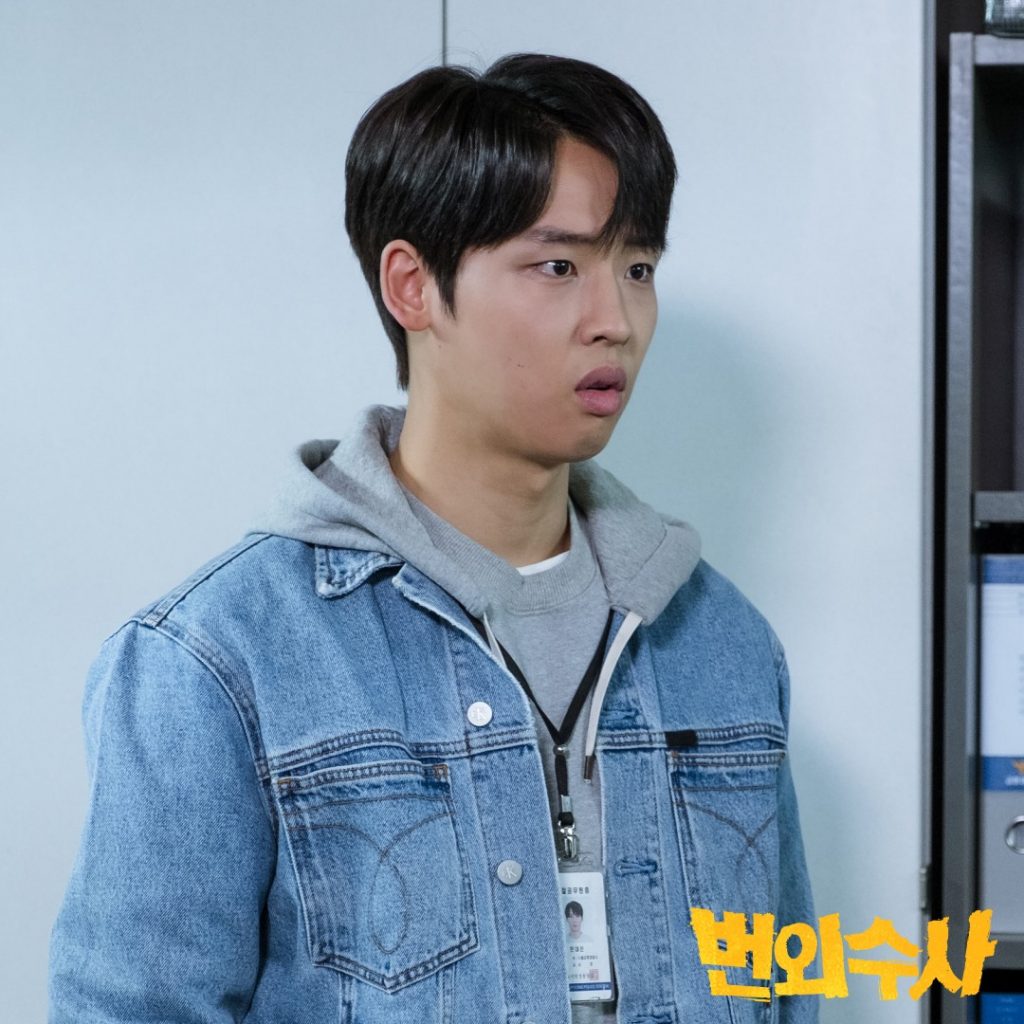 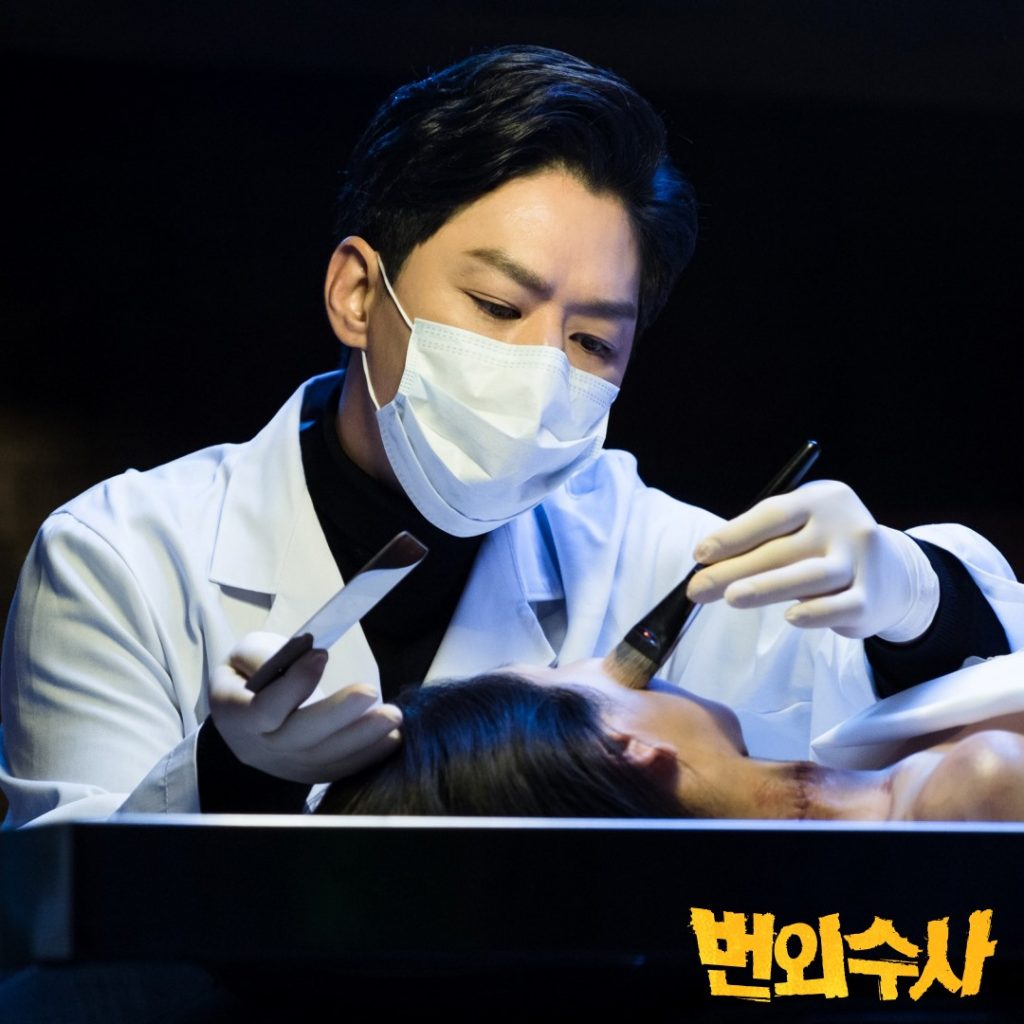 Confident that he can outsmart the police, the affluent psycho painter relents to be investigated for 48 hours flaunting his damaged fingerprints caused by his recent work for his exhibit.

Patiently waiting for 48 hours, a viable match is seemingly impossible to achieve. At the last minute though, the prints finally match baffling the psychopath painter. Kang Ho explains that damaged fingerprints recuperate within 48 hours. Thus, the test secures a concrete evidence to lock him up in jail. 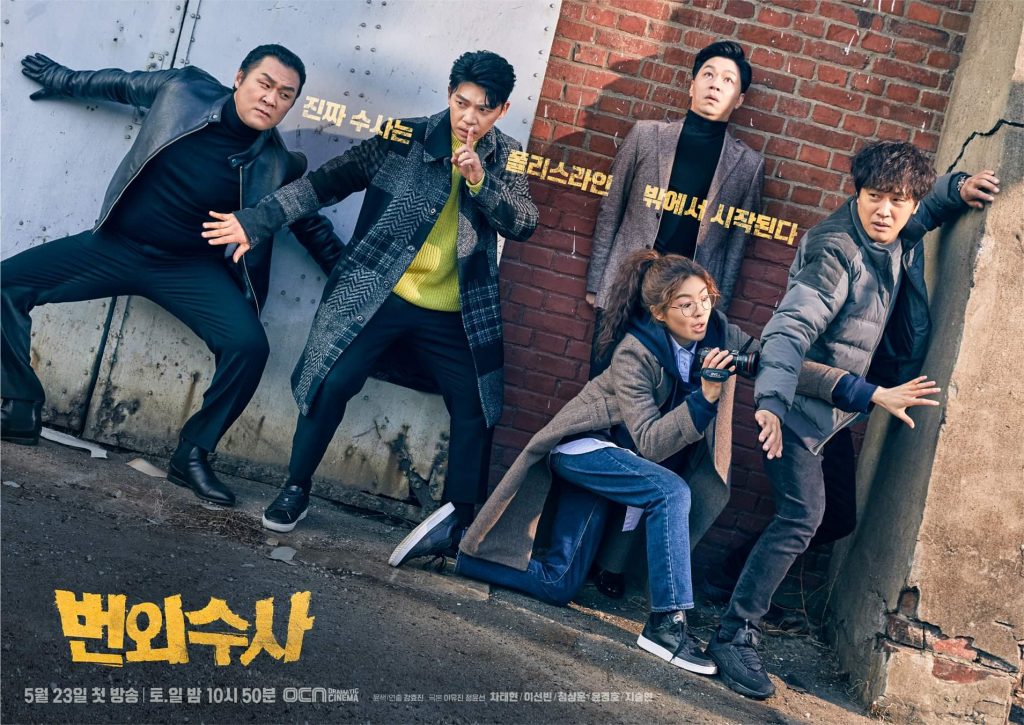 Cleverly-written, the premiere week of Team Bulldog: Off-Duty Investigation featured crime modern investigation processes and techniques that left me in awe. It was deftly detailed improving the usual challenges presented in crime-themed dramas.

Apart from that, the humor and chirpy cast make the series an engaging spectacle. Something that does not fit in the category of usual crime/action series which takes the gritty route. It does not mean though that Team Bulldog lacks the dauntless attitude. But the serving layered in fun colors of the characters easily reels in the viewers.

Running for 12 episodes, OCN’s newest cinematic project is by far the most family-friendly series. The unfolding of the crime scenarios is strikingly refined, but easy to comprehend due to how the characters deliver the narrative movement efficiently.