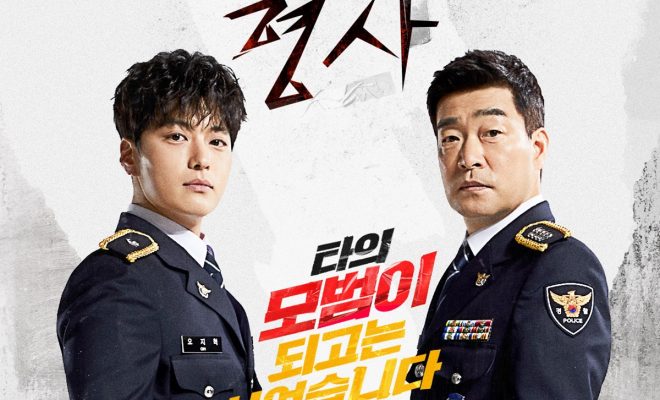 Son Hyun Joo and Jang Seung Jo suit up for an interesting police tandem in The Good Detective!

Presenting a crime story groundwork involving the police, the prosecution and the journalists; The Good Detective incites curiosity to unearth its first highlighted case. 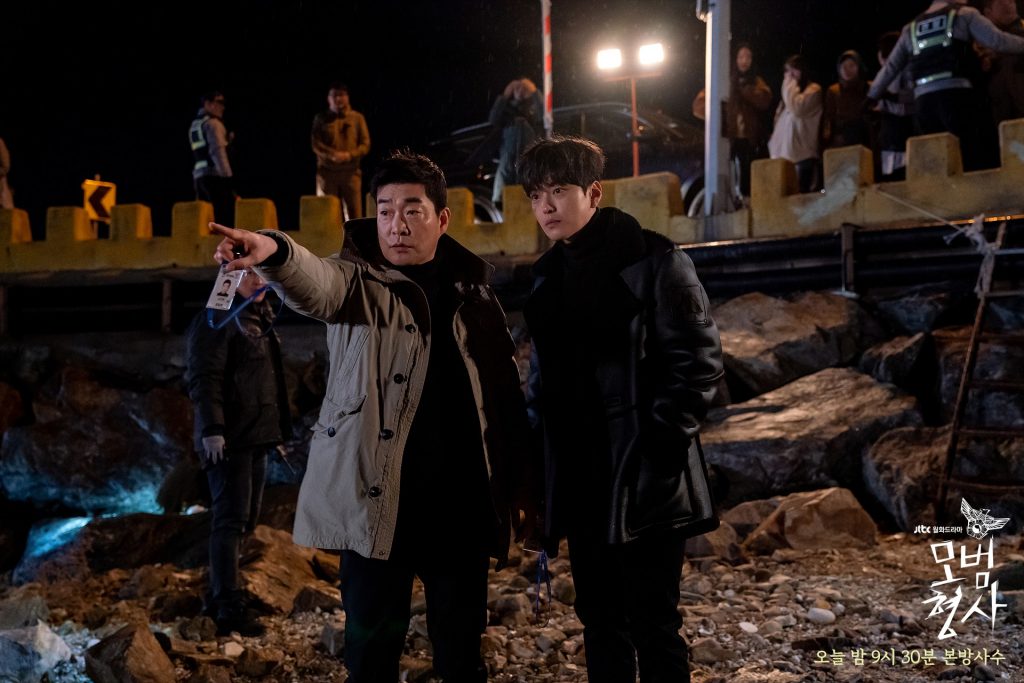 jTBC’s new drama marks a quiet premiere by laying down a big-pictured conflict involving prisoners with presumed incorrigible crimes sentenced to be executed.

The case 5 years ago

Chaos ensues in Violent Crimes Unit 2 of Seobu Police Station when a man named Park Gun Ho walks in to claim murdering and burying an innocent. The situation does not help 18-year old detective, Kang Do Chang (Son Hyun Joo), who’s working on a long due promotion.

Teaming up with a new member of the team Oh Ji Hyuk (Jang Seung Jo) is also going against his promotion plan. Ji Hyuk has received a missing person report of Lee Eun Hye, daughter of convicted murderer Lee Dae Chul, whom Seung Jo arrested and put in jail five years ago.

With the news of impending prisoners on death row roster underway for execution, Jin Seo Gyung (Lee Elijah) was tasked to interview the victims’ family members for an article. However, her thoughts in the article totally swerve to what she initially wrote when it was published.

Her mood keeps getting conflicted when she was asked to meet a former chief prosecutor she put on jail. She was told that Lee Dae Chul is innocent and is a victim of manipulation from the police, the prosecution and the media.

Do Chang and Ji Hyuk both realize that Eun Hye is alive and there’s a connection between Gun Ho and Eun Hye. So, they set forth to find her through Gun Ho’s credit card. Meanwhile, at the police station, a journalist sniffs on a scoop and luckily bumps on Gun Ho, who led them to the case the police has been trying to subdue.

Just as the prosecution’s office drag Gun Ho to be investigated, he takes the opportunity to speak with the journalist about Lee Dae Chul being innocent. Eun Hye stops him for the futile cause he is doing and threatens the gossip greedy reporters that she will bite her tongue if they keep pestering her.

At night, Do Chang receives a video file bearing a concrete alibi that Lee Dae Chul is not on the crime scene five years ago. 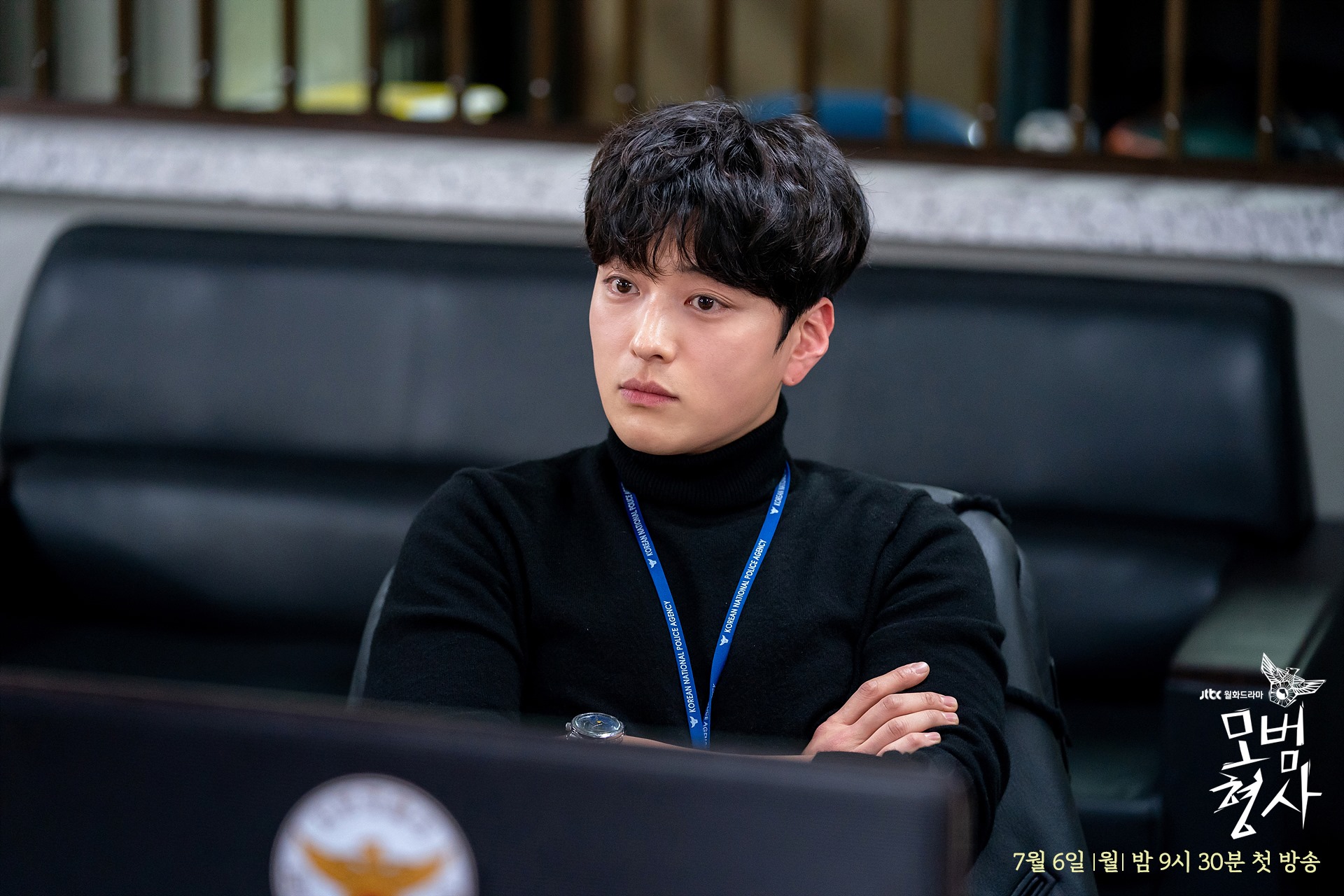 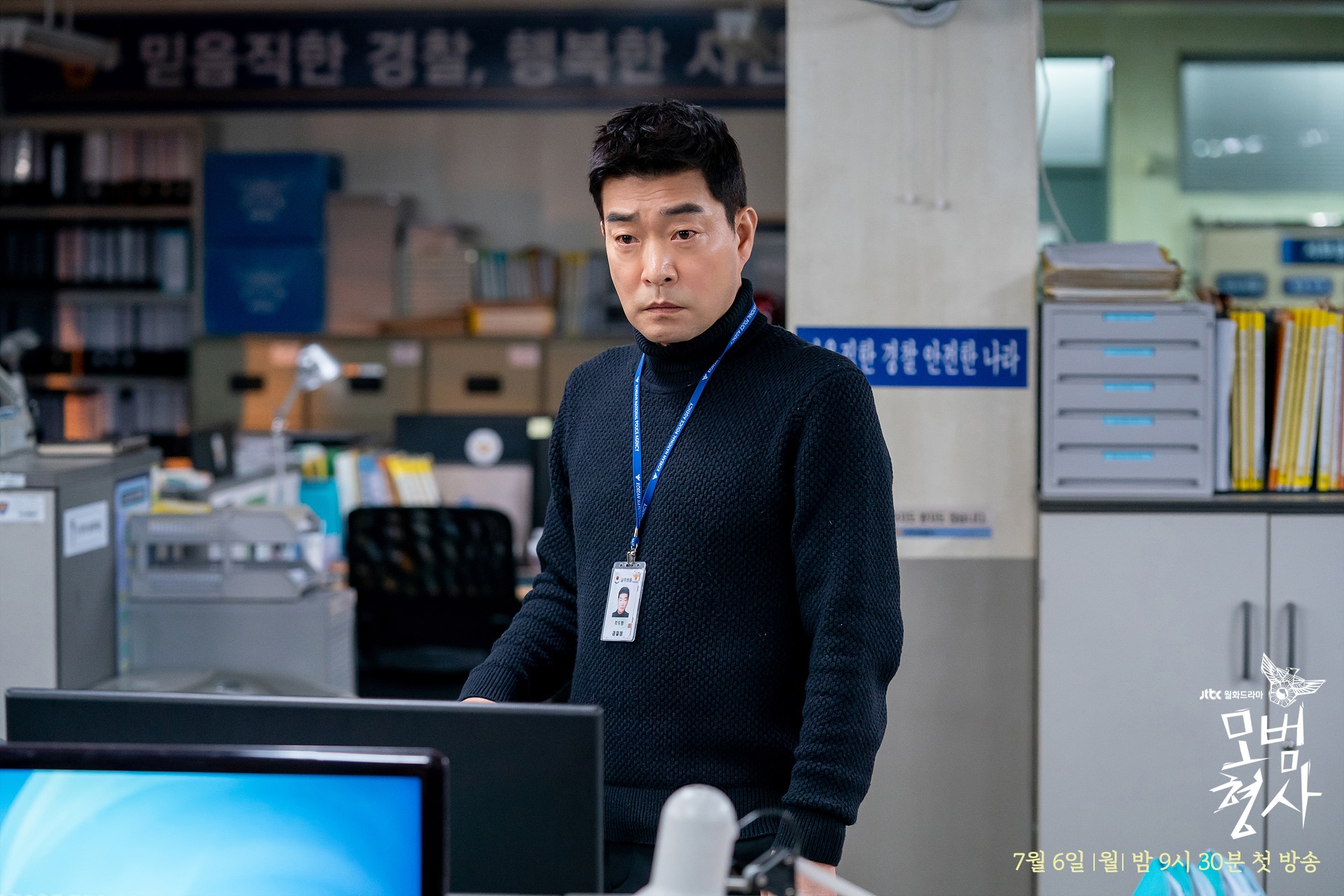 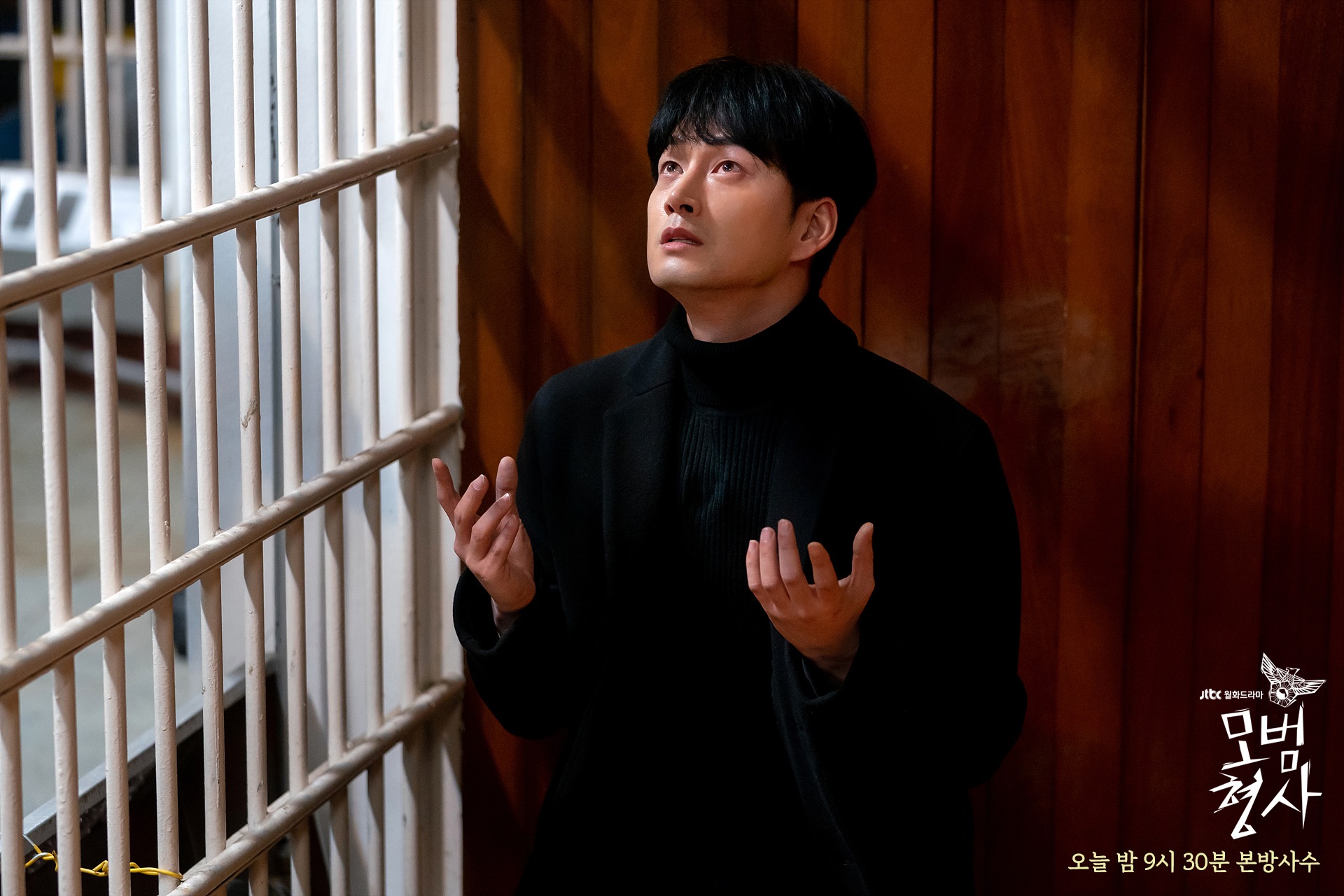 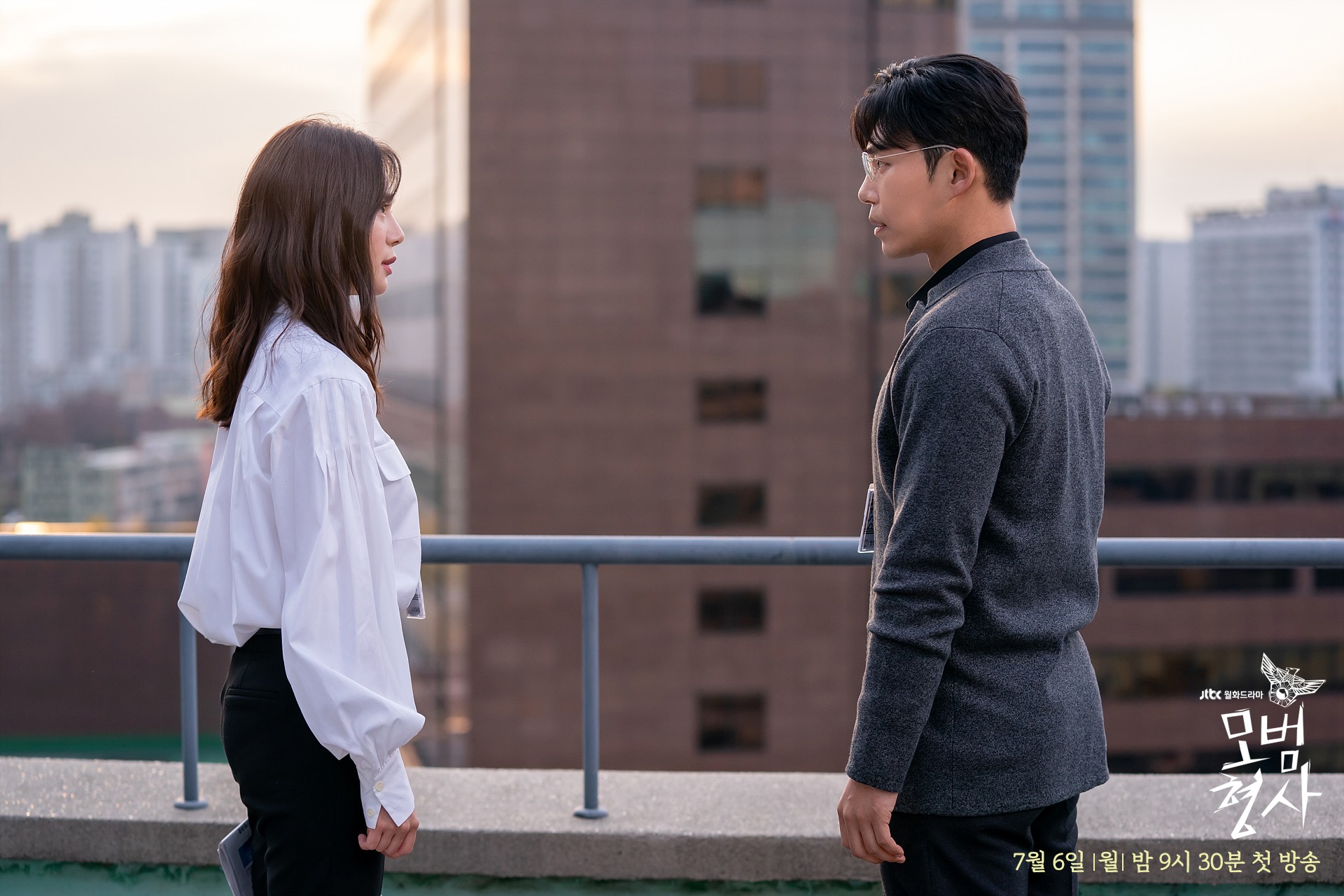 Instead of chasing the culprit, The Good Detective opens with an amusing scenario of the culprit turning him in casually. That’s why I was hooked from the onset. Additionally, the focus on the Lee Dae Chul case which apparently could become a pandora’s box especially to Do Chang’s colleagues who worked with him before, grips the attention to how far the conspiracy extended to conceal the truth about it.

However, The Good Detective kicks off with quite a disorder. I was expecting the presented case will be resolved in its premiere week, but all I got is a long introduction of the main players in the series. I am not sure if the mentioned death row jailbirds’s cases would be tackled one by one in the series either.

All that has been hinted so far is the cover up of the police, prosecution and media in a quite famous murder case which was pinned to an innocent father.

The good news is…

I am trusting Son Hyun Joo and I am quite engrossed with his interaction with Jang Seung Jo. Despite an abysmal story launch and the long list of character introductions, there’s a room for the story to grow. Thus, a reason not to give up on the series..

Who sent the video file? Why is Ji Hyuk serving as a police when he is rich? What role will Seo Gyung play in the unfinished case that needs to be solved?

A lot of questions have been raised and without proper closure this week, it would really compel anyone to tune in next week.

Naturally, it was a bland opening for The Good Detective. On a bright side, it will run 14 more episodes to make up for its wobbly start.

The Good Detective airs on jTBC every Monday and Tuesday. The series is available on Viu.

FacebookTwitter
SubscribeGoogleWhatsappPinterestDiggRedditStumbleuponVkWeiboPocketTumblrMailMeneameOdnoklassniki
Hellokpop, as an independent Korean entertainment news website (without influence from any agency or corporation), we need your support! If you have enjoyed our work, consider to support us with a one-time or recurring donation from as low as US$5 to keep our site going! Donate securely below via Stripe, Paypal, Apple Pay or Google Wallet.
Related Itemsjang seung joson hyun jooThe Good DetectiveThe Good Detective Ep 1The Good Detective Ep 2The Good Detective Episode 1
← Previous Story K-Drama Review: “Kkondae Intern” Gives A Comical Overview On The Challenges Faced In A Workplace
Next Story → Apink’s Eunji Is Charmingly Gorgeous In Minimal Teasers For “Simple” Comeback