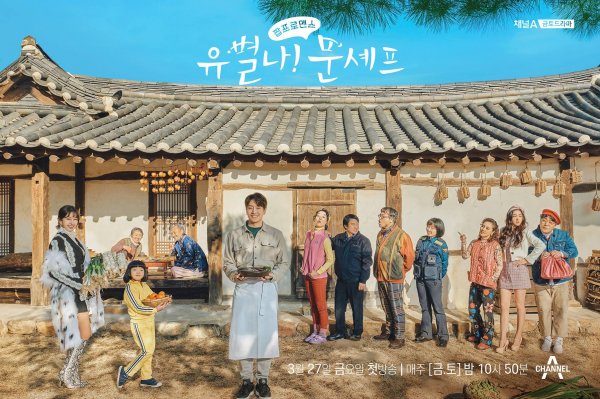 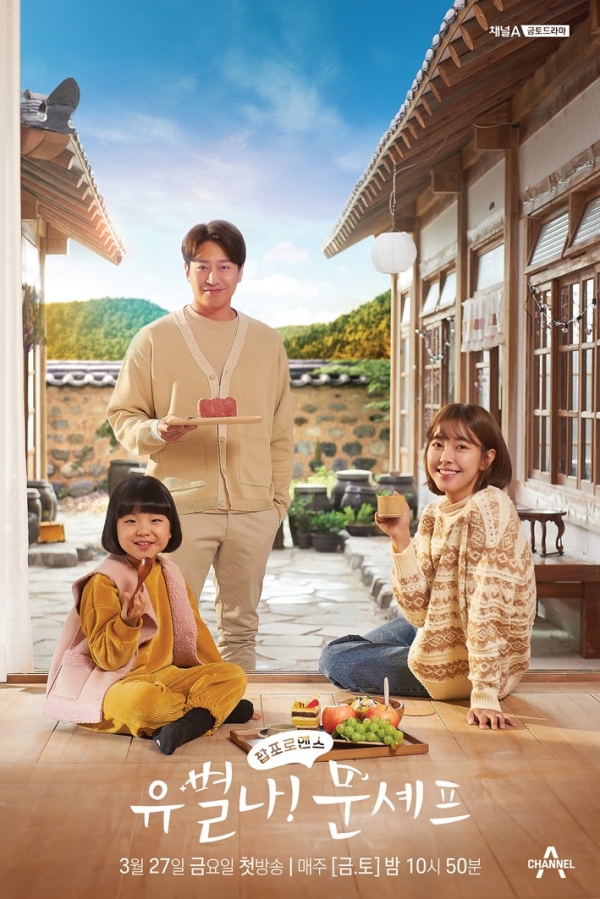 Top designer Bella (Go Won Hee) is known for her unparalleled skills and being elusive. As a sought-after fashion designer, she strangely evades public exposure and is known to have not been revealing her face even after her shows.

Meanwhile, Moon Seung Mo (Eric Mun) piles up awards as a celebrated chef. Often visiting places all over the world, he stay grounded and knows his parents as his primary treasures.

Before going out of the country, he paid a visit to his parents’ restaurant. Indulging to their usual complaint of him settling down, they got the surprise of their lives when 7-year old girl, Seol Ah, approached them declaring that she is Seung Mo’s child. The instant-daddy news did not stop Seung Mo though in going on his scheduled overseas project.

When Seung Mo goes to Australia for business, he bumps on Bella who was also there for an upcoming fashion show. Misled by the context of the phone call she heard, she mistook Seung Mo doing atrocious things. His luggage that got loose of his hold eventually hit a hard bump revealing knives, packs of powder and dried leaves. The picture support Bella’s inference causing her to make a police report.

In the brink of being arrested, Bella fainted. Thus, Seung Mo, who was approached by police officers, rush to send her to the hospital. Seung Mo’s friend also then clarified the misunderstanding. After learning from the nurse that Bella is malnourished, Seung Mo prepared a porridge for her.

When Bella woke up and everything that happened sinks in, she rushes to leave disregarding the food prepared for her. But then, she gravitates to take a bite and surprisingly likes it.

Taking the note left by Seung Mo, she rushes to the venue of the fashion show. As expected, her collaboration project turns successful. Won over by the porridge she tasted a while ago, Bella and her manager-mentor visit the place where Seung Mo works as a chef. However, they missed him since he rushed back to Korea because of a sad news.

Seung Mo’s parents died because of a fire from a faulty wiring in the building. Previously, his parents called for help to fix it not knowing that someone has been intending to cause the old building to be taken down. When his father rushes to save the onggi jars bearing the family’s prized age-old sauce, his wife followed and both of them perished.

Nursing his broken heart for the loss, Seung Mo moves to the house his parents bought for retirement with his best friend and Seol Ah. Arguing with his friend about his plans for Seol Ah, the latter overheard her presumed father’s firm denial of including her to his life. She heads to the mountains with a heavy heart.

Upon learning Seol Ah is missing, Seung Mo and his friend hurry to look for her. Learning about dangerous bears attacking the locals, they panic to find the girl. Fortunately, Seung Mo spots the crying girl, who got surprised with a wounded woman walking towards them. 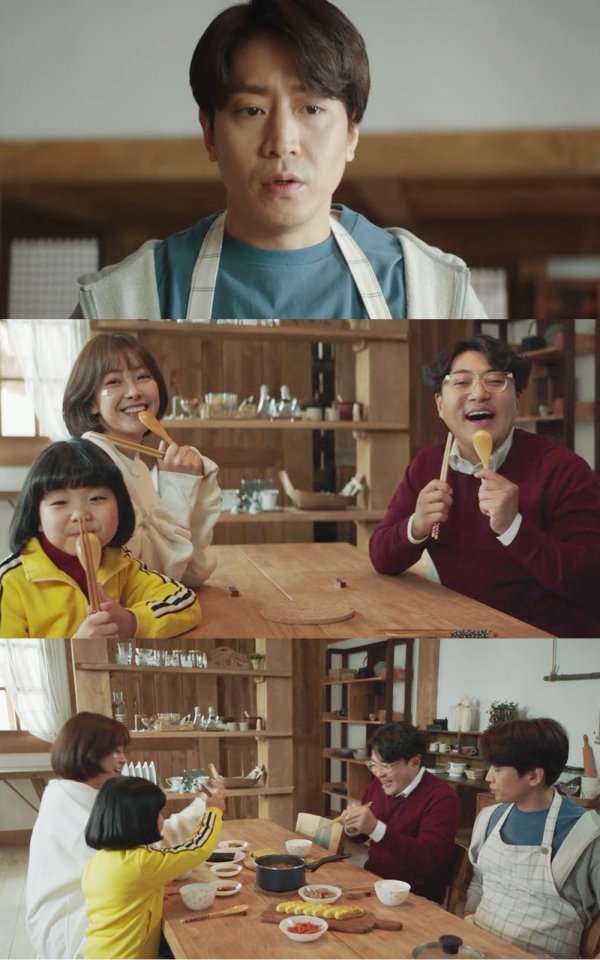 The wounded woman turns out to be Bella (Yoo Yoo Jin), who went home to Korea to settle problems about her mother’s grave. She meets Director Im Chul Yong (Ahn Nae Sang) to strike a deal, but the latter wants her to sign a collaboration with them. Bella refuses the offer and opts to fight with legal means.

Director Im’s daughter, Hyuna (Cha Jung Won), rushes to meet Bella, with whom she is obsessed with. Unfortunately, their verbal spat led to a roadside accident. Taking control of her daughter’s accident, Director Im orders his men to clean the incident.

Seung Mo was also flustered at the sight of the fainted woman on the ground. He brings her home and consults the neighborhood leaders and police of what to do with her. Later, when Bella woke up, it was revealed that she lost her memory.

Without not much options, Seung Mo ended up taking care of her as he recognized her to be the woman he met in Australia.

Meanwhile, Bella is found by Director Im’s hired men. At the same time, the evil director orchestrates an evil plan, taking advantage of Bella’s absence, by using his own daughter.

It does not hook right away, but it is a safe bet with Eric Mun and Go Won Hee on board and on fleek with their delightful characters.

I signed up for Eric Mun’s chef frames and a taste of it was given. Ergo, I look forward to more scenes in the coming episodes. Also, based on his drama records, the results have been highly-successful.

It also appears that the main love pairing are up to have a showdown with Ahn Nae Sang’s villain character. I have expectations as to how the fashion and food industry will merge in the story. 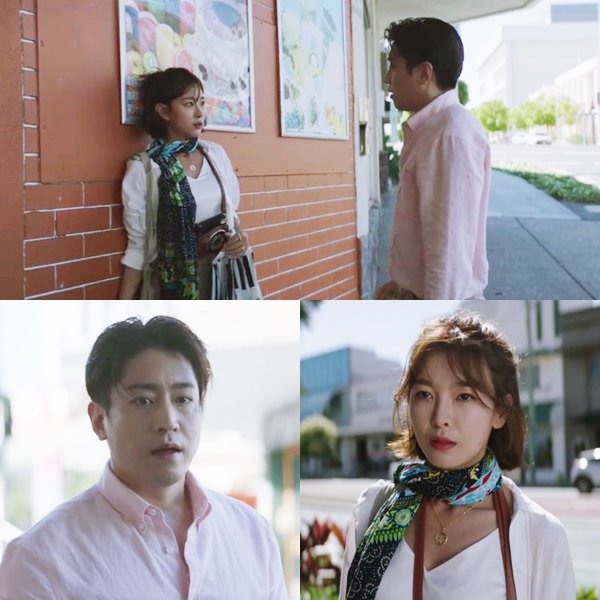 Most likely, the plot setting will move to Donghan International and its subsidiary food company. We also expect to unearth Bella’s painful past and be charmed on her transformation from being chic fashion designer to cheeky amnesiac pauper who will pester top chef Seung Mo.

Additionally, whether Seol Ah is really Seung Mo’s daughter is something to anticipate for in the series.

Yoobyeolna Chef Moon airs on channel A every Friday and Saturday.

Hellokpop, as an independent Korean entertainment news website (without influence from any agency or corporation), we need your support! If you have enjoyed our work, consider to support us with a one-time or recurring donation from as low as US$5 to keep our site going! Donate securely below via Stripe, Paypal, Apple Pay or Google Wallet.
FacebookTwitter
SubscribeGoogleWhatsappPinterestDiggRedditStumbleuponVkWeiboPocketTumblrMailMeneameOdnoklassniki
Related Items2020 Korean DramasEccentric Chef MoonEric Mungo won heerecapYoobyeolna! Chef Moon유별나! 문셰프
← Previous Story Super Junior’s Choi Si Won Joins MBC’s Drama Project Series “SF8”
Next Story → TWICE And Park So Dam Shine Bright On The “Forbes 30 Under 30 Asia” List