K-Drama Sneak Peek: “Woman Of 9.9 Billion” Delves On A Woman’s Fight For Her Happiness

Woman Of 9.9 Billion piques curiosity as it unveils a thrilling journey about a woman who must withstand her challenges

The upcoming KBS drama, Woman Of 9.9 Billion has been generating a lot of interest since it was revealed that award-winning actress Cho Yeo Jeong will take on the role of the main protagonist. This is Cho Yeong Jeong’s follow-up project after her appearance in the highly acclaimed and award winning movie, Parasite.

Woman Of 9.9 Billion narrates the story of a woman who accidentally earns a huge fortune. The drama highlights how the greed for money influences the actions of human beings. 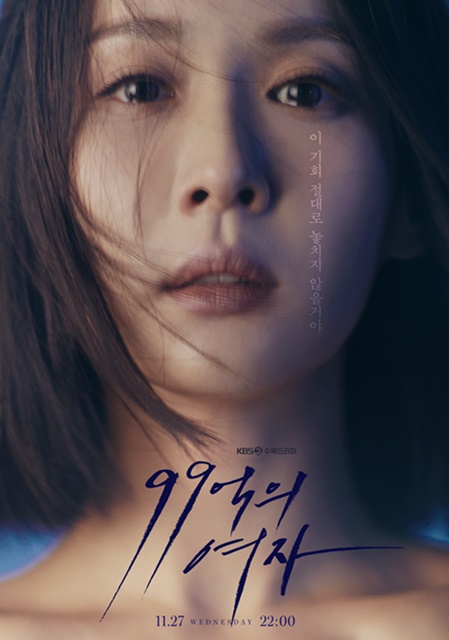 Suffering from her father’s violence Jung Seo Yeon (Cho Yeo Jeong) lives a pitiful life until one day when out of the blue she earns a fortune of 9.9 billion won. Along with the money, came various set of challenges as Seo Yeon is surrounded by several greedy people who are looking at their chances to harm her.

Now, she must muster all her strength in protecting herself and her money. Feeling the desperate need to attain happiness, Seo Yeon attempts to make full use of the only chance that life has given her. 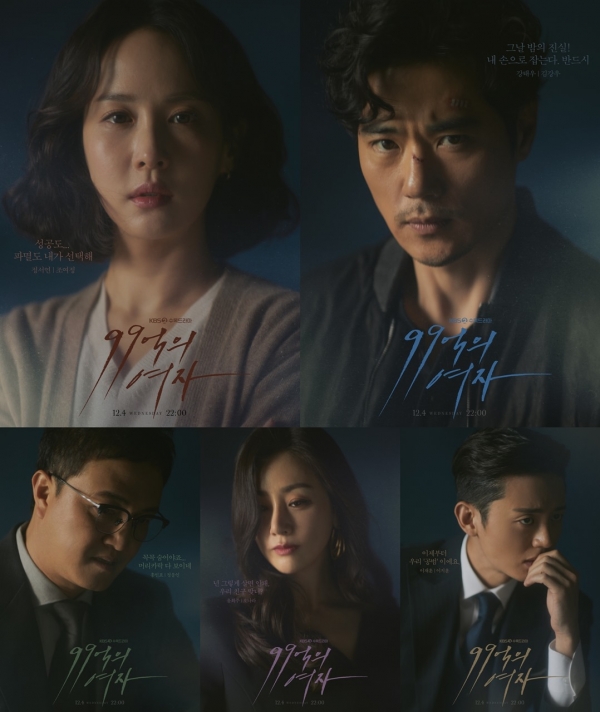 Donning the persona of the titular character Jung Seo Yeon is Cho Yeo Jeong. The actress intends to capture the different facets of emotions through this role. Having been put through various trials in her life, Seo Yeon progresses to become a stronger person. In order to secure the only chance that life has given her, she puts up a battle against the obstacles.

Cho reunites with Kim Kang Woo after seven years since appearing together in drama, Haeundae Lovers. He takes on the role of Kang Tae Woo, an ex-detective who is attempting to uncover the truth behind the death of his younger sibling.

Jung Woong In plays Hong In Pyo who is Seo Yeon’s husband, the main antagonist in her life. Portraying the role of  Yoon Hee Joo is Oh Na Ra. Though Yoon Hee Joo looks like a person with a warm heart, she is cold and distant. In addition, Lee Ji Hoon portrays Lee Jae Hoon, Hee Joo’s husband. 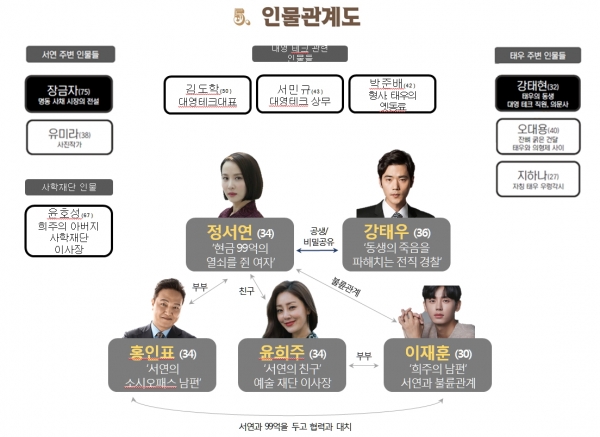 The drama is written by Han Ji Hoon who has worked on Time Between Dog and Wolf,  Temptation and White Nights. While the director is Kim Young Jo who has directed Jang Youngsil: The Greatest Scientist of Joseon and My Fair Lady.

Woman of 9.9 Billion premieres on December 4 va KBS2 TV at 10 p.m. KST. It will air every Wednesday and Thursday replacing When The Camellia Blooms.