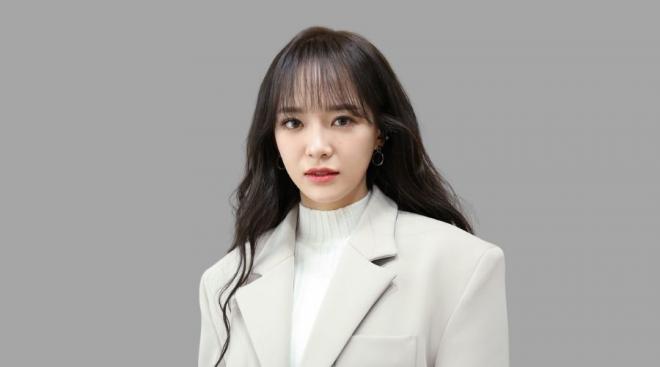 K-Dramaland Girl Crush: Kim Se Jeong And How She Deserves Her Current “It Girl” Status

Whether she’s singing on stage, acting on screen, or just being her bright self, Kim Se Jeong is having a moment.

Since her second-place finish on MNet’s survival show Produce 101, Kim Se Jeong has been making viewers swoon with her irresistible charms. She is the definition of versatility, making viewers chant “hwaiting” along with her across her dramas and raking up accolades as a singer and brand ambassador. To celebrate Kim Se Jeong’s current “It Girl” status, let’s look back on her journey in this special feature.

Kim Se Jeong first captured our hearts on MNet’s survival show Produce 101, where young hopefuls competed for the chance to debut in an MNet project girl group. Throughout the show, Se Jeong ranked first place earning her the nickname “God Sejeong.” She would go on to finish as the first runner-up on the program, successfully becoming a member of the girl group I.O.I.

Following the success of her time on Produce 101, Se Jeong quickly established herself as the “ace” of variety shows for her adorable charms and humorous antics. She went on to host the KBS show Talents for Sale, joined the reality-documentary show Law of the Jungle in Sumatra, and the reality program Boat Horn Clenched Fists.  She wowed audiences and peers alike with her bubbly personality, charisma, and disarming visuals.

Kim Se Jeong’s first major acting role was in the teen drama, School 2017. She starred as Ra Eun Ho, an optimistic and kind-hearted eighteen-year-old high school student, who dreams of being a webtoon artist when she is mistakenly accused of being the legendary troublemaker known as “Student X.” Not only did Se Jeong sing the soundtrack for the series with her group Gugudan, she also won “Best New Actress” at the 31st KBS Drama Awards for her performance in the drama.

Following the success of the series, Kim Se Jeong was announced as a fixed cast member of Netflix’s first Korean variety show Busted! with variety show greats Yoo Jae-Suk, Kim Jong-Min, and Lee Kwang-soo to name a few. As if that wasn’t enough, she was announced as a permanent MC for OnStyle’s Get It Beauty alongside Honey Lee and Sandara Park to cap off a successful 2017.

Furthering her title as an “ace” in variety shows, Kim Se Jeong was cast as a member of the Mars Desert Research Station (MDRS) team led by Kim Byung-man. Together with actress Ha Ji-won and 2pm’s Nickhun, the team flew to the MDRS station in the U.S. to film tvN’s sci-fi variety program Galileo: Awakened Universe, becoming the first Korean entertainment crew in the station.

Coming off a hot 2018, Se Jeong went on to tackle her second leading lady role as Hong Yi-young in I Wanna Hear Your Song. As a timpanist who suffers from insomnia, she can only fall asleep if she listens to a tone-deaf person sing. She would go on to win “K-Drama Hallyu Star” at the 2019 KBS Drama Awards for the role.

In 2020, Kim Se Jeong made her musical debut as the female lead in Return: The Promise of the Day. The musical follows the lives of army servicemen and women excavating the remains of the heroic soldiers who sacrificed themselves to protect their country during the Korean War.

Later that year, Kim Se Jeong starred in the fantasy thriller drama The Uncanny Counter alongside Jo Byung-gyu, Yoo Jun-sang, and Yeom Hye-ran. Se Jeong plays portrays Do Ha Na, the sole survivor of a poisoning accident. Now possessed by partner spirit, Woo-Sik she is a paranormal hunter searching for evil spirits and sending them back to hell. The drama is still OCN’s highest watched series, with a second season expected to drop later this year.

Coming off the popularity of The Uncanny Counter Kim Se Jeong played Shin Ha Ri in the 2022 webtoon-based K-drama, A Business Proposal. The drama follows Ha Ri as she accepts the offer to replace her friend Jin Young-seo (Seol In-ah) on a blind date. As luck would have it the male suitor turns out to be her boss Kang Tae Mu (Ahn Hyo-seop). Hilarity ensues throughout the drama as she tries and fails to keep her identity a secret.

In the following months, Kim Se Jeong further cemented her “It Girl” status as On Ma Eum, a former judo athlete struggling to find her place in society, in the recently aired drama, Today’s Webtoon. After bombing her first interview, she finds herself as a rookie contract employee of the webtoon editorial department. Through difficulties at work and at home, she grows both personally and professionally but finds there are some obstacles you just can’t overcome.

What’s next for Kim Seo Jeong? We’re looking forward to season two of The Uncanny Counter, plus any new music that might come from this multi-talented “It Girl.”

25
SHARES
FacebookTwitter
SubscribeGoogleWhatsappPinterestDiggRedditStumbleuponVkWeiboPocketTumblrMailMeneameOdnoklassniki
Related ItemsA Business ProposalKim Se-jeongschool 2017The Uncanny CounterToday's Webtoon
← Previous Story EXO’s Suho To Star In A Drama After 4 Years
Next Story → Hallyu Boy Crush: Yoo Ah-In And How He’s One Of The Best Actors of His Generation