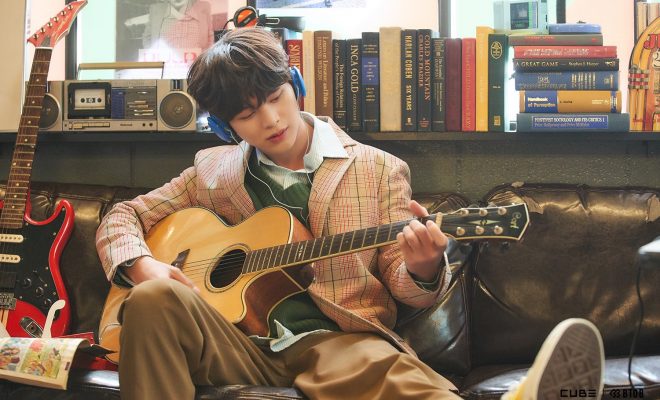 On March 2, Yook Sungjae dropped his new special album YOOK O’clock backed by the official music video for track “Come With The Wind”. 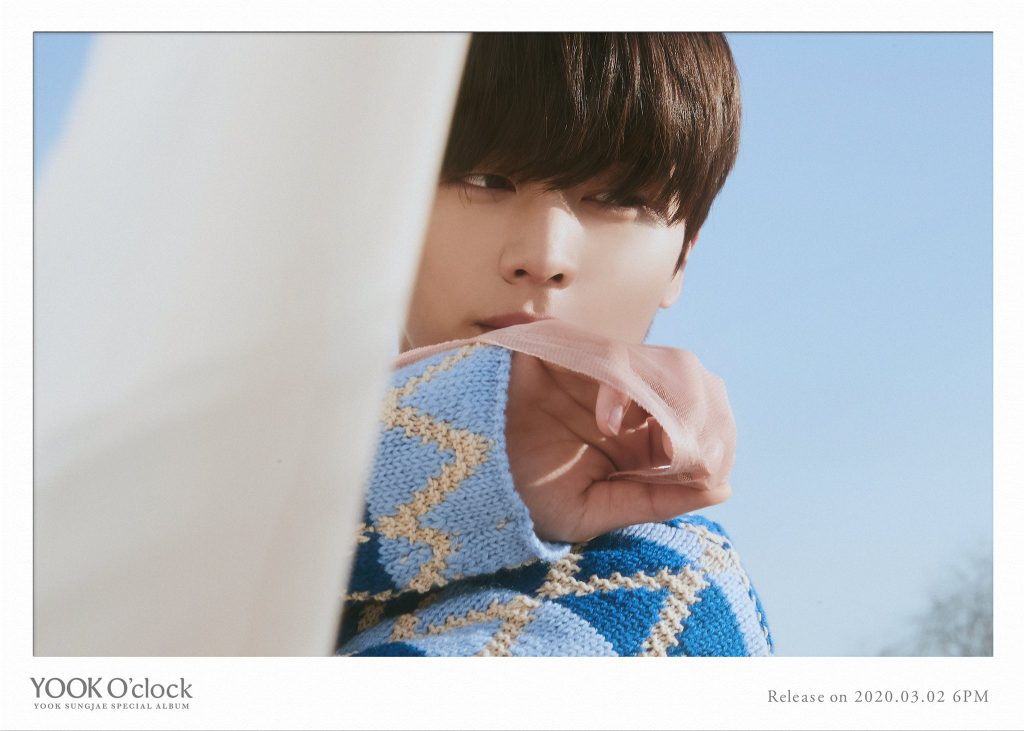 Solely dedicated to Melody, Yook Sungjae conveys message of love and longing to their dearest fans with a refreshing animated music video.

On February 14, Valentine’s Day, the first official teaser photo has been released and sparked Melody’s curiosity.

In the succeeding days, he released the special album’s Scheduler that comprises his timetable for the comeback. 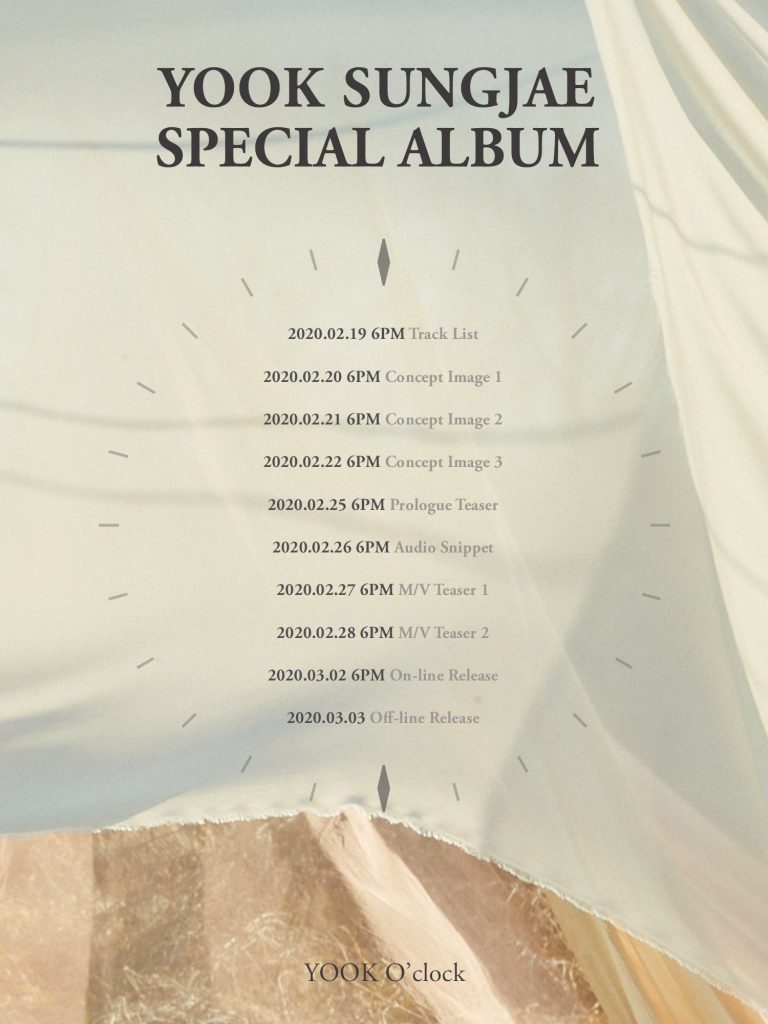 Afterwards, YOOK O’clock’s track list has been released. The 7-track album includes “Come With The Wind” as its title track, “HMHN” recorded with his co-member Jung Ilhoon, “Hypnotized” accompanied by Peniel, “W.A.U”, “Chicken”, “Yook” and “From Winter”. 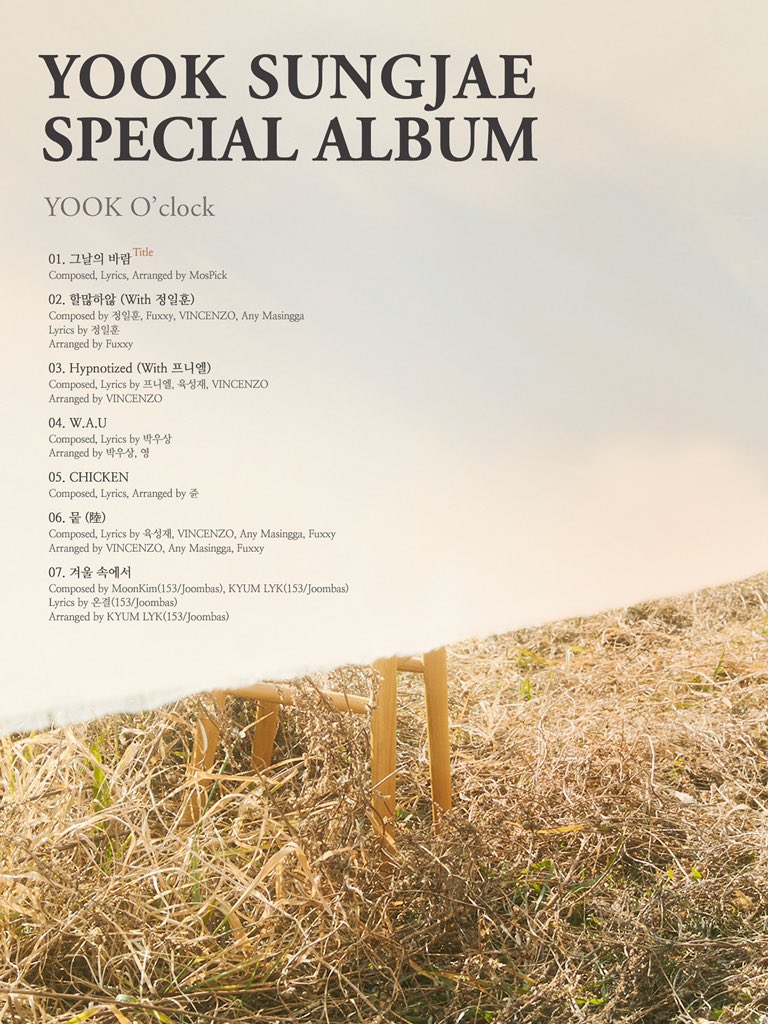 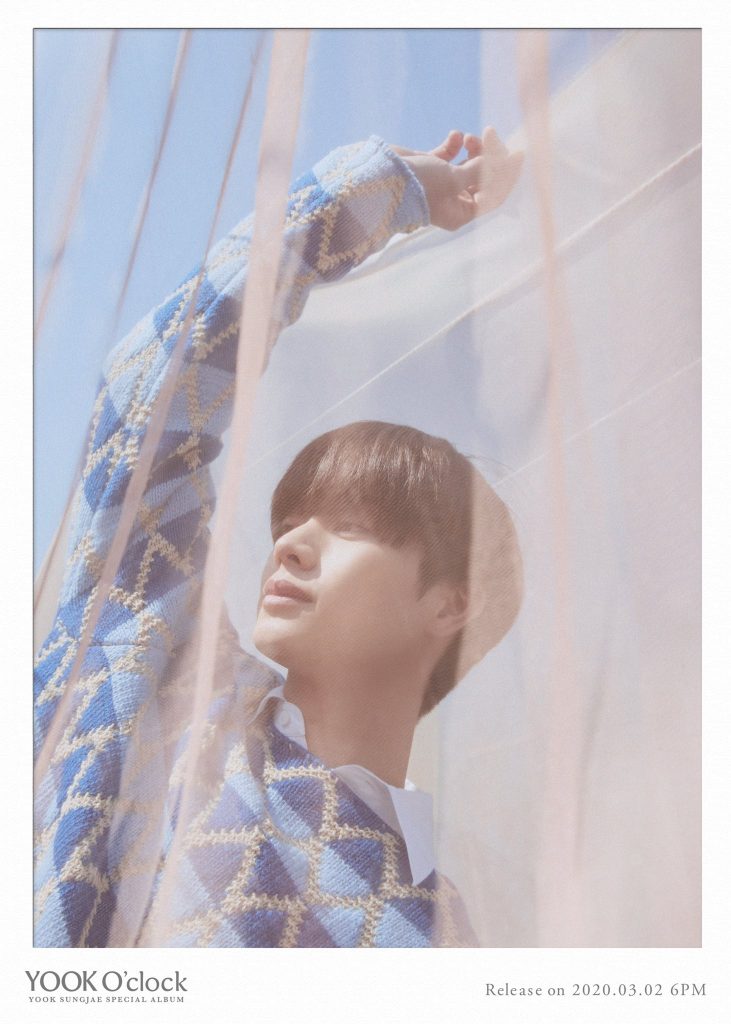 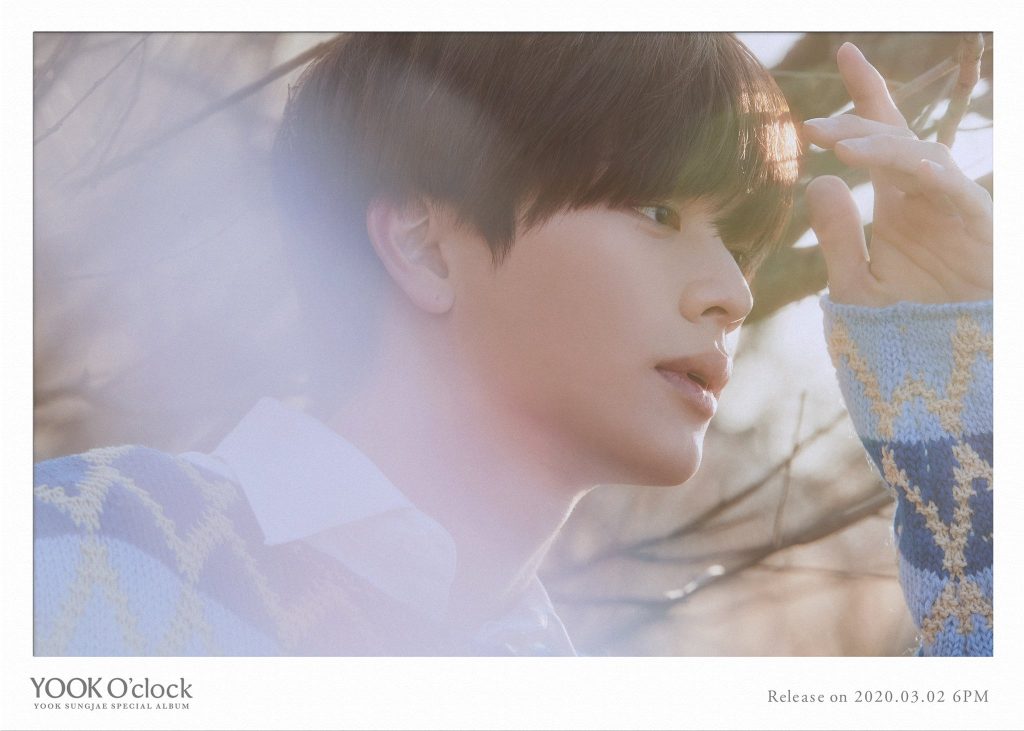 On February 21, the concept photo 2 had been released which carries out his fresh look and comfortable style in a comfy fishing-theme vibe. 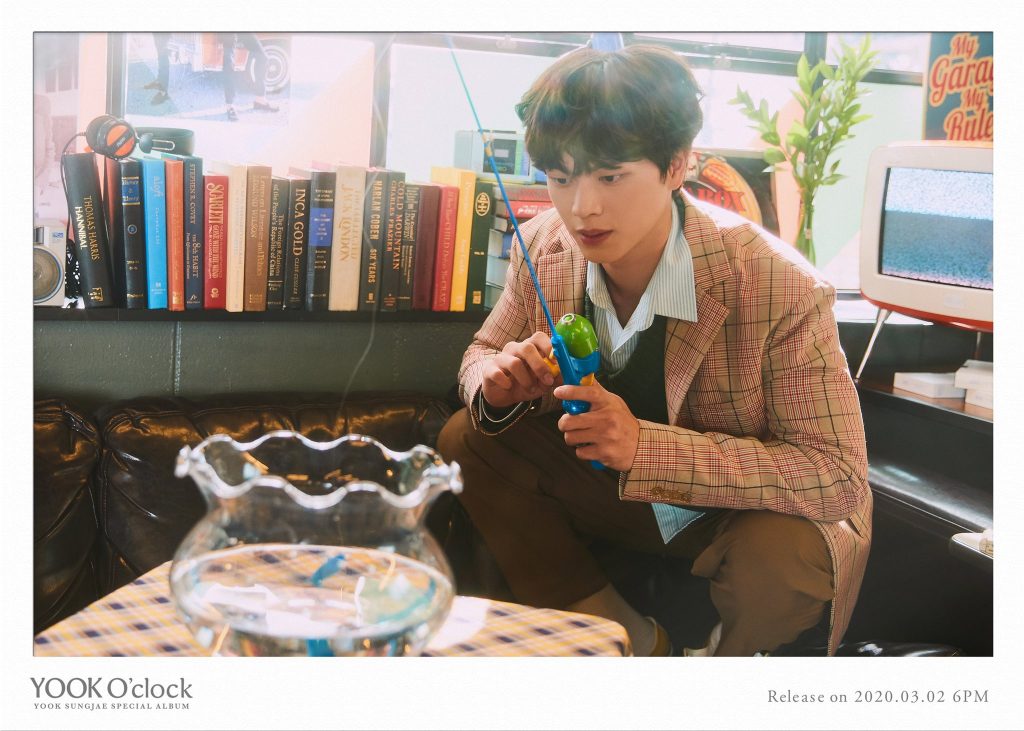 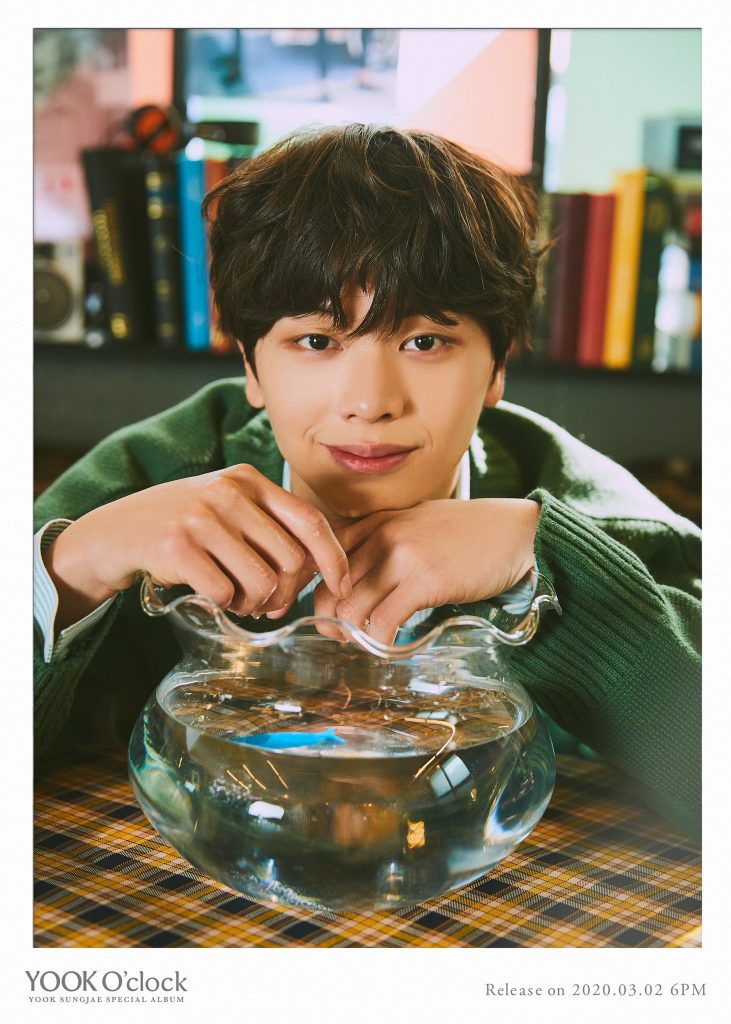 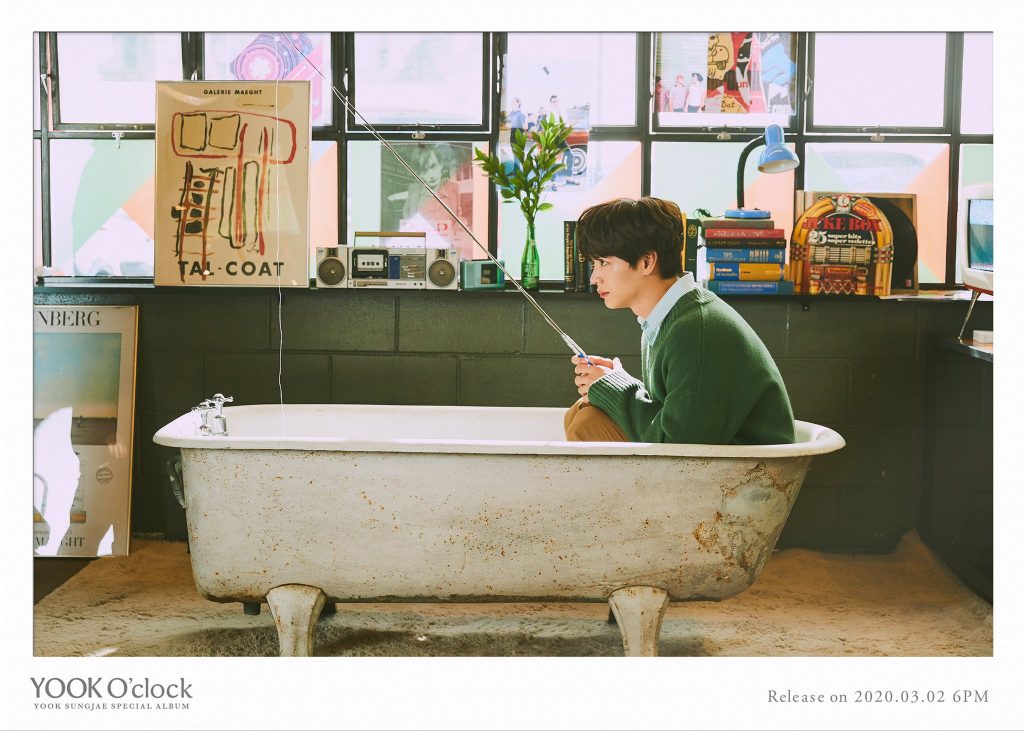 He unveils more photos the day after with concept photo 3. It swings more of his quirky disposition as he poses playfully with a crown while taking a big bite of a huge burger pile. 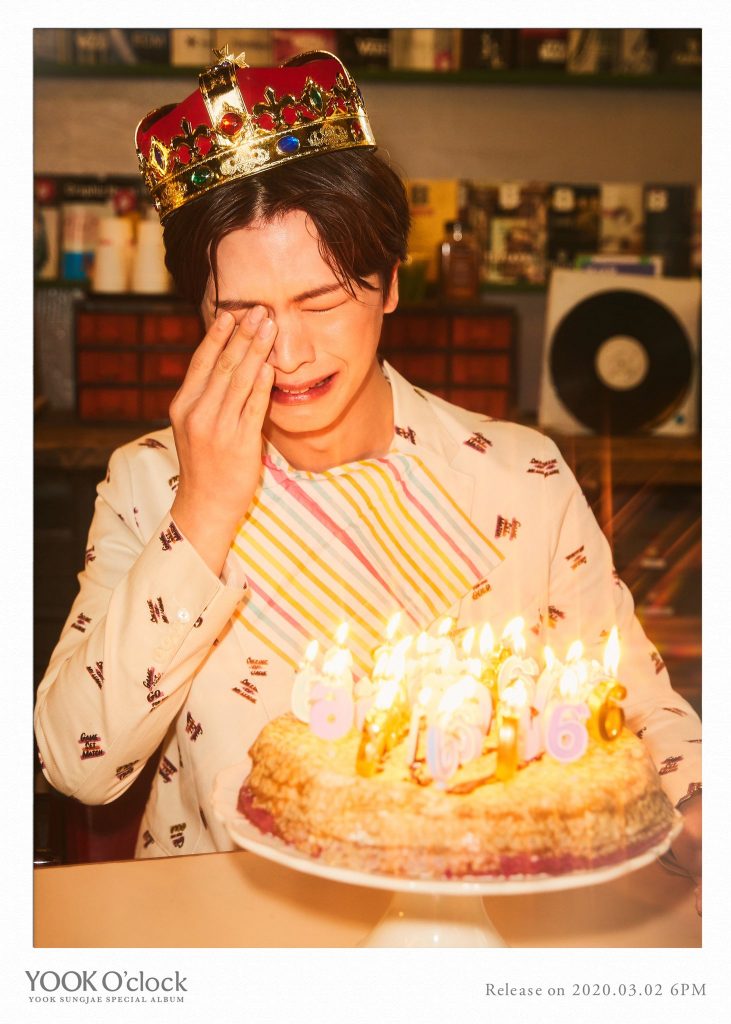 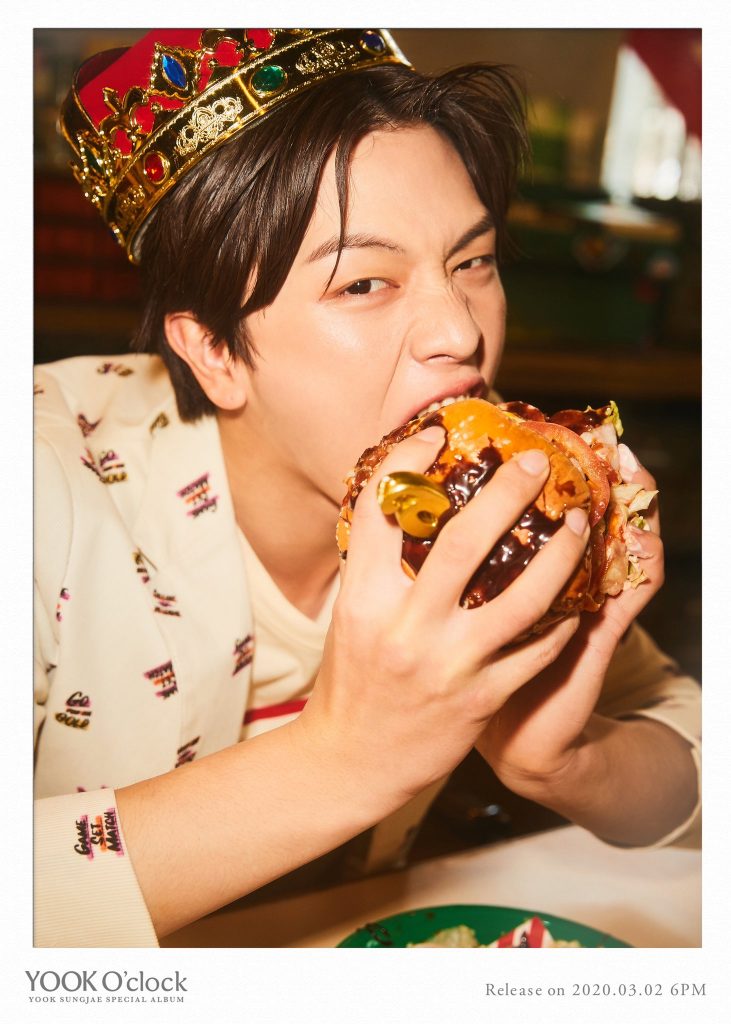 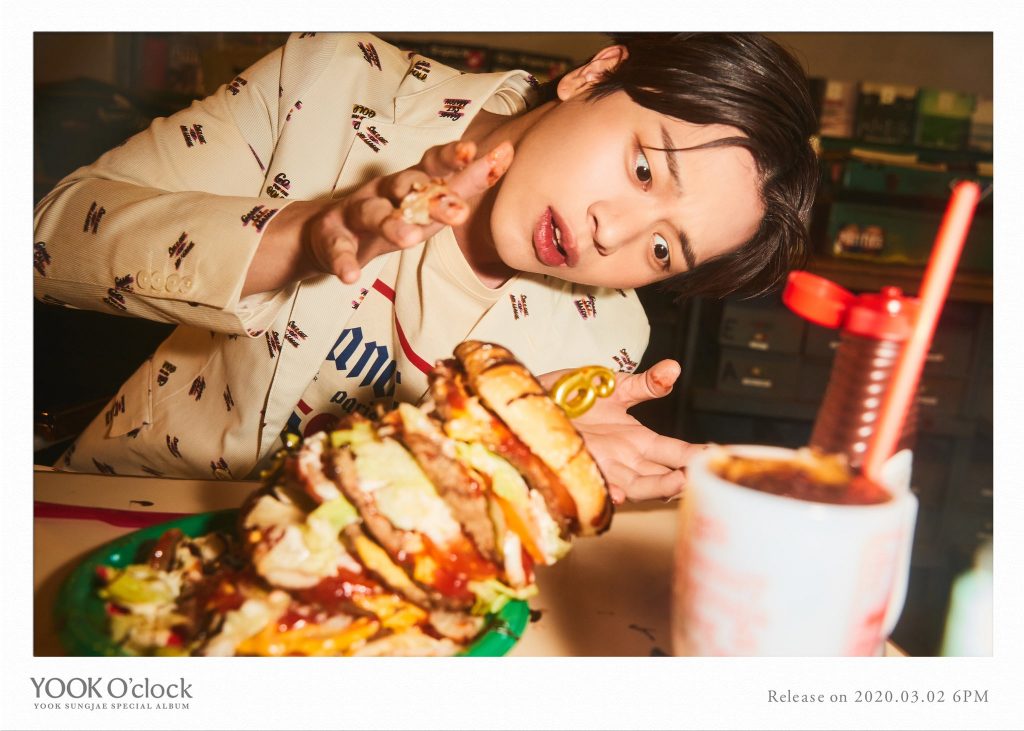 On the other hand, notice preorders guide for Yook Sungjae’s Special Album YOOK O’clock has been posted to BTOB’s Daum Fan Café account.

And to further bring the heat to the much-anticipated comeback, Yook Sungjae released a one-minute “Come With The Wind” prologue teaser. The video was characterized with its musical backgrounds while being deeply submerged into sweet sentiments.

As the much-awaited comeback draw nearer, Yook Sungjae released the audio snippet of the title track “Come With The Wind”.

“Come With The Wind” is a heartwarming story of a man who sincerely waits for the one he loves from great waves of memories. It is about looking back on the past that comes from the wind. The animated music video was illustrated by the talented artist Novoduce. Yook Sungjae’s sincere and mellow tone was distinguished along with the acoustic sound and harmony which is deeply moving.

One of the album’s track “HMHN” was recorded with his co-member Jung Ilhoon. Characterized with Sungjae’s profound emotional singing and Ilhoon’s laid-back rap, this song expresses how things may come to an end. But the real deal is that despite things ended, remembering may be one of the most beautiful part of it.

“Hypnotized” accompanied by Peniel transmits a full swag and heavy-sounding raps. Peniel’s raps are in full English while Sungjae’s songs pierces deep emotions. It tells a story of someone being a slave for love and incapable of escaping love’s toxicity caused by being emotionally invested.

“W.A.U” flaunts its unique groovy sound in which the whole message contradicts. It is about missing someone so deeply and wanted to forget but do not have the courage to. Its acronym “W.A.U” means What About U?

The sidetrack “Chicken” gives off an adorable and bubbly vibe which can be used with a choreography.  Yook Sungjae uses chicken as a metaphor for the idea of being loved by everyone. Showcasing positive vibes of wanting to be chicken, he wanted to be that kind of person everyone likes.

The piano instrument used for the track “Yook” backs his mellow tone and completes a perfect ensemble. This is a song that portrays someone unable to do anything to reach someone and being stuck in the same place. It delivers the difficulties of loving someone who isn’t reciprocating the feelings.

“From Winter” emits a sentimental sound with various instruments used. It narrates someone reminiscing the cold past like Winter’s day. Someone who is severely lost in the waves of memories and a love that doesn’t have reassurance of coming back.

“Come With The Wind” MV AFTERTHOUGHTS

Geared with amazing illustrations and animations, hearts and flowers were notably all around the place. Despite missing real persons in the music video, emotions were totally delivered thanks to the artist’s great talent and Yook Sungjae’s wonderful voice.

It pulls the viewers to feel melancholic while reminiscing the past love being drawn by the winds of memories.

The acoustic sound and the sweet vocals of Yook Sungjae is impresses in the sweet and sentimental music.

Yook Sungjae’s special album “YOOK O’clock” is certainly a special gift for Melody that carries diverse emotions of love and longing all in one endearing album.