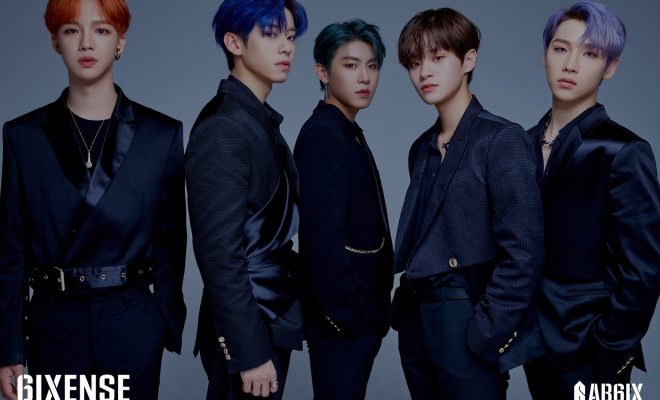 AB61X are the hottest rookies who have been grabbing everyone’s attention and are now back with their first full length album titled 6IXENSE. The MV single is titled “Blind For Love” which talks about the perspective of doing everything that is possible for the sake of love. The group also had their showcase stage on their comeback day. AB6IX debuted four months ago on May 22 with their mini-album B:Complete and have been the talk of the town ever since. 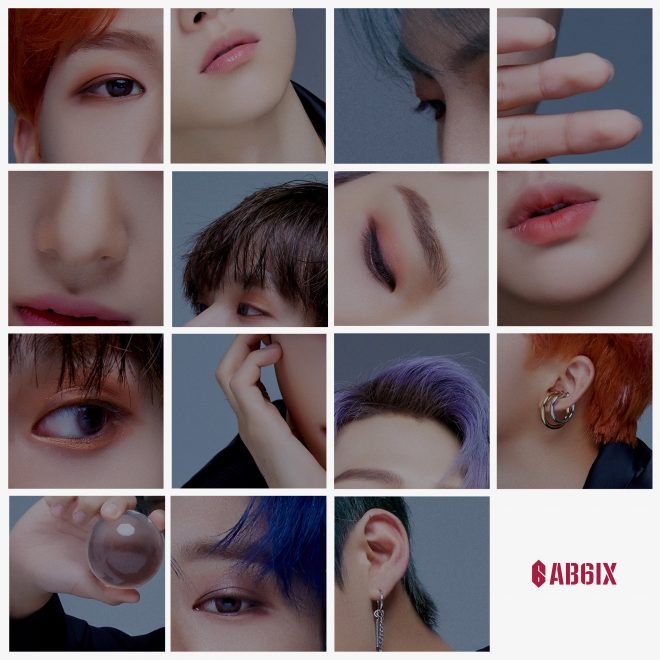 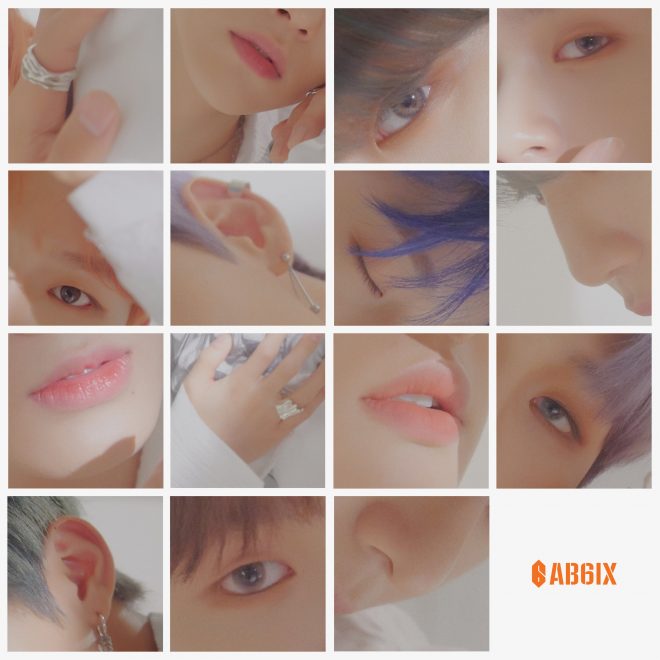 On September 19, the agency further heightened the excitement with announcement of promotion schedule for the album revealing the comeback date to be October 7. 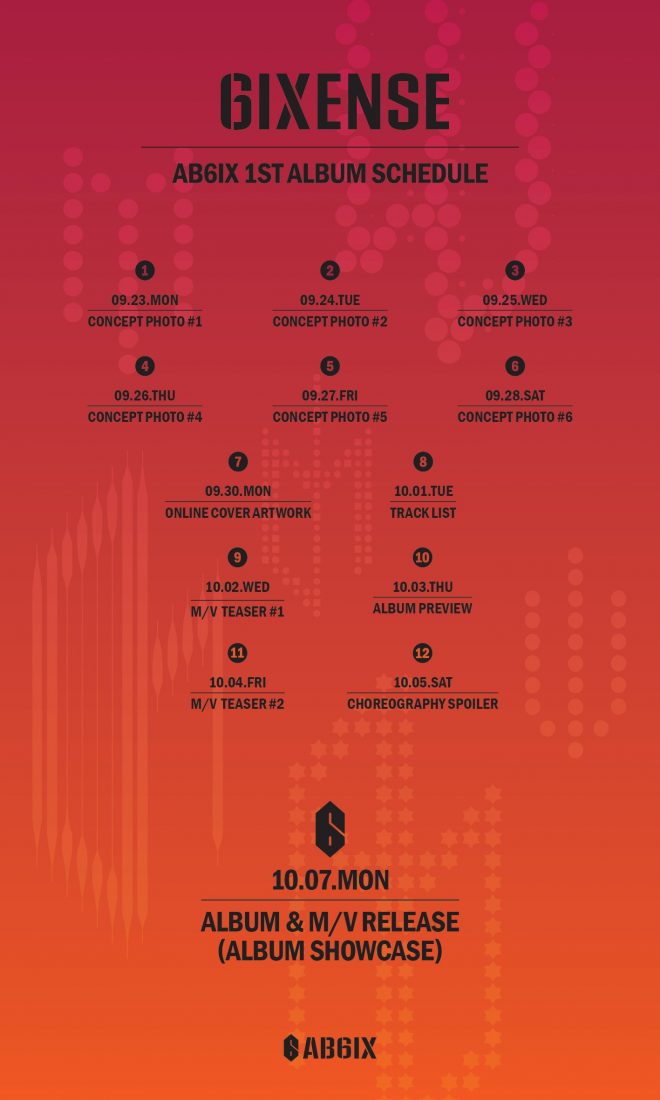 Following the comeback schedule, a series of concept photos was released from September 23 to 28. 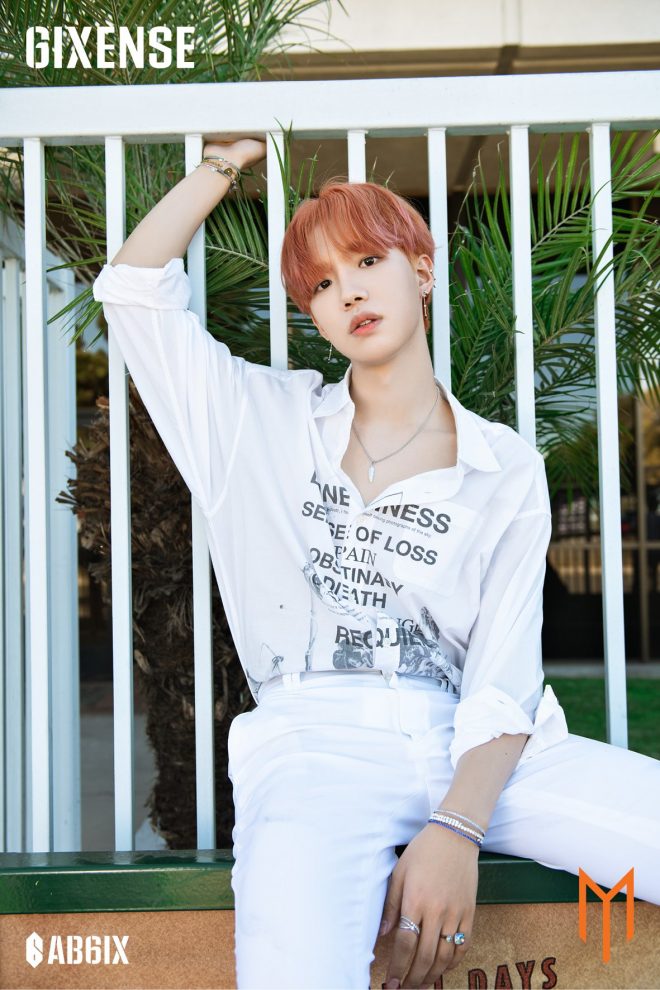 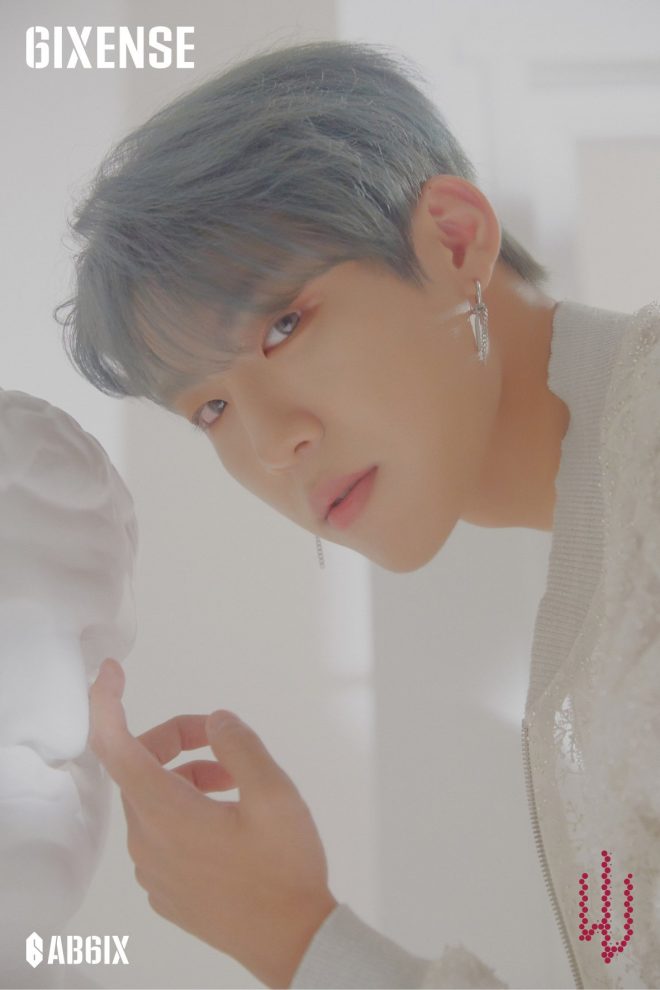 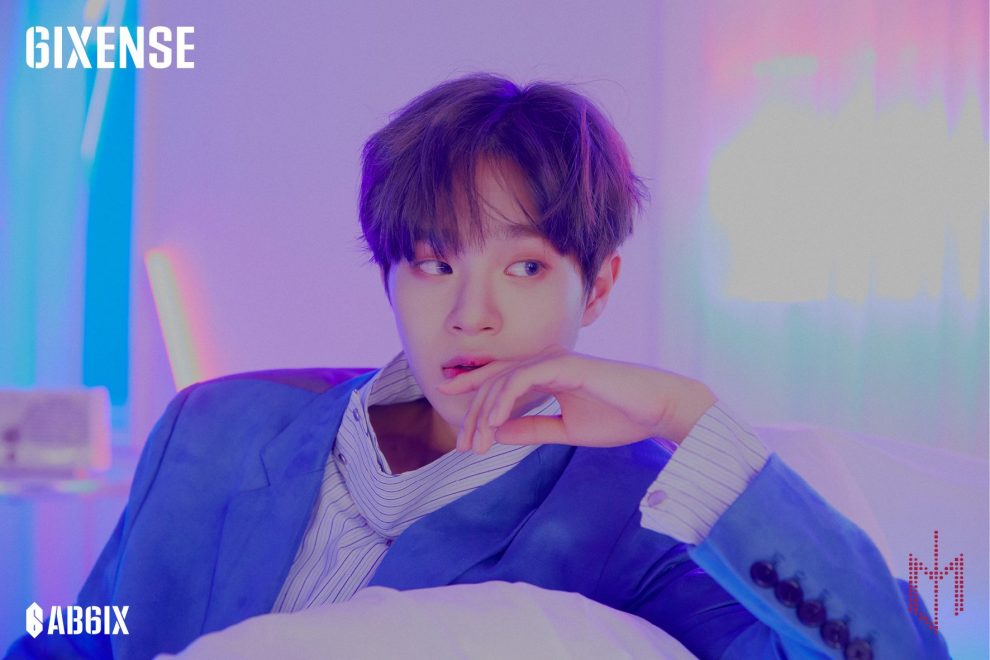 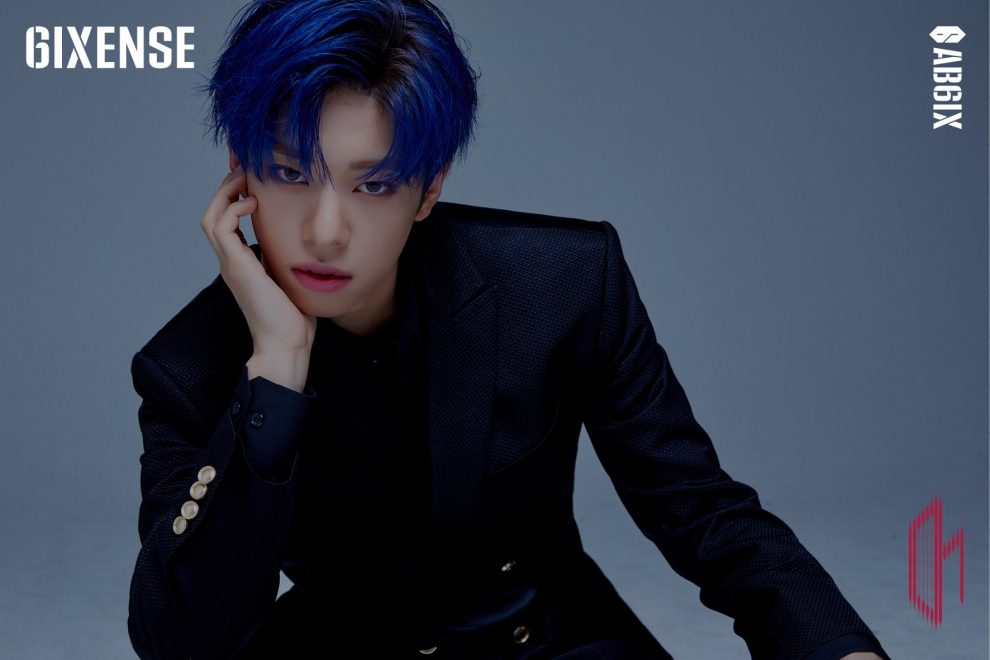 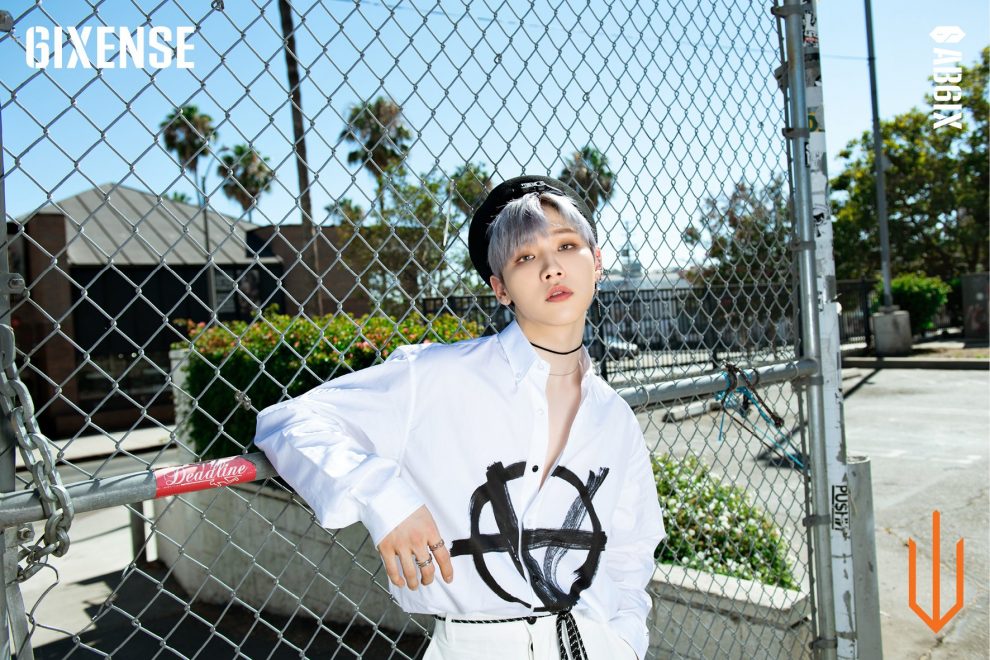 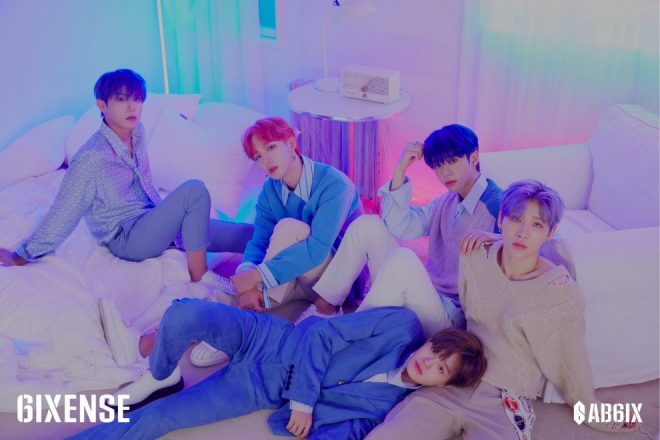 The album cover artwork was dropped on September 30 highlighting a monochrome image with the members looking dapper donning an all-white attire. 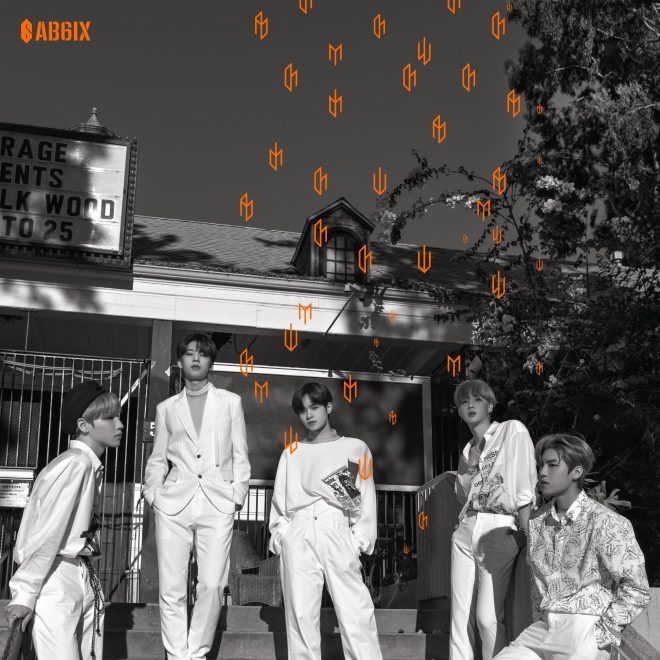 On October 1, the track list was posted which revealed that the album will have a total of 11 songs with “Blind For Love” as the title track. The members have actively participated in composing and writing lyrics for the tracks in the album. 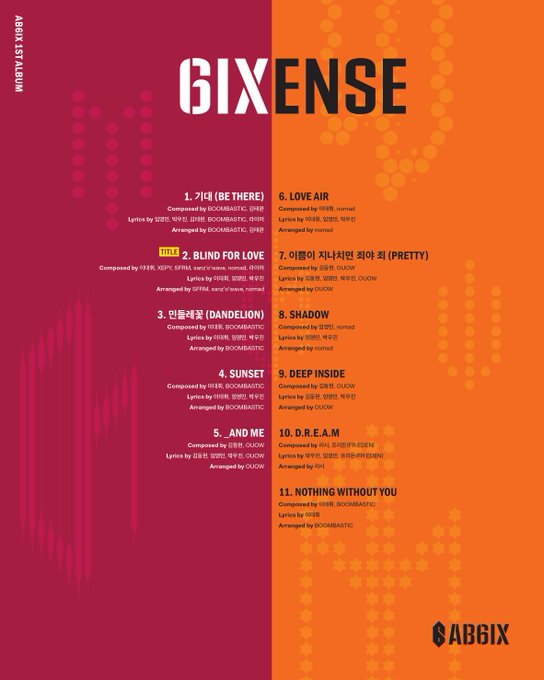 The first teaser of “Blind For Love” music video was unveiled on October 2 raising the anticipation among the fans.

The group released a medley preview for their first studio album on October 3 which consists of audio snippets for each of the featured tracks.

The second teaser of “Blind For Love” MV was released on October 4, revealing more parts of the song – the highlight of which would be the blindfold aesthetics.

6IXENSE is a compilation of various genres of music that one can listen to complement their mood. The first track “Be There” gives off various feels and puts the listener up in a roller-coaster of emotions. It starts off softly and then transitions completely to an explosive music.

Meanwhile, the lead track “Blind For Love” has the similar vibes to AB6IX’s early song “Breathe” and is quite addictive.

With a deep meaning lyrics, “Dandelion” is a slow relaxing song that uses “dandelion” as an analogy to describe isolation and ambiguity related to oneself.  The song is very relatable and makes the listener feel comfortable.

Another noteworthy track is “Sunset”, which has wonderful drop beats and provides extreme joy to the listeners.

Bolstered with mesmerizing vocals, “Deep Inside” and “Nothing Without You” throws in the sad and emotional vibes. On the other hand, “Love Air” and “Pretty” are cute happy songs that brings up a cheerful mood.

Lastly, “D.R.E.A.M” is a powerful song by the rap-line with an amazing flow and makes the listeners appreciate Young Min and Woo Jin’s voices even more.

Overall, the album is very refreshing to listen to as it consists of different kinds of songs and all the wait and anticipation for AB6IX’s first comeback was worth it.

“Blind For Love” is a deep house track co-composed and co-written by AB6IX member Lee Dae Hwi. Members Park Woo Jin and Lim Young Min too have contributed in writing their rap parts for the song. The song lyrics is about a person who would go to any lengths and cross limitless boundaries for their loved one.

Similar to their previous single MV “Breathe”, this is a very hype song. Listening to this, one cannot help but groove to it. The song is very upbeat with a very catchy lyrics that makes you want to sing along. Visually, the MV is aesthetically pleasing with top-class cinematography consisting of various elements with vibrant colors and contrasting backgrounds. On top of that, the choreography is very unique and artsy which is an absolute treat to watch.

Overall, “Blind For Love”, is pleasing to both the eyes and the ears of the audience. The song is a great listen with power-packed performance and seductive visuals.