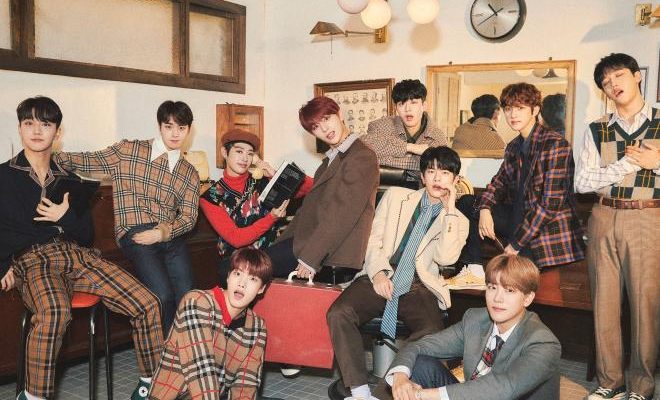 Meet Golden Child in their latest easy to listen to new single!

Golden Child returns with its second single album Pump It Up. Containing a total of three songs, this comeback includes refreshing and touching songs for people to add to their playlists. 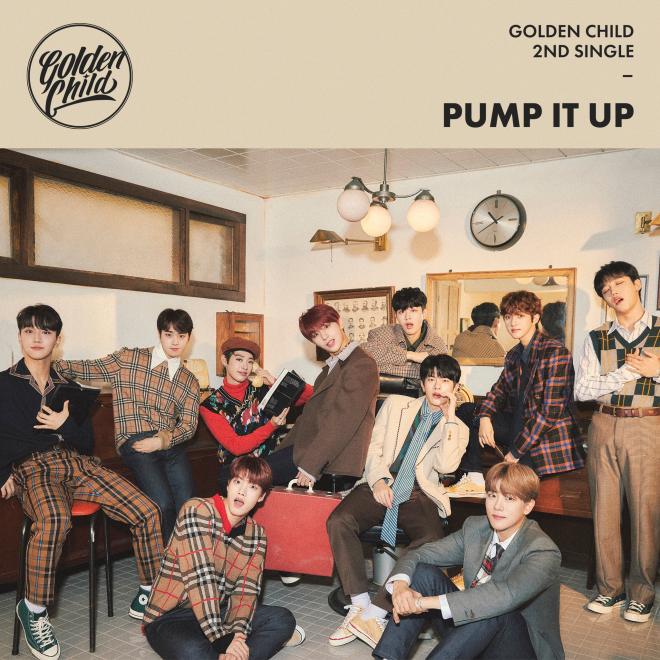 Pump It Up Countdown Timeline

At first, Golden Child posted a teasing clip, revealing the day of their comeback back on September 13. Specifically, it went in the form of a text chat between the members, which eventually mentioned the group’s return.

On September 26, the idols finally shared their promotional schedule, which fans waited for. The bright yellow background hinted at a fun comeback, raising the excitement of the public.

Following up, the group unveiled the track list for the single album. As stated in the picture, it will consist of three songs, with members Jangjun and TAG participating in writing the rap lines in two of them.

Then, from September 28 to 30, the boys started posting their concept photos. The members showcased different vibes while looking exquisite in all the images.

While the first shots portrayed a boyish yet manly feel, the next set focused on a more refreshing and comfortable appearance. Finally, the members dressed in elegant pilot uniforms, effortlessly stealing fans’ hearts. 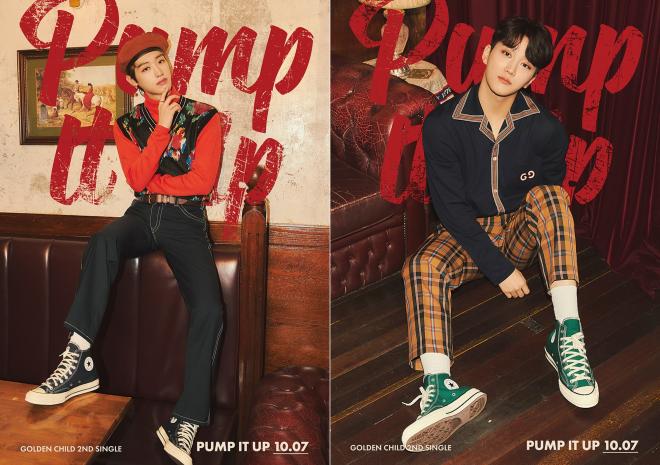 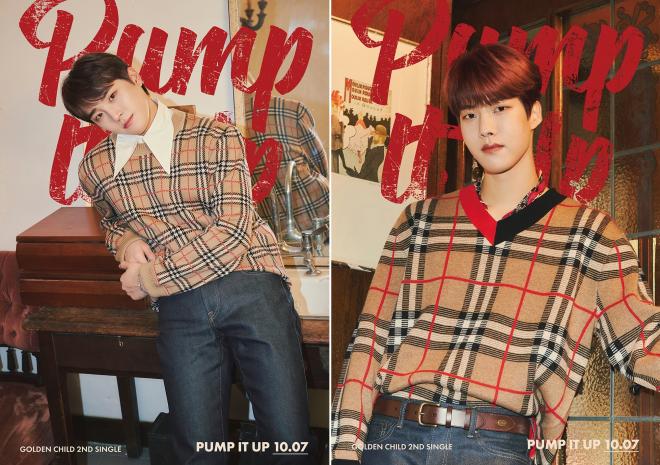 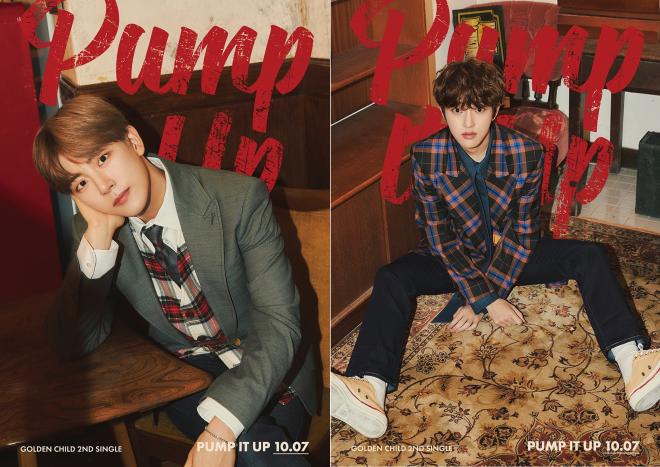 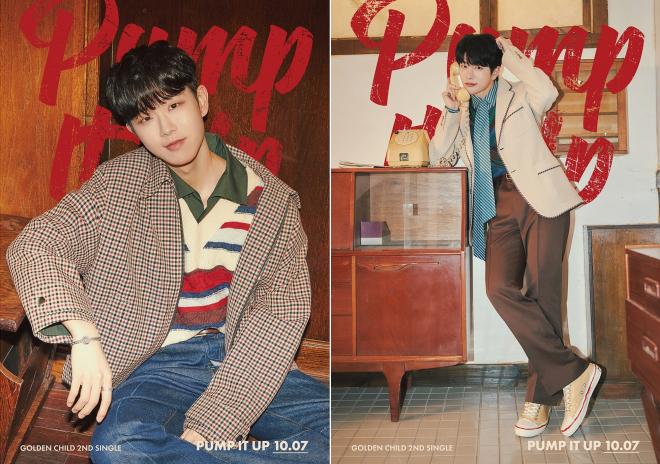 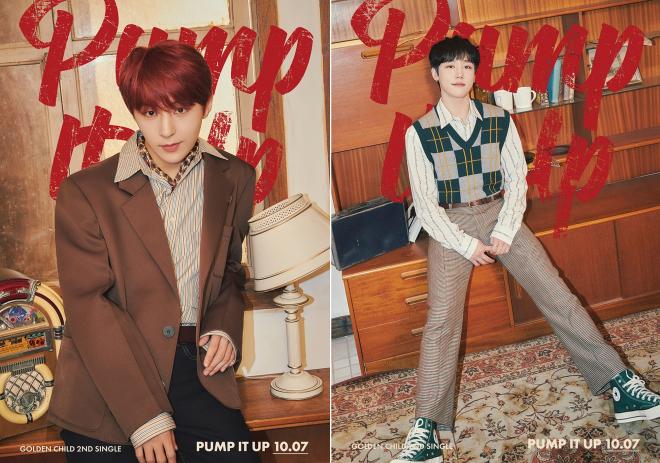 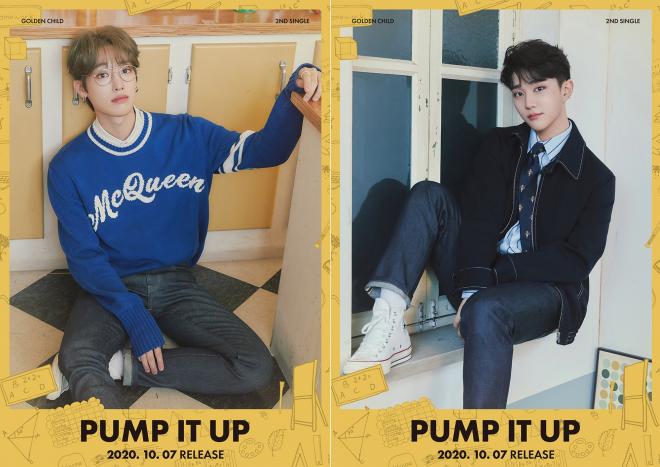 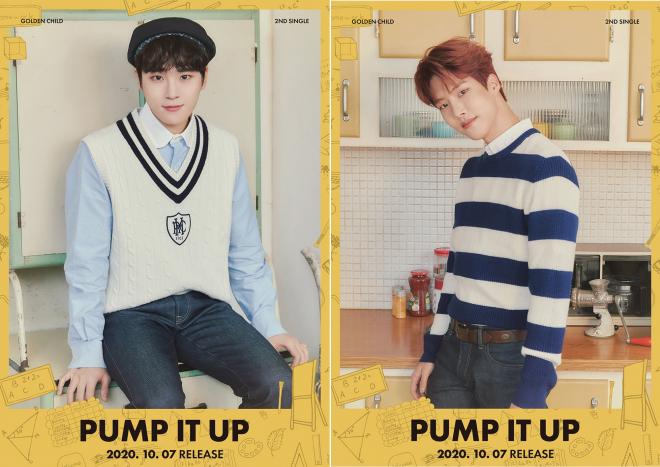 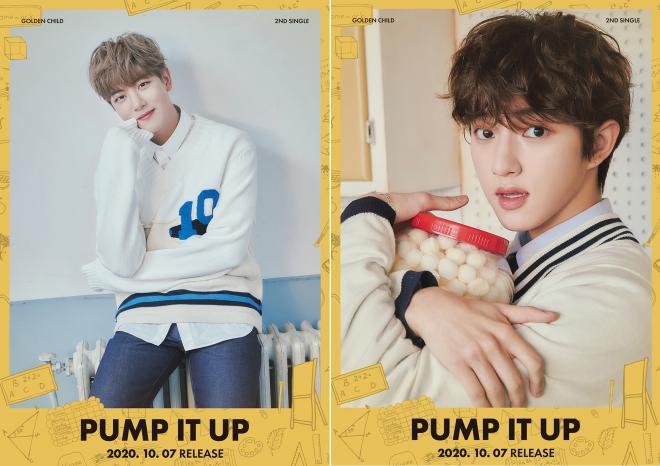 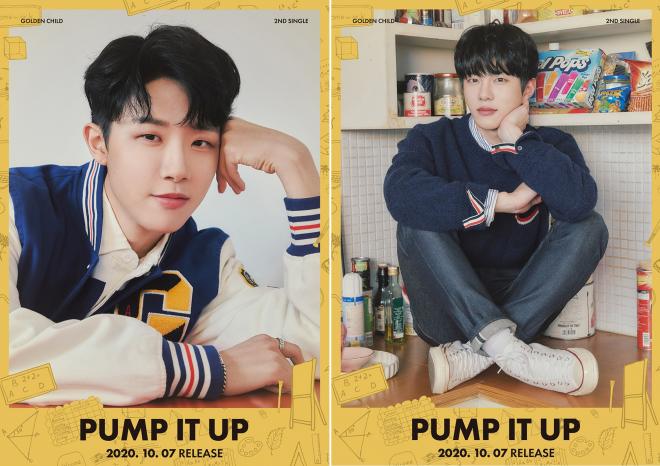 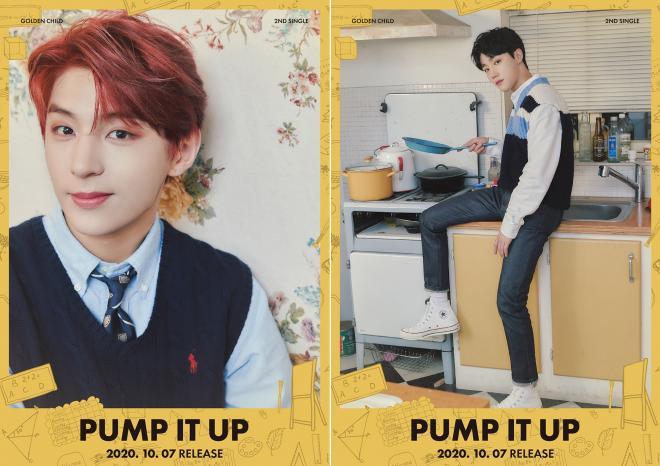 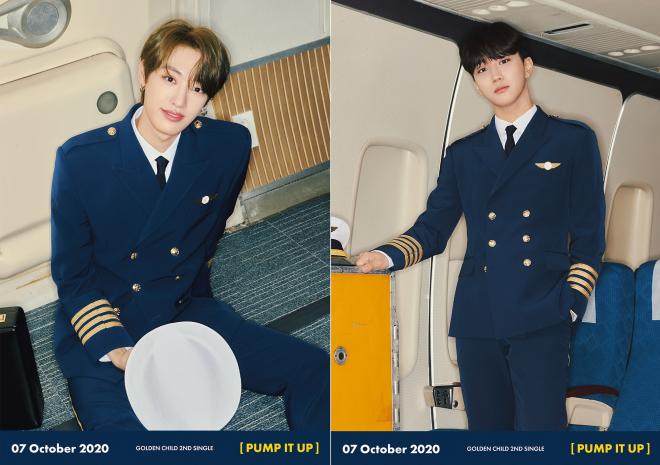 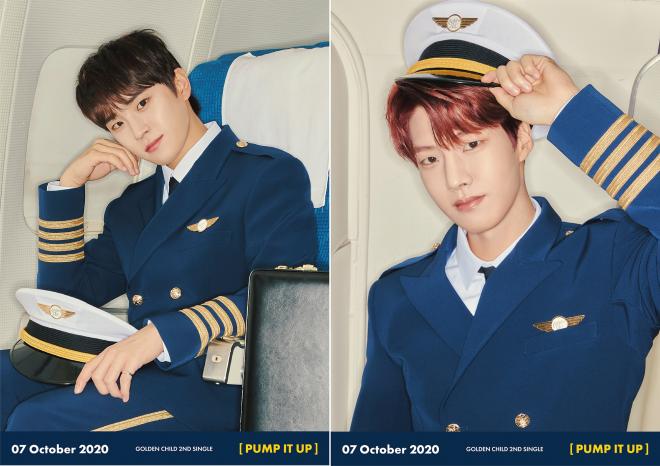 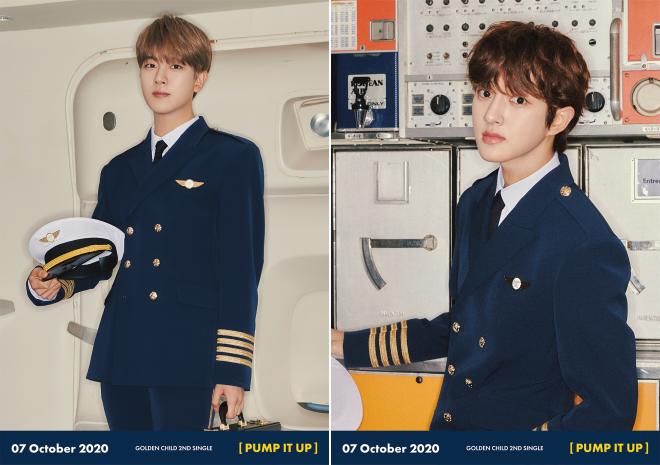 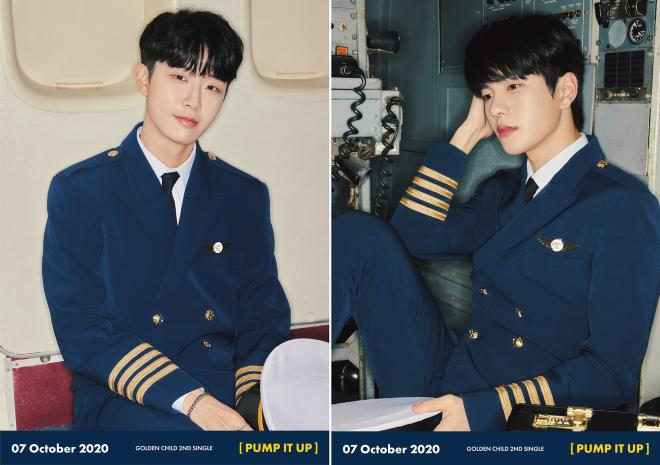 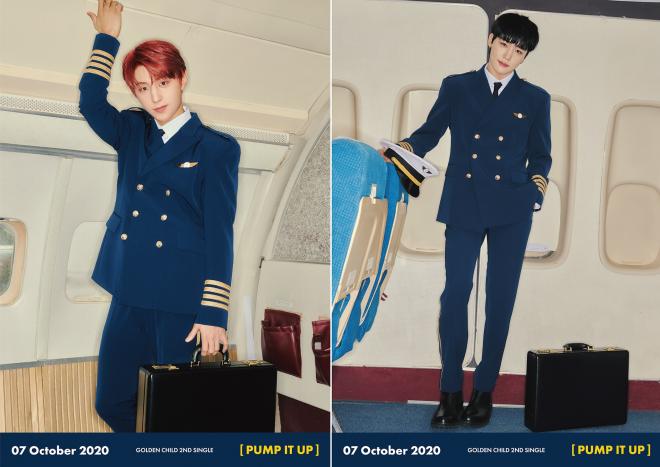 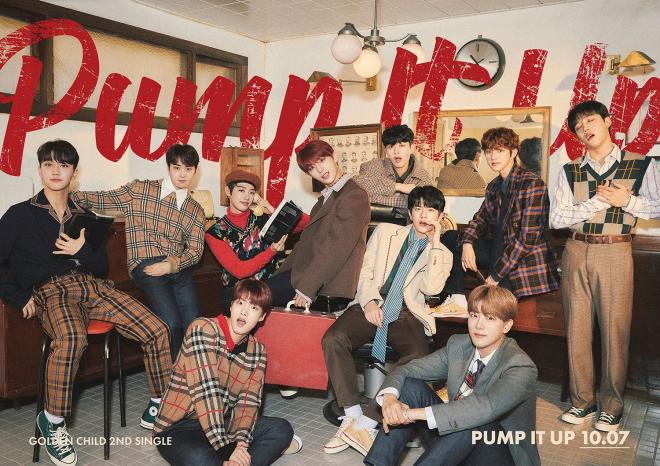 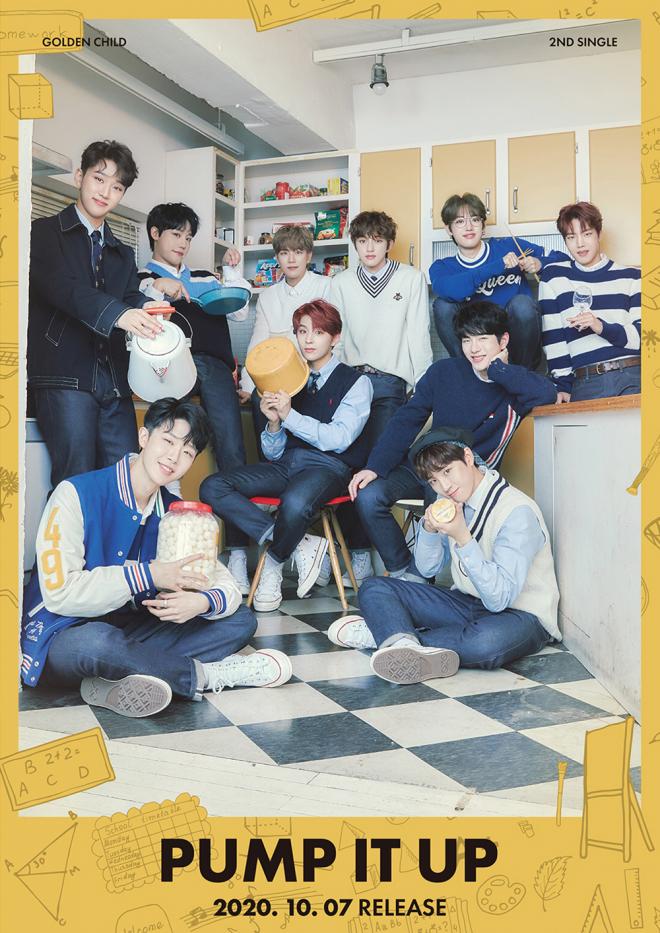 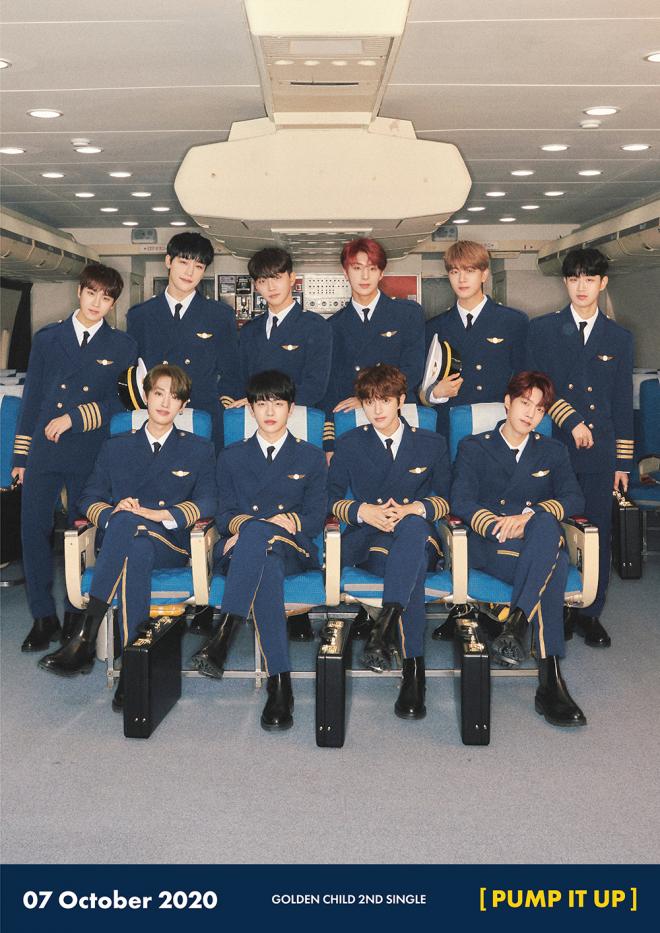 Along with the images came three concept trailer videos, further emphasizing on the different and fresh concepts.

Continuing on, the group uploaded various clips, starting with an album preview. It hinted at an upbeat album for fans to enjoy.

On October 3 and 5, two music video teasers were shared for the main title track “Pump It Up”. In particular, the trailers were filled with energy, showing a glimpse of the upcoming comedic scenes and the cute choreography for the song.

Fans were also able to enjoy the jacket making of Golden Child through yet another video, filled with gorgeous visuals and comments from the members.

In addition, the music video making clip was unveiled last, with scenes from the shooting sets.

Pump It Up First Impressions

“Pump It Up” is an upbeat dance track which portrays the excitement one feels in their heart when seeing the person they like. The song has a refreshing feel and an exciting beat to it that simply calls out the listener to dance along to the rhythm.

Next up, “That Guy” delivers a beautiful melody and the message of longing for someone. The way the members express the emotional feelings input in the song through both, singing and rapping, is quite impressive.

Lastly, “Lean On Me” is a retro-style lively dance number with rock-based band and rhythmical synthesizer sounds. The song expresses the desire of wanting to be there for and comfort the person one loves. Particularly, the lyrics speak of standing behind that special someone and embracing them, showing a protective side.

“Pump It Up” MV Afterthoughts

Golden Child delivers a fun to watch music video for “Pump It Up”, with a couple of different scenes to get lost in. The members pull out the comedy theme that will make viewers smile while watching the clip.

Along with that, the guys show off their incredible visuals in every concept. Be it partying, fooling around, watching a “scary” movie, wearing a pilot’s attire, inside an office setting or at a film’s shooting spot, the boys manage to look gorgeous in any and all of the scenes.

Moreover, the exciting atmosphere of both the song and the video calls for an unforgettable and cheerful experience.