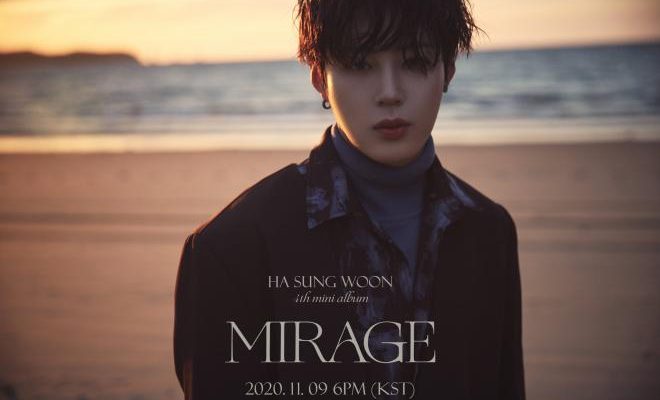 Singer Ha Sung Woon makes another beautiful mini-album, titled MIRAGE. Through the songs, he manages to show more of his music talents and colors, raising different emotions in the hearts of those who listen to it. 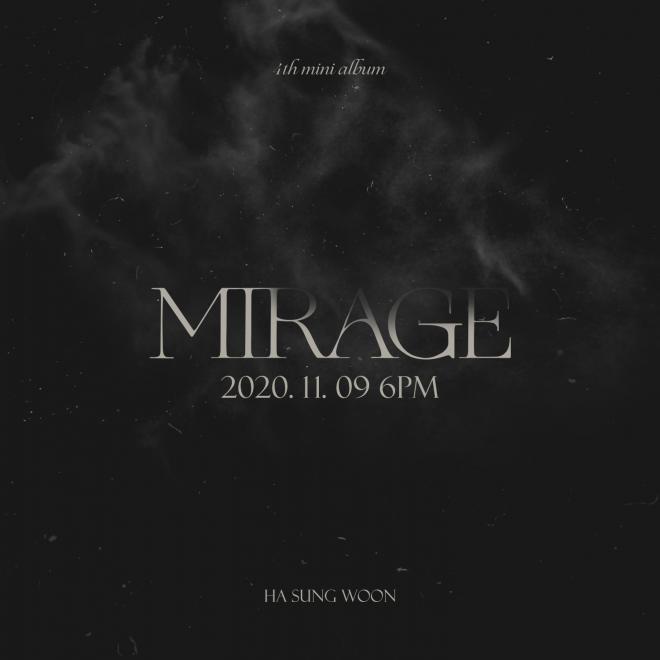 Ever since the singer announced his comeback plans, fans have been eagerly awaiting to see the type of music he will release. The simple yet mystical image containing the album’s name created even more excitement and began raising expectations.

Soon after, the artist unveiled his countdown schedule, which contained various content that will be released prior to MIRAGE.

Starting from October 28 and until November 7, the idol shared multiple teasers. Those included two lyrics photos which grabbed the attention with their aesthetical appeal. 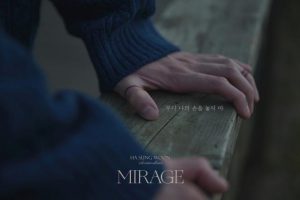 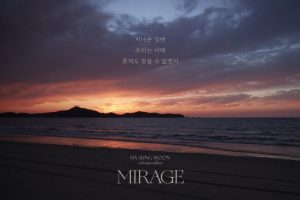 Ha Sung Woon also dropped some striking concept images. He evoked a mysterious feeling through his highly artistic shots and further sparked the anticipation from his fans.

We could see the strong visual charm in each picture, from a mature monochrome to softer and “out of this world” shots. 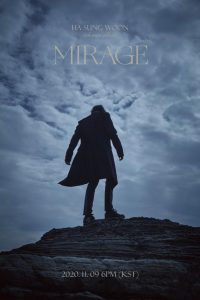 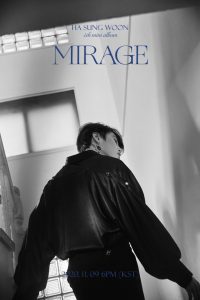 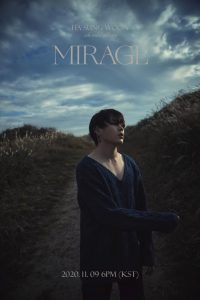 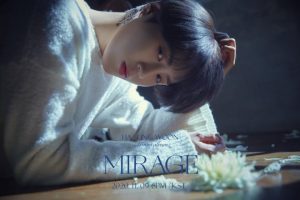 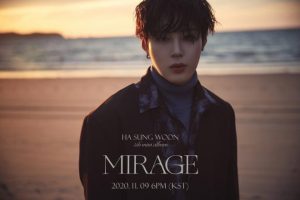 Another poster shared that MIRAGE will contain five songs, each with a different feel and message. Moreover, the artist participated in creating all the tracks, except for his main one, “Forbidden Island”, showing his own musical colors through this release.

The album preview uploaded on November 2 presented a snippet of the songs and their different feel. Adding to the beautiful sound, unreleased shots of Ha Sung Woon were used as the background slideshow.

On November 5 and 7, the two music video teasers were also unveiled. They continued the mystical vibes set by the images and showcased beautiful and alluring shots, hinting at a promising full clip.

With the title track “Forbidden Island”, Ha Sung Woon immediately creates a faint and mysterious atmosphere. He enchants listeners with his delicate vocals which shine throughout this beautiful song. Moreover, the singer’s various charming points are seen in a single song.

Starting with a cheerful shuffle rhythm, “Candle Light” is a track with a bubbly, cute and bright atmosphere. It compares the love people feel to a shaking candle light, appealing to the ear with its melody, words and the singer’s vocals.

“2000 Miles” has a hopeful feeling to it, giving an encouraging boost to those who listen to it. Taking on the journey that will lead to that desired dream is a hard first step, but knowing we are not alone gives us the courage to take the next steps. Eventually, the light indicating the destination will be visible and the feeling of reaching it will soar the soul high.

Through “Without You” the idol draws a beautiful picture that portrays the feeling of love towards another person. The melody creates a feeling of floating and the soft, emotional vocals complete the atmosphere of the song. Everything combined gives out the feeling of watching a movie but through our ears instead of our eyes.

MIRAGE ends with the lingering emotions sang in the modern rock ballad “Talk To Me”. Ha Sung Woon’s sensible voice expresses the feelings of missing someone who is gone and the wish for them to return. This music piece affects the listeners with its sorrowful lyrics and melody, and their beautiful portrayal.

The music video for “Forbidden Island” is filled with magnificent sights that match the mystical feel of the song. Not only the settings, but also the singer himself is looking absolutely stunning in every shot he is in.

The clip emits that magical vibe that was hinted in the teasers and is amplified with the constant play of the light. Adding to this are the countless blue butterflies, that surround Ha Sung Woon, and the misty space he is drawn to.

Truly an eye-catching music video, with many aesthetics to look forward for.