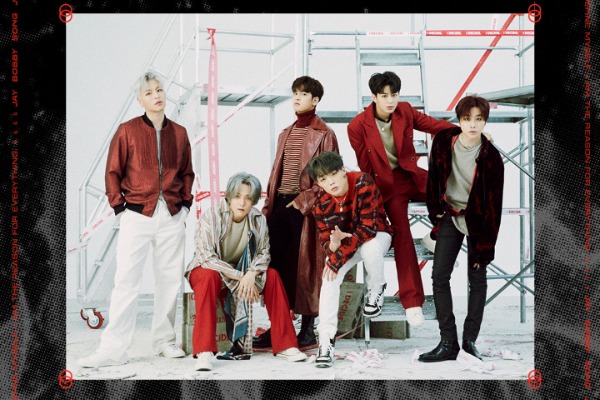 A year after their last release, the group is back more determined and resilient than ever before.

iKON has gone through a painful and major change in 2019 as their leader B.I. (Kim Han Bin) decided to take break from his idol life. Though missing one member, the group’s latest release, is a testament to the remaining members’ fortitude and potentials.

While fans could certainly note the absence of B.I.’s voice, the album still has traces of the multi-talented idol. Han Bin composed and wrote lyrics to four of the songs in the album. i DECIDE, may be iKON’s first release as a six-member group but there is no denying it is an album made for and of the septet.

During the finale of their Japan tour in December 2019, the group has hinted about their comeback. Fans have been anticipating it ever since and they got a sneak peek on January 13, 2020, when the group posted three photos on their Instagram account. The post is captioned Shooting video for new song.

However, details about the album did not come to light until January 21 when YG Entertainment released the first concept teaser video.

On January 23, a video with words that best define the album was released.

#iKON DEFINITION OF 'i DECIDE'

The video was followed by a statement from YG Entertainment released on January 29, explaining several things concerning the upcoming album. That same day, fans got to see the main poster. 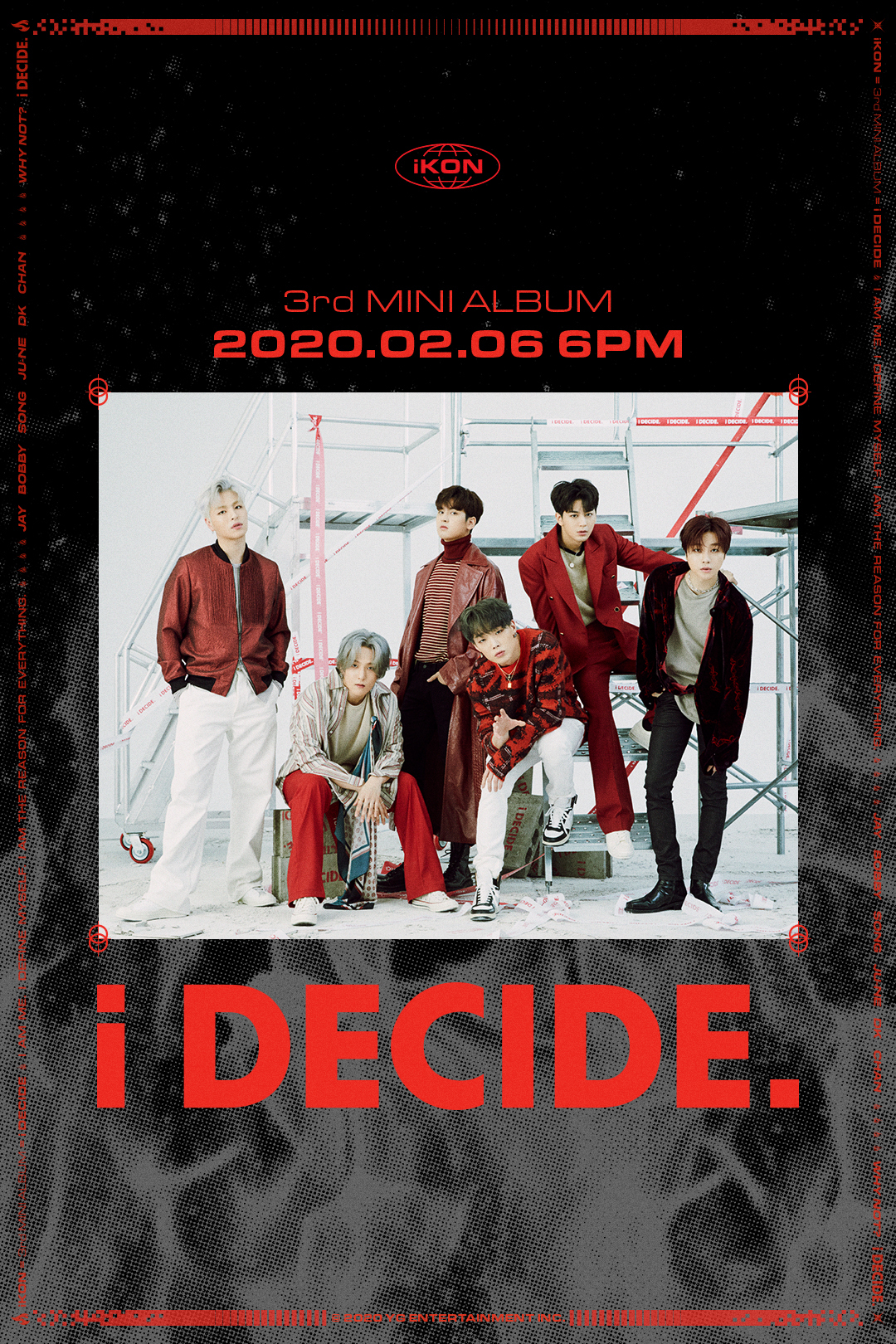 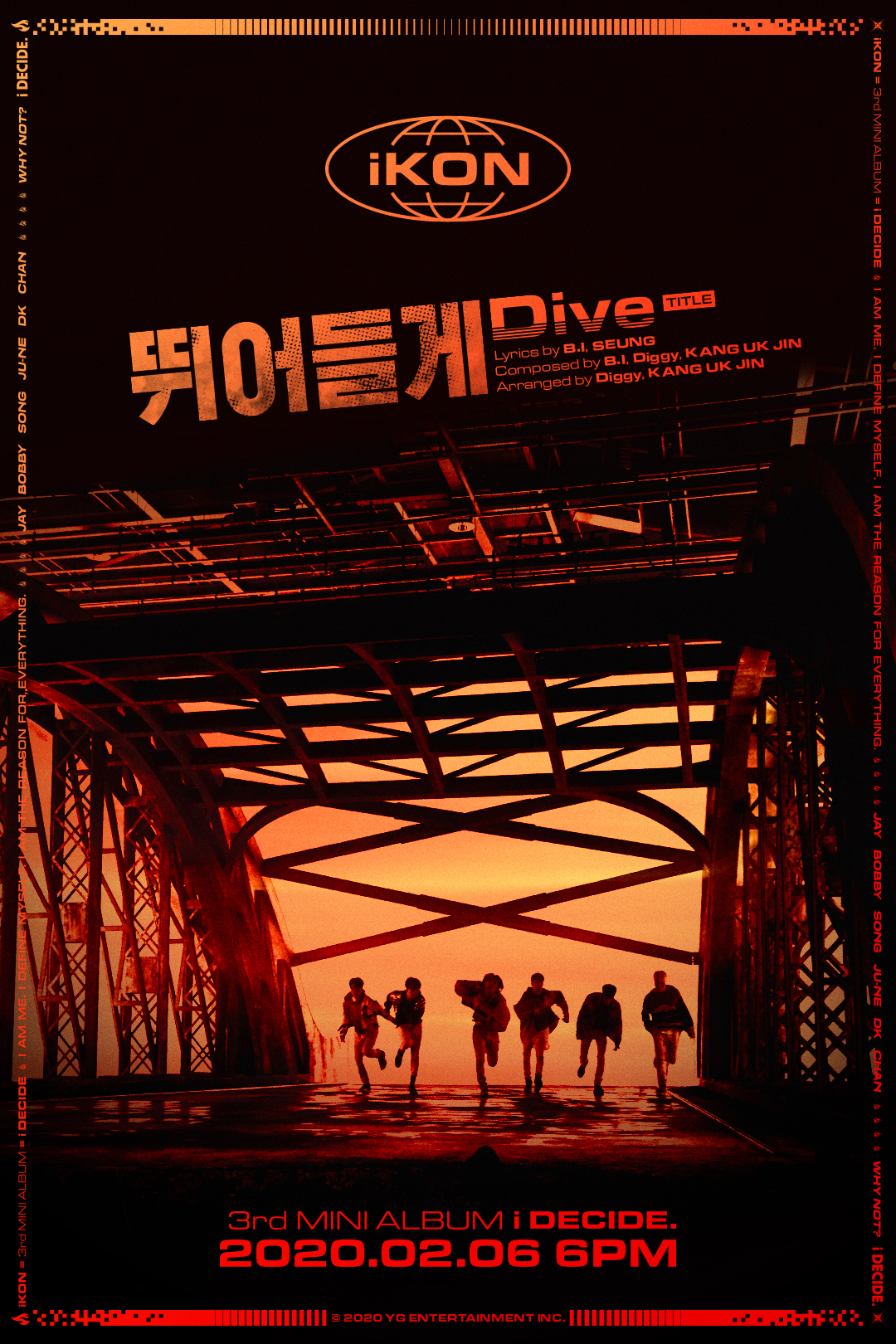 After the main poster, the title track poster was released on January 30. The agency also posted the pre-order notice for the album which also revealed two versions (Red and Green).

On January 31, the title track’s Concept Film was released. The next day, February 1, the track list poster was revealed. The agency also posted information regarding iKON’s countdown broadcast on VLIVE. 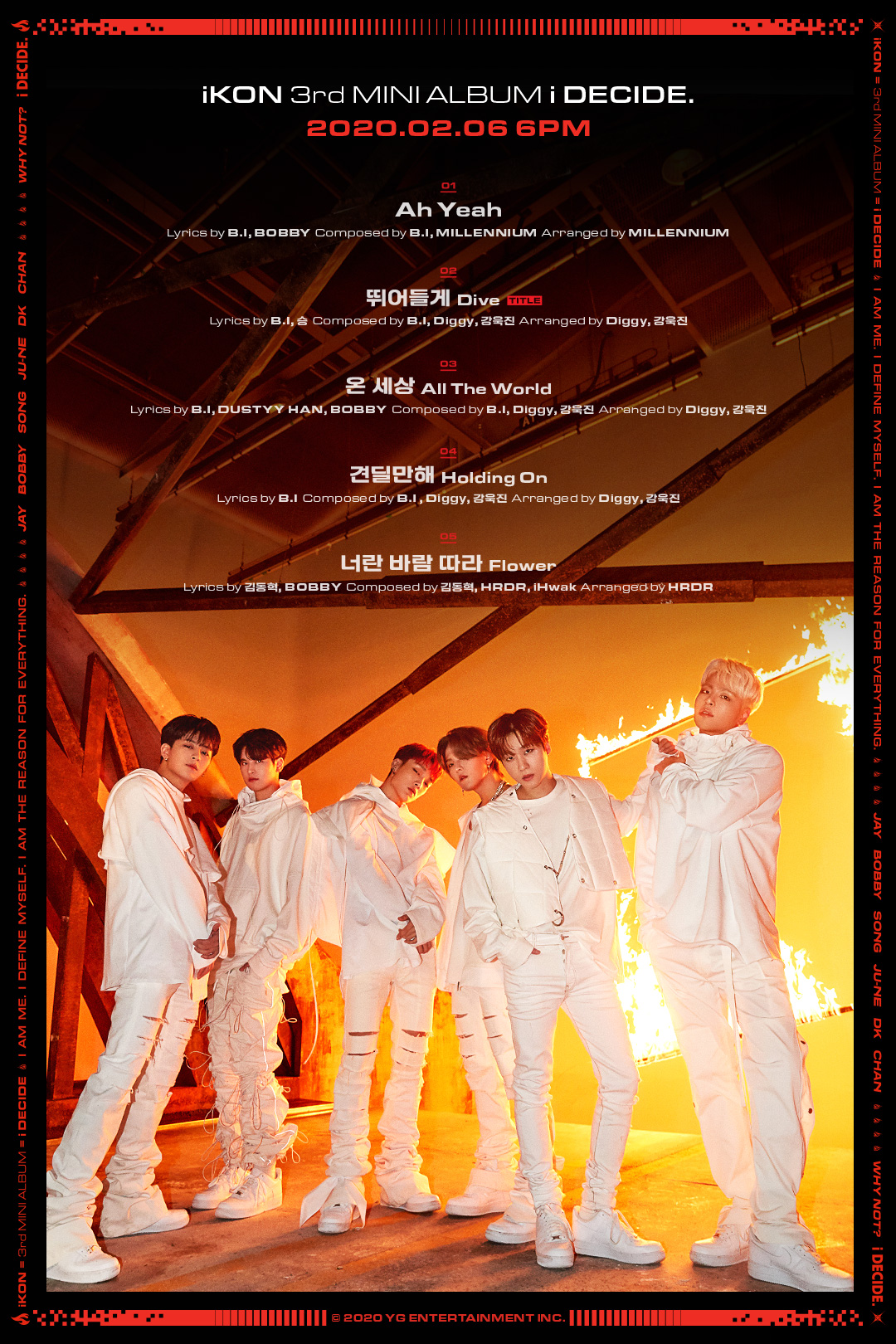 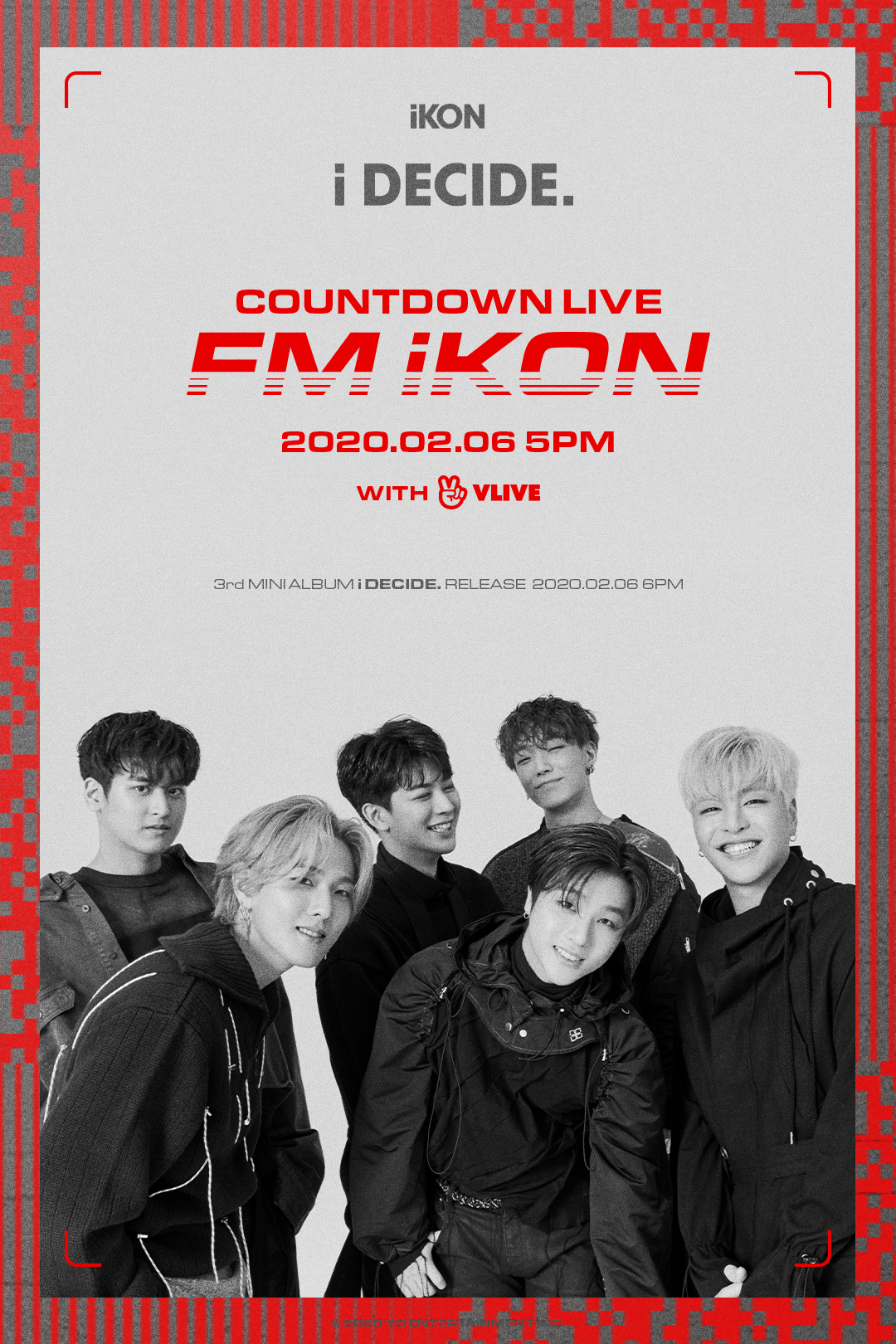 YG Entertainment then unveiled Concept Posters on February 2 and on February 3, the music video teaser for “DIVE” became available to public. 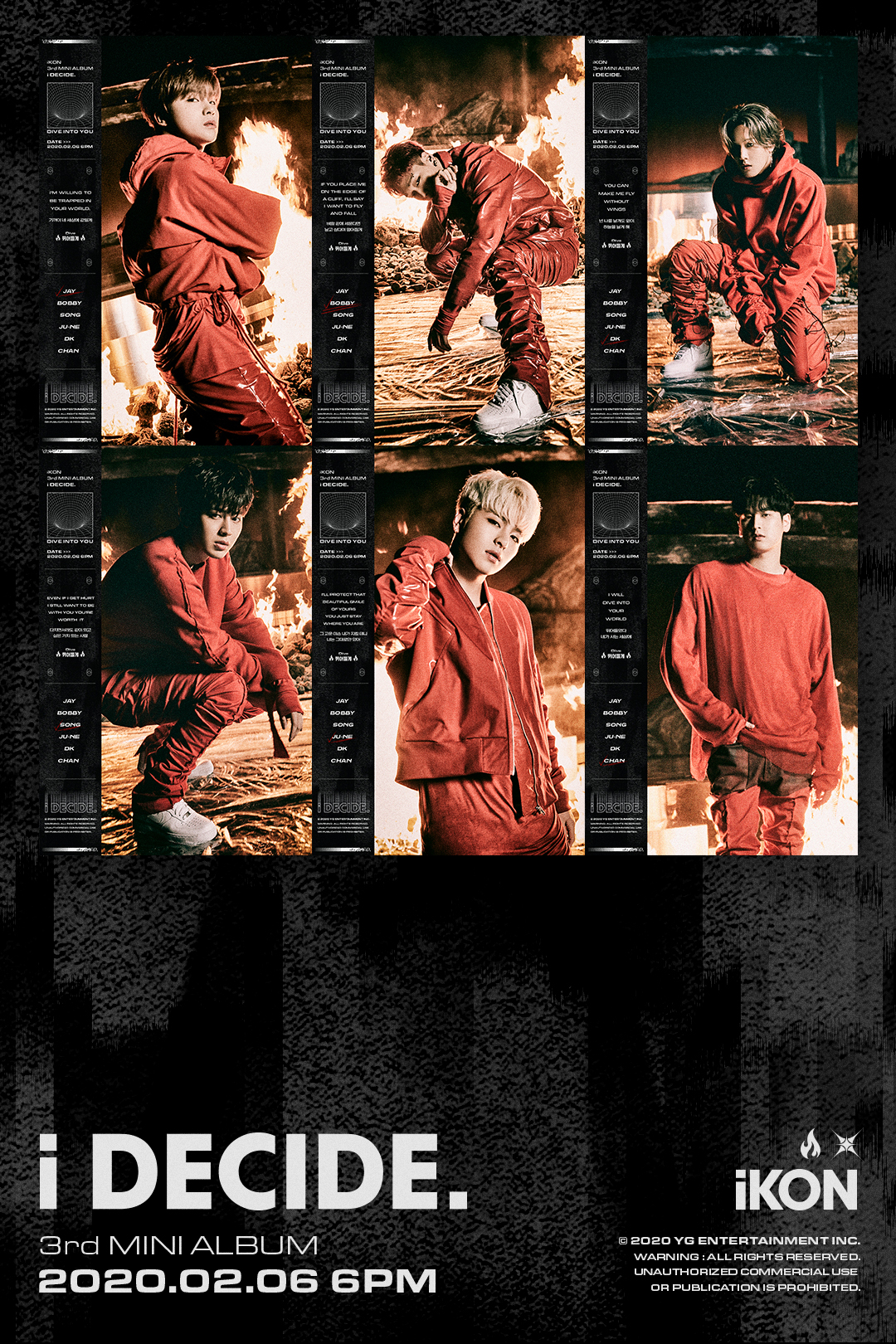 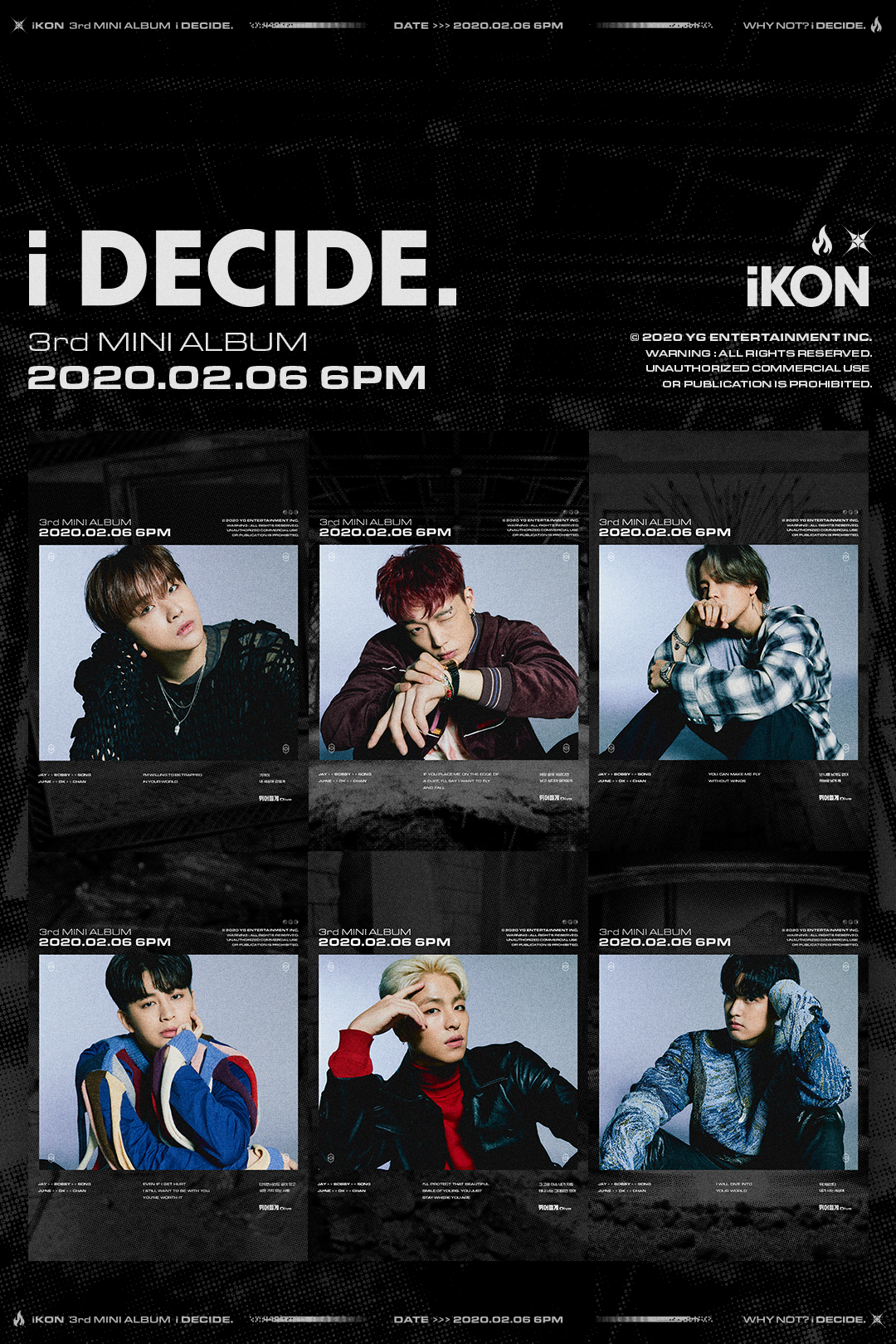 Later on the same day (February 3), iKON teased fans as the choreography poster was released.

Fans got to listen to the album sampler on February 4 and saw the M/V Mood Clip. 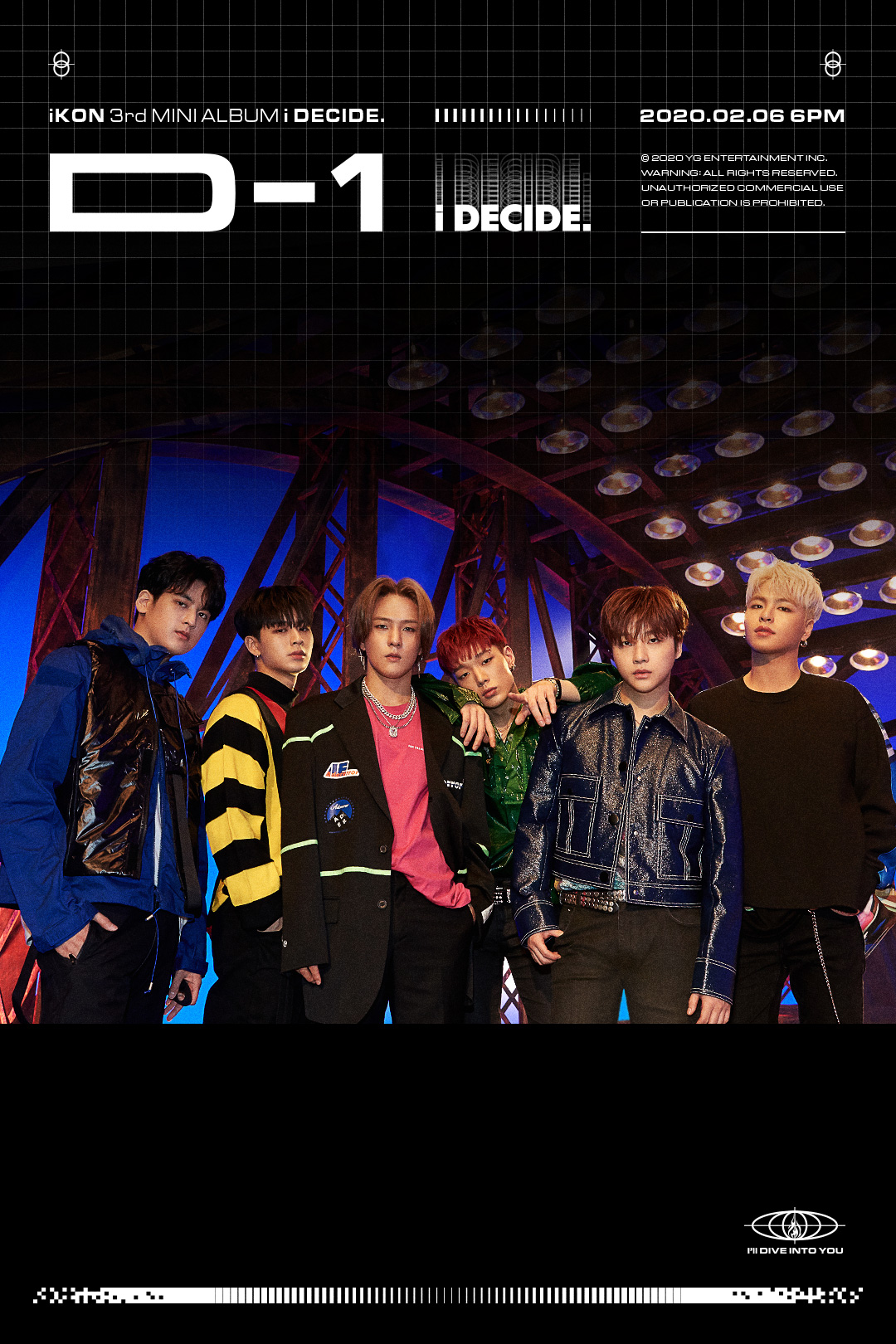 On February 6, D-Day poster and Release Counter were released. The agency also posted the counter for their VLIVE broadcast FM iKON. 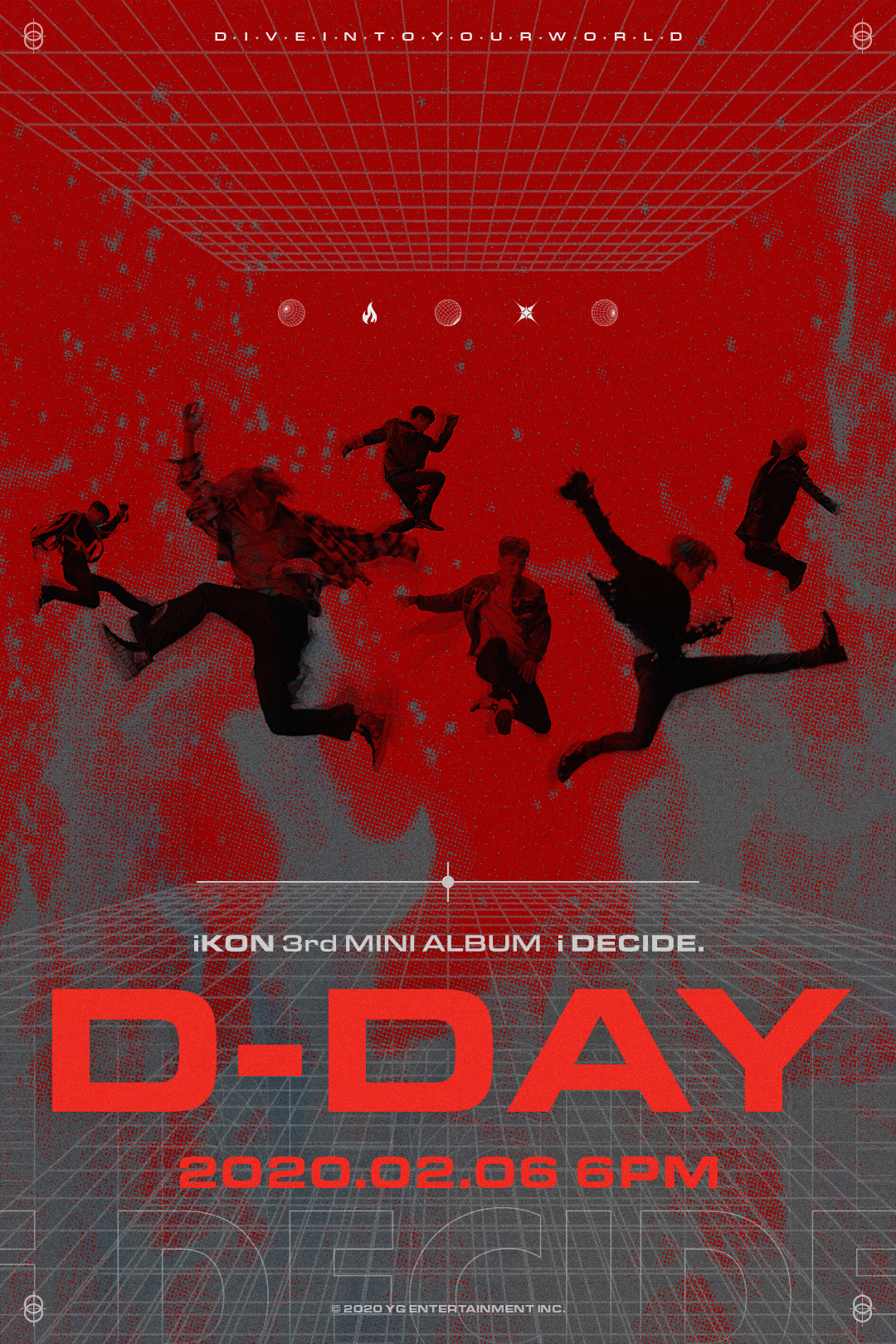 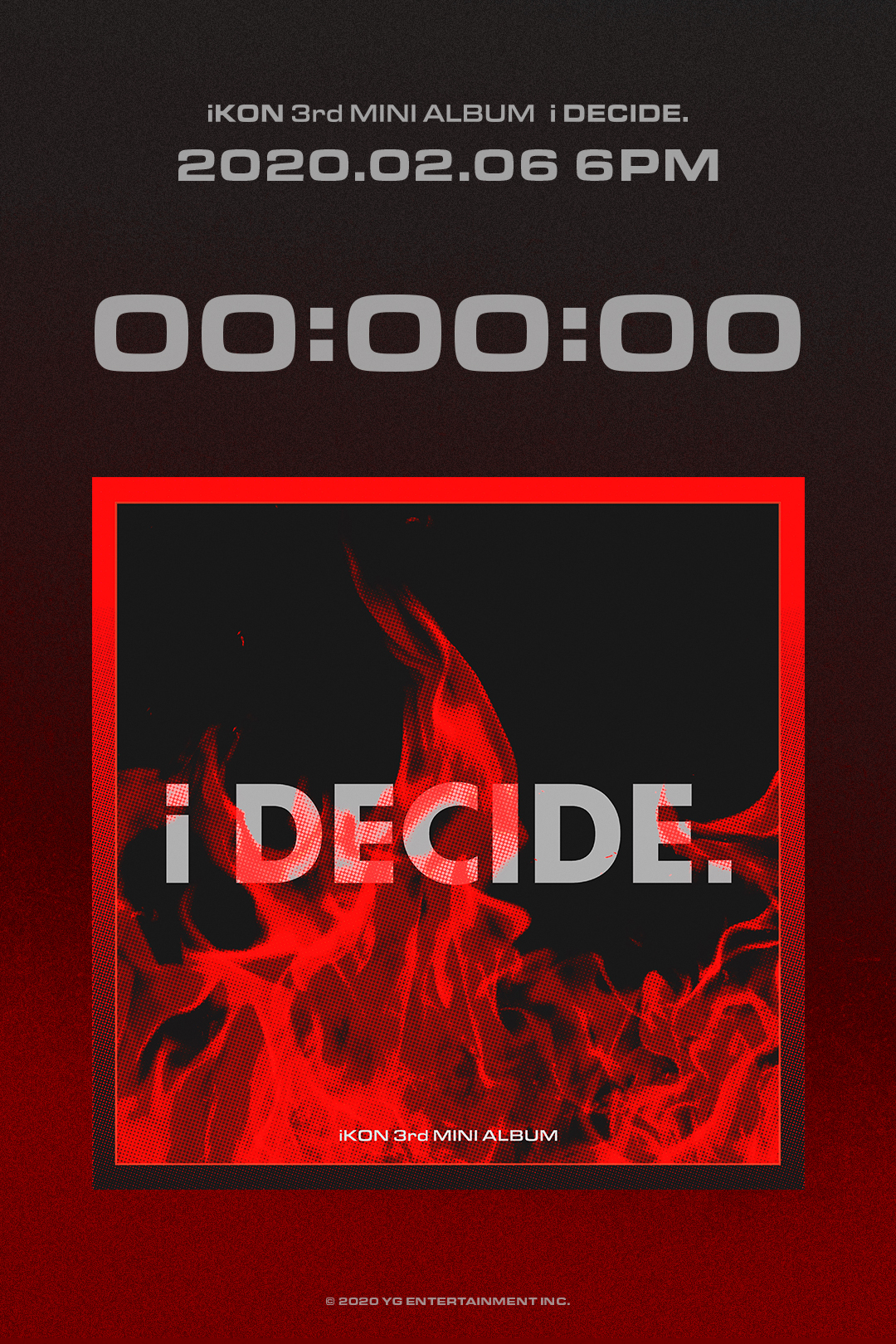 An hour after their broadcast, iKON’s third mini album and the title track’s music video were released simultaneously. Several minutes later, i DECIDE EP became available for streaming and purchase on Spotify and iTunes.

#iKON i DECIDE' is out right now!
Click the link to listen! @AppleMusic

i DECIDE, iKON’s third mini album, has five songs that are easy to listen to. The album showcased how the group’s dynamic has changed, but retained that signature sound that is unique to them. It is such an enjoyable album that even non-fans would find themselves listening to it more than once.

“DIVE”, the album’s title track, puts you in such a buoyant mood. The music is fast and upbeat, with lyrics that talks about a love driven by strong passion and intense emotions. The song has an uncomplicated arrangement. The simple approach helped in creating an addictive tune that gave the song its distinction.

The first track, “AH YEAH” has drumbeats that pumps listeners. The marching sound at the beginning of the song is such a good way to start, captivating those who hear it. It is a standout with its constant rhythm, keeping the energy from beginning up to the end.

Tapping on their romantic sides, iKON gifted fans with the song “All The World”. Though the tempo is fast, the lyrics blatantly speaks of how love or loving someone completely alters and influences the other’s world.

Toning it down a little, the group confidently showed their vocal abilities through the song “Holding On”. Completely different from the first three songs, the easy-listening track is indeed an earworm. The chorus is addictive, and each member is able to shine vocal-wise.

Probably the song that struck a chord among iKONICS (iKON’s fandom name) is “Flower” the fifth and final track in the album. The song is quite special because it is member Dong Hyuk’s debut as a composer.

Contributing to both the lyrics and composition, Dong Hyuk showed so much promise. The melody and words are poignant, and anyone who knew the group’s struggles in the past year would instantly see the significance of each line.

The over-all theme is about goodbye, but as the members sing and pour their emotions, listeners can feel that the memories and the person remains in their hearts.

iKON’s i DECIDE marks a new chapter in the group’s journey, but it also displayed how the members are holding on to the sound that defines their music.

Listening to the song is quite different from seeing all six members dance to it. Long time fans will definitely feel that something is different. It is always hard looking at a group who went through a transition like iKON did.

The absence is palpable and B.I. has left a void that only he can fill. However, the members did great despite the change in their dynamics. B.I. may not be there physically, but the song screams of his presence.

The music video features the energy and swag that characterized iKON. The sharp moves that endeared them to their ardent fans remain and it is quite nice looking at the members perform after a year-long hiatus.

The M/V has a Dystopian setting. But seeing the members in their colorful outfits made it seem they are the “light” that shines in that dark world. “DIVE” speaks of an overwhelming love and it is also a representation of the members’ readiness to show fans they are back.

Yes, they faced a great challenge, but nothing can stop them from diving into the ever-changing world, armed with tenacity and great music.

Images and Videos from YG Entertainment

We need your support! If you have enjoyed our work, consider to support us with a one-time or recurring donation from as low as US$5 to keep our site going! Donate securely below via Stripe, Paypal, Apple Pay or Google Wallet.
FacebookTwitter
SubscribeGoogleWhatsappPinterestDiggRedditStumbleuponVkWeiboPocketTumblrMailMeneameOdnoklassniki
Related Items3rd Mini AlbumcomebackI DECIDEiKON
← Previous Story ONF To Share A Sweet “Message” Through Upcoming Special Digital Single
Next Story → Romantic Korean Dramas On Netflix To Sweeten Your Valentine’s Week