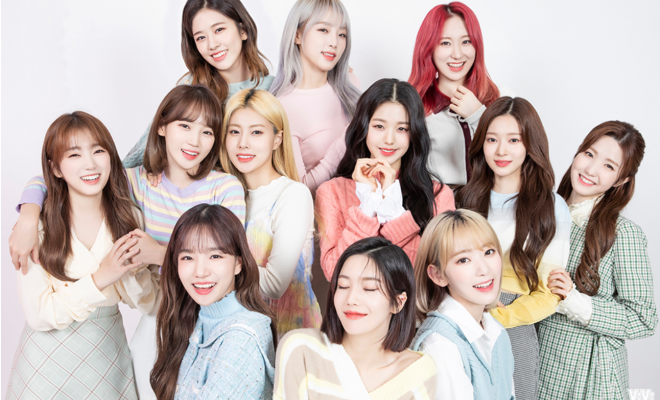 Following the magic of their recently released Korean album, IZ*ONE keeps the excitement going with their Japanese album titled Twelve!

IZ*ONE releases their first full-length Japanese album since debut, titled Twelve. Including the Japanese version of Korean favorites, IZ*ONE versions of songs featured on Produce 48, and new Japanese tracks, the album is a cheerful and bright release from the up and coming girl group. 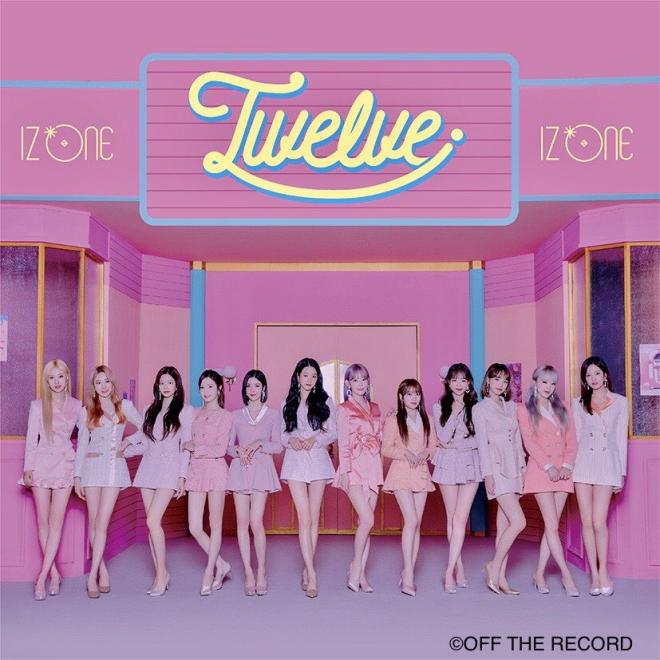 Following this announcement, the group unveiled their individual concept photos across their SNS platforms. Radiating in pink and orange hues, the members’ visuals and outfits were complimented by pastel-toned backgrounds. 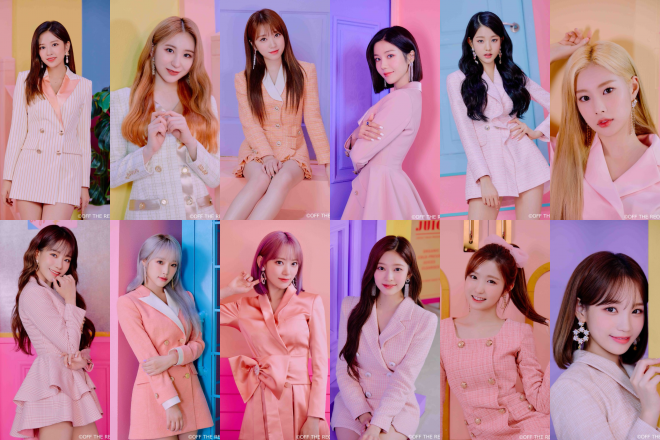 Following their individual shots, IZ*ONE revealed the first group image for the album. The twelve members stood together in a pink set, exuding refreshing charisma.

Subsequently, IZ*ONE also unveiled the two images heading “Type A” and “Type B” versions of the physical albums.

The members stood closely in one last group image, teasing the happy vibes of the album.

Following the group shots, the members also posed for fun unit images. Despite being split up, IZ*ONE’s cohesiveness as a team was still a strong theme in the photoshoot as they wore the same outfits seen in the group images, and stood in the same set. 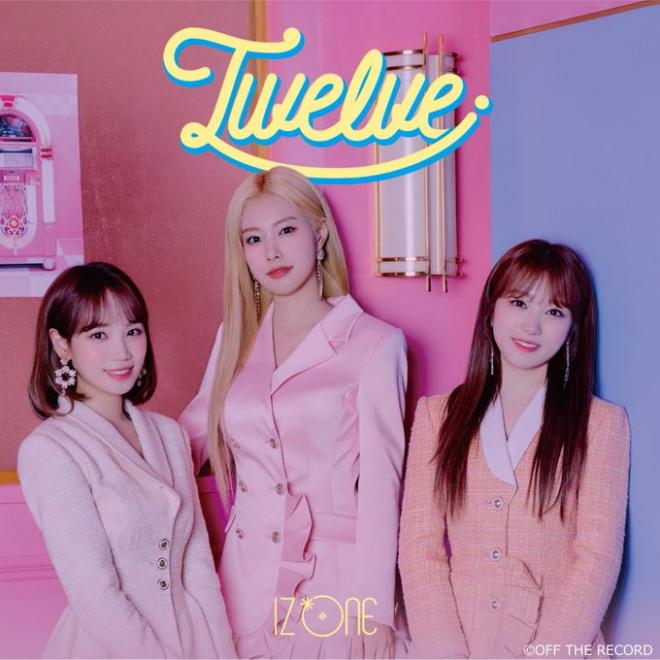 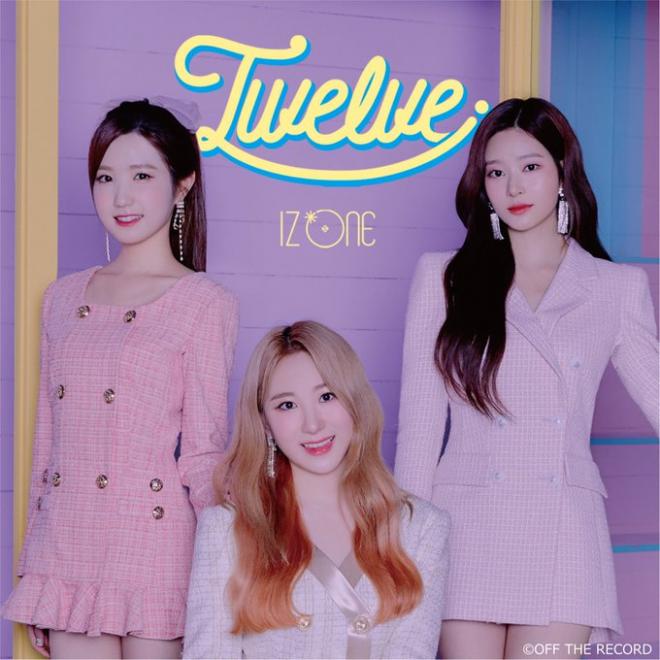 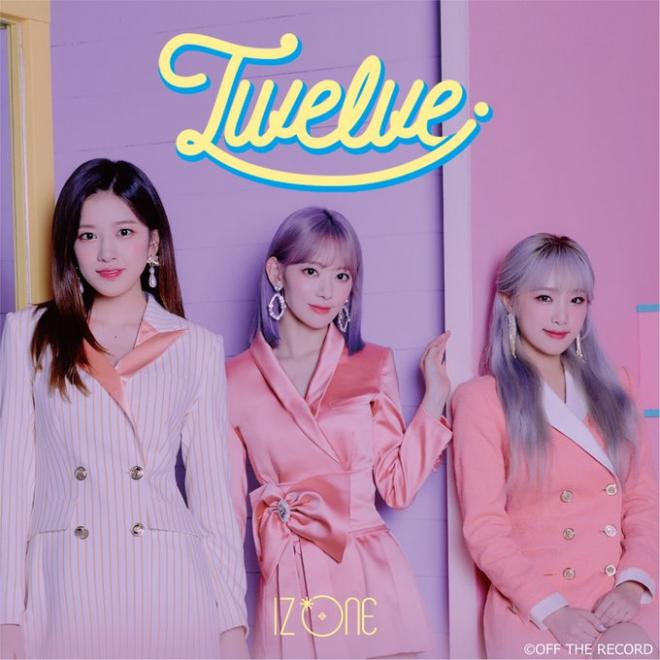 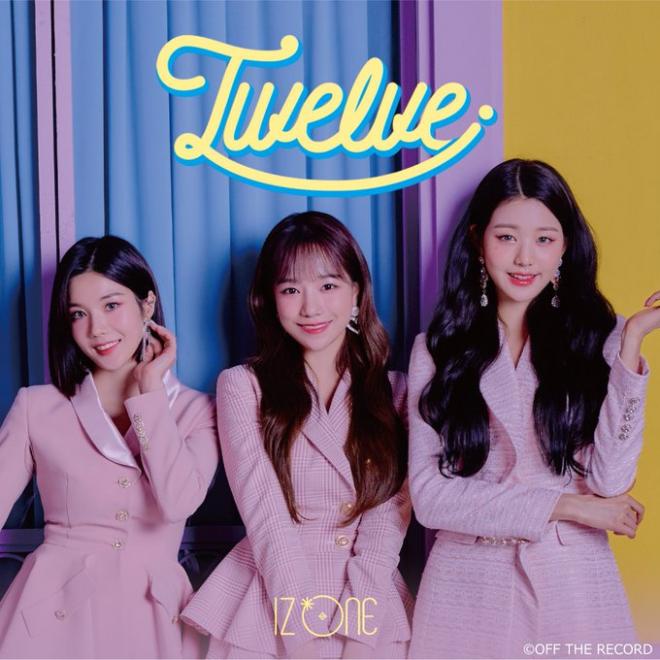 After releasing their last concept images, the group posted their first music video teaser for the album’s title track, “Beware”. Teasing an electro-synth pop beat, the members shined in a more girl-crush concept and playfully lounged in the same set featured in their teaser images.

IZ*ONE then released its “Digest Trailer”, a short video providing fans with a sneak peek at the tracks of the album.

Just ahead of their comeback with Twelve, IZ*ONE treated fans to a pre-release of the music video for “Beware”, increasing anticipation for the album.

Featuring a mix of new tracks and beloved favorites translated into Japanese versions, Twelve overall is a sweet listening experience.

“Beware” opens the album in an electro-pop synth track. Its upbeat melody slows down into a slower second verse, allowing members’ vocals to shine before ramping back up to its cheerful chorus. The track is an apt representation for the album’s general positive vibe. The second track, “Vampire” opens with a more sensual hook than the first song. The contrast between the deep bass and the piano makes for a fun, jazzy listen.

“Suki to Iwasetai” is a standout on the album. With its guitar and drum-driven melody, the song is reminiscent of a coming-of-age track. Meanwhile, the subsequent track titled “Waiting” is a fast-paced track that is equal parts whimsical and bright. “Buenos Aires” carries the same jazzy feel as “Vampire”, followed up by “Suki ni Nacchau Darō?”, a song originally from Produce 48 now renditioned by the final IZ*ONE members.

“Yummy Summer” stays true to its title, evoking the sound and feel of summer through its percussive beat. This is followed by the Japanese versions of “La Vie en Rose”, “Violeta”, and “FIESTA”, creating nostalgia for the members’ growth since debut. “Yume o Miteiru Aida” is another Produce 48 track, but a brilliant ballad to enrich the album.

“Dōtsururebaii” is probably the darkest sounding song of the album with trap beats and riffs of electric guitar, which provide a nice contrast to the otherwise bright album. IZ*ONE ends the album with “Shy boy”, a cute track reminiscent of gaming tracks with its high synth and punchy instrumentals.

As its album title suggests, the distinct charm of individual members, as well as their charisma as a team of twelve, shines in every song. Moreover, Twelve embraces and embodies J-pop as a genre. While the poor execution of mixing vocals to the instrumental track throughout the album can be distracting, overall, IZ*ONE’s delivers a cheerful and uplifting album.

The music video for “Beware”, provides a mystical beginning, showing a miniature world in which the members reside. As the camera pans in closer, viewers are brought into the magical world of IZ*ONE featuring the members playfully dancing in various sets such as an IZ*ONE Theatre, a floral room, and a diner.

The upbeat choreography, colorful sets, and neon lighting near the latter end of the video are perfect counterparts to the upbeat track. Overall, the music video encapsulates the bright energy and playful nature of IZ*ONE.

Video Source: Off The Record Entertainment