Singer-songwriter Jeong Sewoon returns with another masterpiece of an album 24 PART 2. The second part of his first full-length album is filled with songs of various genres that deliver their own outstanding atmospheres. 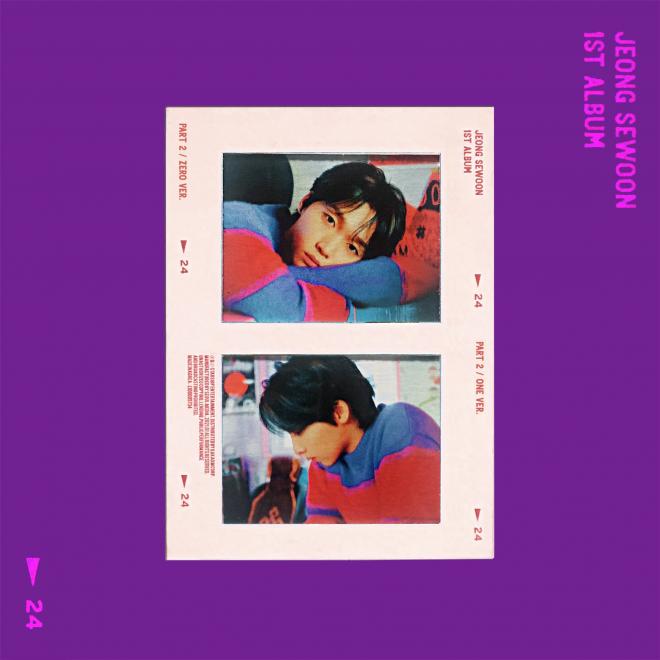 Last December, Jeong Sewoon dropped a surprise poster, announcing his comeback at the start of the new year. He drew attention by revealing the second part of 24 and a new side that was yet to be shown.

Shortly after, the singer shared his countdown schedule, promising various content prior to the album’s release.

The first unveiled teaser was the loaded track list poster that featured not only the songs’ names but also a beautiful photo, reminiscent of a cozy winter. It also showcased the active participation of the singer in the creation of his new album.

The concept Images were separated into two versions named “Zero” and “One”. In each photo, the artist showed a more mature side to him, while displaying his dashing visuals. 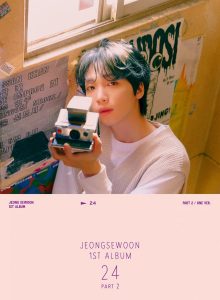 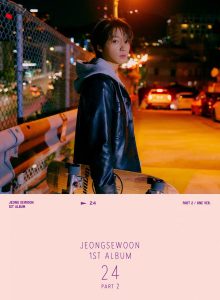 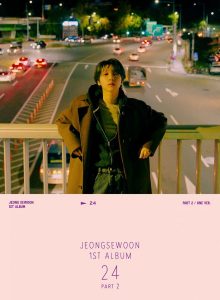 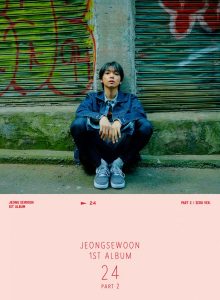 As a surprise, Jeong Sewoon also dropped lyrics photos for each track, just like he did with 24 PART 1. 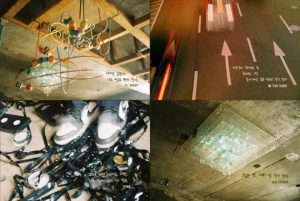 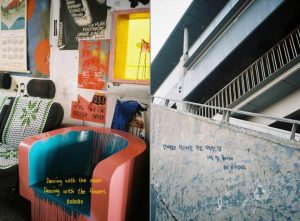 The 24 Film focused on the more mature side that the singer aimed to show. Along with that and his brilliant visuals, the narration was added to the clip that gave out the feeling of hope.

Additionally, two music video teasers were dropped to further stimulate the excitement among fans. The clips gave a glimpse at the new title track. The combination of the melody and the scenes created a restrained sophisticated and chic mood.

Of course, the album preview was also present as one of the contents to promote the album. Along with the many images that played out during the clip, the singer shared small snippets of each track. They stood out with the different moods and melodies, further exciting about the full versions of each song.

The album opens up with “:m (Mind)”, a sensuous pop-style track with a simple acoustic melody and unique synth sound. The sweet vocals of the singer complete the piece, making this a playful sounding number.

Following up is the outstanding pop and title track “IN THE DARK”, which delivers powerful acoustic guitar riff and groovy rhythm. The song conveys a message of hope when there is none in sight.

The lyrics compare a gloomy or down mood to the nighttime when things seem hopeless. Even then, the artist suggests listeners keep going strong into the light.

“Fine” attracts attention with its addictive hook melody and groovy sound. The song is quite pleasant to listen to with Jeong Sewoon’s lovely vocals and the rhythm that makes listeners sway along.

The album continues with “DoDoDo”, a retro jazz track that brings out a warm and comfortable feeling to immerse one’s self in. The relaxing piece can remind fans of an old black-and-white movie, even allowing listeners to imagine a performance that would bring them back in time.

The next piece, “Find You”, is a romantic track with acoustic guitar and retro drum sounds. The singer’s sensibility is felt through his pleasant voice and the lyrics that express one’s feelings towards another. The music number resembles a confession and the realization of a person’s own emotions.

Lastly, “Be a Fool” is a simple track with a faint jazz piano melody that harmonizes well with the artist’s attractive vocals. The beautiful instrumental work and the sweet voice create a chill atmosphere to finish off the album in a peaceful and relaxing way.

“IN THE DARK” MV Afterthoughts

The music video for “IN THE DARK” is absolutely amazing, fitting the song and its message perfectly. Most of the clip shows Jeong Sewoon roaming around in the dark, displaying different expressions.

Some of those include a worrying face, portraying how a person can feel anxious or scared. Even then, he showcases the strength he finds to keep going throughout the video, despite the lack of light.

Just like the song conveys hopeful messages, the artist also portrays them during his music video. The singer proves that a person can find the motivation to keep going and reach brighter moods, even when alone in the dark. He visibly shows it with his dancing moments and the smile that reaches his expression.

Moreover, the video brings out the inspiration to “hold your head up” and that being in the dark is fine. The simple action of randomly dancing and the more positive mood of the artist create the perfect uplifting message.