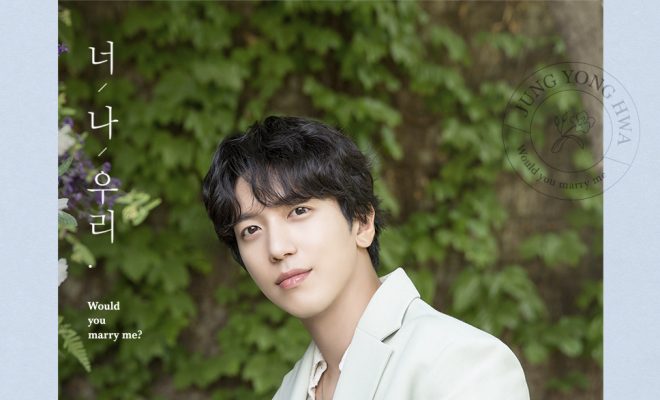 By Kirsten Marquez | May 20, 2020
FacebookTwitter
SubscribeGoogleWhatsappPinterestDiggRedditStumbleuponVkWeiboPocketTumblrMailMeneameOdnoklassniki

Upon its release, fans were swept away by the group’s harmonious vocals and tender lyrics! 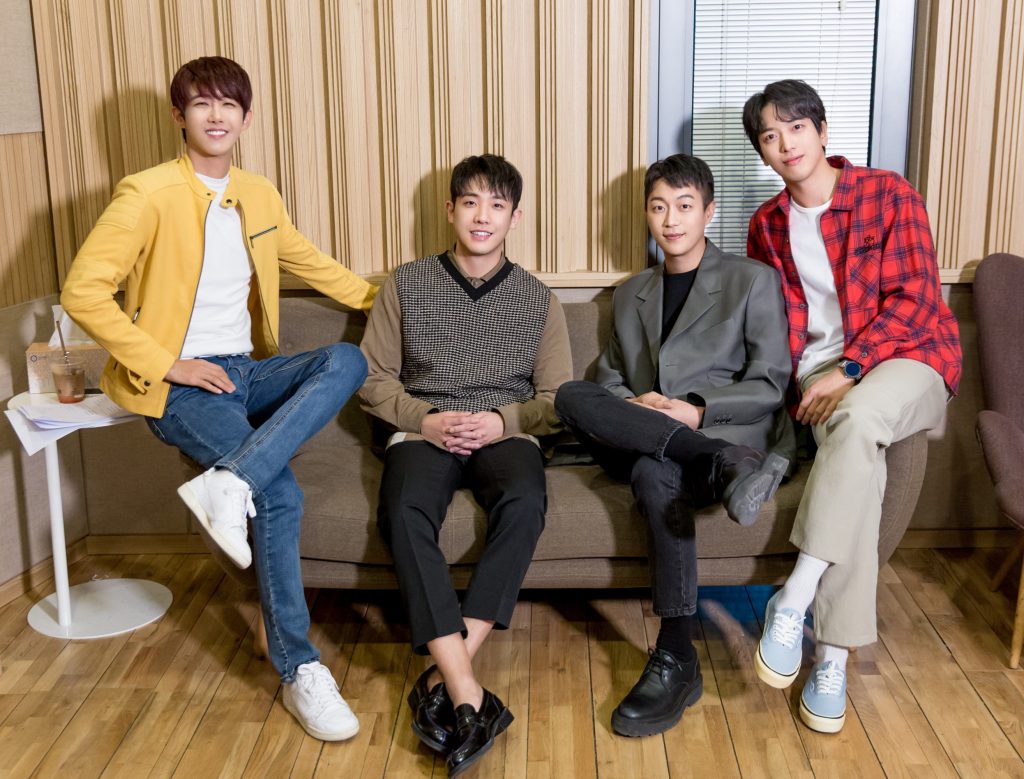 “Would You Marry Me?” Comeback Timeline

On May 11th, Jung Yong Hwa’s comeback news was released on CNBLUE’s official Fancafe Twitter. The SNS account posted the announcement with a teaser poster, resembling a wedding invitation. 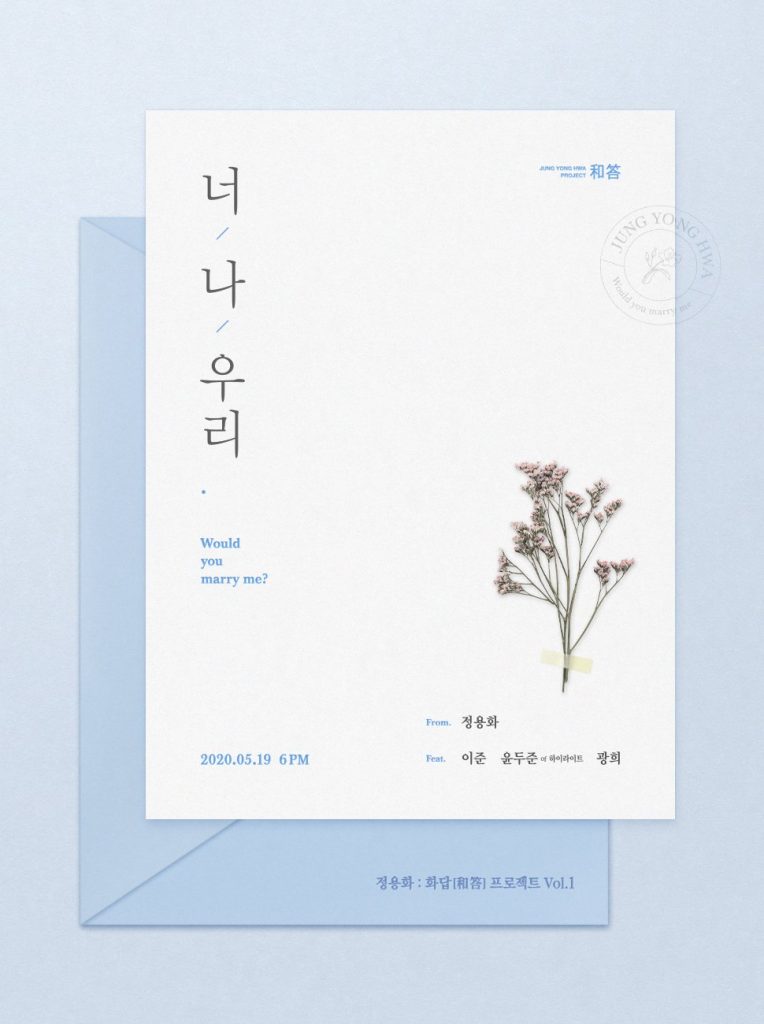 The same day, FNC Entertainment also reported to media outlets that “Would You Marry Me?” was a song produced for the springtime, with loving lyrics that talk about couples overcoming challenges with each other.

After the teaser poster was released, CNBLUE’s Fancafe Twitter posted more teasers, including a group image of the four singers and a short video of their recording session for the single.

Yong Hwa also posted the news of a wedding event across SNS platforms. Encouraging couples to send in their couple stories, the singer promised he would personally send them a congratulatory singing video.

On May 14th, the artist released his first concept photo. Showcasing the spring vibes of the song, Yong Hwa can be seen sitting at a piano surrounded by flowers. The artist appears as if he is a wedding performer. 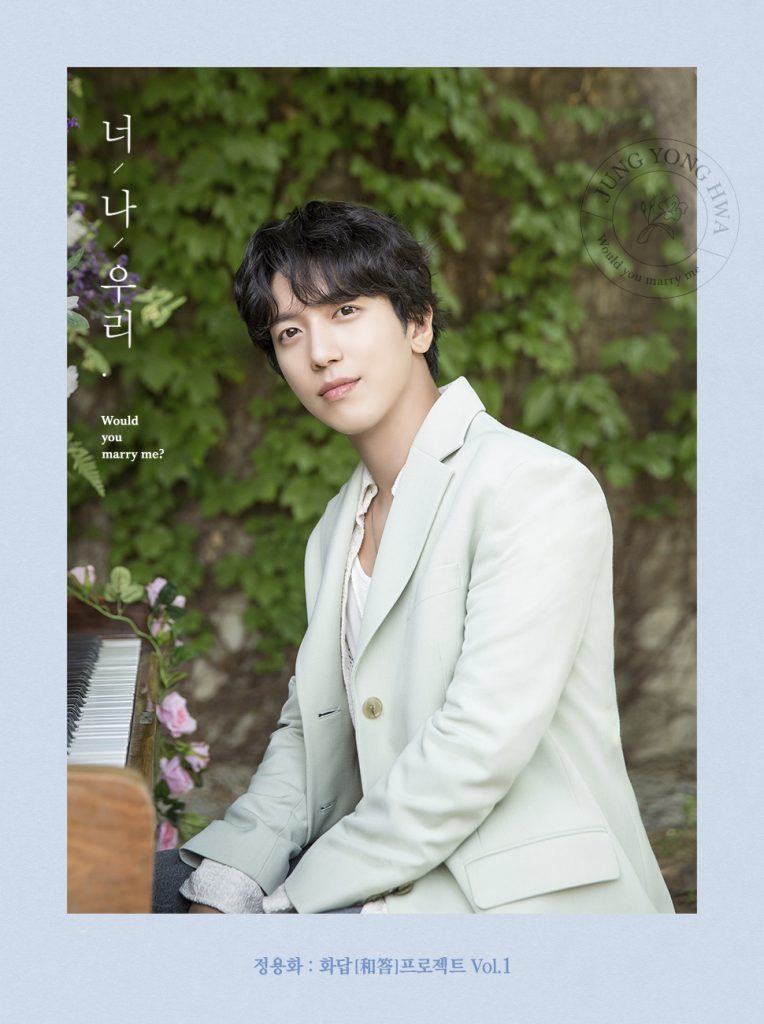 On May 17th, Yong Hwa released a short video on YouTube discussing his thoughts on the song. The artist fondly recalls the MBC variety show Infinite Challenge when he met his friends featured on the “Would You Marry Me?” track, during the “Wedding Singers” episode in 2016.

The singer explained that their reunion made this project very meaningful and nostalgic. Moreover, he hoped his fans will enjoy listening to the song, describing it as “warm, mellow, and sweet”.

On May 19th, Yong Hwa revealed the music video teaser on FNC Entertainment’s YouTube channel. In the short clip, the singer performs in front of a crowd of people. The camera shows close shots of couples getting closer as Jung Yong Hwa sings “Would you marry me?” against a jazzy beat.

Finally, on May 20th, the anticipated love song was unveiled for fans to enjoy.

“Would You Marry Me?” First Impressions

Yong Hwa promised a spring delight and “Would You Marry Me?” was truly a bright listen, perfect for the warmer weather!

A mix of piano, snapping, and drums, the track was driven by a jazzy beat. The melody is catchy but indeed the mellow tune that Yong Hwa promised in his teaser interview resonates. The easy-going rhythm coupled with the airiness of the singers’ vocals created a sweet collaboration for listeners to enjoy in the sunlight.

Though simplistic in the track’s production and vocals, the song is anything but boring. Instead, the beauty lies in its calm appeal and laidback approach, creating a happy and warm listening experience for fans. Moreover, its sweet lyrics are a declaration of love and narrate the feelings of excitement one feels before marriage.

“Would You Marry Me?” MV Afterthoughts

Though the other collaborators on the song, Lee Joon, Yoon Doojoon, and Hwang Kwanghee, were noticeably absent, it did not put a damper on the music video.

The music video for “Would You Marry Me?” matches the tone of the song quite well – it is relaxed, calm, and mellow. The video switches from Yong Hwa performing the song at a party, to him singing among flowers and sunlight.

As he sings the sweet lyrics of the song at the party, the music video shows the young couples in the crowd swaying to the music, with some growing closer to indicate the song’s romantic effect.

Ending by showing Yong Hwa singing at a piano covered in flowers, the music video equated the springtime to the blooming of young love.

Hellokpop, as an independent Korean entertainment news website (without influence from any agency or corporation), we need your support! If you have enjoyed our work, consider to support us with a one-time or recurring donation from as low as US$5 to keep our site going! Donate securely below via Stripe, Paypal, Apple Pay or Google Wallet.
FacebookTwitter
SubscribeGoogleWhatsappPinterestDiggRedditStumbleuponVkWeiboPocketTumblrMailMeneameOdnoklassniki
Related ItemsJung Yong HwaJung Yong Hwa "Would You Marry Me?"Jung Yong Hwa comeback
← Previous Story A.C.E Sets To Celebrate Their 3rd Anniversary With A Special Online Live Concert
Next Story → NU’EST Talks About Experiences, Changes And Future Goals In An Interview With Arena Homme Plus