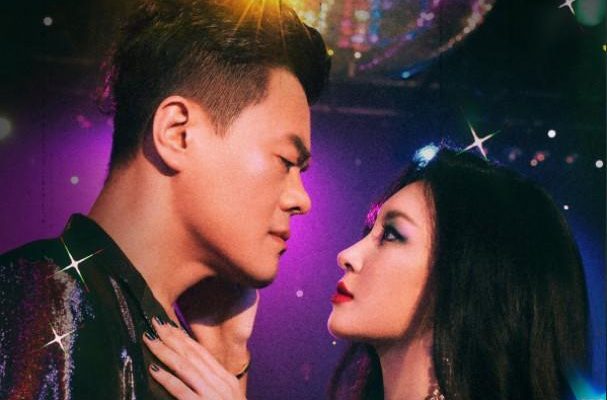 JYP and Sunmi bring back the disco fever with their latest summer duet!

Park Jinyoung and soloist Sunmi have reunited with a new release! 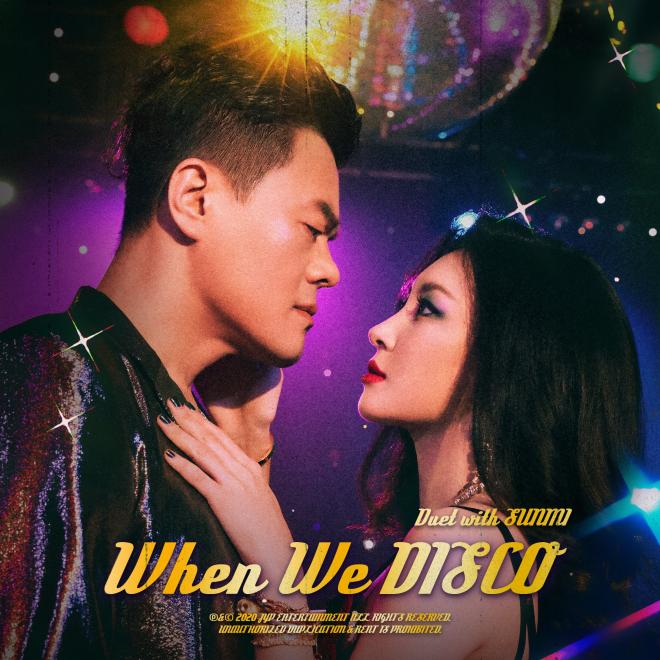 On August 3, JYP Entertainment announced the news of the duet to media outlets. Subsequently, the CEO and artist delivered the first photo teaser across his social media accounts.

After the duo’s concept image was released, JYP followed the previews with solo teaser images. Under a glimmering disco ball, JYP emanated the 1980’s with his fashion and hair.

Following the teaser images revealing the retro-inspired concept, the duo then launched the music video teaser on JYP Entertainment’s YouTube channel. Singing on city balconies and bathing in neon light, the short video hinted towards the ’80s spectacle in store.

On August 6, JYP released the second music video teaser. This time, the clips revealed a preview of the nostalgic choreography for the disco anthem.

The artist unveiled a final concept photo of the pair together.

On August 11, one day ahead of the single’s release, JYP released the music video for “When We Disco”, followed shortly by the actual track.

“When We Disco” Single Impressions

“When We Disco” is a nostalgic reminiscence of the ’80s. Though the track contains JYP’s signature catchiness and an upbeat melody, the song is perhaps one of the most playful releases this year. For all the seriousness a collaboration of this calibre could contain, instead JYP and Sunmi’s duet does not take itself too seriously.

The light-hearted fun and ’80s whimsy adds to the allure of the song. Against heavy electronic synths, Sunmi’s airier voice contrasts well with JYP’s more theatrical vocals, showcasing JYP’s apt decision in asking Sunmi to participate in this duet.

Moreover, the lyrics for “When We Disco” are cleverly self-aware. While JYP himself stated that the track was created in hopes to re-ignite the disco fever in K-pop, the track’s lyrics similarly depict a yearning for the past. As its production and its lyrics reflect one another identically, “When We Disco” is truly an anthem that calls back to the past and brings it back into the present.

“When We Disco” MV Afterthoughts

The music video for “When We Disco” is a kitschy, comedic take on the song’s lyrics. As JYP and Sunmi croon about their longing for their disco days in the past, the video mimics old school movies as it reveals the pair as star-crossed lovers, assumably kept apart by Sunmi’s brawny partner.

Though the initial narrative set-up is shocking considering the pair’s prior working history, if not taken too seriously, the music video complements the song well. Additionally, the creative direction behind the video creates a grand 1980’s spectacle. From elaborate sets and costumes, the lighting, the editing, and even the playful choreography, the music video is a true throwback to the past.

In this manner, “When We Disco”‘s music video is both cinematic as well as a fun nod to the ’80s.