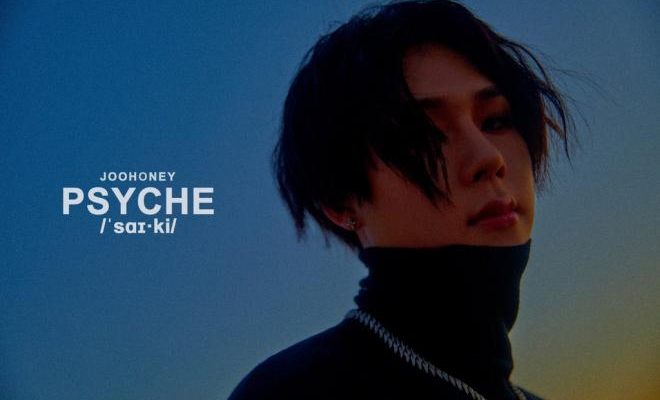 MONSTA X’s Joohoney is a gift. He has definitely showcased his sweet and savage side in his latest mixtape!

MONSTA X’s Joohoney has finally released his much awaited mixtape PSYCHE. Featuring a stunning mix of seven tracks, the rapper-singer is sure to take breaths away with the meaningful mixtape. It sees a very evolved side to the MONSTA X member which is reflective in each of the tracks and that is what makes the listening experience so evocative. 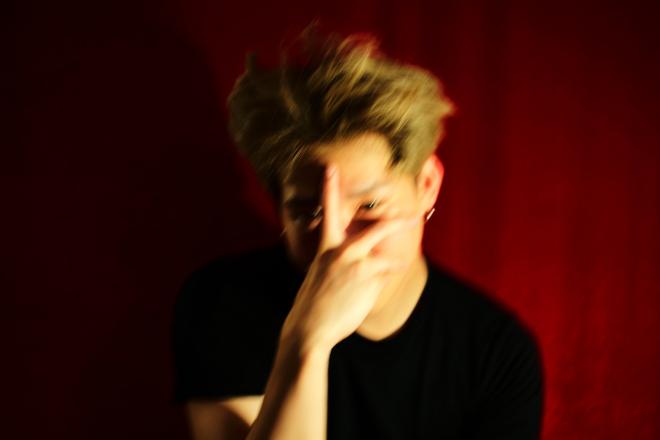 To say that this mixtape is a phenomenal masterpiece would truly be an understatement because the album hits deep with its lyricism but also makes listeners groove to its high octane beats. PSYCHE is swaggy as it is straight from the heart.

On an August 13 episode of MONSTA X’s Minhyuk’s VogueShip Show, Joohoney had teased fans with a sneak peek of a song titled “DIA” from his mixtape under works. However, the rapper finally announced its arrival with a post on the group’s official SNS on October 2.

Revealing that the mixtape was scheduled to drop on October 9, Joohoney unveiled an exciting track list on October 3, announcing seven tracks and two exciting collaborations on PSYCHE to look forward to. 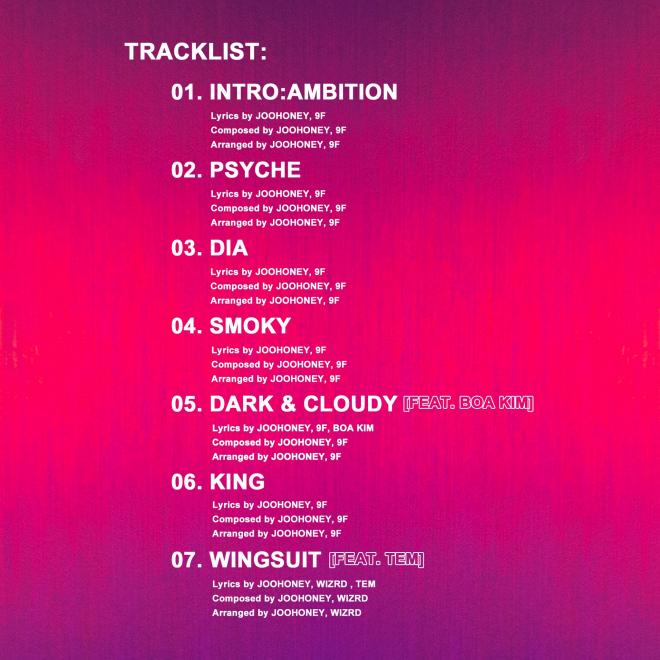 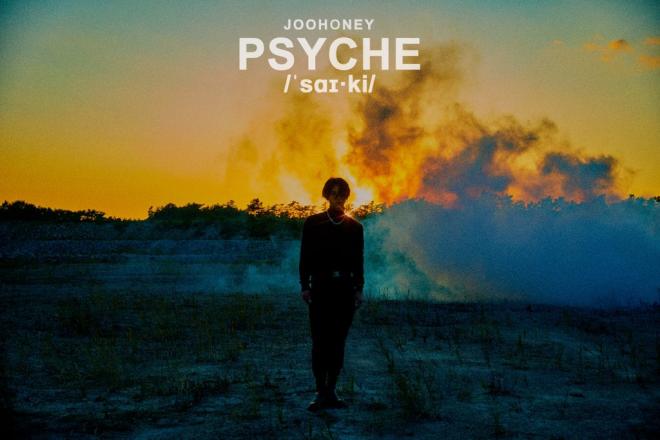 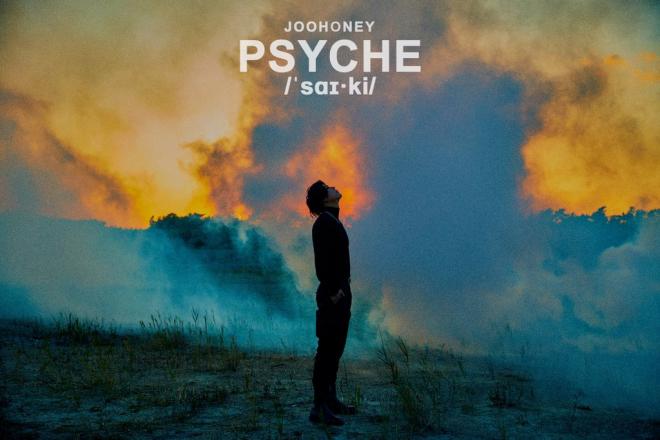 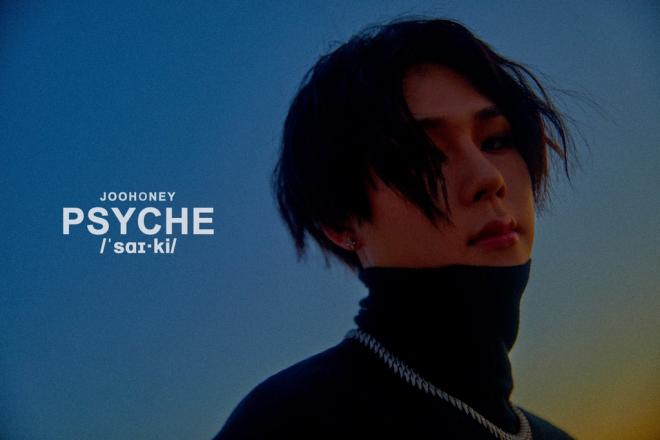 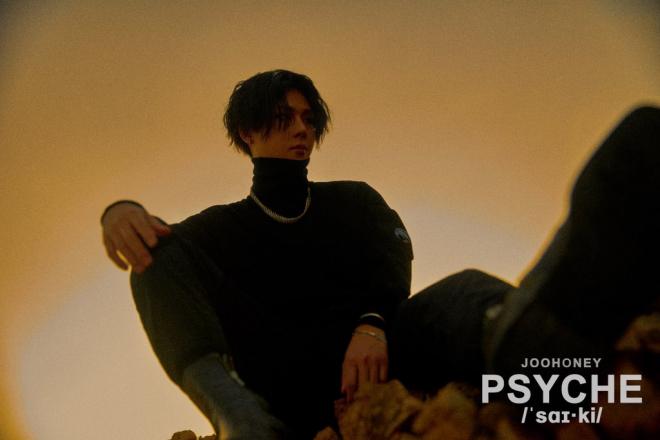 On his birthday Joohoney gave fans an endearing gift. He released an thrilling teaser of his track “SMOKY” on October 6. In the teaser, Joohoney is the epitome of strength. The clip is one that showcases the rapper’s more sensitive side.

On October 7, Joohoney set Monbebes’ hearts on fire with a show stopping full music video. The rapper channeled his ferocious side and went full beast mode in the video for his track “INTRO : AMBITION”.

The mixtape contains seven tracks in total “INTRO: AMBITION,” “PSYCHE,” “DIA”, “SMOKY” and “KING” . All of the tracks are produced by him along with 9F and WIZRD. Moreover, it features artists like KEEMBO and former SPICA member Boa Kim and former 4TEN member TEM on the tracks, “DARK & CLOUDY” and “WINGSUIT” respectively.

Each of the tracks sees a unique side to the rapper as he delves deeper into his thoughts and emotions which he expresses through his versatile sounds and style.

There couldn’t have been a more perfect intro to an album such as “AMBITION”. Joohoney cleverly puts together a strong track with snippets from his famous intros from various MONSTA X stages. Particularly, it sees the artist merge his verse from the Asia Artist Awards 2018 “Jealousy + Shoot Out” performance stage and his intro from 2018 MAMA Fans’ Choice In Japan. He then follows it up with his intro from the group’s “Alligator” Comeback stage and ends the track with his fiery verse from the recent “FANTASIA” Comeback Stage at SBS’ Inkigayo.

Joohoney embodies fire with his power packed performance on the track – complete with growls and all. He radiates this infectious confident energy which is what makes this track electrifying to its maximum level. 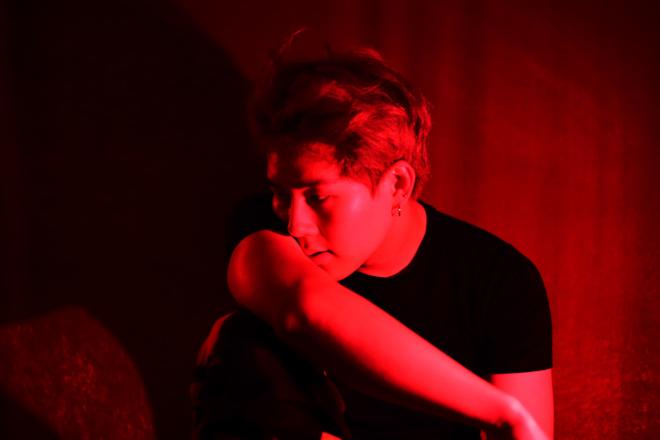 The title track serves as a comparison for people blinded by a life surrounded by money and fame as they flash their over-the-top lifestyle. The meaning of the term “psyche” in this track is used ambiguously – where on one hand it is somewhat of a metaphor of success and failures on the song; while on the other hand it refers to the rapper’s inner self.

While the minimal drum beat makes for quite the addictive melody overall, Joohoney’s lethal rap verses create a strong impact with lines such as, “They said it wasn’t and they tied me up and locked me up/ I closed my eyes saying that I would rather get better from a deep sleep/ Sweet without even discriminating/ You have to bitterly swallow the words covered in candy”.

“DIA” is hands down the track that will break the repeat button on listeners’ playlists. The song is a vibe for sure. The track sees Joohoney comparing himself to a sparkly diamond. He sings, ““Actually, my mom’s job is a jewelry designer/ I am DIA YA YA,” and he indeed is. The rapper shines on this number as he spits fire on each line and dazzles on “DIA” with confidence.

“SMOKY” serves as the sub-title track of the mixtape. The track takes on a more somber mood as compared to the other tracks on the album. Joohoney expresses vulnerability through the emotional lyricism that is laced with an air of desperation.

He talks about being held down by all the pain he’s faced over the years yet he showcases his strength when he asserts, “I’m trying to start again/ I’ll take on the pain/ I’m trying to smile again.” This is a hauntingly beautiful track to state the least.

This track showcases both a swag and a suave style. “DARK & CLOUDY” feels autobiographical in its conceptualization. On this song, the MONSTA X member looks back on his journey from his pre-debut days. He reminisces and speaks about the struggles he faced back to get to where he is now. Joohoney’s rapping style feels more wild than ever while Boa Kim adds a lulling delicacy on this piano based R&B track.

“It will be the moon that brightens the darkened darkness/ It will be a sharp dagger-like window/ I’ll become a king who keeps on walking even if I fall,” Joohoney vows in this dynamic track. He has an air of defiance yet power that is evident through the verses. The track spotlights the rapper’s commanding demeanor with excellence. There is no denying that with this track, “KING” Joohoney 1Hunnit has arrived!

“WING SUIT” is a track that sees the multitalented musician pay homage to his childhood alongside TEM a.k.a Esther Gongju Tham.

Joohoney looks back on his childhood days and thinks back on the lessons he learnt that fueled his drive for attaining success.

The awe-inspiring artist takes breaths away with his fiery lines. However, TEM shines on the track as she assertively raps, “Surprised to see me on a track?/ I told you all that I’d be back/ This is not what you expected now, that’s a fact/ Collaboration like no other just to be exact.” And it couldn’t be truer!

The collaboration is certainly is like no other for not just TEM, but also Oli’s voice can be heard in snippets in between verses, which just adds a dash of sweetness to the otherwise intense track.

Moreover, “WING SUIT” is the perfect track to conclude the mixtape especially with the closing expression being Joohoney’s signature baksu!

Joohoney takes viewers on an emotional journey through the music video for his track “SMOKY”. The monochrome look of the video intensifies its evocative feel. The otherwise fierce rapper who generally exudes boldness and ferocity with his style brings forth a more raw side to himself.

Throughout the music video, Joohoney is seen running through the smoke as if searching for a certain clarity and calmness. He calls out, “Can you hear me/ Somebody come help me now/ I am lost and I wanna be found/ It is smoky, smoky in front of me.”

There are a lot of instances in the video that are extremely moving. From the rapper’s painful expressions to him screaming silently while covering his ears – all are extremely heartbreaking to witness and will surely tug at viewers’ heartstrings.

All in all, the music video is both emotional as well as empowering as Joohoney asserts, “It’s all just in the moment/ Believe in yourself”.